Fifty years in the making. We've been waiting for this day since we were little. The anticipation was nothing like our city has felt before---and you could feel it everywhere you went. I mean, everyone was wearing their Chiefs gear---Gus included---& if you had your Red and Gold on, you were bound to get only smiles, waves and head nods thrown your way. For once, no matter what political party you are part of or who you are, everyone was on the same side--The CHIEFS side. 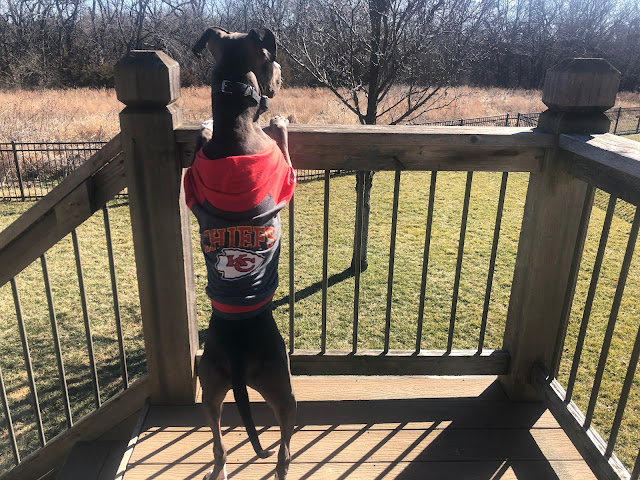 We started off our morning at church---in our Chiefs gear of course, it was welcomed. 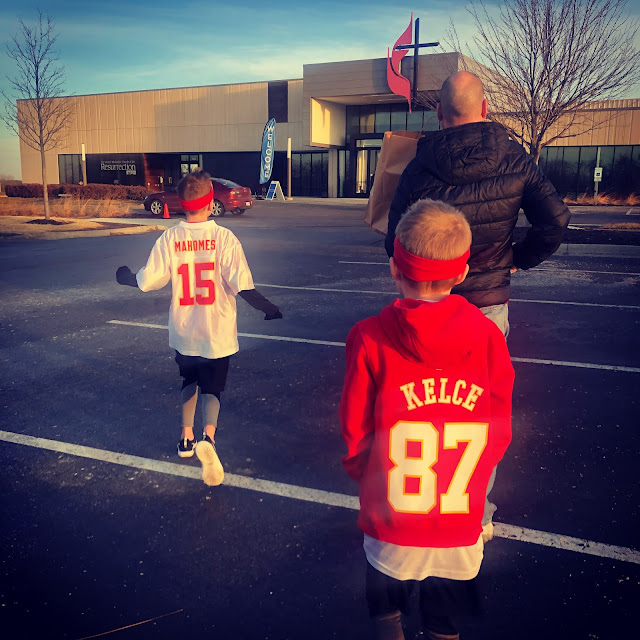 & then home we went to get ready for the big game. We were invited to a number of Super Bowl Parties, we thought about having our own but in the end Justin just wanted it to be us. He wanted to pause the TV if needed, rewind it if needed, turn it up if needed & most importantly, he wanted a good seat & no one in his way. I mostly agreed so we set our menu & we waited.
I did some chalk art while we waited. 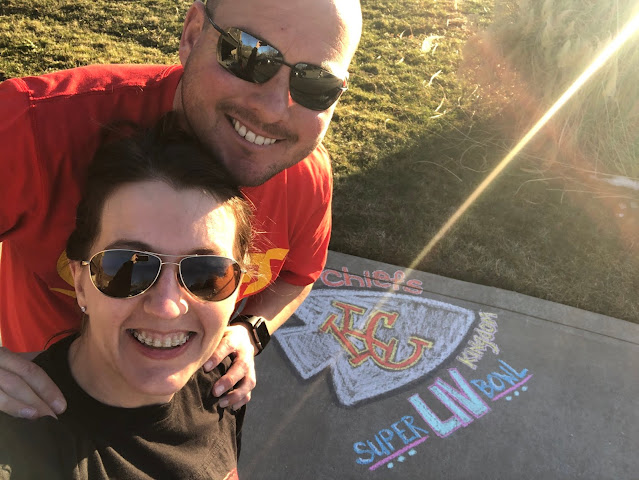 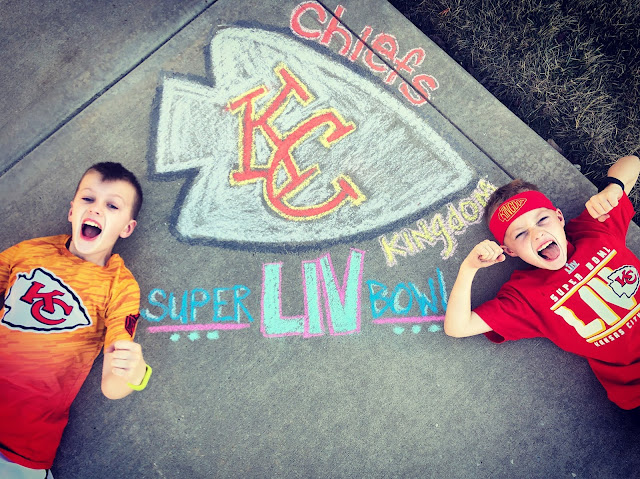 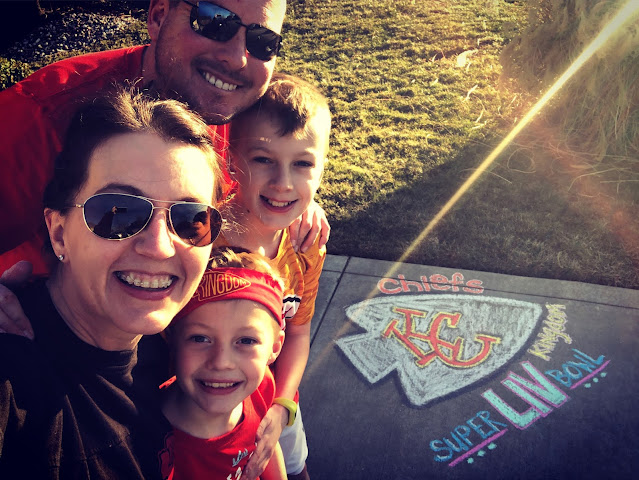 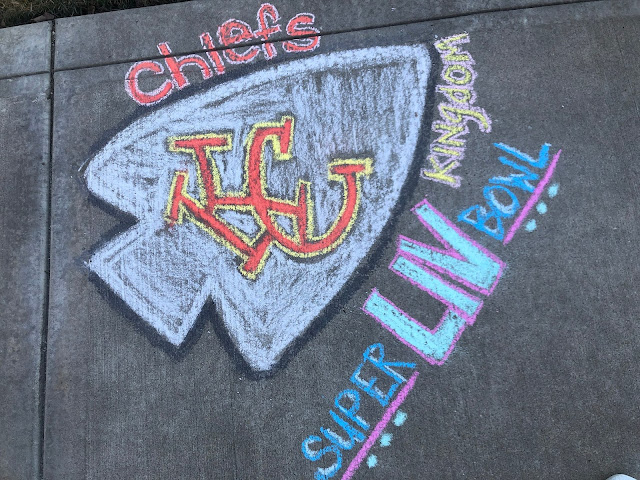 & then the game started. And we all got anxious. It was a surreal feeling. We were actually watching our Chiefs run out until the field for Super Bowl 54---like WHAT!?!?
There were lots of emotions, rollercoaster of emotions and at one time both Logan and Justin were looking like they were going to put themselves to bed. I just kept saying, "it's not over, we've seen this comeback before, we know they can do it!" & then the play that changed everything happened. WASP.
& the Chiefs never looked back--31-20, 21 unanswered points the Chiefs became Super Bowl 54 Champions. What a ride.
Fireworks & the sounds of pots and pans & honking of horns could be heard all around KC. 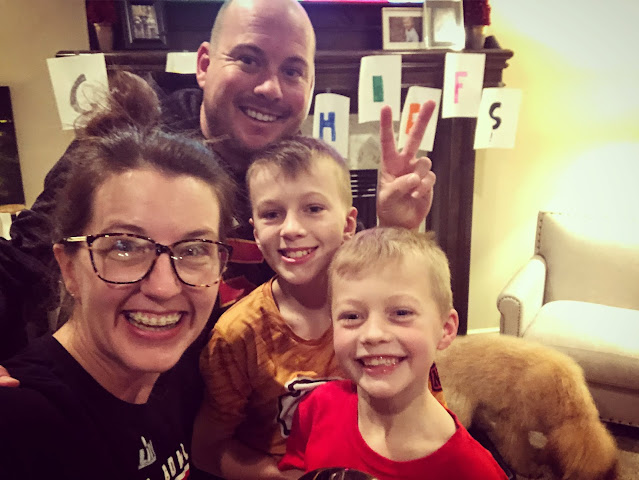 It took Justin and I 37 years in order to see both the Royals win it all in 2015 & the Chiefs become champs in 2020. Our boys, they not only got to see it by the time they were 8 and 10 respectively, but they will forever remember it happening too. 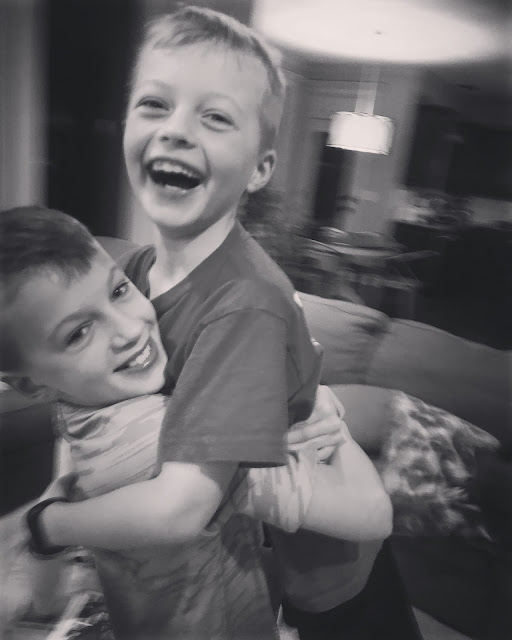 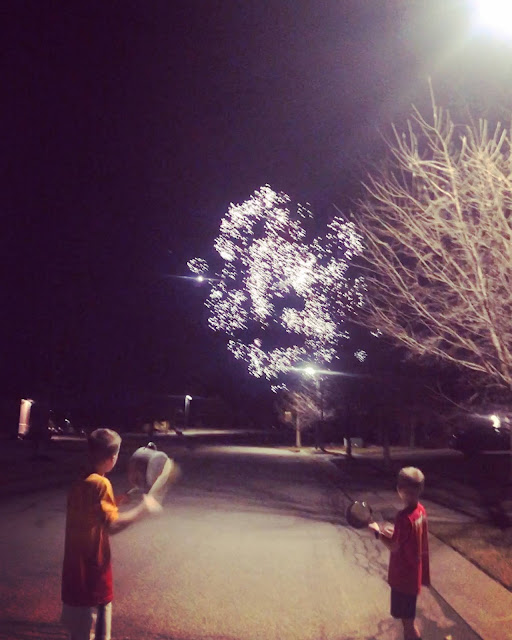 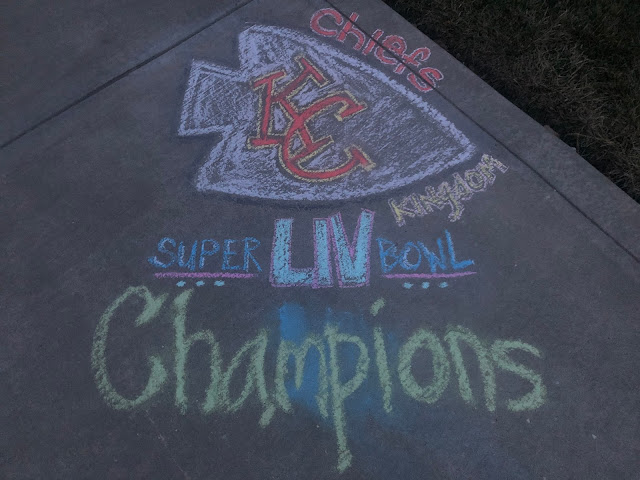