Just like when the Royals won the World Series in 2015, school was canceled when the Chiefs won the Super Bowl. I had the best of intentions to take the boys down to the parade but not only was it as COLD as ever BUT I was also without any help & was so worried that it would be beyond crowded & I just didn't want to risk it. So we stayed home and did the next best thing---attended a little gathering with friends to celebrate. 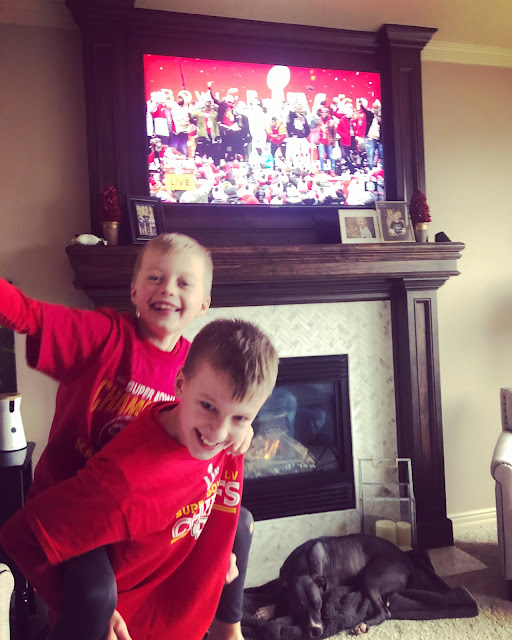 The kids ran wild & celebrated as the moms relaxed and watched the parade. This was something we had all waited for a very long time to happen & the only thing that would have made it better was being there in person. I had total FOMO & regret of missing out. 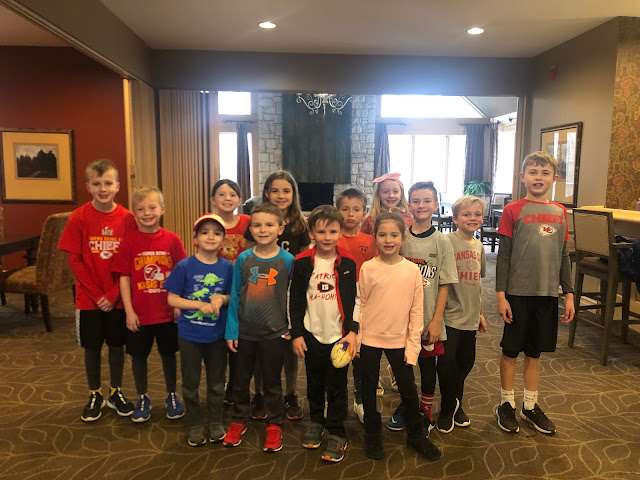 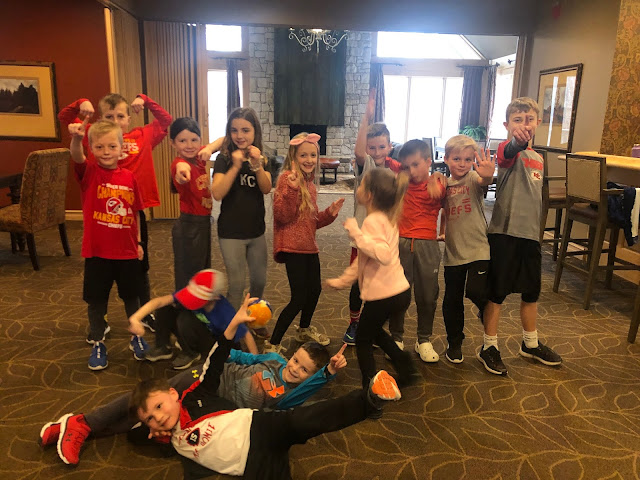 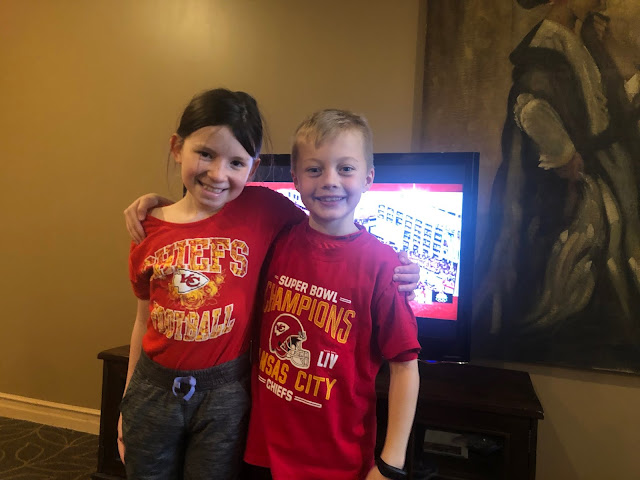