What an exciting time it is to live in Kansas City and to be a Kansas City Chiefs fan! All over the city photo ops are popping up and you know me, I have to plan our weekends around seeing and getting the shots while we could. The first one popped up at Power and Light so I suggested to Justin that we we head down there to eat at County Road Ice House before Logan's basketball game. I knew if I threw in some BBQ, he'd be game! 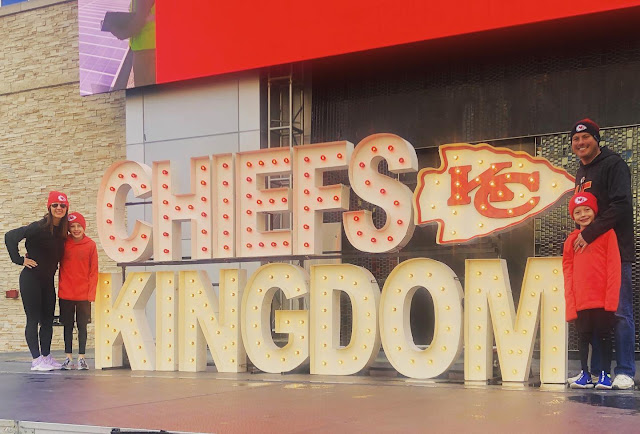 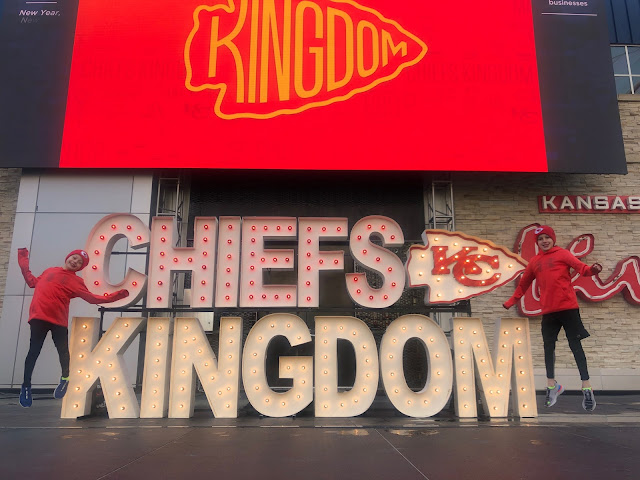 & then we played the Titans-- 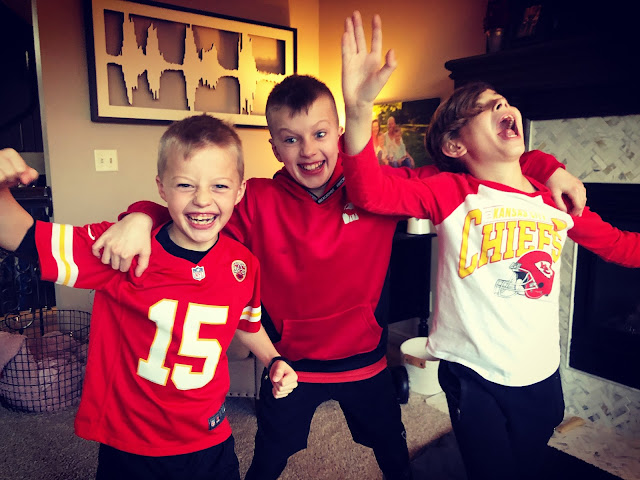 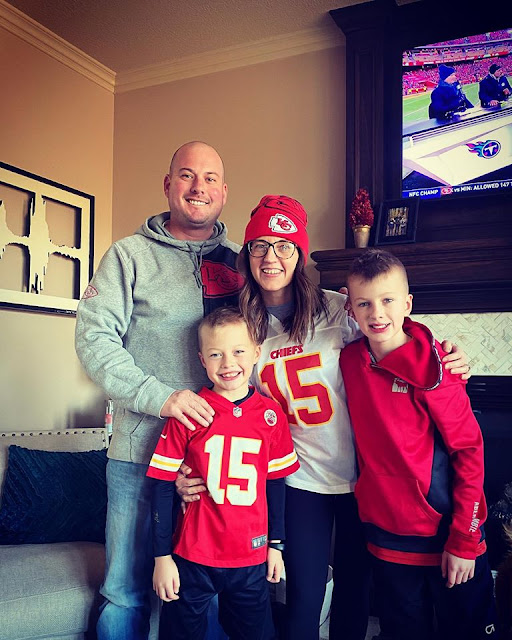 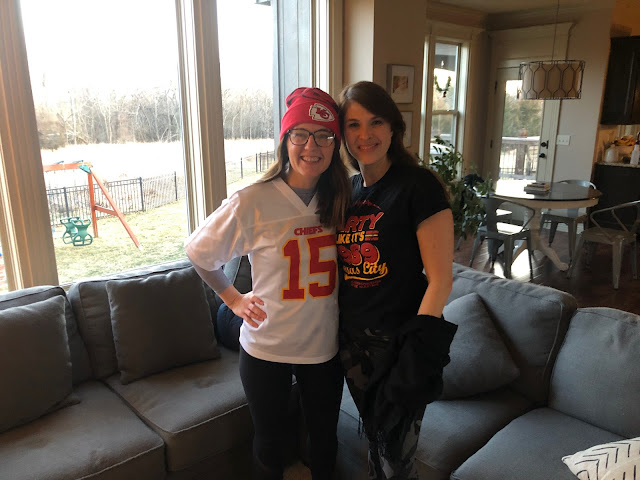 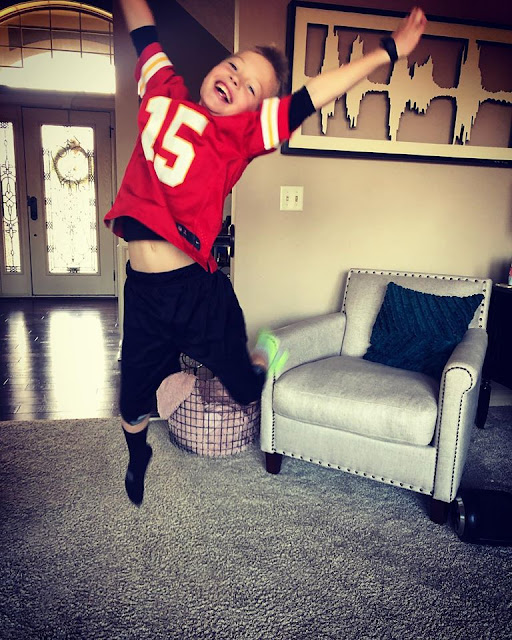 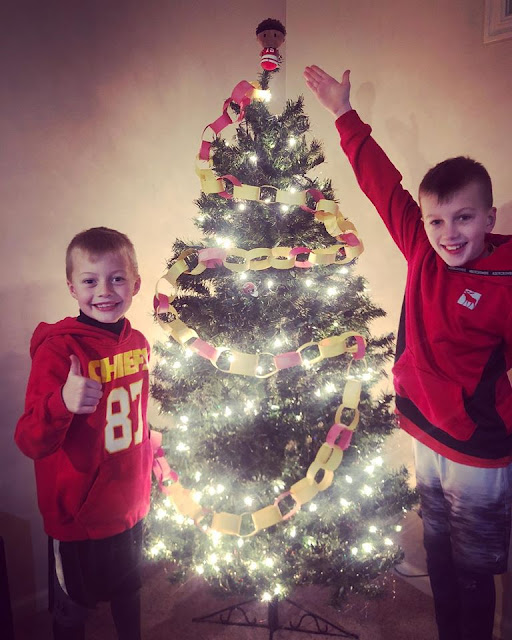 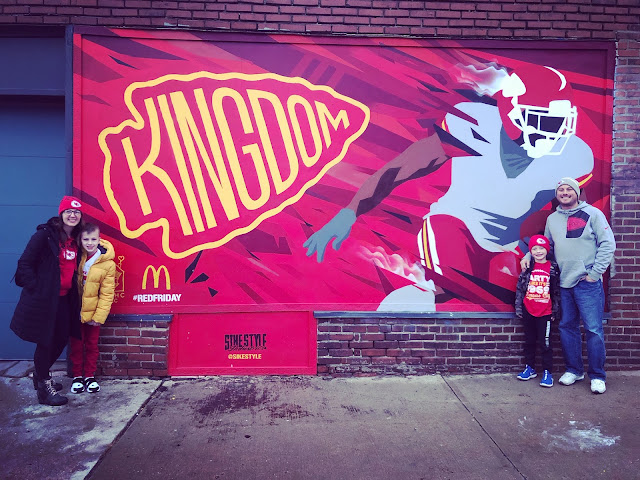 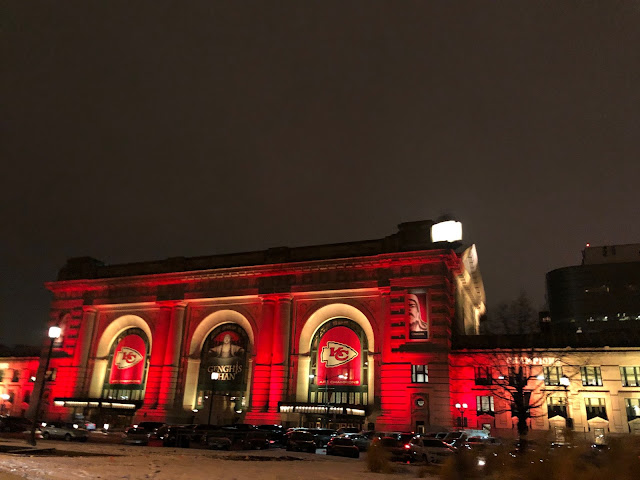 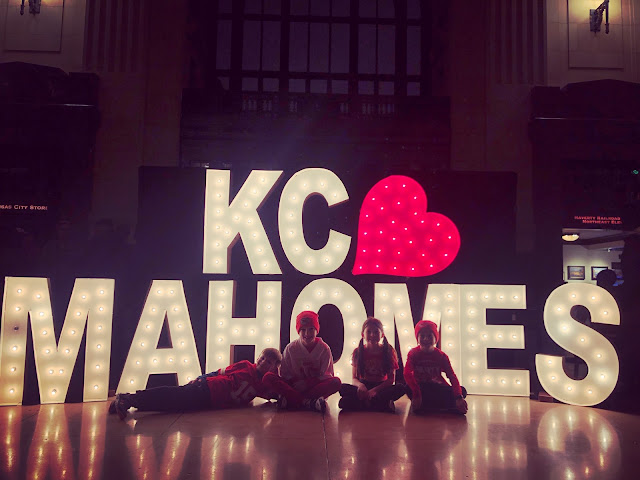 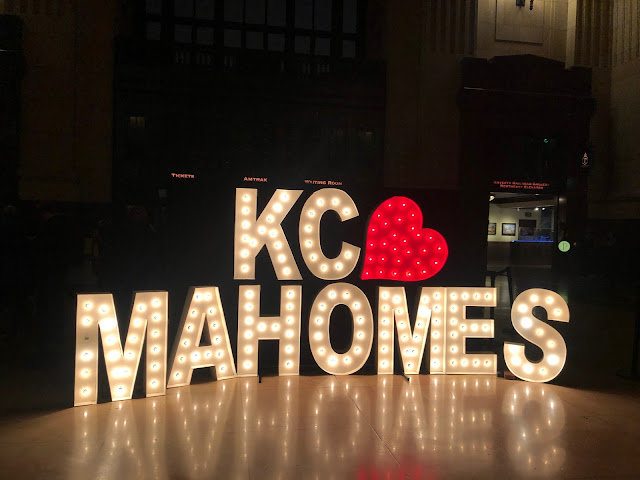 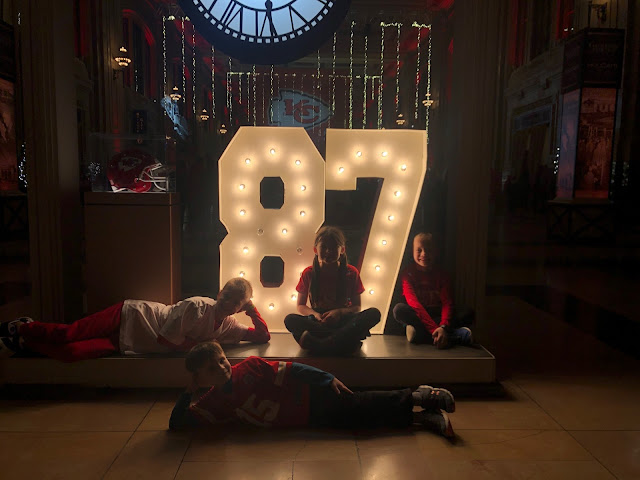 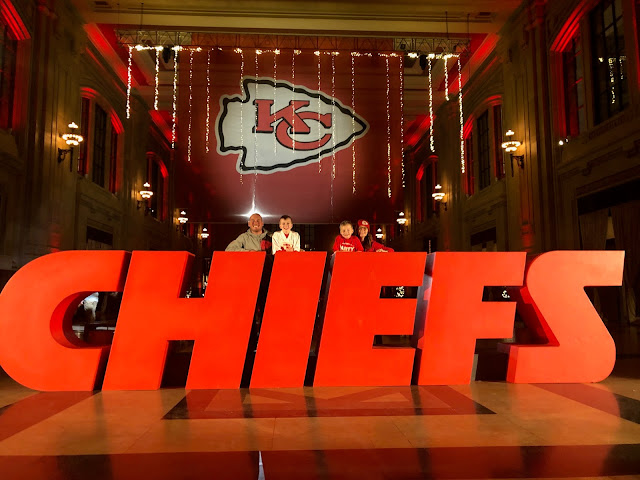 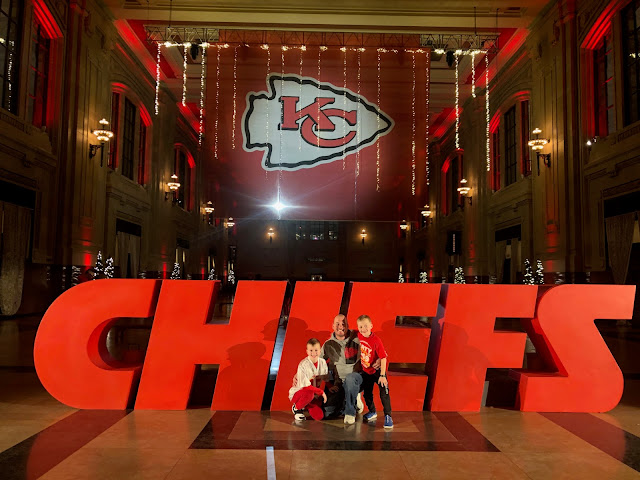 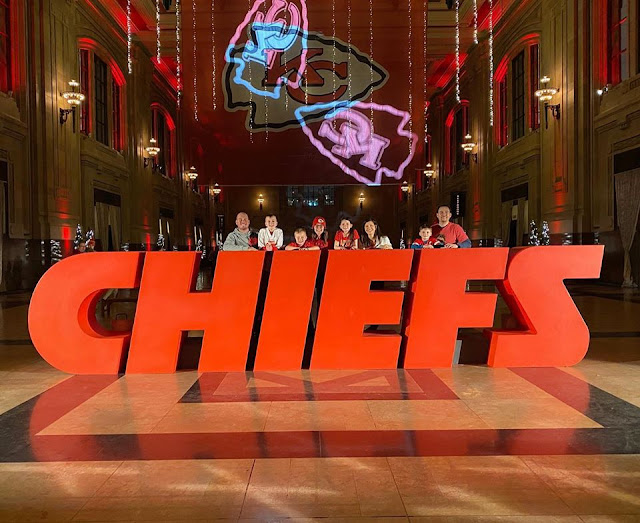 and we won, so more popped up all over the city and the best ones, at Union Station. We had plans to see one Madelyn play basketball one Friday night but because school was canceled we decided to turn it into a taco and photo night with the Dalboms--the excitement in the city was BURSTING--KC is headed to the Super Bowl.