It was that time of the year again and since we weren't able to make Ringing the Bell work out last year, we made sure to get on the calendar early this year and get our date set in stone. We also invited a couple families to join us, the Kufeldts and the Clelands. Rachel and Kevin had something already going on but they let us take their kiddos along with us anyways!

We were ringing from 4-6 pm on a Friday night and while we were there ringing our plan was to go ahead and get our visit with Santa out of the way too which meant, the boys had to finalize theirs asks. & seeing how Nellie seems to get to go everywhere with us these days, why would this be any different---so she tagged along, to see Santa and all. 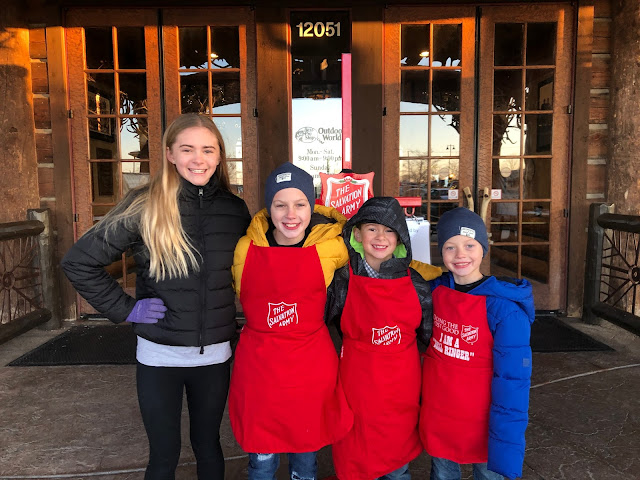 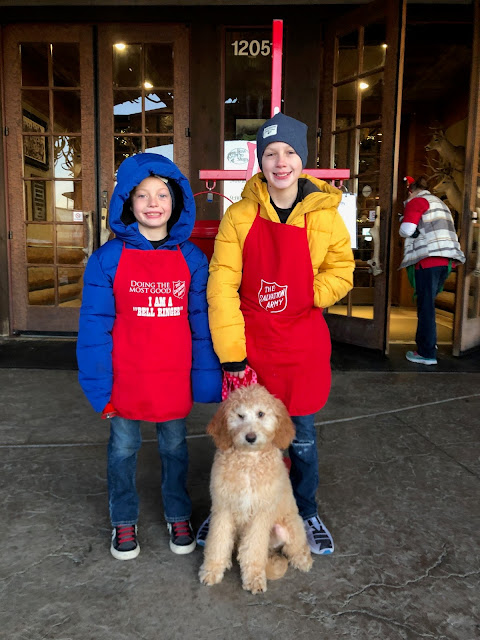 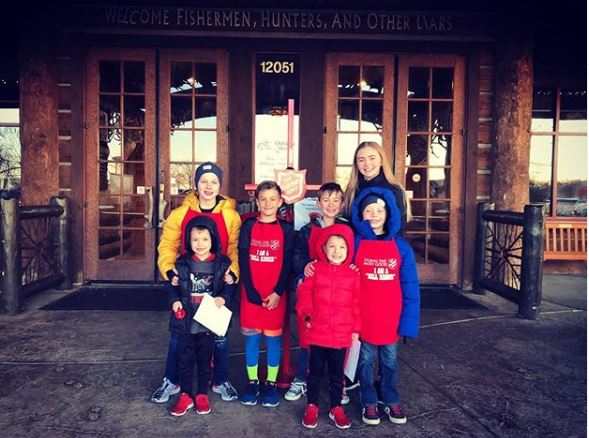 We got there a little bit before 4 so I went back and checked us in and within 6 minutes we were talking to the big guy himself. Now Nellie wasn't able to sit on Santa's lap due to children who would come after us and the possibility of them having an allergy to dogs but Kaden was cool with holding her for the picture. Crazy to think that she's been part of our little family for a few months now. 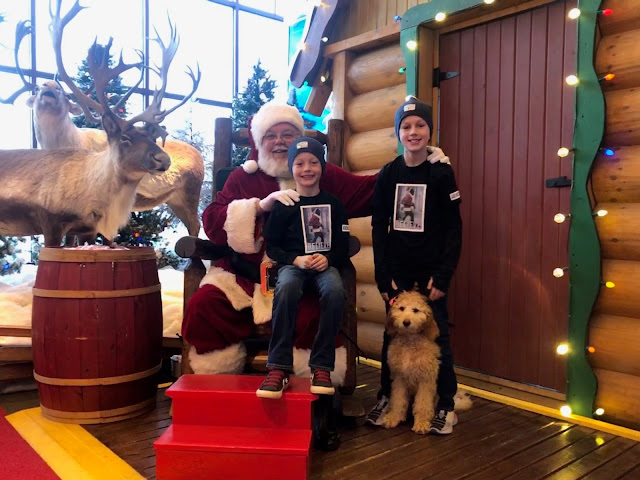 This was the big moment, what would Logan ask for. He had been going back and forth between a new Mountain Bike, an orange and black one to be specific, or AirPods which I told him wasn't happening because he was just to little for that. He would lose them and then he would be sad, plus I don't even use mine really and he can have mine in a few years. 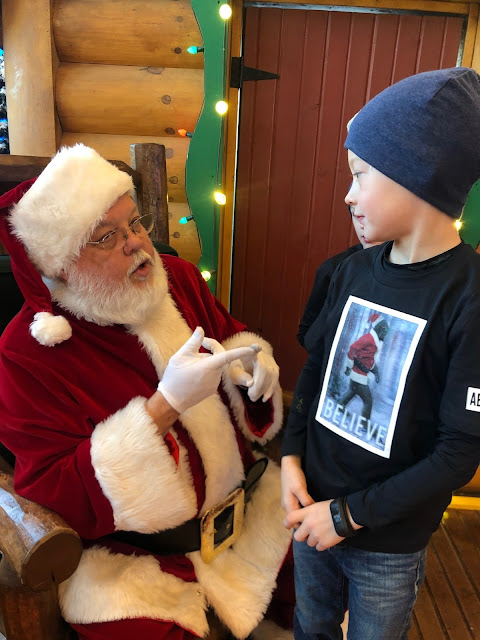 Kaden's was easy. He knew from the get go what he was going to ask for-- a Mountain Bike and in lime green. & thus Logan went with a mountain bike too so that he wouldn't feel left out and could ride up those big hills on the way to and from school. ;0) 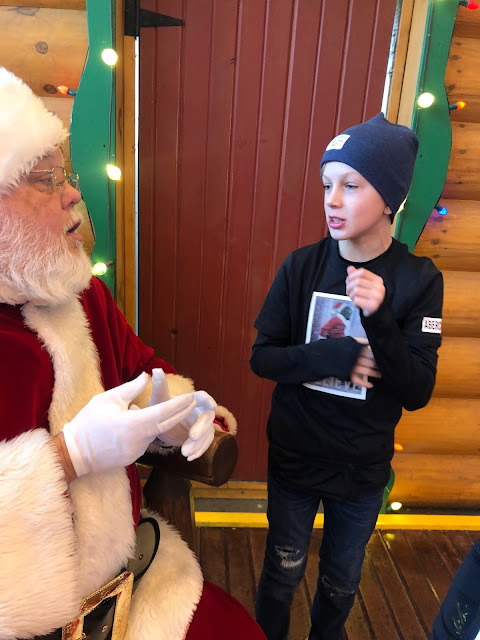 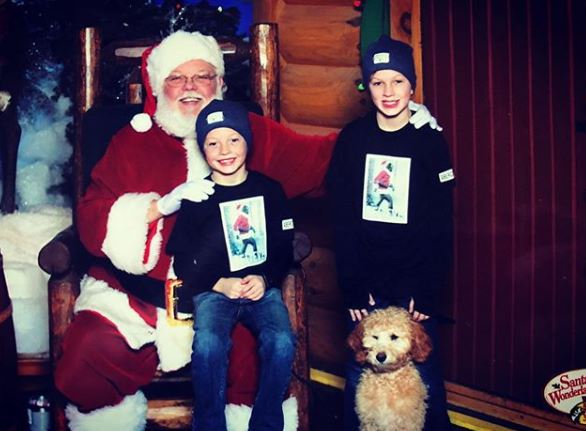 It was getting pretty dark by the time we got back outside and the temperatures were dropping quickly. The kids were such awesome bell ringers though. While they were ringing the bell they were opening all the doors for guests arriving, sure they were electric doors BUT they still had to time them perfectly as to not slow anyone down. & when there wasn't anyone coming, they brought out their MIME moves. These two crack me up. & of course, Kaden didn't want to be left out of the fun. 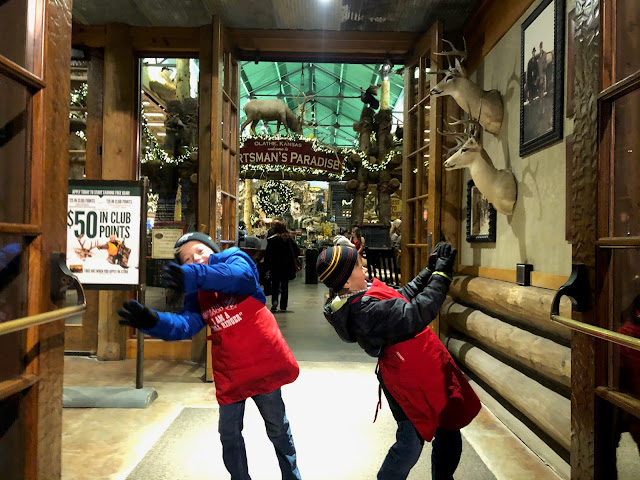 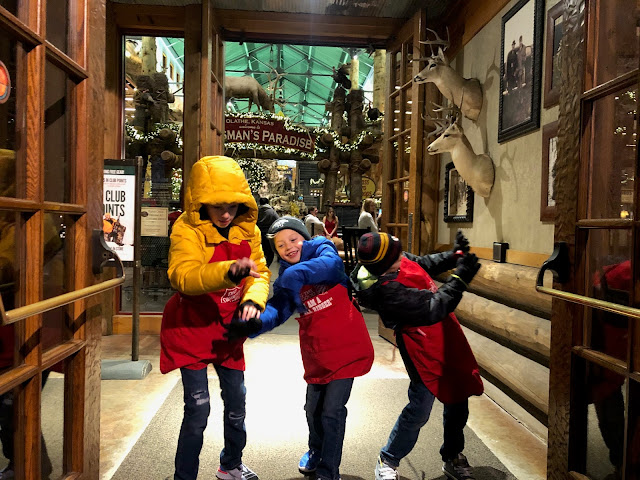 We had about 45 minutes left and I suggested to Justin that he go and get Joe's KC for dinner and grab the kids some hot chocolate because they had earned it. It was FREEZING by the time we left but we all felt really proud of what we had just done because we were lucky enough to have the individual who runs the Salvation Army in our area come and pick up the kettle and give the kids a little information as to why ringing the bell is so important. Both boys were sadden by the fact that we have people in KC and even Olathe, that have to sleep outside because they don't have anywhere else to go. That even the littlest donation means the world to these individuals and it's our job to look our for the fatherless, to help those in need and I hope the boys will carry these experiences with them always. Because there isn't anything more important than having a loving, giving heart. 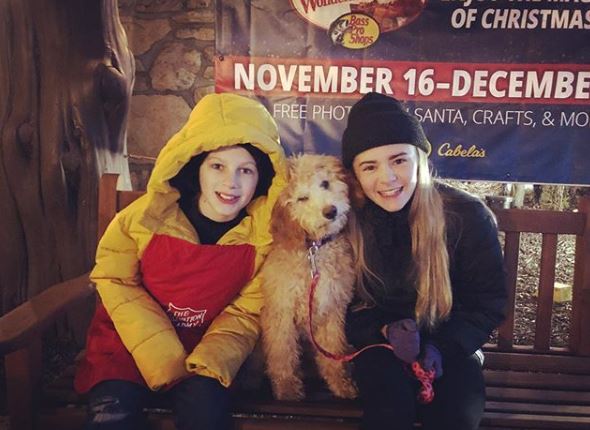 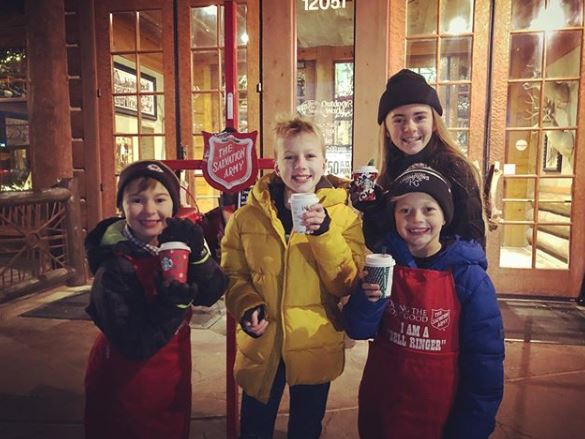