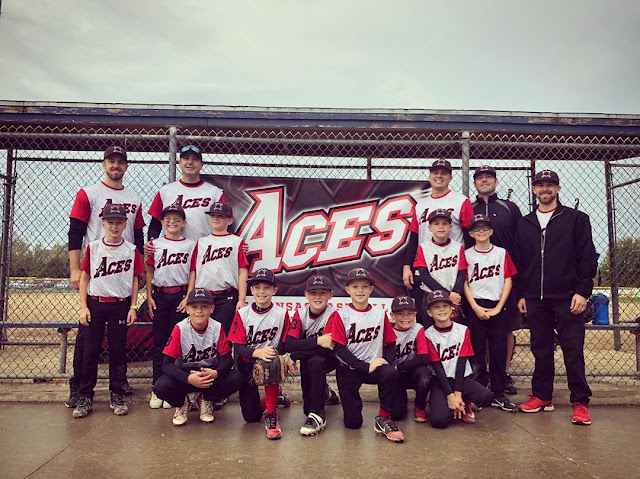 It was tournament time for the Aces again. The last of the fall tournaments and we once again were keeping our fingers crossed the weather would hold out.

We drew the early games on Saturday morning, 8 am and 10 am. We rolled through the first game with a win and then even before it ended we knew we were getting pushed back on our second game. Which wasn't the most convenient because we would have to miss a football game and some of our boys would have to miss a baseball game for other commitments. We would play with nine though...that is if we were going to get to play.

We finally got the go ahead for a 2:00 start but that turned into more like a 2:45 start. Thankfully the boys came to play and we walked away with another win and our fingers were crossed for a decent start time on Sunday. As of 10:30 that evening we still didn't know when we were playing as games were still finishing up so we just planned for the early start of 8 am, which meant leaving the house at about 7:10 and then finally the text came through--10 am start time.

It was a nail biter but with a score of 10-6 they pulled out the win. Onto the semi-finals & now we would get to sit and rest, next game wasn't until 4. And again, by the skin of their teeth, they won, 18-17. But let me just say, they had two, two out rallies that were critical and that were led by the bottom of the batting order. Kaden earned his first double of the season in the first inning and then came through huge in the final inning when he walked up as the tying run with two outs. He ripped a double and then proceeded to third on the throw to home. We were down by one with two outs and Jackson up. While Jackson battled, Kaden stole home on a wild pitch evening up the score. We needed one. We needed Matthew to let Jackson get around the bases and that's exactly what he did. Jackson stole second and then third when Matthew walked. And then Cade walked. Bases were loaded, there just wasn't a good time for Jackson to steal home until Cole stepped up, two pitches later, Jackson crossed the plate the boys were headed to the championship game! 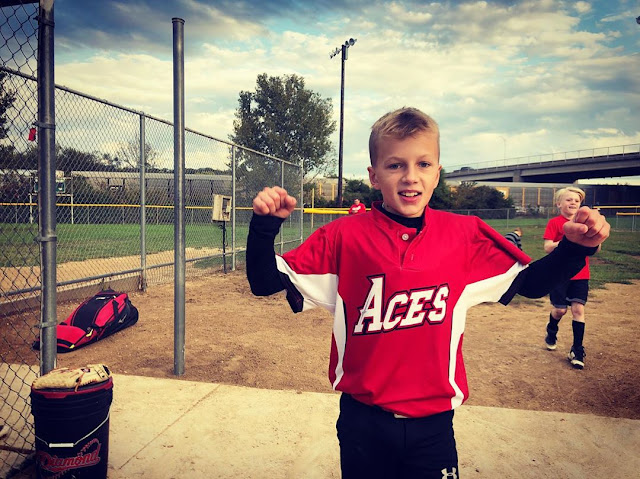 Championship game didn't go as planned. We had played the team before and although we did better than the last time, our bats weren't as solid as they needed to be and they were punching it in the holes. In the end, they got 2nd but not too shabby when you had 17 teams in your division. 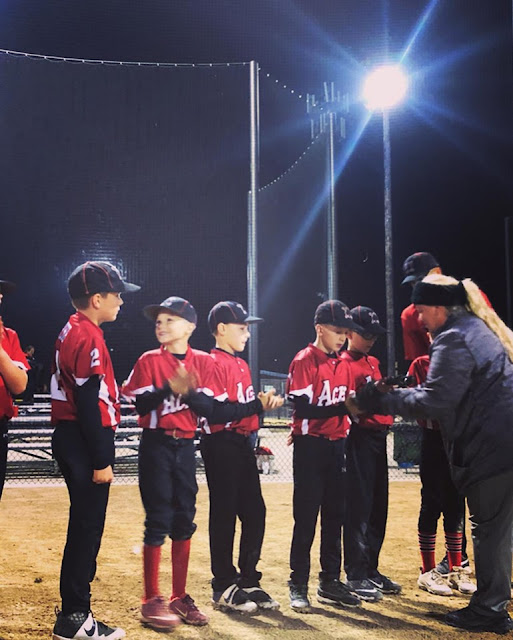 So proud of these boys and how they have come together over the course of this year. They really started to find their stride & it showed with their spirit and their grit because they never gave up and in fact, fought back in two separate games! As long as baseball season is and it's good to have a break, I am sure going to miss watching them play. 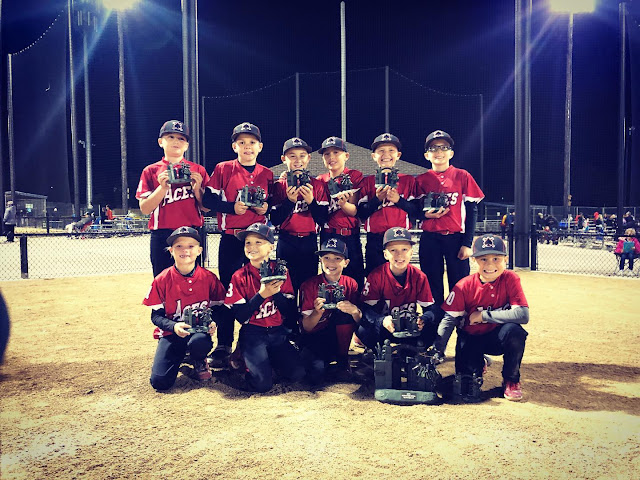 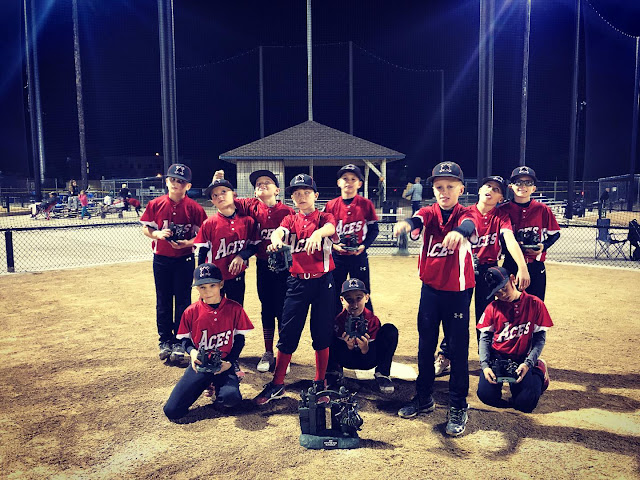 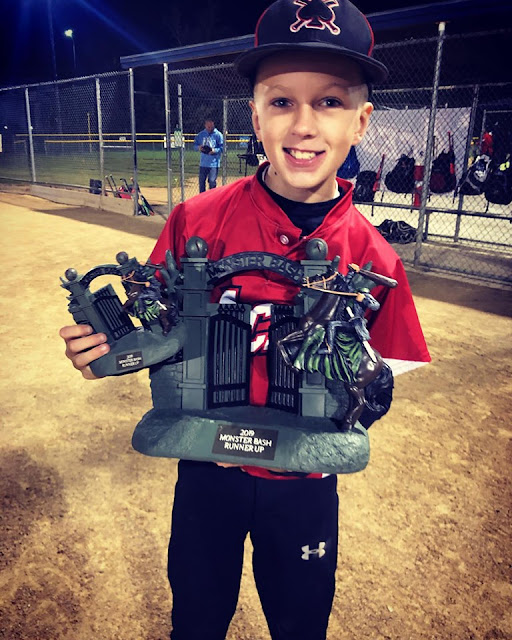 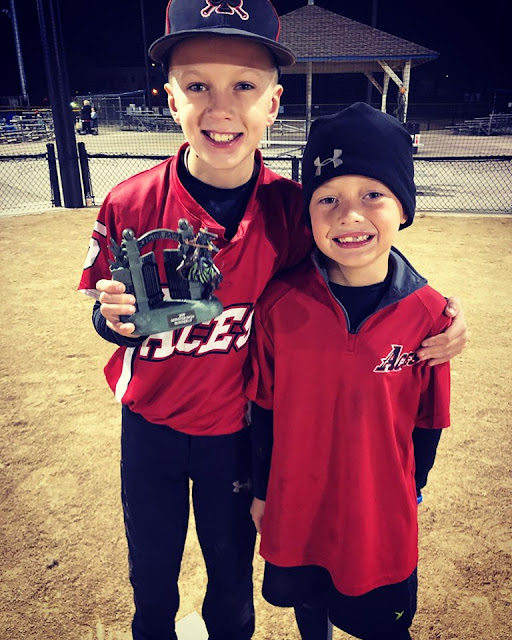