Well, October 30th brought our first snow of the "winter" & the boys headed off to school on Halloween with snow still on the ground. They were a little bummed as that meant the Halloween parade would be moved inside but we all made the most of it.

This year Canyon Creek Elementary did things a little different. Instead of waiting until the end of the day to celebrate, they kicked off the morning with a celebration. All the kids arrived to school in their costumes and then paraded around the school in front of all the parents and their classmates. This was brilliant if you ask me, allowed me to get both boys ready and for Logan to really get to enjoy being a zombie to the fullest. Minus the blood. 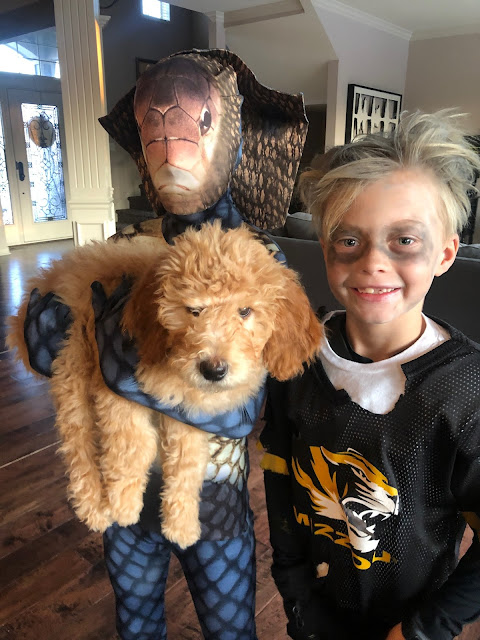 & once again, I had the best CO-ROOM MOM EVER! I mean, it is my 4th year being a room mom and I do have it kind of down to a science BUT it's so much easier when you have a friend to do it with it! Half the work and all the fun! 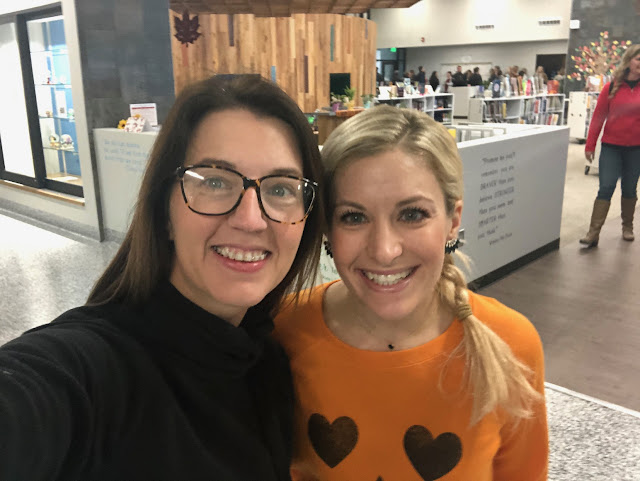 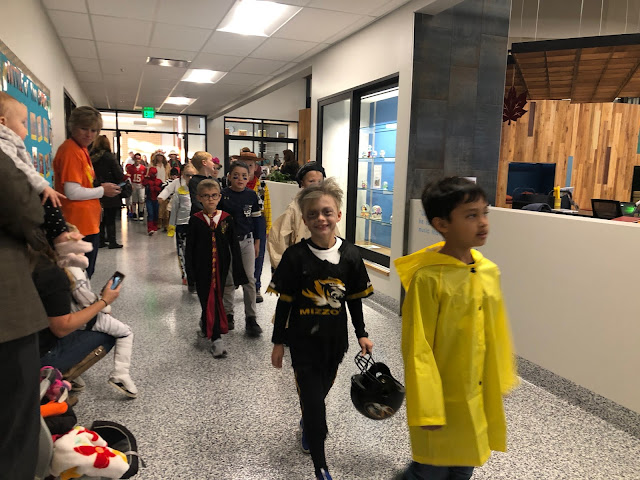 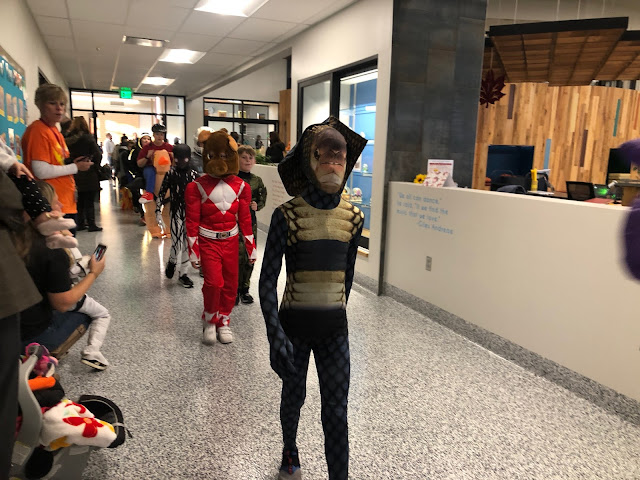 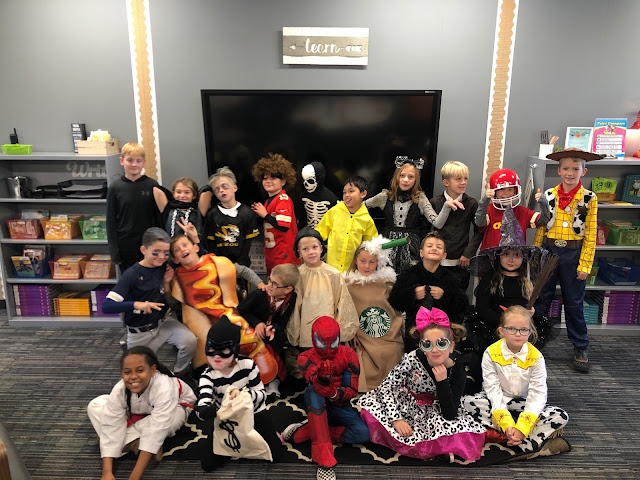 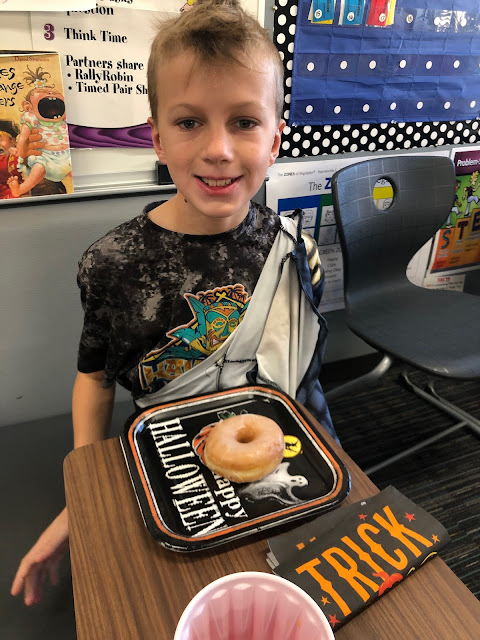 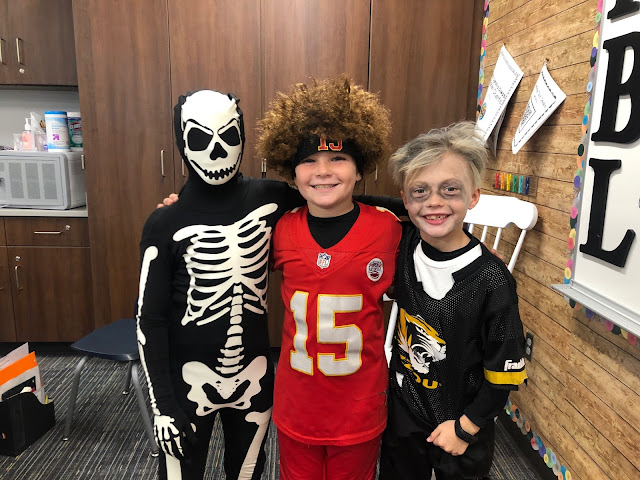 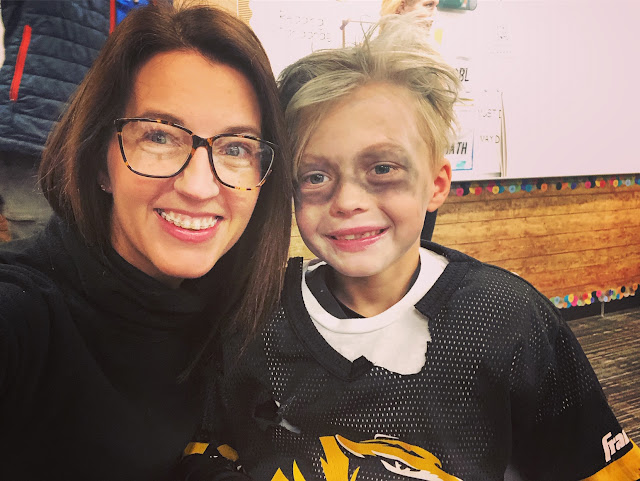 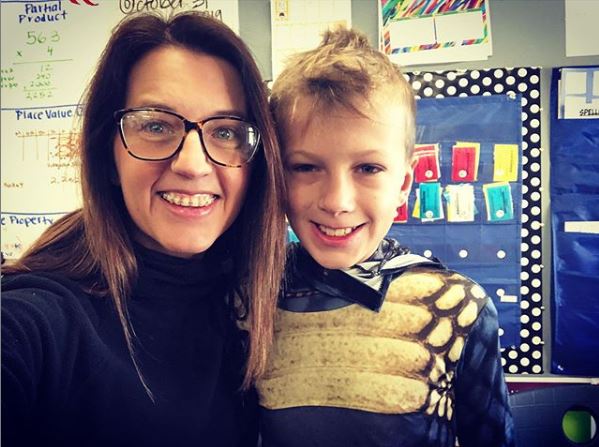 By the time the kids got home the snow had melted away and they were ready for their annual mummy dogs. We wrapped and prepped and filled our bellies before heading off into the neighborhood. 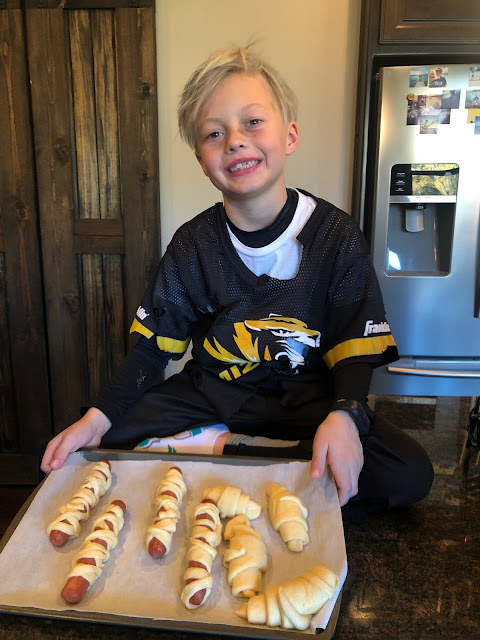 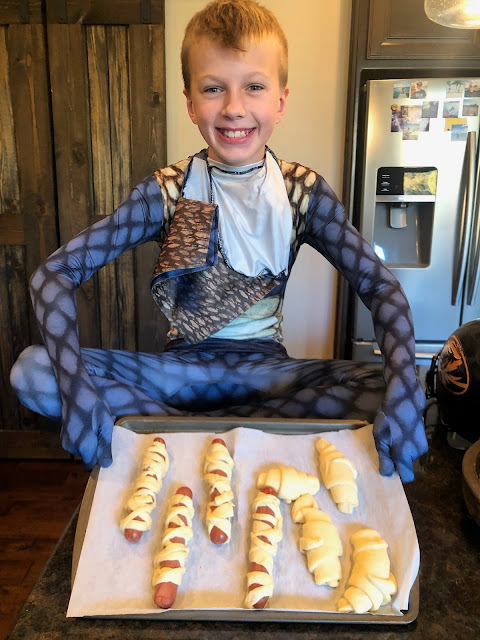 Since it was a school night we knew we needed to go earlier than normal to ensure the boys were in bed at a decent time. We decided this time to hop over to the Highlands and go with the Cleland crew. Both boys lasted for about 40 minutes and then Kaden jumped back into the car with me. The snow may have melted away but it was one COLD evening. 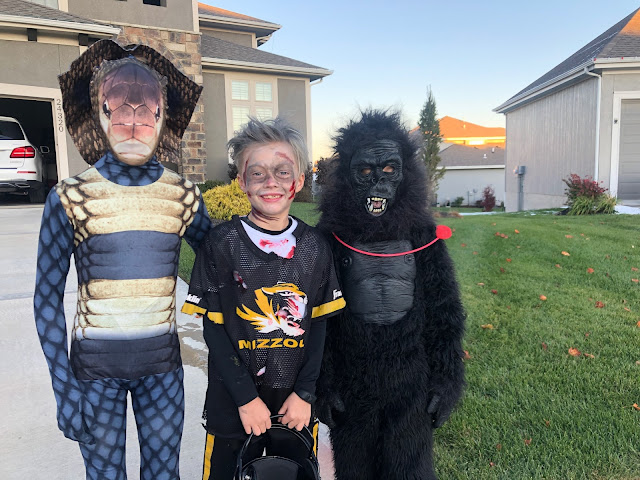 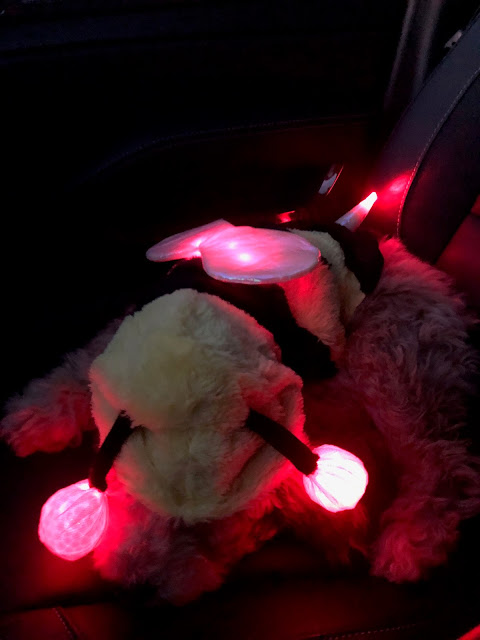 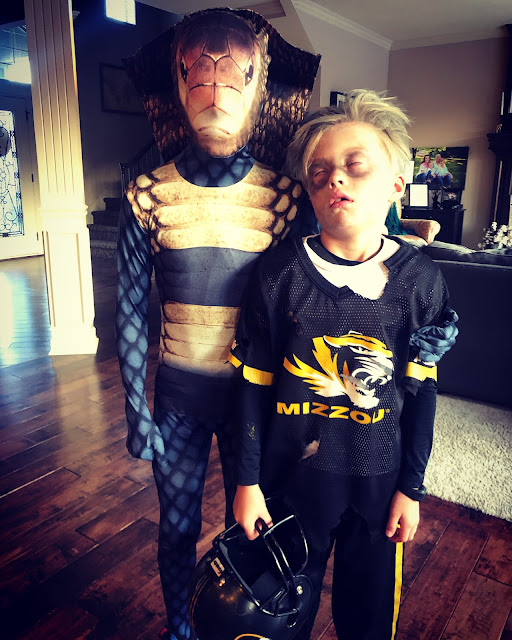 Once back in our neighborhood Kaden jumped back out for the last few houses...with his coat on. 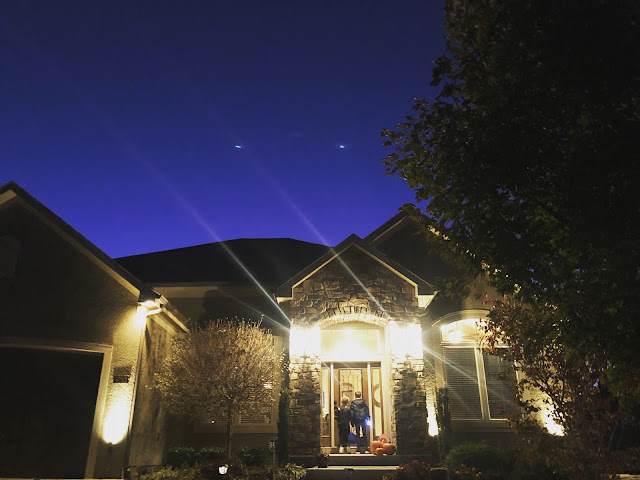 It may have been a quick night but they somehow still managed to rack in a butt load of candy---most of which got donated the following week but I did allow them to keep some of their favorites--I'm not that mean of a mom!
Posted by Kayla South at 10:09 AM