Tournament Time for the 10u boys

Well, it was that time again, but would we get a full tournament in or would we get another rain out and cancellation? The weather was looked promising but then again--it had on the other tournaments too. I guess the only thing we could control was how we played as a team. We drew 10 and 2:30 games against two teams that we had yet to play---so here goes nothing.

But first, a quick selfie with my dear friend, Kala, from college that was in town, at the same ballpark for the same tournament, just a different age group. 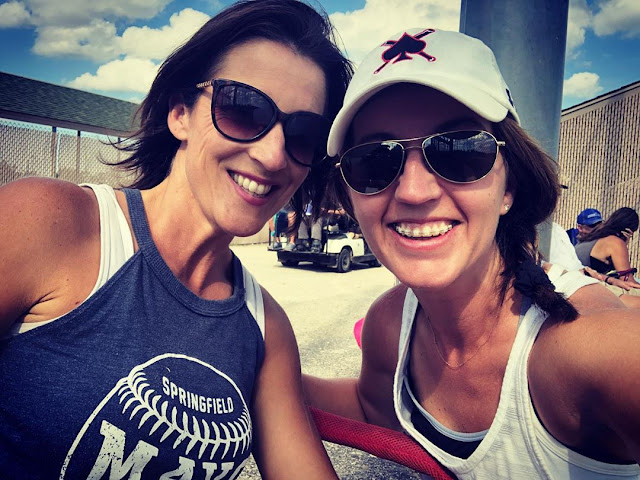 The one thing that I have done a horrible job with this year, taking picture of the boys as they are playing. For Kaden's team I handle the book and for Logan's, well, there's really no excuse and once again, I didn't get any GAME shots so I took this one of Kaden in between our first two games.

The Aces came out swinging and their pitchers came out throwing. Between the two games they scored 27 runs and didn't allow one run against them. 4 pitchers combined for 2 NO-HITTER games. This outstanding performance by the pitchers, their defense and then our offense gave us the top seed in bracket play and gave us Sunday morning off. We were scheduled for a 2:00 game and if we won, we were headed to the championship game. 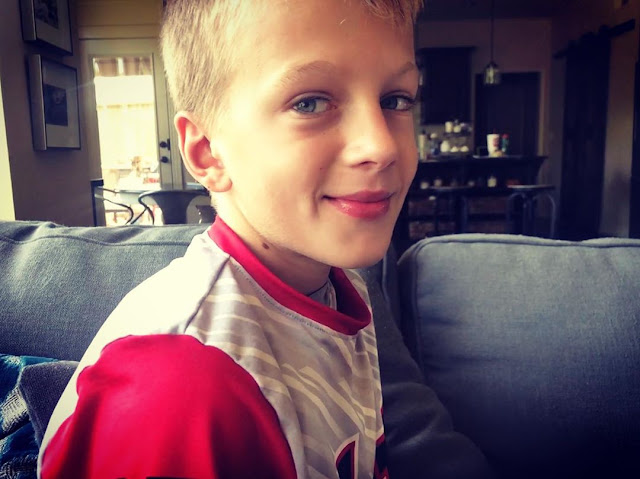 They won. They ended up playing one of the same teams that they beat the day before & beat them 17-1 keeping them alive in bracket play. The downside, we had a 2 hour window before our next game. Some teams enjoy a break, other teams lose their energy and sometimes even fall apart.

We were the latter---well, I wouldn't say that we lost energy or fell apart but that day, the better team won and we came away with second place. Our lights out pitcher started on the mound and somehow he was rocked, their team hit EVERY HOLE imaginable. Base hit after base hit. Double after double. We were already down 10-0 after the first half inning. And then Kaden came into pitch, he held them for a few innings and then they started hitting him too and combine that with some mental errors from our team and they stretched their lead a little more. BUT the boys weren't giving up and worked hard each at bat but it just wasn't enough, we ended up losing 21-7. We were still proud. They had played some of their best ball to date that weekend and they earned that 2nd place victory. 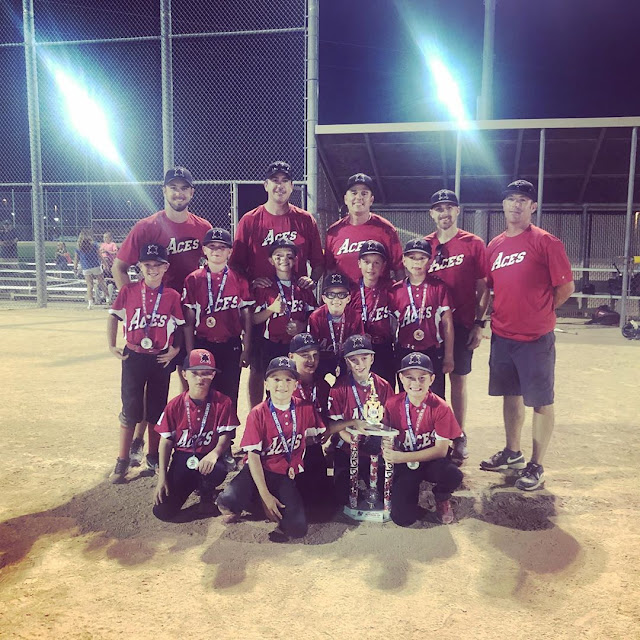 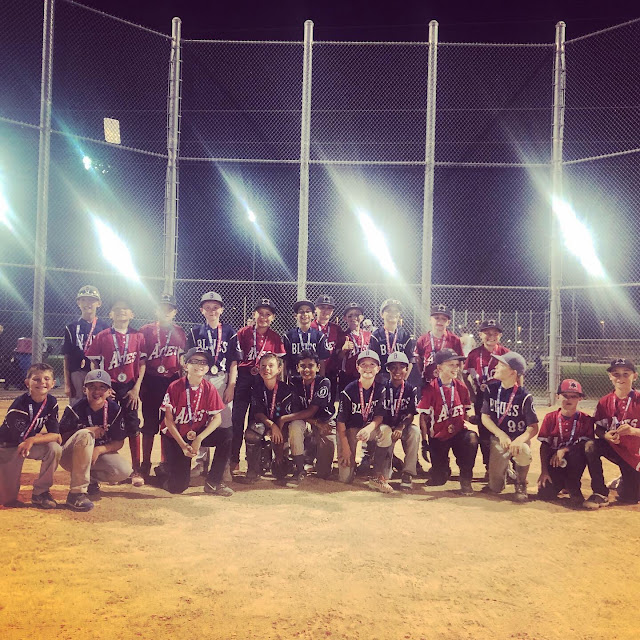 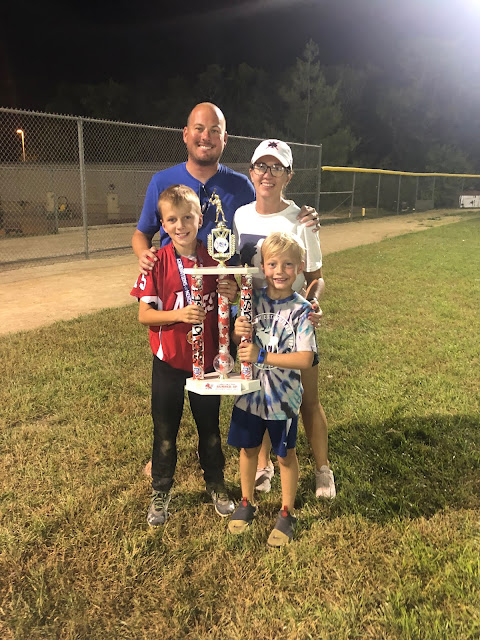 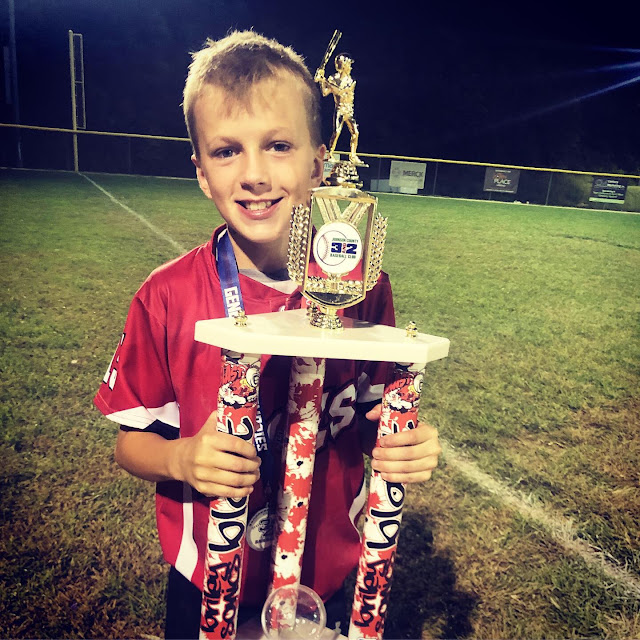 We celebrated the victory that night but knew it was back to work the next day--I could almost bet that wouldn't be our last time seeing the Blues. 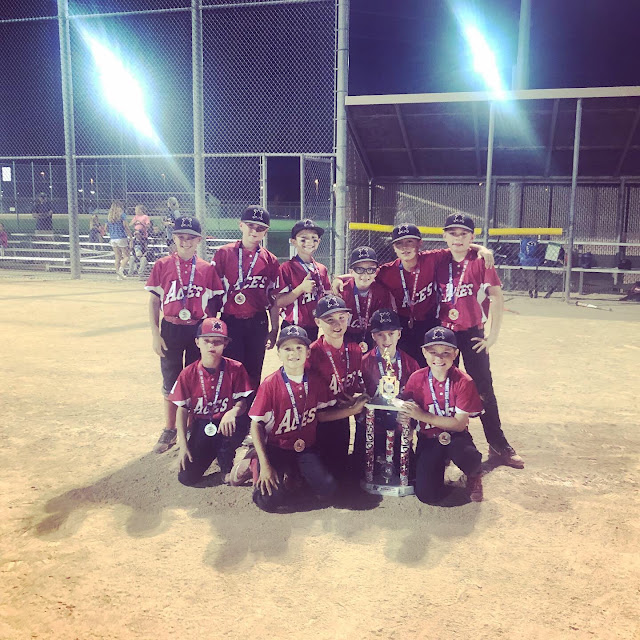