Flag Football for the South Boys

Football--not a new concept to us, just a new sport that the boys wanted to try out. Justin and I kind of talked about it and thought, why not. We aren't typically as busy in the fall as we are in the summer so we thought this was as good of a time to try as any other.

Justin got Logan signed up to play with some of his baseball buddies & we got Kaden signed up to play with one of his baseball buddies too. Logan's team was going through Olathe schools and we decided i9 would be perfect for Kaden because it was a little less intense and since it was his first go with it, he may not be as hard on himself as if it was a little more competitive.

Logan's team got some pretty sweet uniforms. & Kaden's team, not so much BUT he was still pretty proud of his jersey. 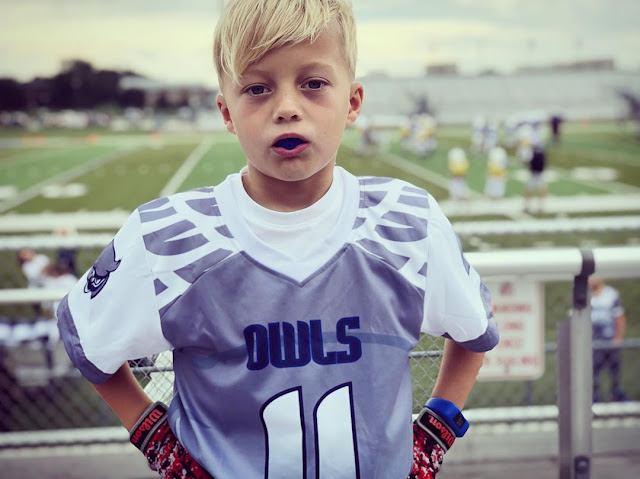 Logan also got a pretty sweet helmet. Makes me laugh each time I see him in it. 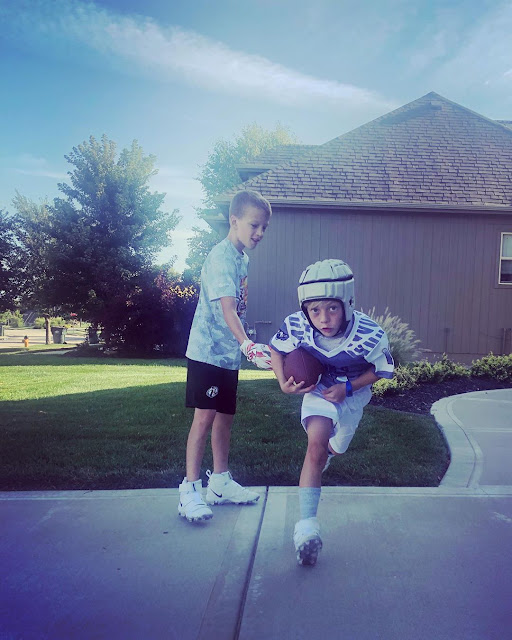 & they each got new football cleats and mouth pieces. Kaden had two pairs of gloves so he kindly let Logan where one of his pairs. & for some reason, Logan likes to wear tall socks that are different colors---actually works out well since every kiddo has a helmet on and their all about the same size, we have an easier time picking him out on the field. 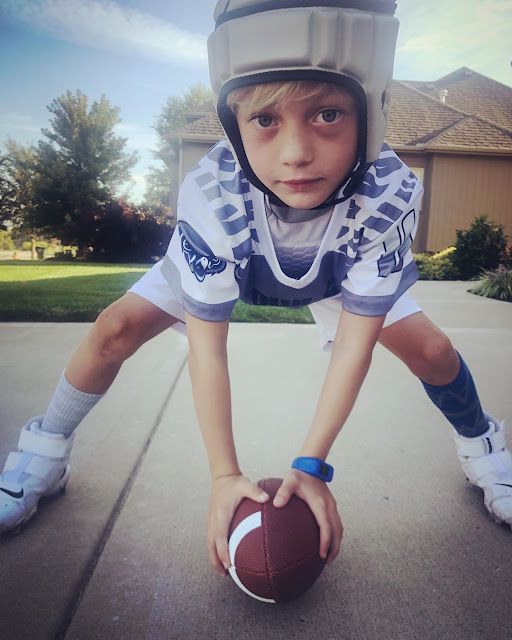 Good news---they both enjoyed their first game & couldn't stop talking about getting back out on the field the next weekend---I just hope the next weekend brings more fall like weather. 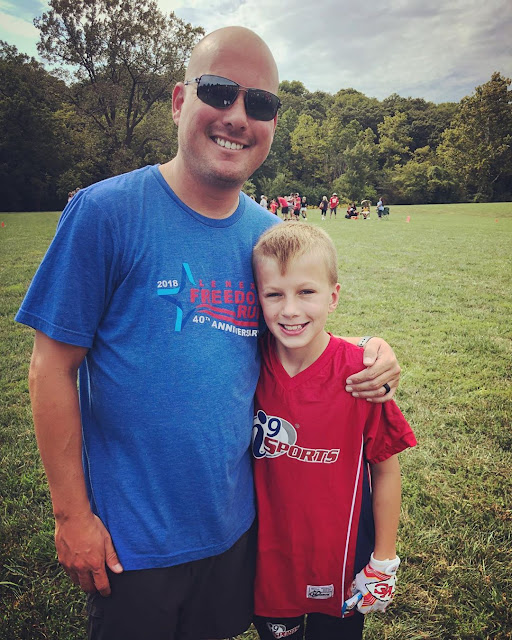