We were expecting an earlier start to Fall Ball BUT Mother Nature had different plans. She rained out our first 4 games -- which meant the first time these boys would be back on the field was for a late night Wednesday game. I say late night because the game didn't start until 8:00 and we had to at least play an hour and 45 minutes before we could call it...

& even though it wasn't these three's first kid pitch game, that didn't mean there weren't jitters leading up to the game. However, once that first pitch was thrown, all the nerves went away and the boys came to play. Little C started off on the mound with Logan at 2nd and Drake behind the plate but before the night was over Logan had moved behind the plate and managed two get a couple outs--caught one trying to steal home and although he dropped the third strike, he picked it up & was able to tag the batter out before he got too far away from him. It was a great first outing for this crew and they walked away with a W.

Kind of crazy being the veteran mom though---usually I'm the nervous one but I found myself offering encouragement and calming powers to our friends--first kid pitch gets all the emotions going, for everyone but they all did great--parents too! 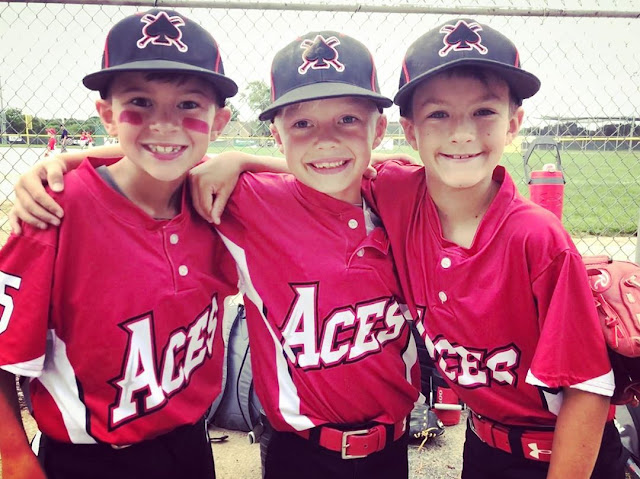 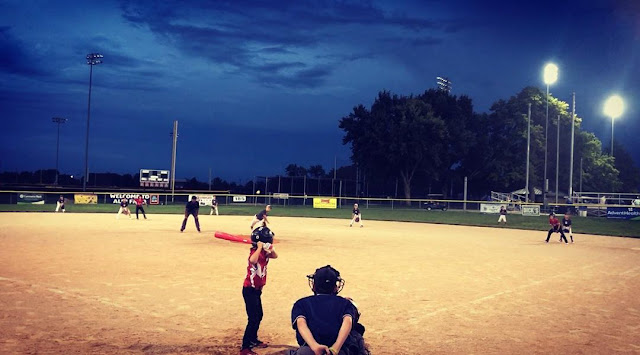 Kaden and his team kicked off their season with a tournament since their two weekend games were cancelled. We knew we had an uphill battle ahead of us but we didn't realize just how uphill it was going to be. We drew a team that we had tied with twice during the regular season but this season they looked a little different--having dropped 6 of their players for 6 AAA boys--these boys could rock it. The boys played well but we just couldn't hang with their bats. We ended up not only losing that one but the Saturday game too. And as frustrated as the boys may have been about not playing up to their potential in that second game, they shook it off fairly quickly when they saw Icees & Cake pops. We decided that since Kaden would be gone this week from practices and the Wednesday night game is school night, that celebrating his birthday with his baseball buds on Saturday would be the best idea and I think it's exactly what these boys needed. Sunday's games ended up being canceled due to the heavy amount of rain we received but we will take the field again on Wednesday to start league play and we are all hoping for a better go this time around.

No matter what---best group of boys around! 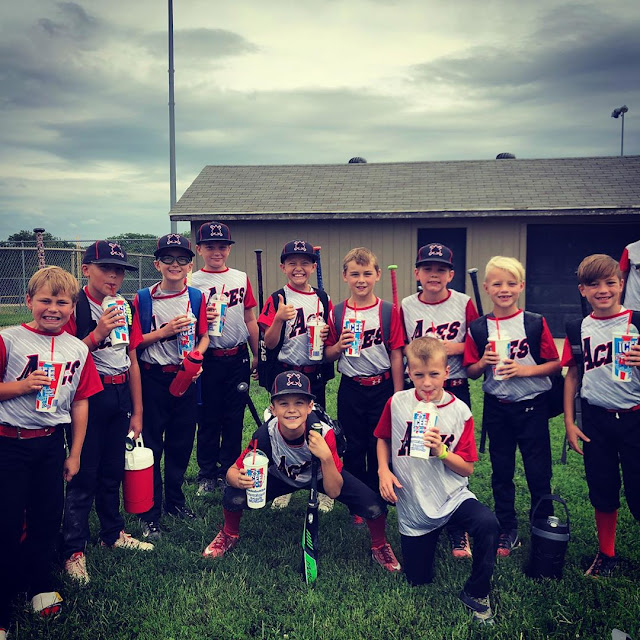