Back to School Shopping

Somehow summer is over and it's time to pick out school supplies. Not sure how we got here so quickly but we are here, nonetheless. Last year I took each of the boys on a solo school shopping trip--this gave me a little one on one time with each of them and then the other got to have time with dad. Logan went second last year which meant he was up first this year---and yes, I had to actually look back to see who went when to make sure it was fair.

This year didn't seem to take as long as previous years and for the most part we found everything that we needed on that one trip to the store. Logan was in charge of the list & the cart, I just approved or disapproved of his choices or made suggestions on which brand to go with--like Crayola and Elmers. And with our annual shopping trips also comes our annual sidewalk chalk pictures! The boys are really starting to get annoyed with me when it comes to these pictures but I just don't care---it takes no time at all but man does Logan hate wearing the specific shirt and shorts that I lay out for him. Oh and then doing his hair too. You'd think I was taking all his privileges away--which I almost did after seeing his reaction. Before we knew it, the "shoot" was over & he agreed that it didn't take long at all. 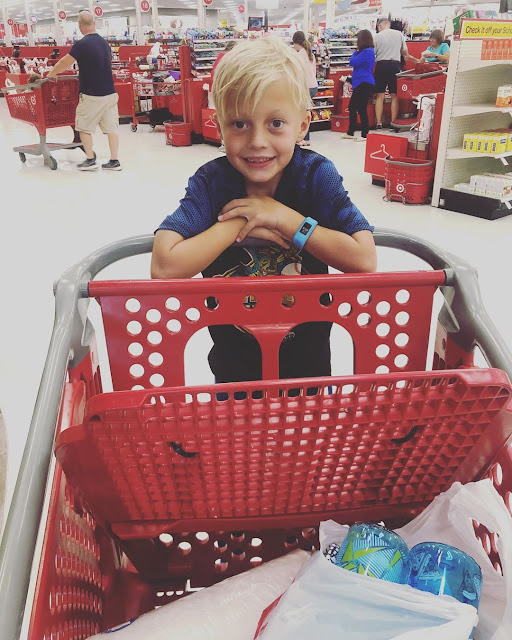 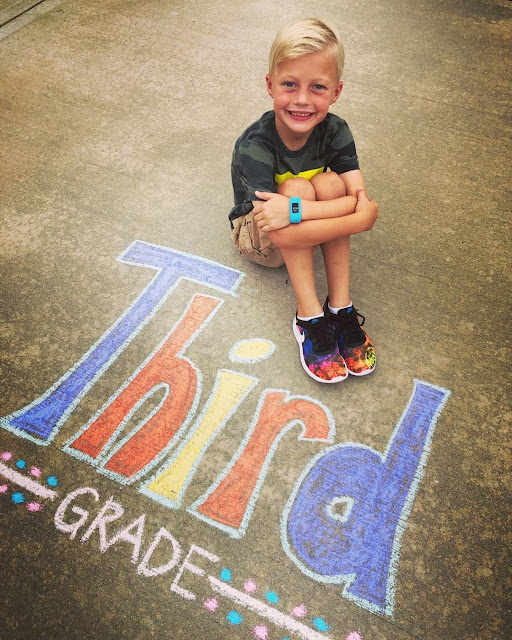 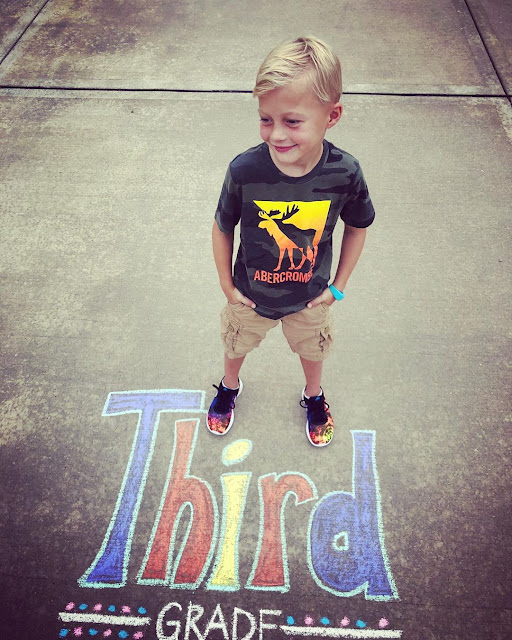 Next up was Kaden. He was ready and so very excited about shopping for 4th grade. Besides driving to the store, he pretty much handled it all. He led the way. He handled the list. He pushed the cart. I think he would have paid had he brought his wallet. He was most excited about the headphones he got and a mini-stapler. Seriously, mini-stapler made his day. Now when it came time for his "shoot" he was all about it, well, maybe not all about it but he wasn't complaining and he got in and out in a matter of minutes. He even did his own hair for the little shoot.

So hard to believe that this guy is in 4th grade. I'd post some throwback pictures but I'd start to cry and none of need that. 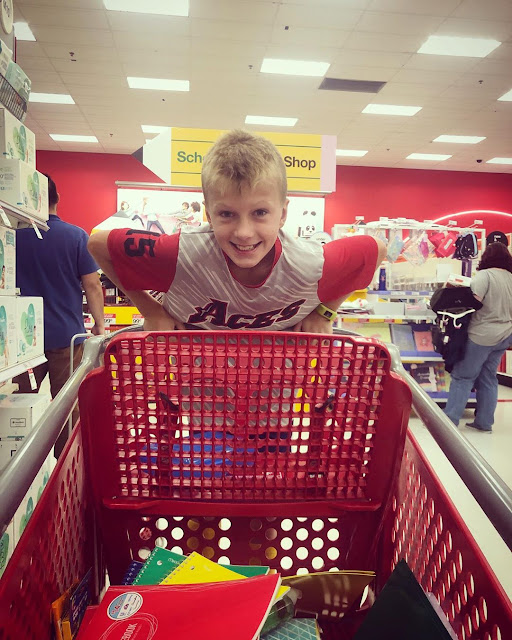 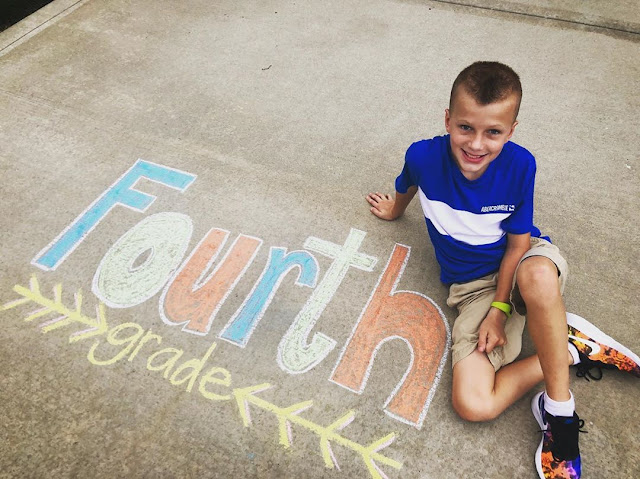 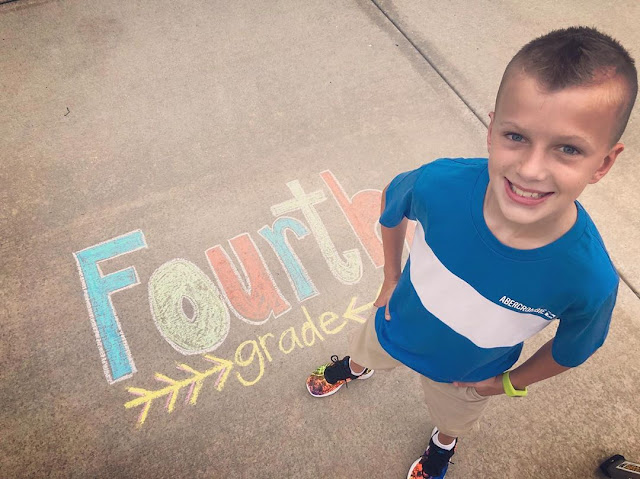