Spring Season Comes to an End

Spring ball has come to an end.

This was a whole new ballgame for the Souths. Logan dropped back down to his age group and finished out the season on machine pitch. While Kaden stuck with the Aces for another season of kid pitch. This was the first season in a long while where we knew we wouldn't get to see each of the boys play every game or where they would get to see one another play. It was a divide and conquer type of season, one that certainly had it's downfalls but this also had moments like this where we realized it was exactly what each boy needed. 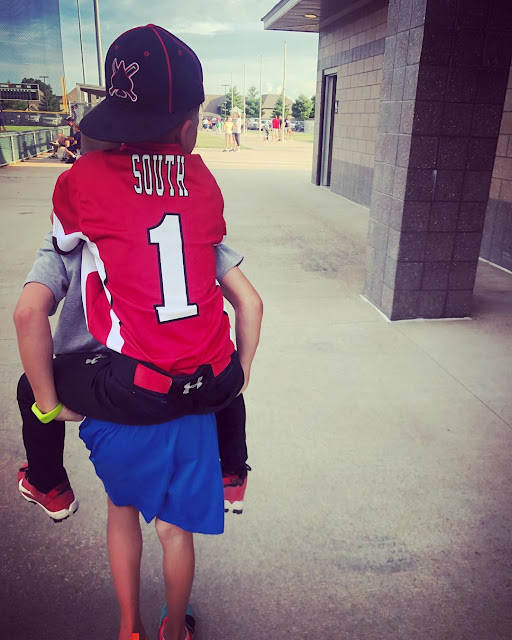 For Kaden it was a season of highs and lows---every game had his roses and thorns but we certainly saw more highs than lows. Kaden found a love and a knack for the pitching mound. He has one heck of an arm and his consistency has greatly improved from the season before & contributed in a meaningful way to his team's success from there. Outside of the mound he played second, short and right field & again, wasn't super excited about right field but the kid has an arm on him and it can come in pretty handy. His fielding was probably what he would be most proud of and although I am proud of it too, his determination in the batter's box is what I am most proud of. Last season Kaden hardly swung the bat, this season, he was swinging. With swinging came striking out and he did not like striking out BUT he kept swinging. He'd get a foul ball here or there and every blue moon would get a hit BUT then something clicked in our last two tournaments and he accumulated multiple hits in multiple games. They weren't the hardest hit balls, but they were hits & his confidence was growing. So this off season, all two weeks of it, will be spent getting hitting lessons and in the cages.

Aces 9u went 16-8-2 and by all accounts, that's a success.
Two Tournament Runner Up Finishes

The Aces are more than just baseball players--we're a family. A family that supports each other kids and only wants what's best for the team. A family that shouts our words of affirmation and encouragement rather than frustration. A family that wants their boys to compete but KNOWS this is far bigger than baseball. It's rare to find what we have and I'm just so very thankful that we get to be part of this family. 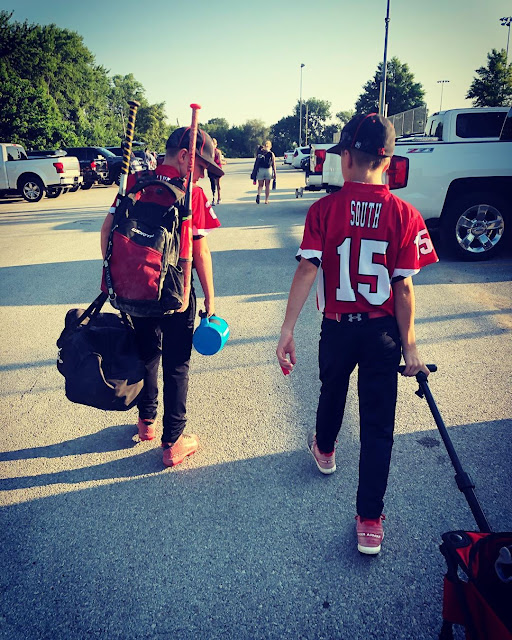 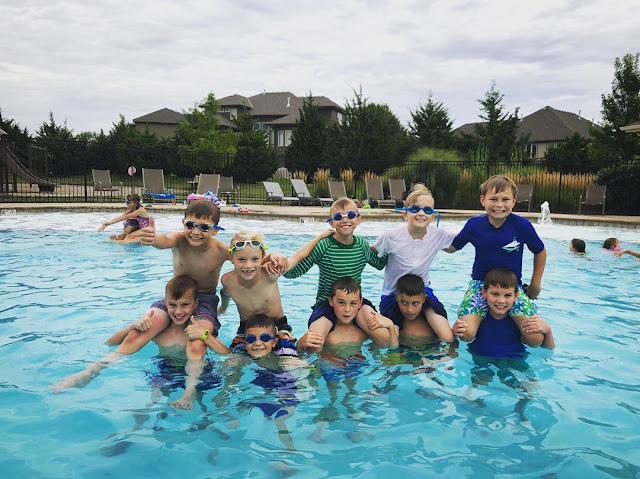 Speaking of baseball families, we knew what we had with the Aces 9u and wanted the exact same thing for the Aces 8u and by golly, we got it. From the coaches to the kids, from the kids to the families, we got it. A positive and uplifting experience for all and one I hope continues for many years to come because baseball is so much more than just a game. It's about figuring out who you are too and for Logan that meant watching his confidence grow this last season. He discovered branching out and trying new things which developed a love for multiple positions, especially the outfield. At first he wasn't so keen on playing out there but I explained that since this is the last year of machine pitch, kids are ripping the ball & we needed strong outfielders that can make plays. & make plays he did. On his final outing, which I missed since I was with Kaden, he caught three outfield flies & they weren't cans of corn either. And his bat, he may be little but he is mighty!

Aces 8u finished the season 13-7.
Two Tournament Runner Up finishes.

Kid pitch, here we come.
Fingers crossed the boys will be playing at the same fields this season! 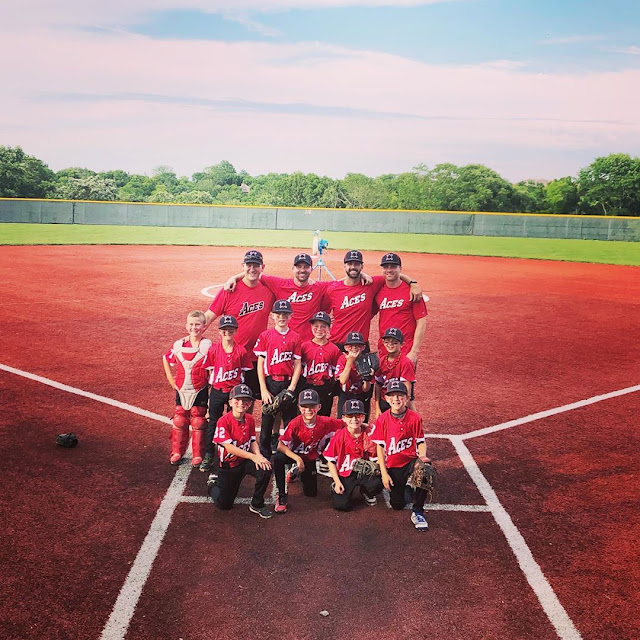 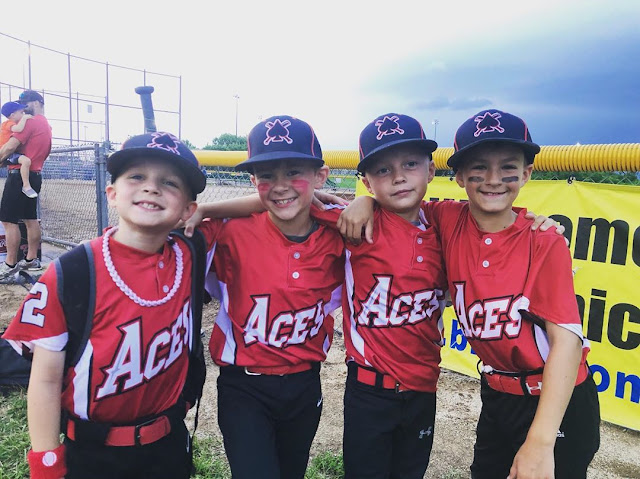 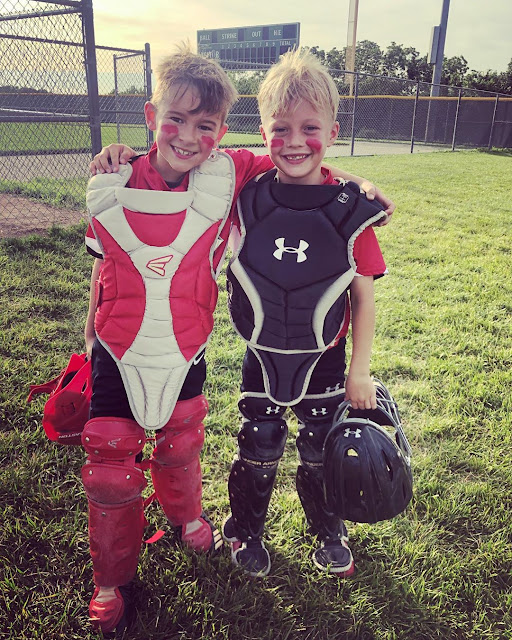 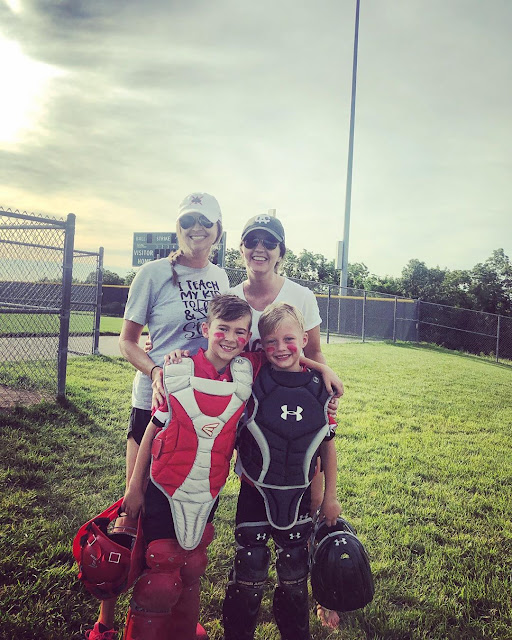