When you ask Justin what he wants for Father's Day it's always the same answer -- to spend it at the Lake. He makes it fairly easy for us to ensure he has a great weekend -- being on the water and being surrounded by some of our favorite people.

Last year the Kufeldts joined us and this year they were coming back--guess we didn't scare them off too badly! The Clelands would be joining us too but good news/bad news, the Aces had a game and Drake and Logan were skipping but since Scott was the head coach, he had to coach and Caden had to play or else we would have had to forfeit, so it would just be a little later until they joined us.

Until then, we took advantage of our time -- stopped at Steak'n Shake on the way down. The kids thought they were something special as they sat in their own booth...I'm sure the staff was a little concerned at first but it didn't take long for them to realize they had four very polite and respectful kiddos on their hands. 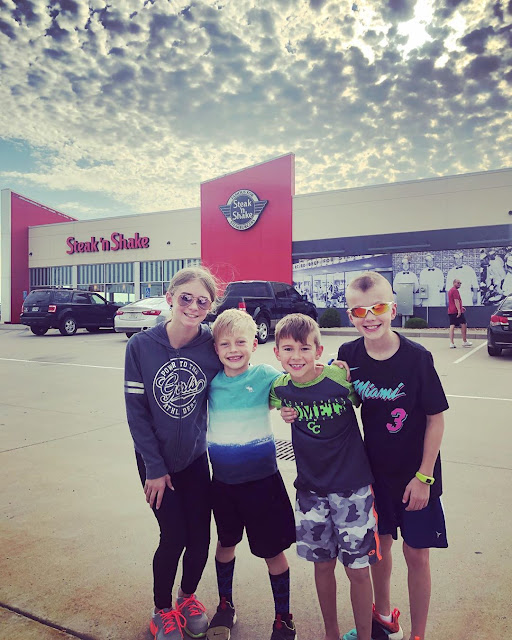 We got settled in Friday night and then almost immediately on Saturday we were getting the boat ready to take out on the water. It was quiet on the water, I am sure the weather had much to do about that but we still ventured out and we headed back to our favorite spot on the water, the Boathouse. 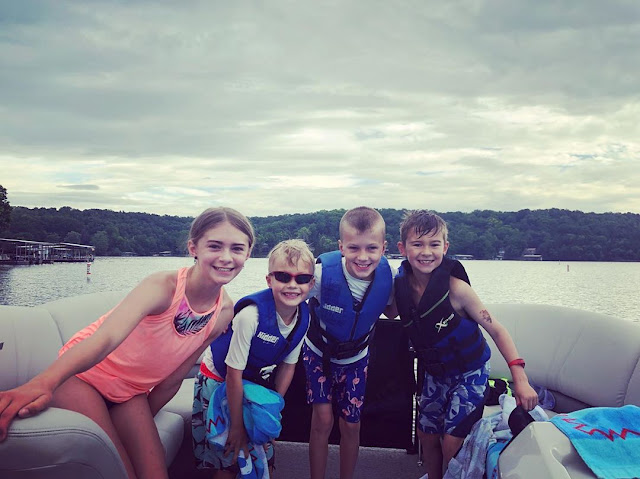 And then the sun came out! The kids jumped into the pool and we sat watching while chatting. The food was good. The drinks were good. The company was the best. 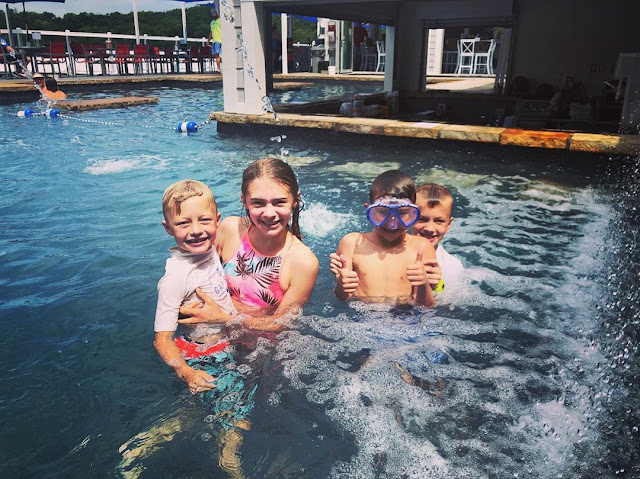 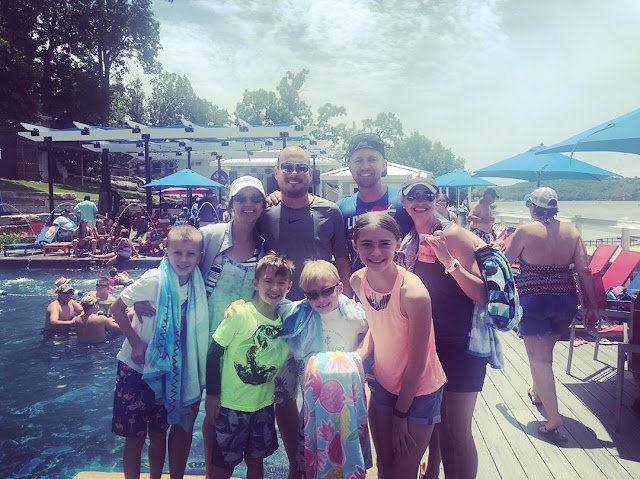 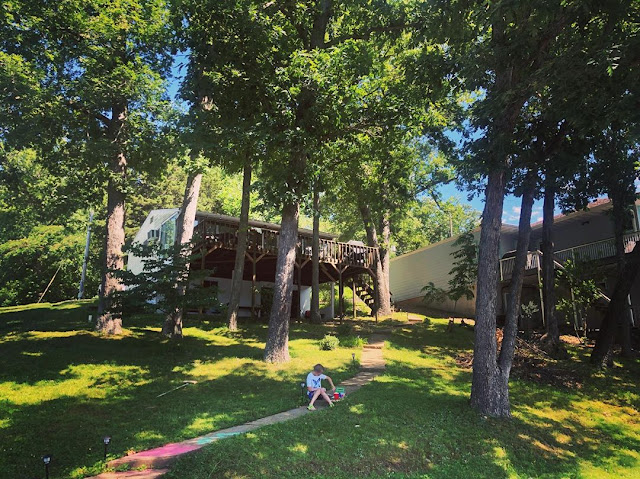 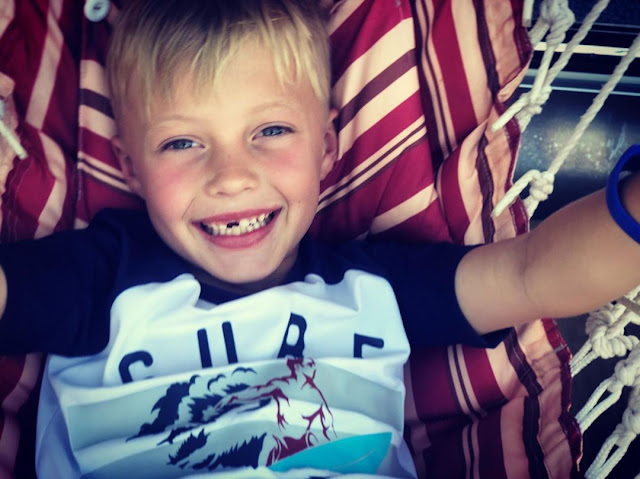 As we returned to the house the ballgame was about to start so we turned it on and we listened to the Aces come back from behind to win the game. Both Drake and Logan were super proud of their teammates--now, they just had to wait for the Cleland crew to arrive. & when they did, game on. 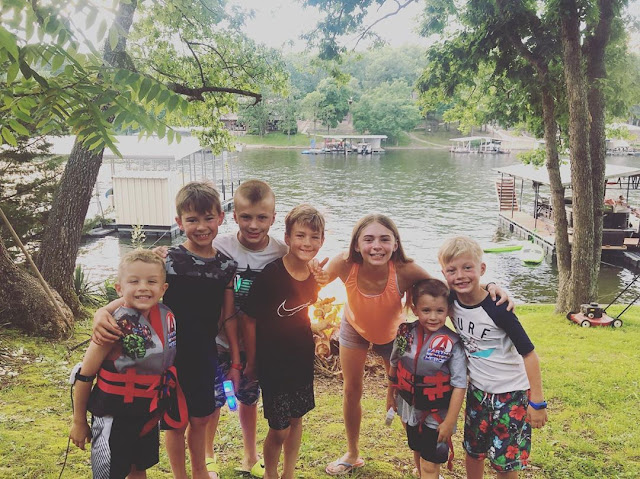 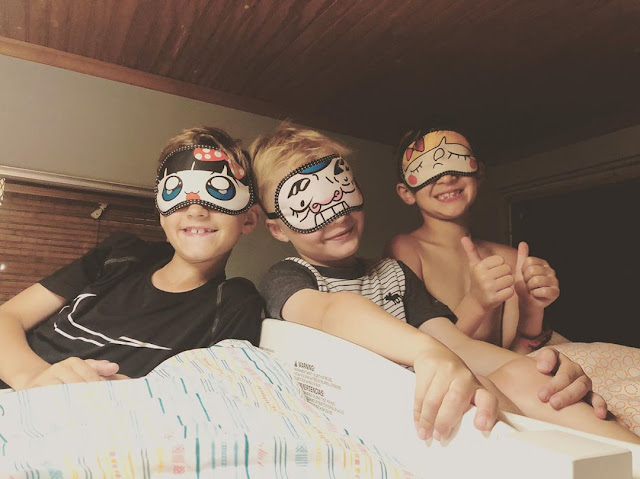 Somehow we managed to get all kids ready and in their beds by 10 pm and when I checked on them 30 minutes later they were all out -- but laying in different spots than where they started. And good thing we got them to bed at a halfway decent time as it was a BRIGHT and early start the next morning. It didn't matter that it was slightly chilly or that the sun wasn't out, the boys were ready to swim. They spent time jumping from one tube to another & up and down the ladder they would go time and time again. It was a morning full of smiles. & then it was time for the boat ride. 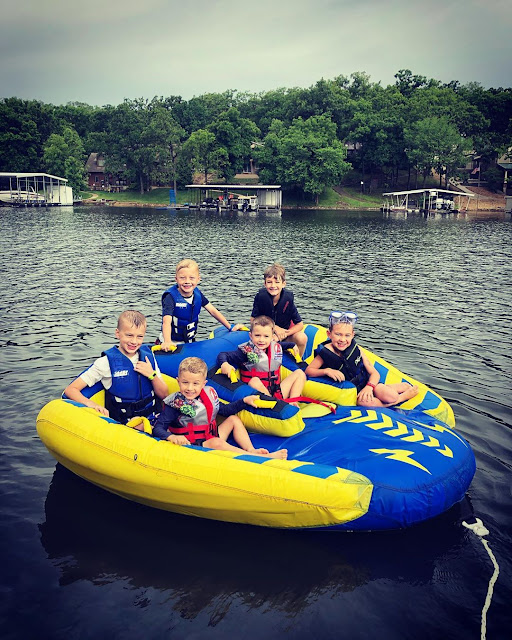 It was even chillier on the boat but the kids hung in there and when we made it back to the house some of the bigger kids (minus Kaden) wanted to go tubing so the dads took them back out. Kaden stayed with Bennett and gave him a little ride around the cove on the paddle board. Everyone was happy and everyone was smiling. 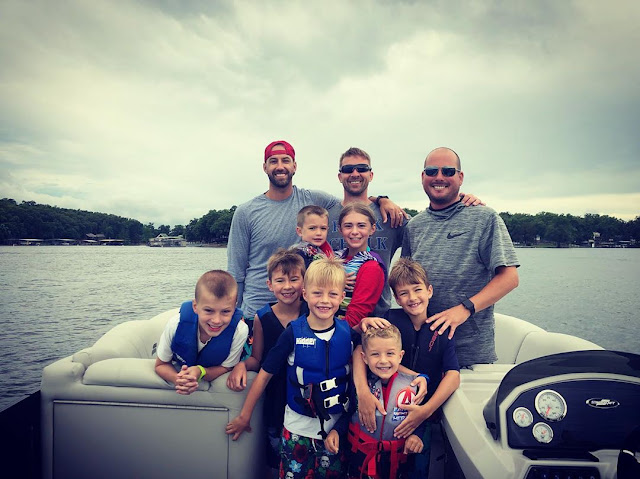 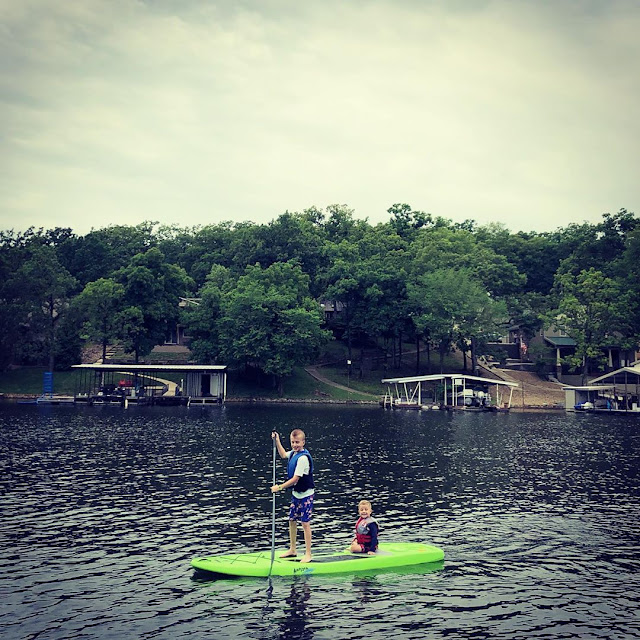 Around lunchtime there still seemed to be zero sun in the forecast so we started packing up. We said goodbye to our dear friends and then we finished cleaning up the cabin before taking off ourselves. We stopped and had lunch at Mexican restaurant in Sedalia before arriving at home only to head back to the pool. It was a long but fun weekend and when these three are smiling, I'm smiling. 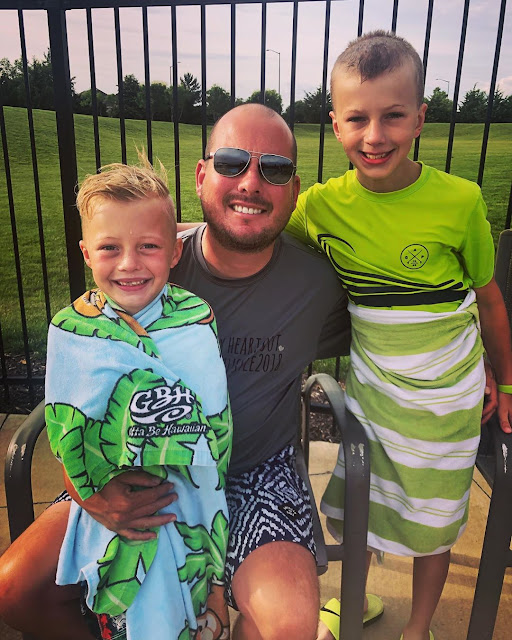