Summer really doesn't officially kick off until we spend Memorial Day at the lake. & this year was no exception--the boys jumped off the school bus for the last time, we went to Kaden's game and then we loaded straight up and headed to the lake so that we could enjoy an extra day at the lake.

Friday was gorgeous. We had to start off with getting the picture tradition out of the way. So crazy to see just how big they are both getting--it gives me an array of emotions. 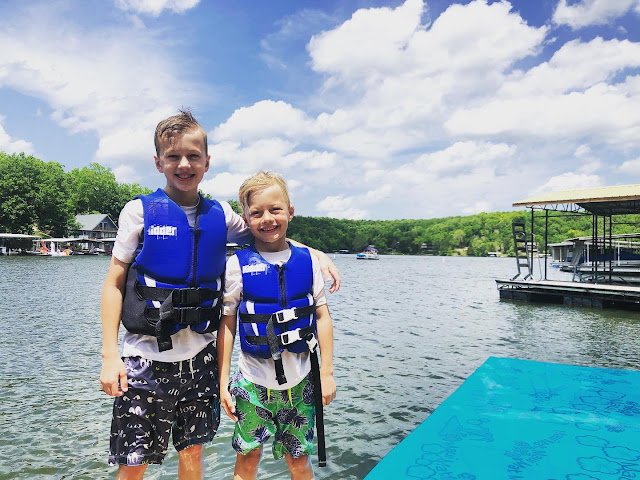 What makes this weekend extra special is that it's always with family which means these three get to spend some much needed cousin time. They are so lucky they get to grow up together spending their summer at the lake. At the lake house their paternal great-grandfather built. 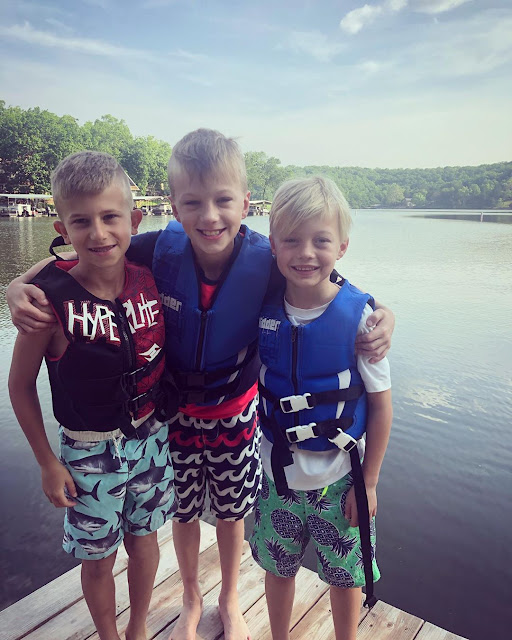 And this happened to be the first time we would all get to take out the new boat together. Kaden and I were loaded and ready to go first thing in the morning. 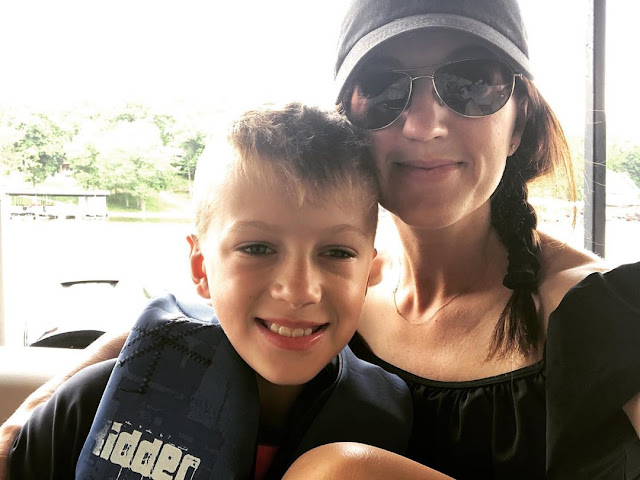 The first night at the lake house is always tough for the boys to settle in and go to sleep because of all the anticipation for the days to come so Logan decided a little cap nap was in order while we were on the water. Trust me, I wasn't upset at all about getting to hold him, it kind of made my day. 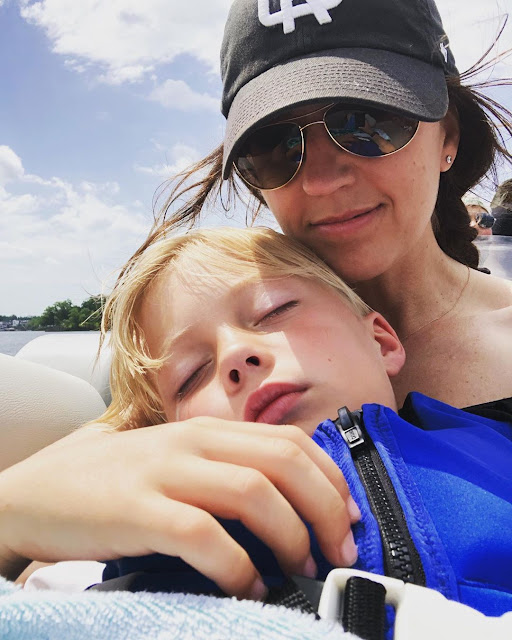 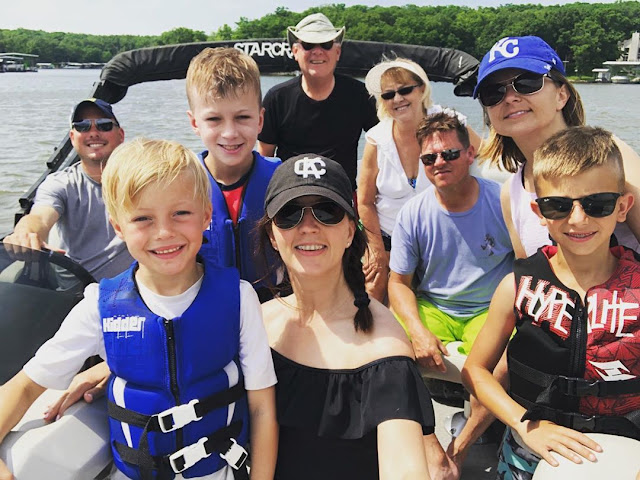 The boys fished. They swam---in pretty cold water. They played Nintendo when it was raining. And we did a lot of work around the house---cutting down trees, mowing, cleaning the boat and so on. 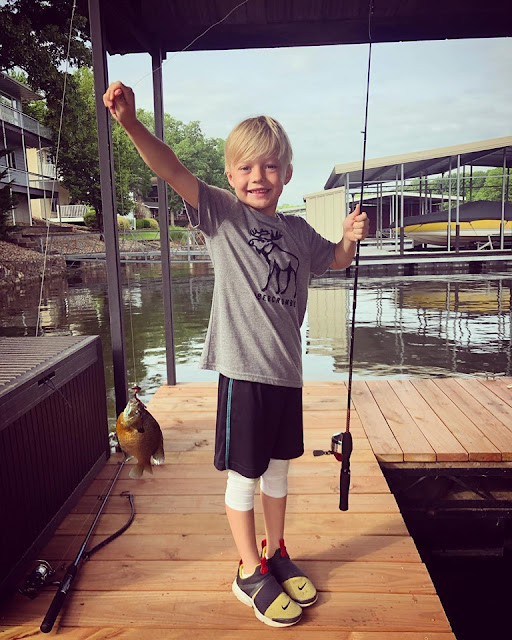 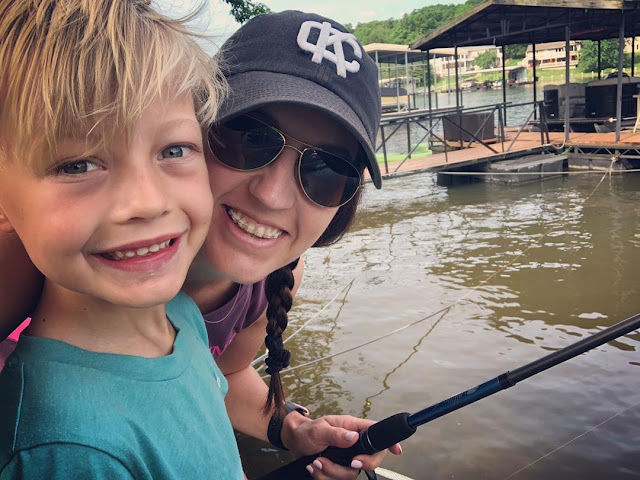 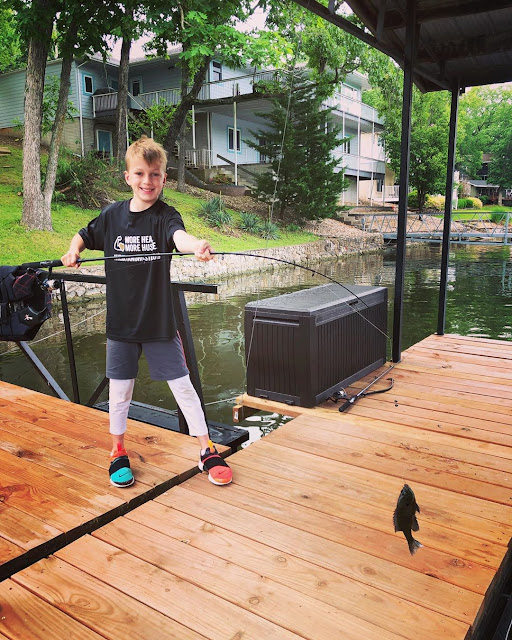 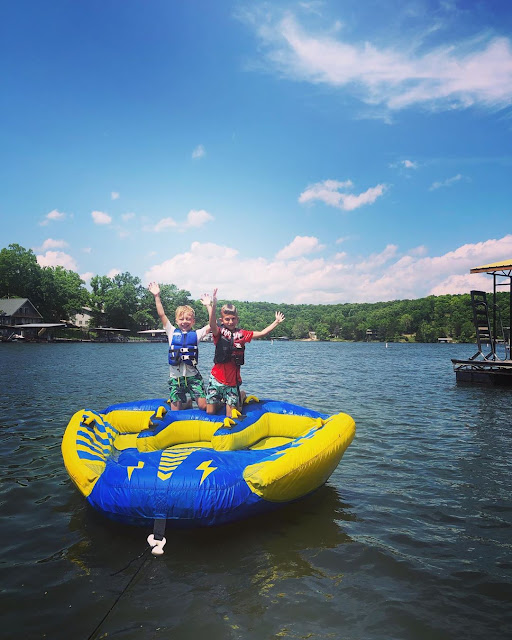 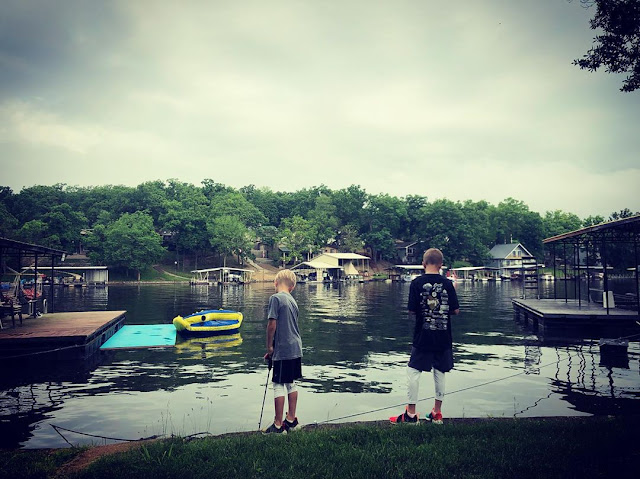 We decided that with the weather forecast not looking so great for Sunday after noon and Monday that we would load up and head home a little early, after all the pool was now open and we could hop down there for some fun in the sun too.

This little weekend with family was the perfect way to kick off the summer and had us counting down the days until we were back for Father's Day weekend. 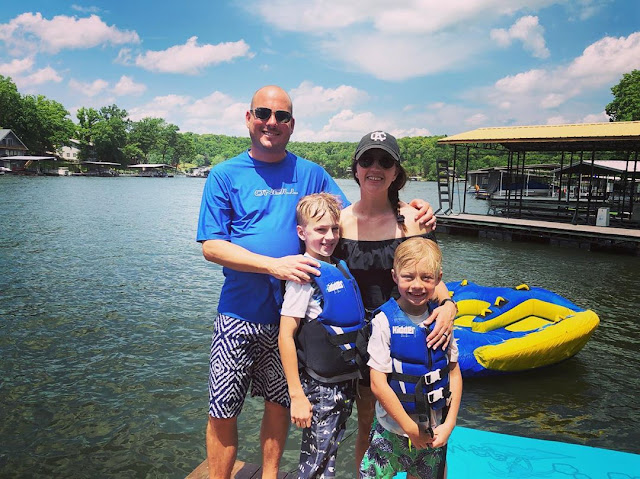