This weekend was all about baseball and for both boys. It was the KC T-Bone Sizzler baseball tournament. It also happens to be the first tournament that the boys would be in where they weren't on the same team and would be playing at different locations. Not to mention, it was lake house clean up weekend and Dad was needed/expected there so I needed some major backup and help. Enter Grandma Sara---man, we love her.

We finally got their schedules and I guess, it really couldn't have been much worse---they both had 8 am games, at different locations and then Kaden had a 10 am game, Logan an 11:30 game. Divide and conquer was the name of the game this weekend. 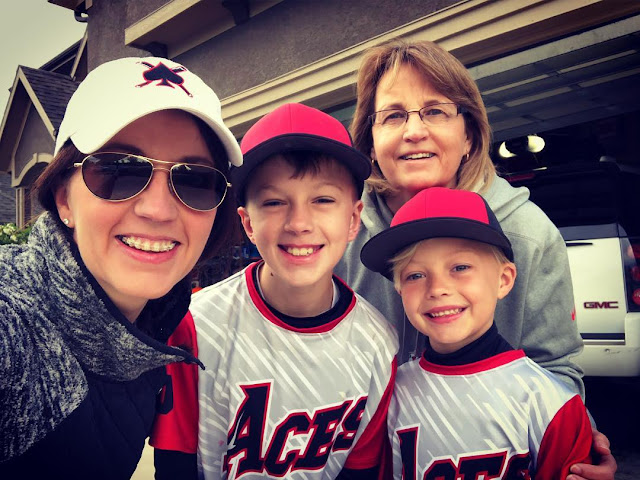 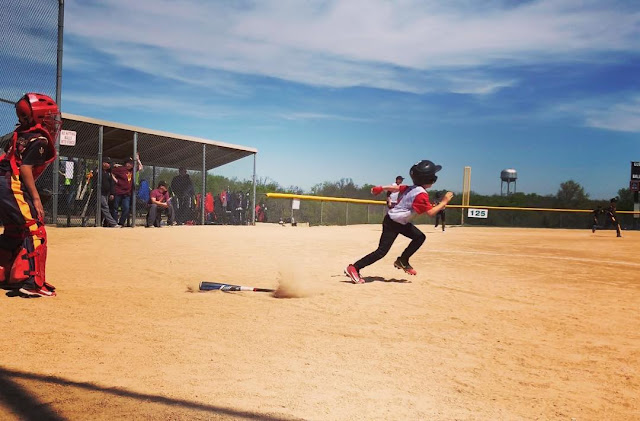 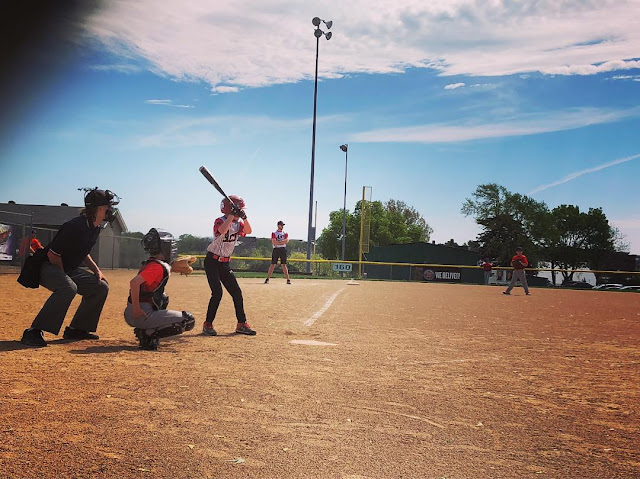 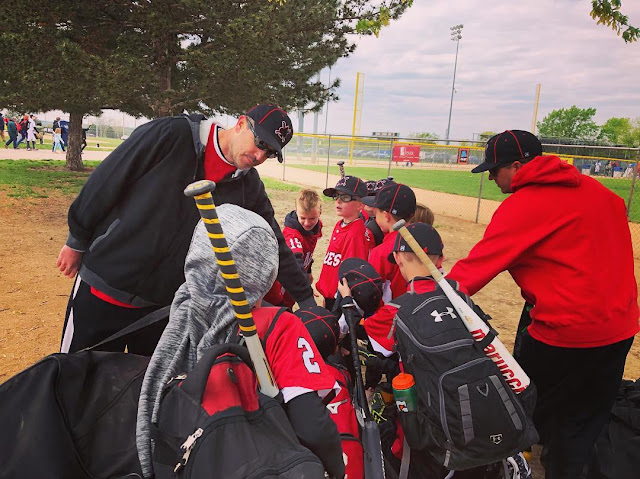 The best surprise, Daddy decided to get up super early and drive home to catch Kaden's game. & boy was he glad he did.

First up, Aces 9u. They won.
Kaden actually threw a no-hitter. A four-inning complete game allowing zero hits, and two runs while striking out nine. The defense behind him that day was on fire. Trust me, it was a little crazy as a mom to watch. 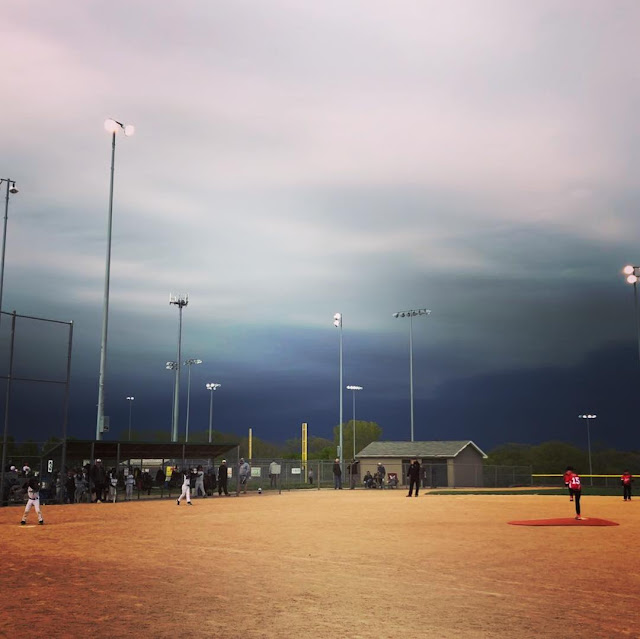 & then we said goodbye to our savior of the weekend, Grandma Sara. I seriously couldn't have done this weekend without her. 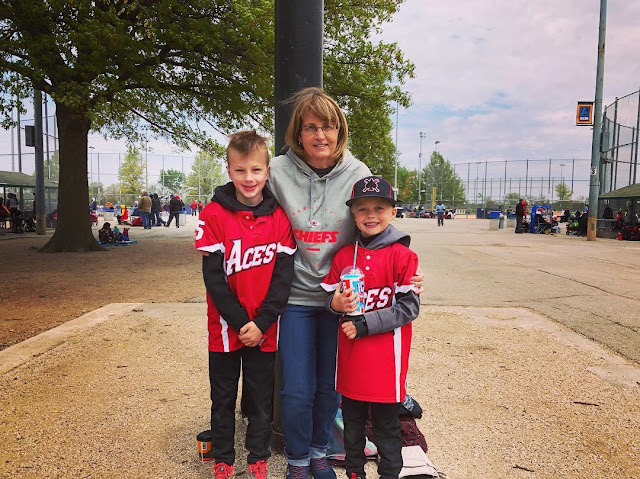 Next up, Aces 8u. They won too & advanced to the championship 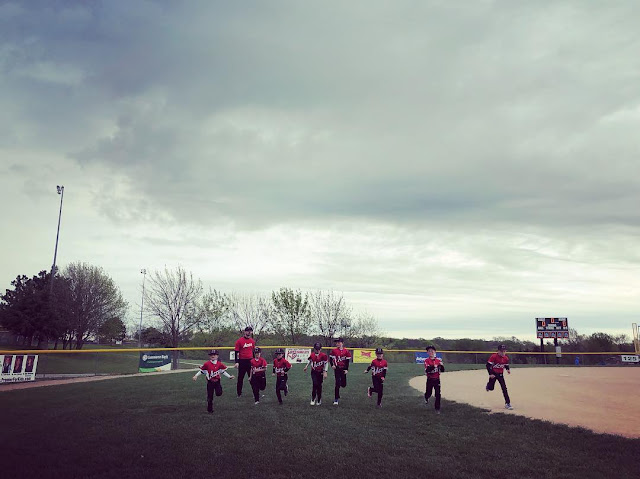 Fourth game for Aces 9u. They won and advanced to the championship as well.

Meanwhile, Lil South's game had already started and I was having a hard time not being able to be in two places at once. I wanted to watch Logan and his team play out the final pitches of their game but I also couldn't leave Kaden without family in attendance. So I stayed. 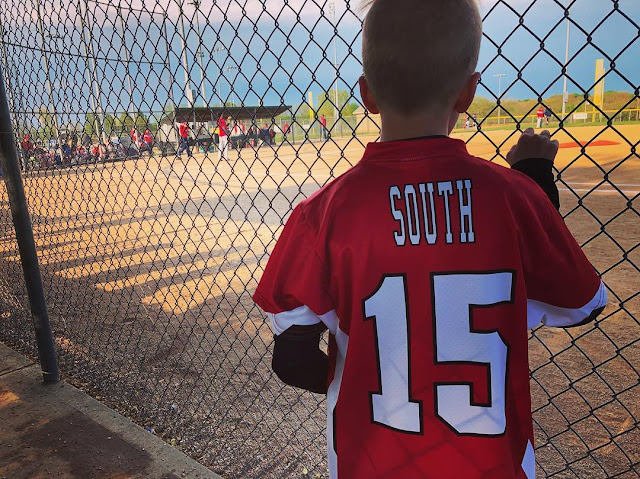 And then the pictures started rolling in. Logan's team had lost to a really good team and ended up taking 2nd place in the tournament BUT what an achievement for the Aces 8u, their first season playing together and after only a handful of regular season games. I just love this picture of Logan and his dad, makes me smile with pride each time I look at it. 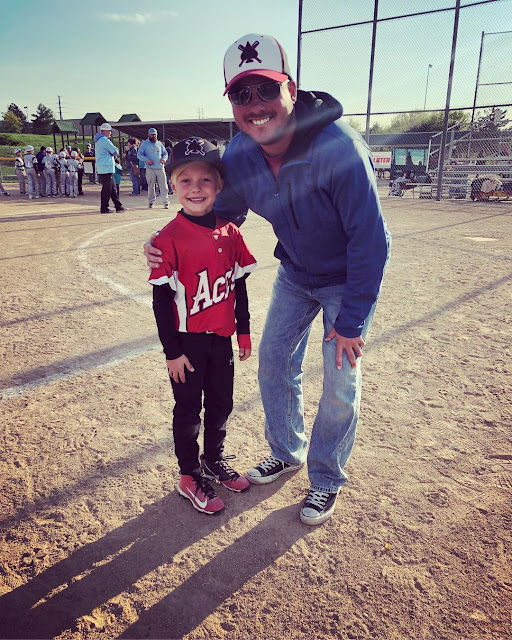 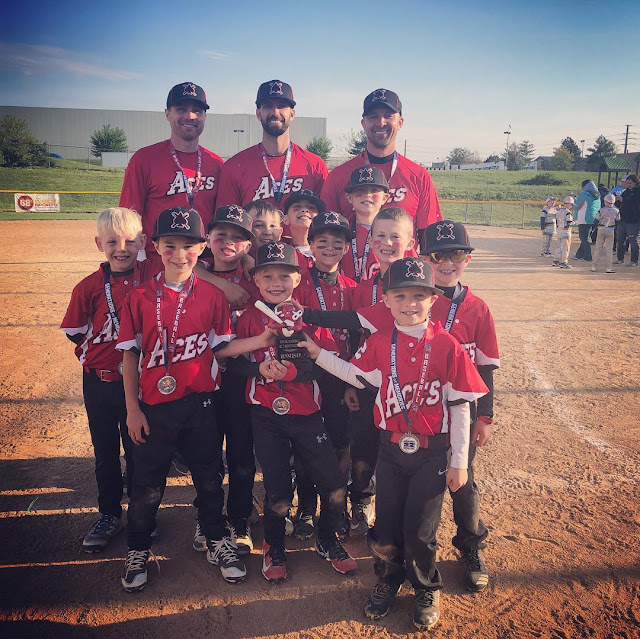 And Dad and Logan joined us just as Kaden's game got underway. The boys were tuckered out, this was their 5th game of the weekend and you could start to see it set in but they never gave up and made a game that should have probably been an easy one for the other team, a tight match. They ended up losing 3-6, a very hard fought loss.

So Aces 9u, also ended up taking 2nd place in the tourney. 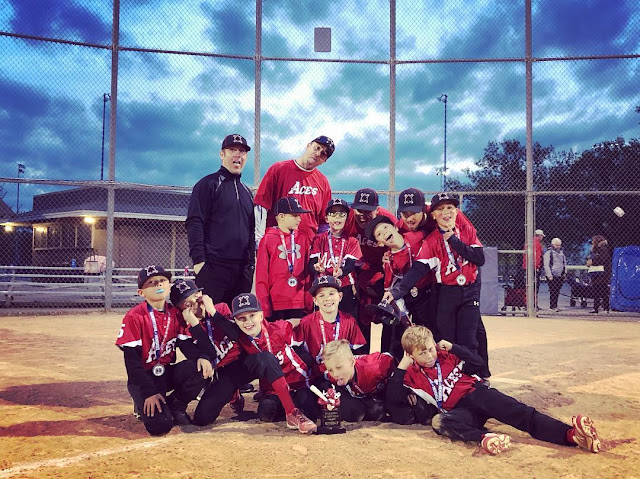 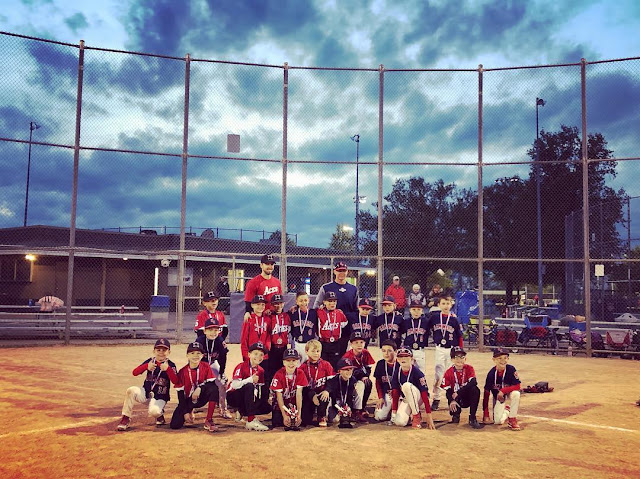 So after a long, rainy, windy, sunny weekend of baseball, both South boys came home as runner-ups and they both had the smile to show for it. So proud of how they each played and the effort they and their teams gave to the very end. Love watching these boys make memories. 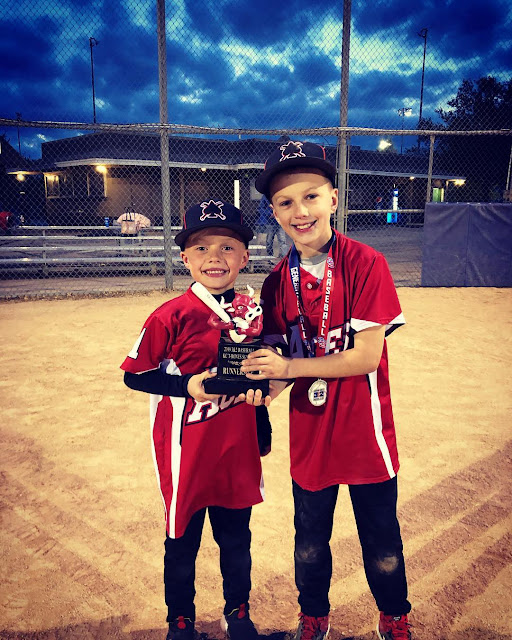