Olathe was out of school again. Thankfully, not for snow, this one was fully planned & we were prepared. We decided that it would be fun to have Cousin Colton join us since he was out as well and we were just going to make a day of it. The initial plan was heading to the zoo but it ended up being far colder than we had expected so we started off with a little Duck Donuts. I think Kaden and I enjoyed them probably more than the other two. 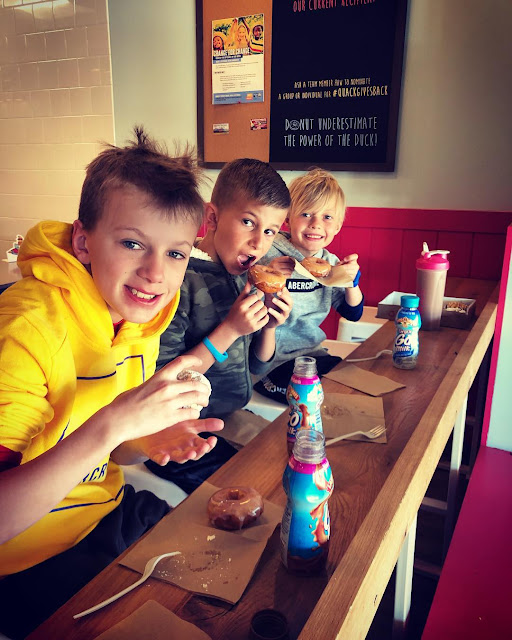 After Duck Donuts I thought it would be fun to check out a new exhibit at the mall so we headed to the mall. & that was a negative--they weren't open until 3 pm on Fridays so plan B turned into plan C, SkyZone. I drove over to SkyZone and that was a negative too. They were closed and didn't open up until 3. Mind you, all three boys were super stoked when I pulled into SkyZone so I now had three very bummed out kiddos. We headed back to our house to grab lunch and then we loaded back up in the car and we headed to the movies to meet Grammy. The one thing on our list since pivoting from the zoo was seeing the movie Shazam! and it did not disappoint. 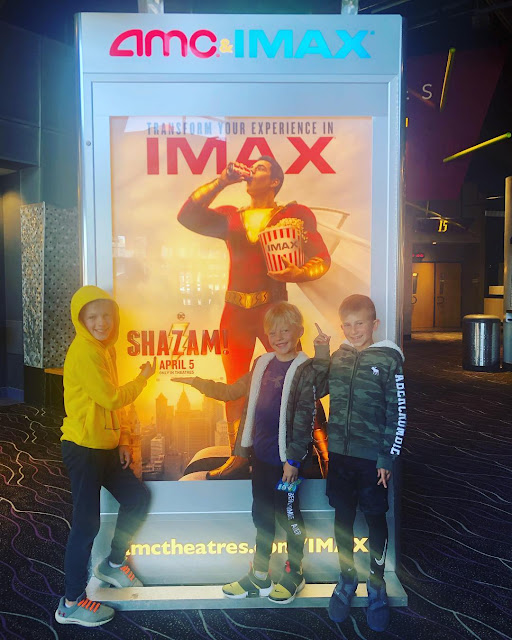 As soon as it was over we hightailed it back over to SkyZone and for the next hour the boys ran wild. Well, not as wild as some of the kids, these boys were kind and waited their turns patiently. Made this mom/aunt very proud. 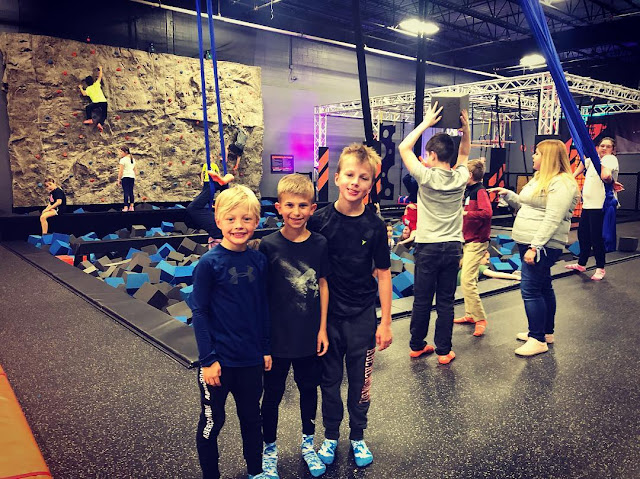 We ended the evening with dinner and a soccer match of Colton's and then it was off to bed, not a single peep out of either of them once I tucked them in. They were wiped. So was I.
Posted by Kayla South at 4:08 PM