So it was back to machine pitch for Logan.

He wasn't super stoked about having to go back to machine pitch because that also meant no leading off and no stealing. On the flip side, he would probably get to play a few more positions like pitcher, catcher and second base so he was going with it.

The good news---since two of the coaches from the OG Aces were his best buddies' dads, the Aces name would get to stick. We would have an Aces 9u and an Aces 8u so he'd wear the same uniforms as his big brother and his older buddies plus he'd get to tag along to all the games when there isn't conflicts and possibly maybe get to even be bat boy. This also meant that I didn't have to get any new baseball fan gear--unless we wanted it, which we did.

Logan's season kicked off a week later than Kaden's but that didn't stop him and Little C from coming up after his practice to watch the older boys---Little C played with them last season too. I mean, how cute are these two in their practice/tournament jersey! 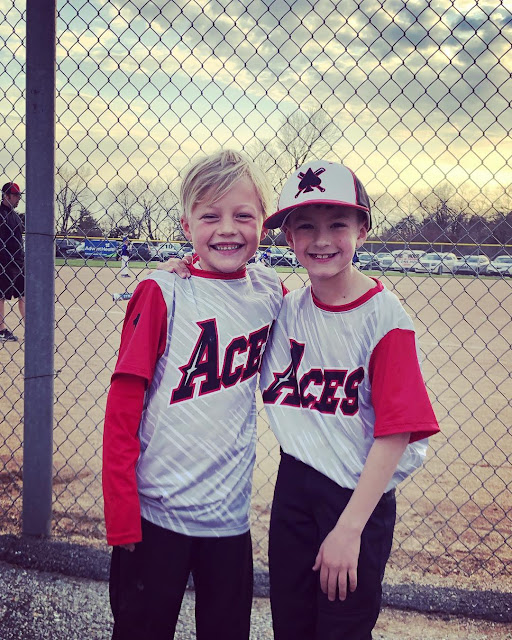 That first game he got to play all the positions that he wanted to and he came off the field loving the catching position most.

I'll be honest, I wasn't quite sure how I would feel about not having both boys on the field at the same time but it is what was best for each of them and honestly, me too. We needed to be able to pour our energy into each one equally when it came to their games. They each deserved the opportunity to shine on their own and not to either be overshadowed or overlooked due to something the other did. The smiles told us everything we needed to know---this was exactly how it should be. 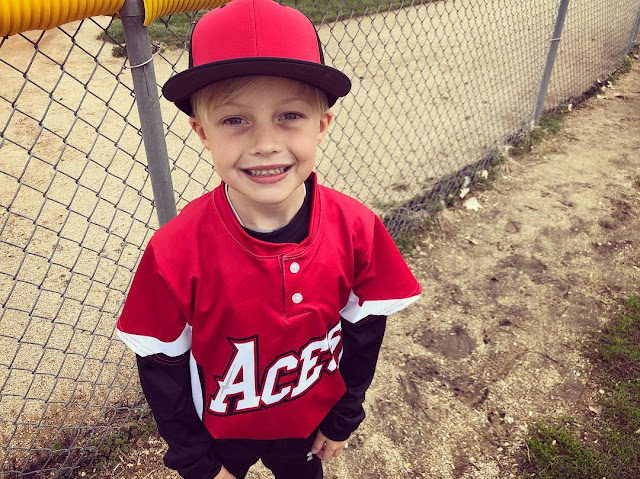 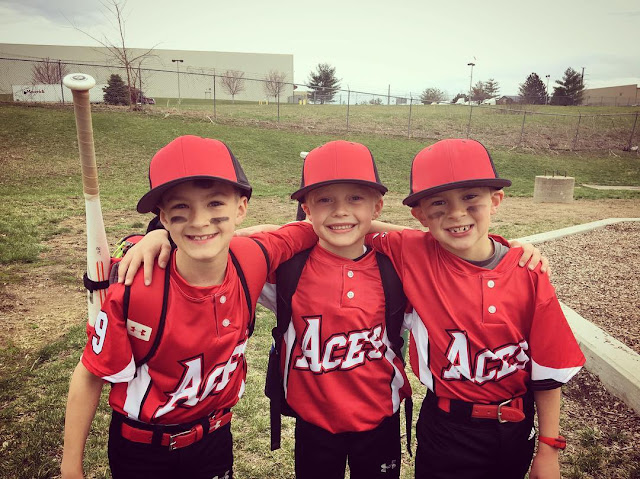 When we first moved the younger boys up it was because we couldn't find space for ALL THREE to play together. They started together and we wanted to keep them together & that's what we did. It organically grew into what it is today, these three on a team with all their buddies but still part of the OG Aces. They've come along in baseball but their cuteness has been strong from day one. 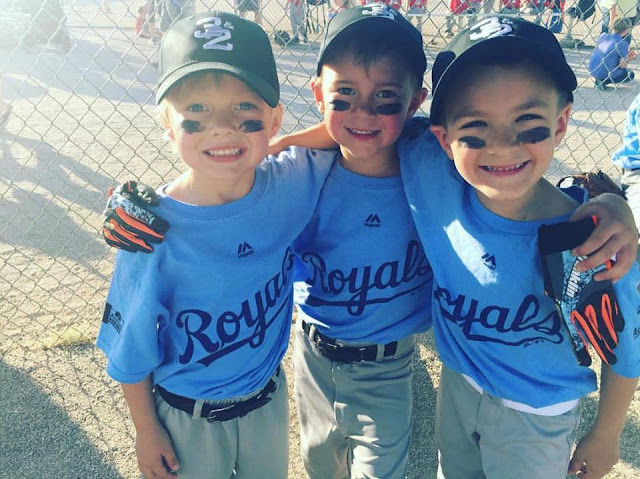 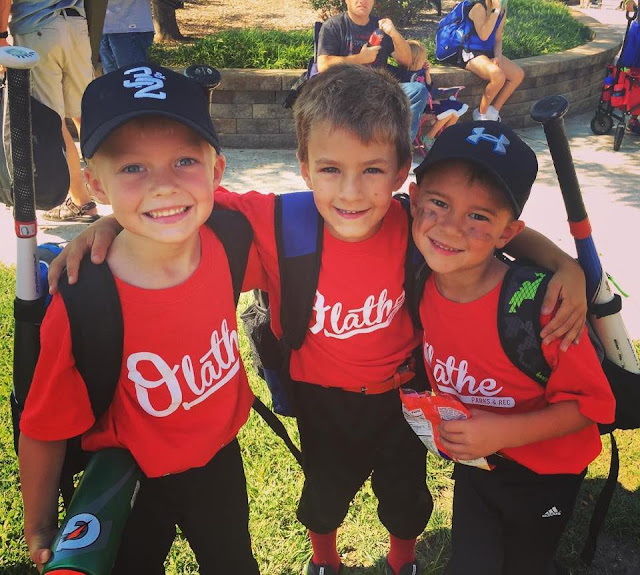