It was our first day in the middle of the Atlantic Ocean. I decided to get up nice and early and save a few deck chairs for everyone who was sleeping in so I was up and enjoying the sun by 7:30 and the rest of the group joined me about 8:15. We grabbed breakfast--cereal for the boys since they don't typically get it at home--oatmeal and french toast with blueberry compote, I had been looking forward to this for a little while now! After breakfast it was a full day of sun--and we underestimated it's power and strength that day. 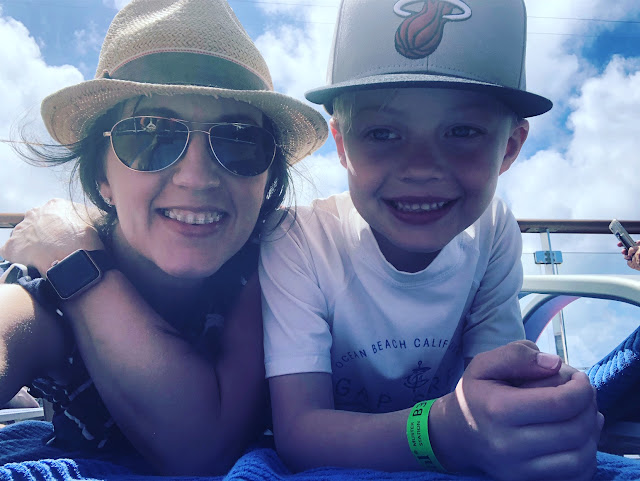 This ship, the Horizon, had a lot more "toys" on it than our last ship. It had a whole sky course-the SkyRide, the SkyRopes, SkyCourt for basketball, SkyGolf, Sky SoccerPool and more. The only one that was tall enough for the SkyRide was Kaden and he wasn't too thrilled to go on it but when I asked he said, okay. We got to the front of the line and he was nervous and said that he didn't know if he could do it. I told him that I was nervous too but it was a good nervous, it was that kind of nervousness that you want to push through and overcome. He watched as a few more went and then it was our turn, he got up there, got buckled in and they told us we could go. We started out and the FEAR set in. I stayed right with him but I could tell that all he wanted to do was turn back but sadly, turning back wasn't an option, we just had to keep moving forward, so he did. Slowly and with tears but we were moving, until we weren't. He stopped right above the SkyCourt and he proclaimed he couldn't do it any more, so we put on the brakes and we gathered our strength and our courage & we peddled one foot at a time. At the back of the ship, halfway around, we were no longer side by side, we were on top of one another and I couldn't see anything but I kept talking to him. As we rounded the corner there were no more tears, there were actual smiles and he finished strong with not a single tear on his face. He got off and stated he was never doing that again. Again, is the key, he had already done it and he didn't let fear get the best of him. I was so incredibly proud of him. 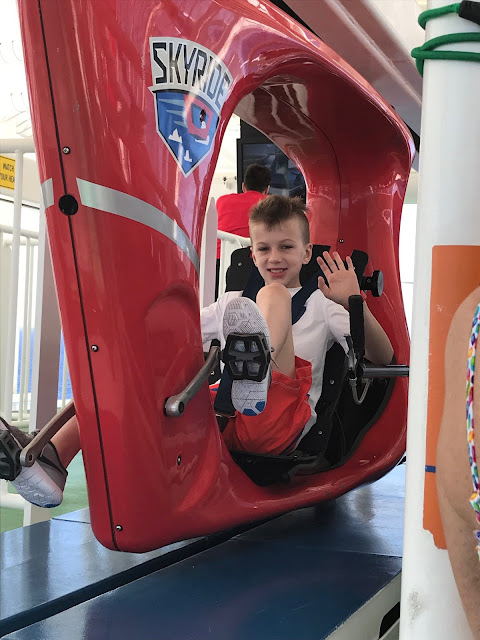 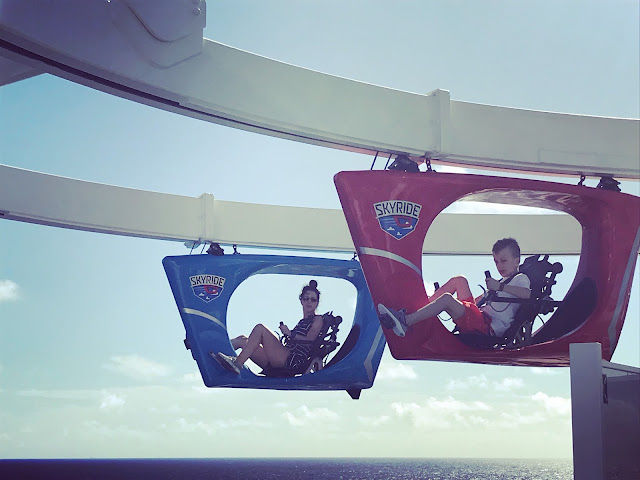 & then he wanted to play mini-golf--whatever you'd like good sir. 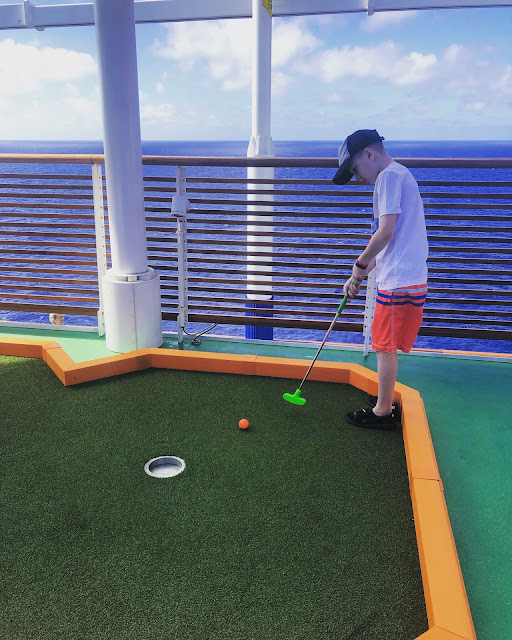 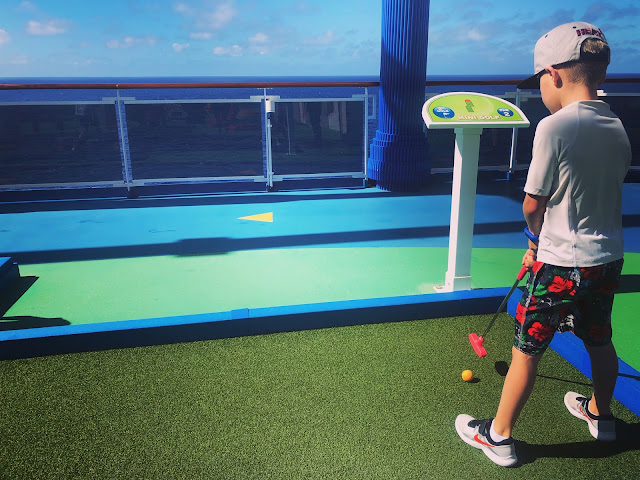 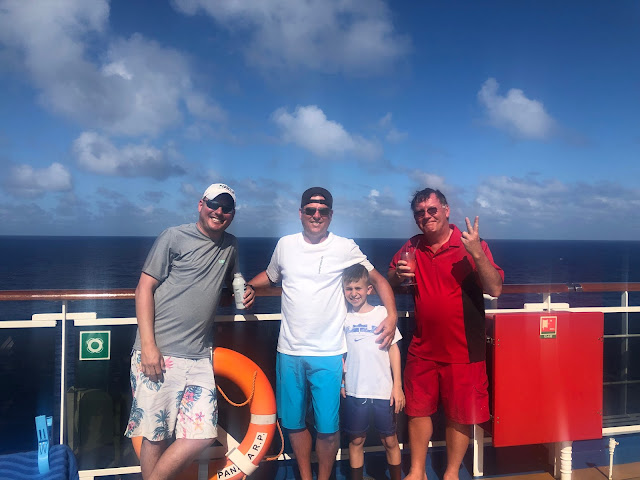 That evening was our first formal night too. How cute of these three? It was so much fun having family on this trip with us and watching these three bond a little more. Little did we know, we had lots of family on this ship and a whole lot of fun was headed our way. 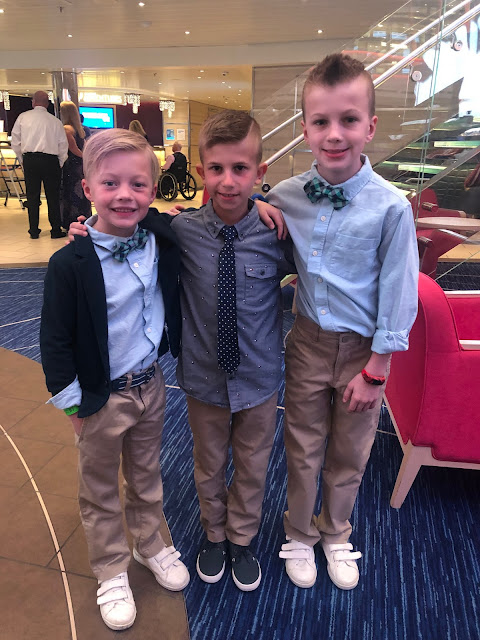