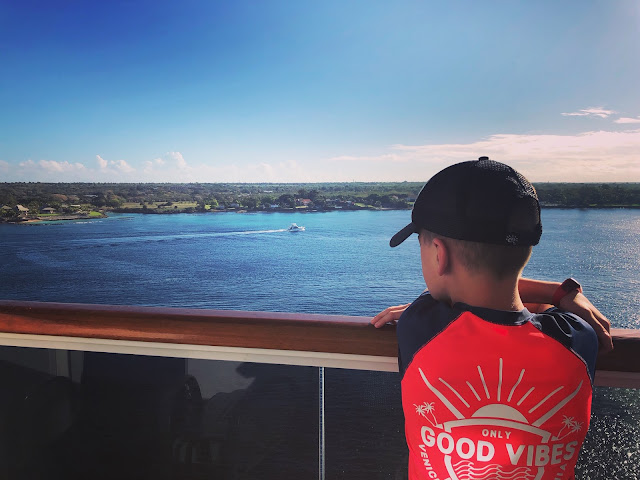 We didn't really have much planned for this stop, in fact we were planning on just hopping off the boat for a quick second, stepping foot into the Dominican Republic & then getting right back on the boat but as we were disembarking they mentioned a little train ride around the city. We figured it would be short so why not but first pictures! 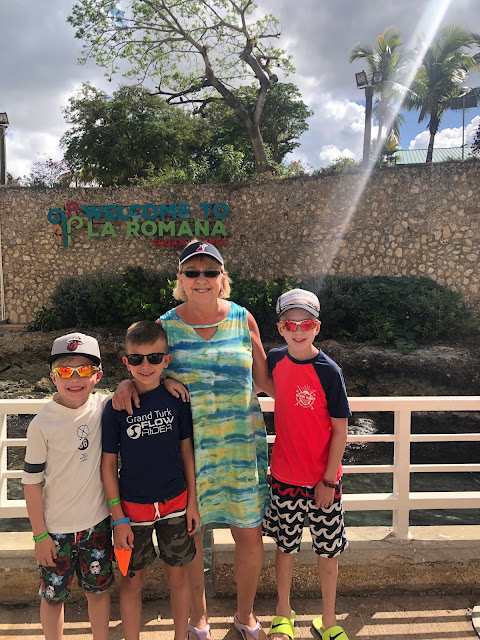 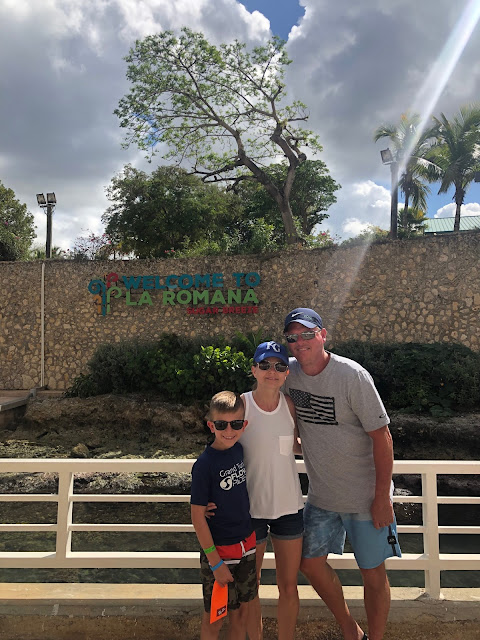 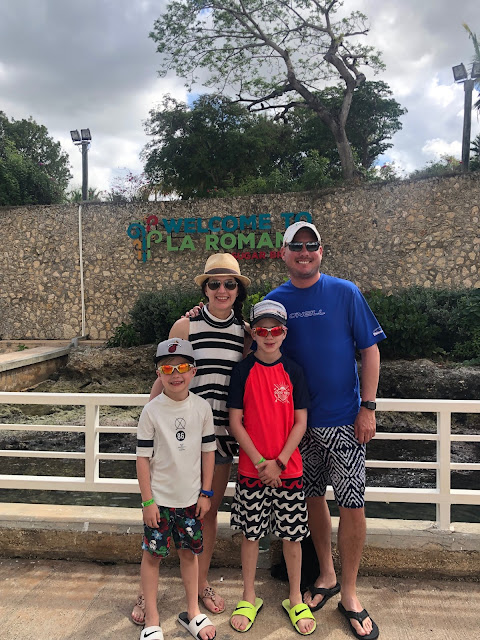 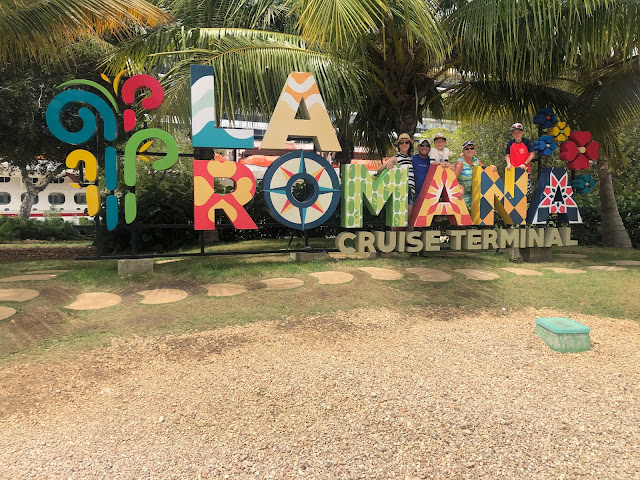 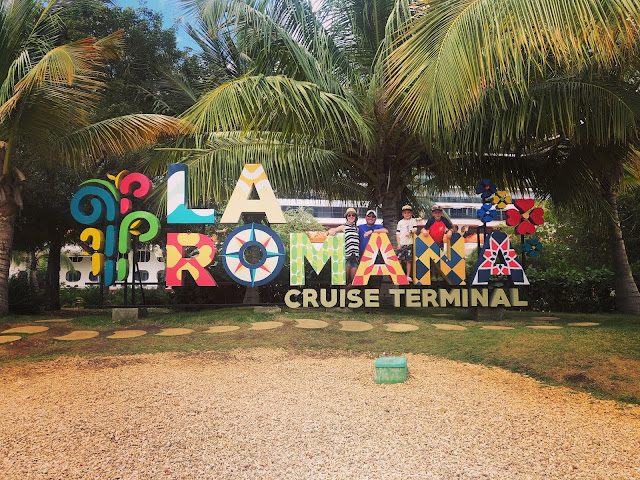 The nice thing about not having anything planned is that we could take our time getting off and on the ship. We ate breakfast without rushing and slowly made our way down to the deck 0 to hop off the boat. As were were waiting in line we ran into my cousin and her boys so we just hopped in the train line with them and on we went. The train ride was NOTHING to write home about. It did provide some humbling moments and hopefully some thankful moments for the kids but outside of watching people run along side the train to sell you anything from cigars to necklaces to sodas and water, we didn't see much. It wasn't the longest ride so we were back in a matter of 30 minutes to do a little shopping before jumping back on the boat for lunch. It was Guy's Burgers for us all. 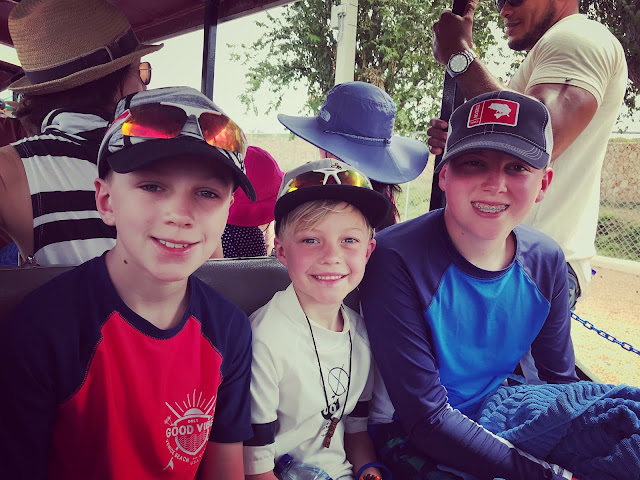 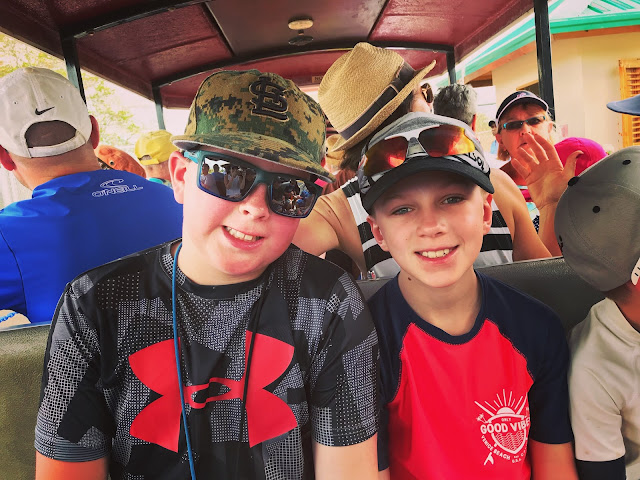 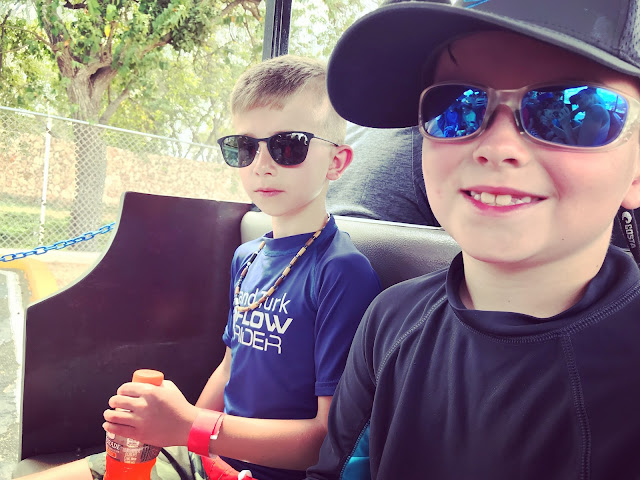 Since we were at port and the ship was basically empty the boys took advantage of the no lines and went on the ropes course. And by boys, I mean, Logan, Colton and Dane--Kaden was enjoying soccer pool with Luke. Logan was a little timid the first time through but that second time around he flew through it and my worries and concerns were long gone. 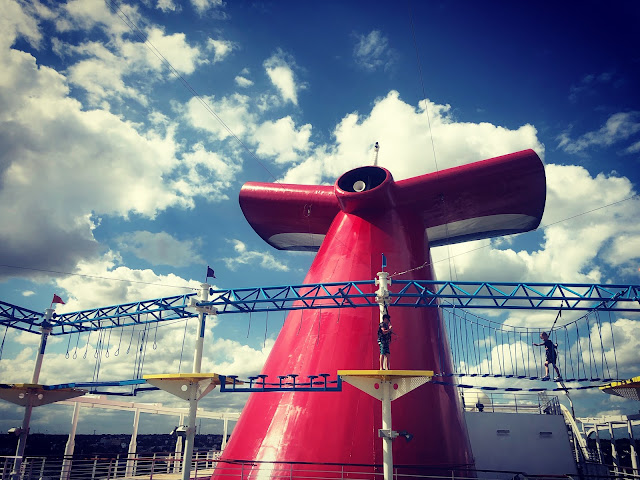 We typically don't do dinner in the main dining room when we are at port but since we were on the boat so early we decided to take advantage of a quiet dining room. The boys all found their love for salmon and crackers again and I'm pretty sure each ate their weight in chicken nuggets. I may have done the same with the shrimp cocktail. 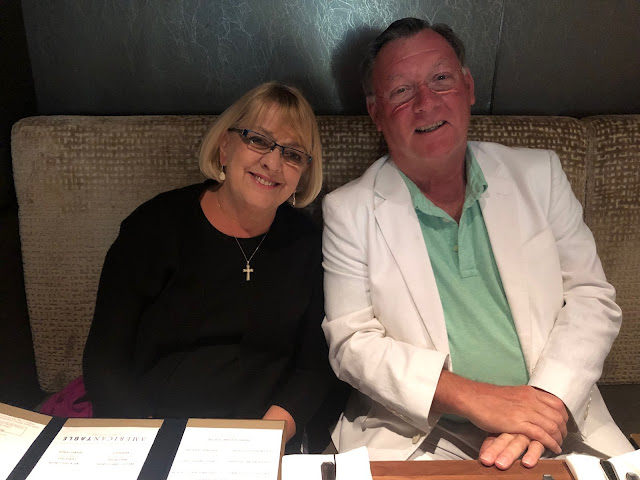 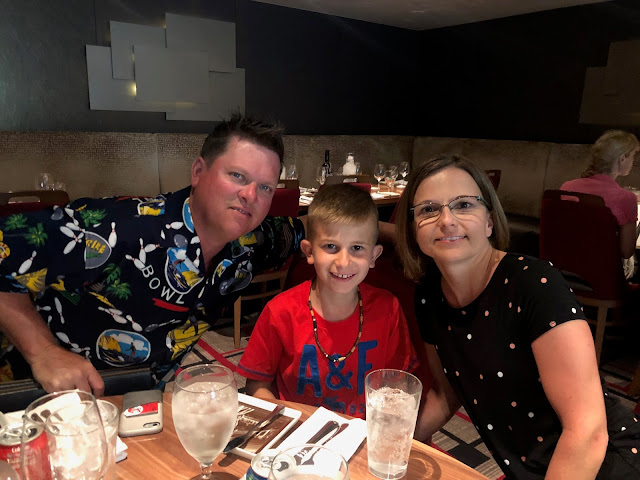 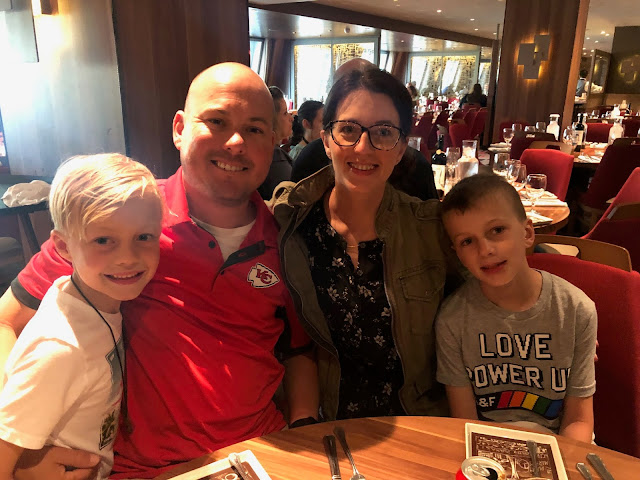 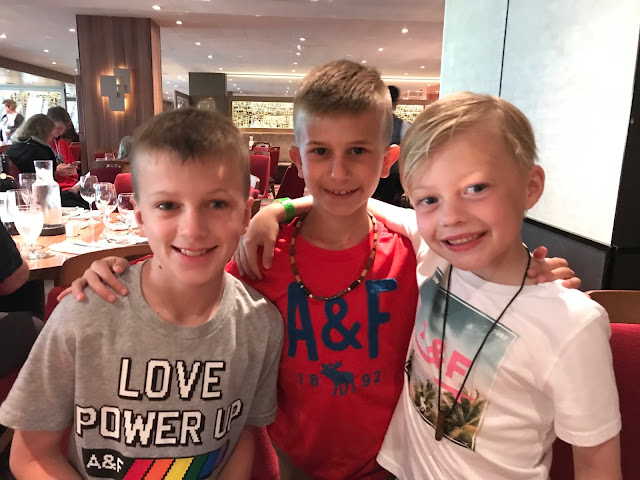