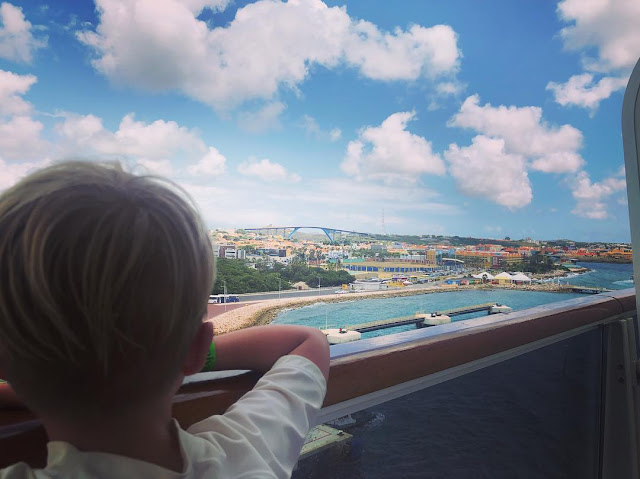 Stop #3 was to the beautiful island of Curacao, however, we wouldn't be arriving until after lunch which gave us plenty of time to enjoy a quiet morning at see. Kaden decided to join me for a little breakfast on the Lido & a little soccer pool to get the day going.

The morning seemed to kind of drag in anticipation for our port but it was certainly worth the wait. Curacao was prettiest of them all. We had booked a mini-jeep excursion but there were some mechanical issues and our excursion was canceled, leaving us with zero plans. We had tried to book a beach excursion but they were sold out so we decided to wing it. We got a couple names of beaches from the adventures desk & headed off the ship, jumped in a cab and he said to avoid those beaches and he'd take us to a closer one that was less crowded. We were all for that. I texted my cousin to where we were headed and then ended up joining us too.

Blue Bay Beach was our destination and it did not disappoint. Probably one of the best days on our vacation because we had family, sun, the beach and a few drinks. 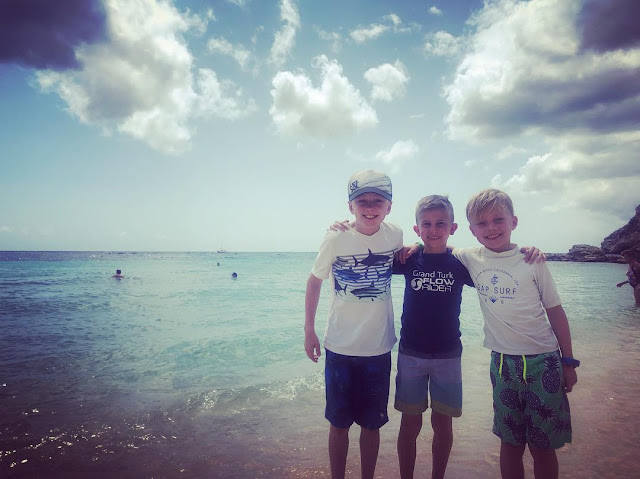 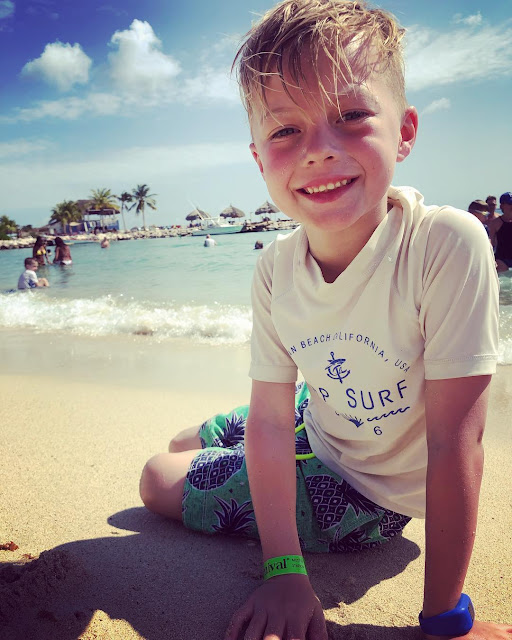 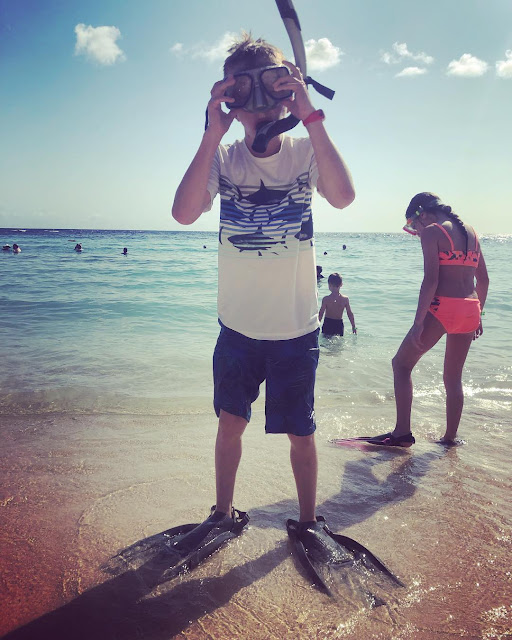 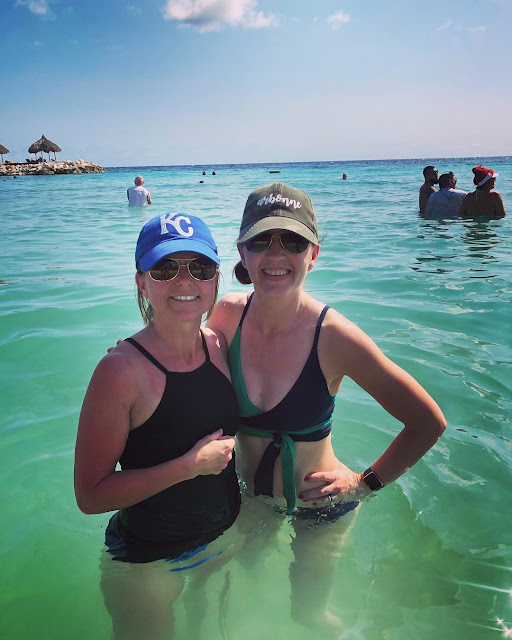 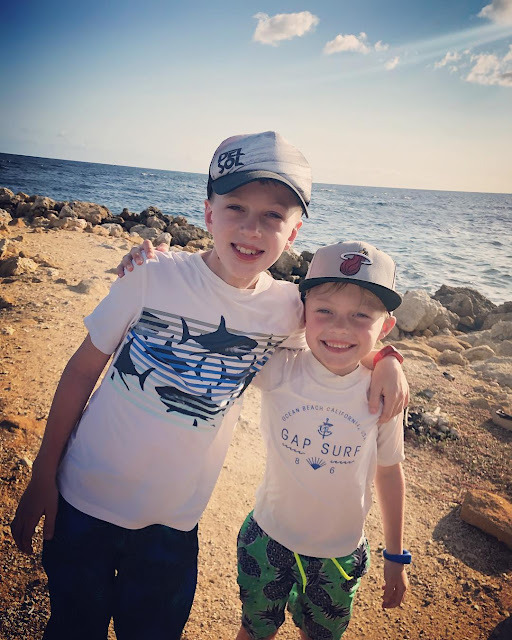 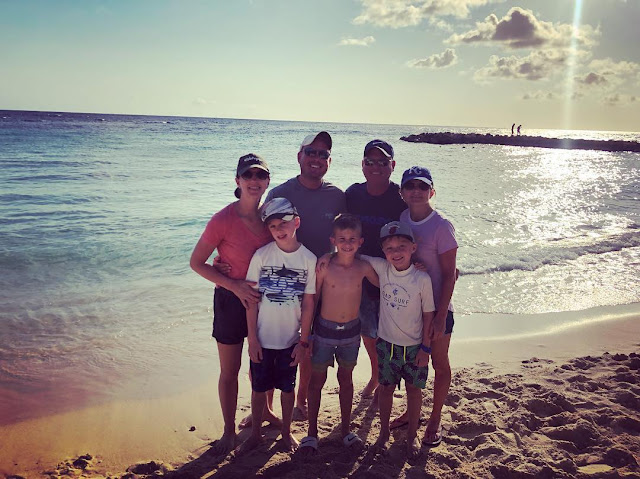 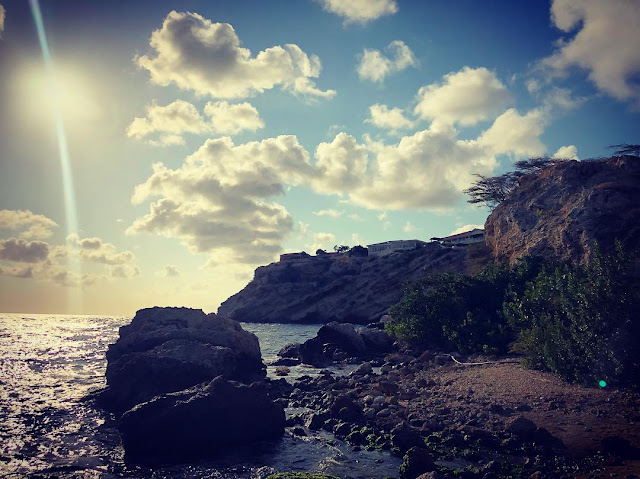 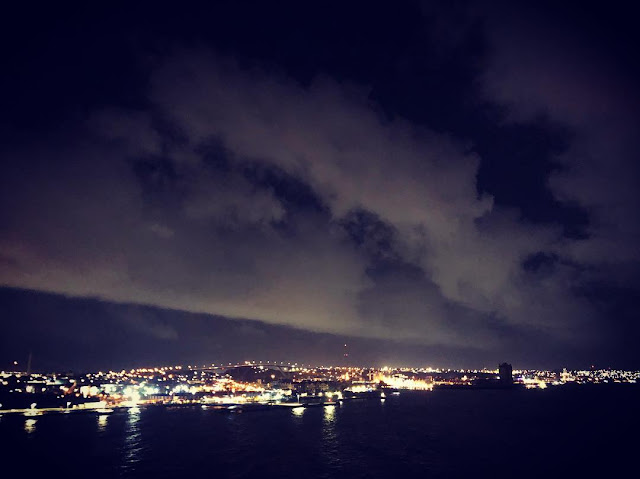