Souths Sail the Horizon - All Aboard 2019

So it was time. Time to board the ship. We had a 12:30 checkin time but we decided to roll the dice as we had the previous two years and show up a little early to see what would happen. Worst case, we sat in a room and waited until our time to board but best case, we would get to board a little early. Let's just say BEST case won out, if fact, once we stepped out of our Uber, we didn't stop moving until we were aboard the ship. Seriously, we arrived at 11:15 and by 11:45 the boys were already changed into their swimsuits and were off to try out the new slides. We had drinks. 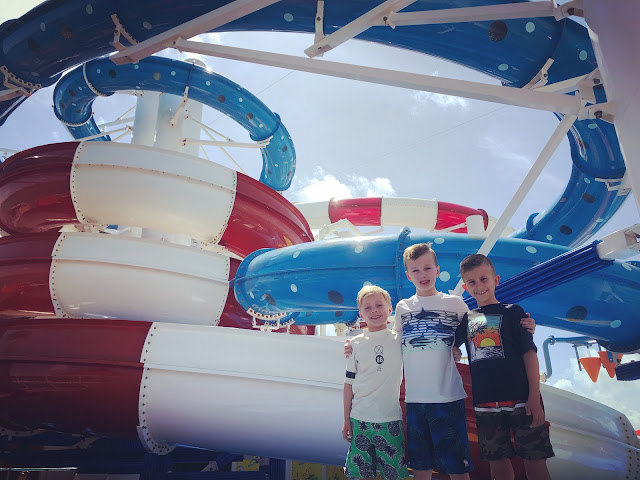 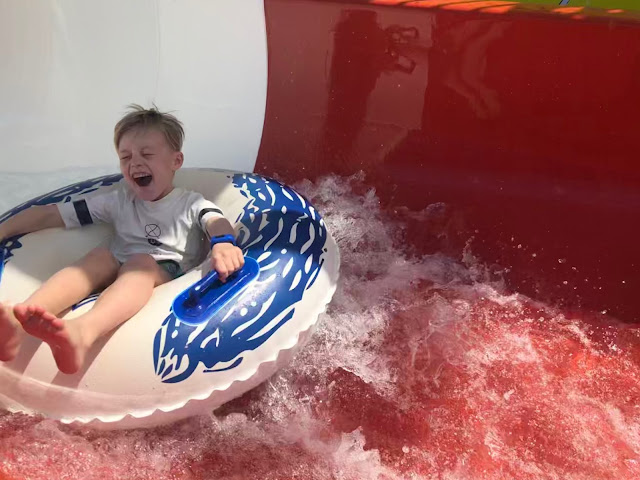 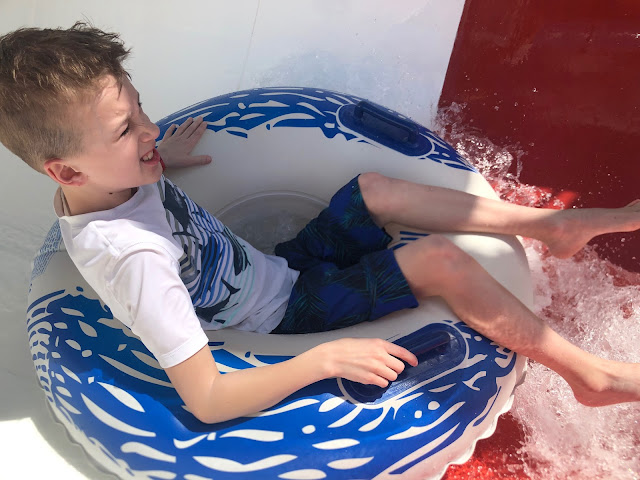 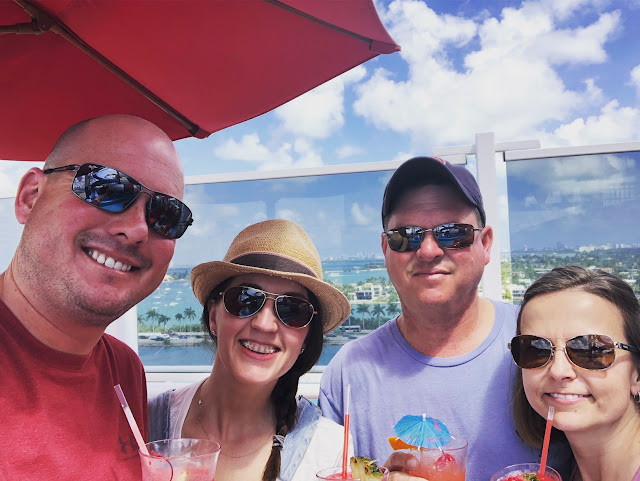 The last few years when we have boarded and sailed off into the ocean it was dreary and raining in New Orleans but not this day, the sun was shining and we were so excited to finally be on the ship and we were ready for the next 7 days.  Port of Miami was beautiful--but then again, would you expect anything else. 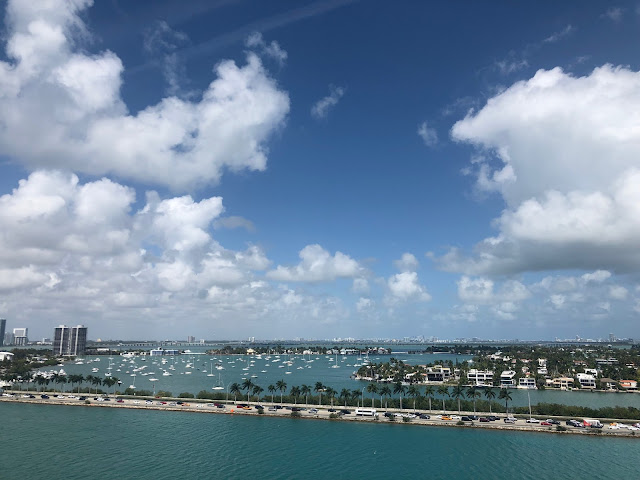 Logan had a new goal this year--to be his last year ice cream cone total--within the first thirty minutes he was already 2 in. He was off to a good start. 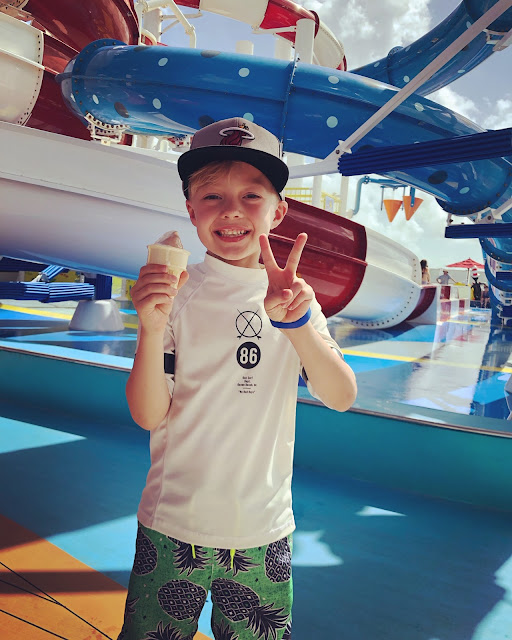 Each of the last cruises we have taken we have moved our room around on the ship. We started out on the 7th floor then we moved to 8 and liked it better and this year we moved up to the 9th floor which was even better. Our room was one floor down from the pool area and two floors down from the slides so it was a hop, skip and a jump to our room for anything that we needed which was so incredibly nice. The boys even found some new found freedom this year and when they needed different shoes, they could run down there and get them! Third time around, we are finally figuring this whole cruising thing out!