It's Cruising Time But First

Spring break was FINALLY here. We had been counting down the days for what seems like forever and here we were, packing our suitcases, checking in for our flights and making sure we had our passports. We were ready.

This year's spring break was similar to last year's in that we were heading out on another cruise with Carnival. This year's trip was different because we weren't going alone. This year, Uncle Adam, Aunt Becky and Cousin Colton would be going with us & we would meet Grammy Janet and The Craigster on the ship along with Craig's daughters and their families. It was going to be a spring break for the books--full of family, friends and fun. 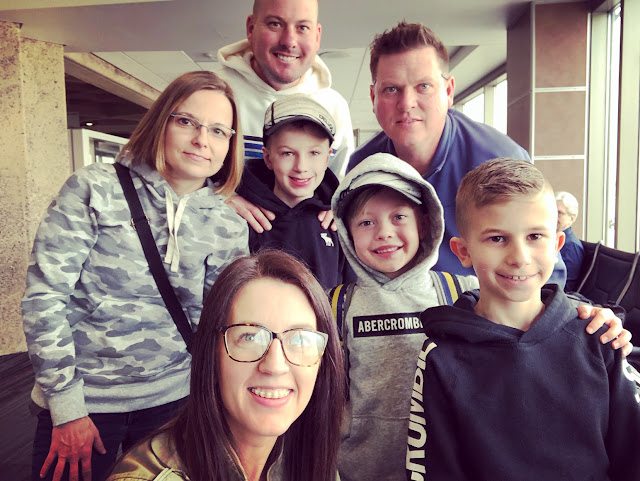 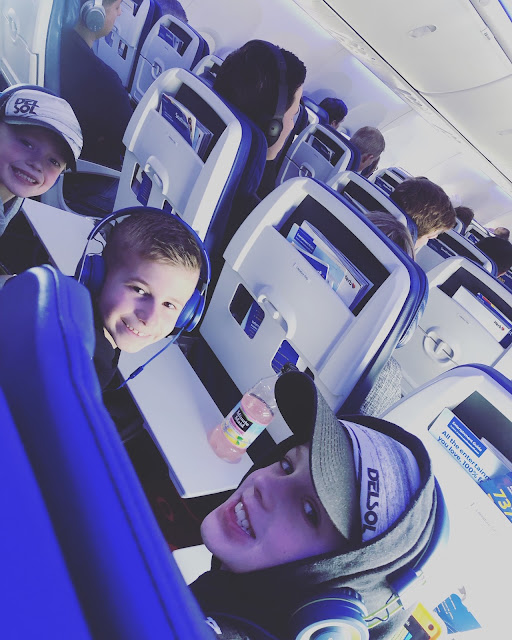 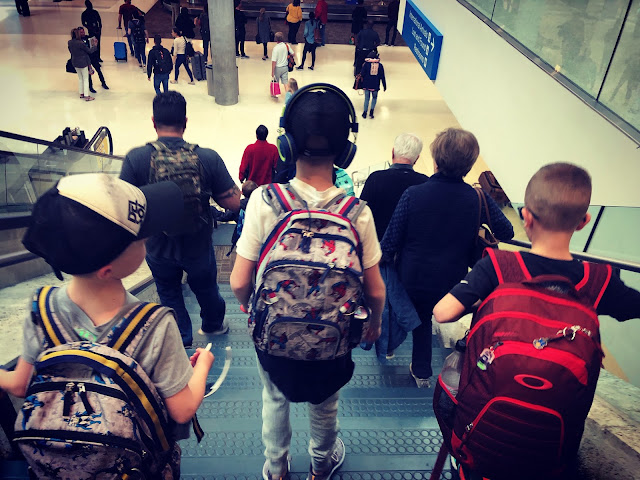 But first, Miami. Since this was Justin, the boys and I's third cruise, we were pretty specific on which ship we wanted to sail on and what stops we wanted to make since we had already been to 7 stops in the previous two years. We chose the port, ship and destinations and then came the flights---OUCH. So instead of paying double the price for the flights to fly out on a Friday and come back the day we arrived back to Miami in port--we went out on a Thursday and came back on a Monday, saved LOADS of money & had a few extra days to make memories. & memories we made.

Becky found us our condo and what a gem she found. It was a two bed, two bath with a pullout couch condo, right next to Bayside Shopping center. So convenient. It also, had some amazing amenities that we gained access to for the two days. After arriving we walked around the shopping center, ate some dinner and then called it an evening 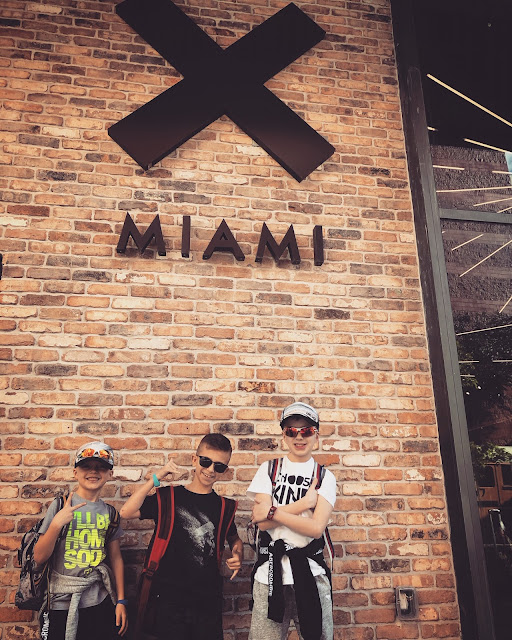 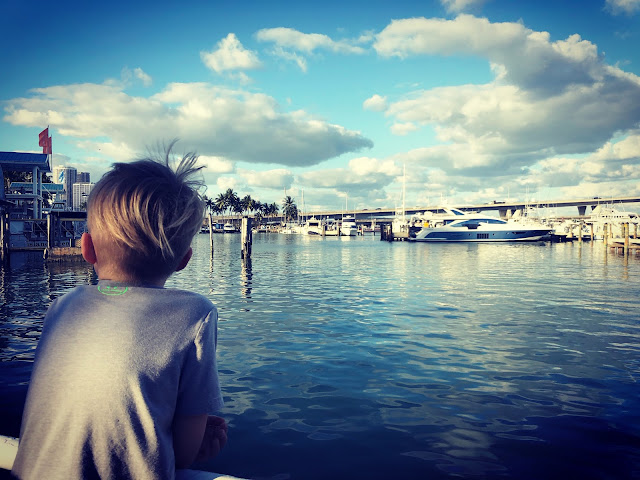 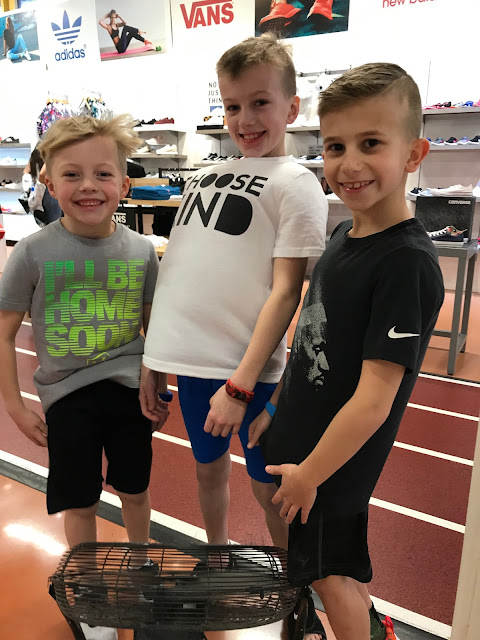 Since we were in Miami a few days early we had an extra little surprise up our sleeves for the boys--but first, they wanted to swim. It was pretty windy and cold as high up as we were so we didn't stick around too long before heading out for lunch and getting a little warmed up. 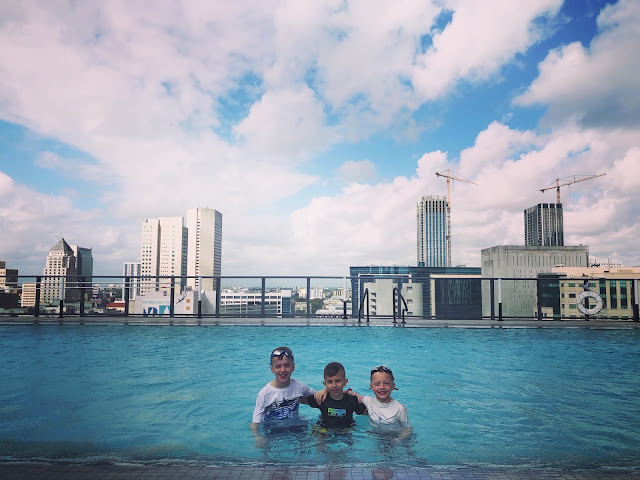 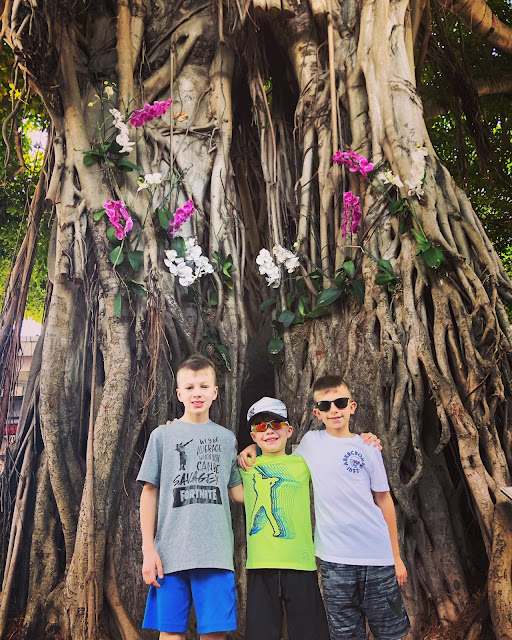 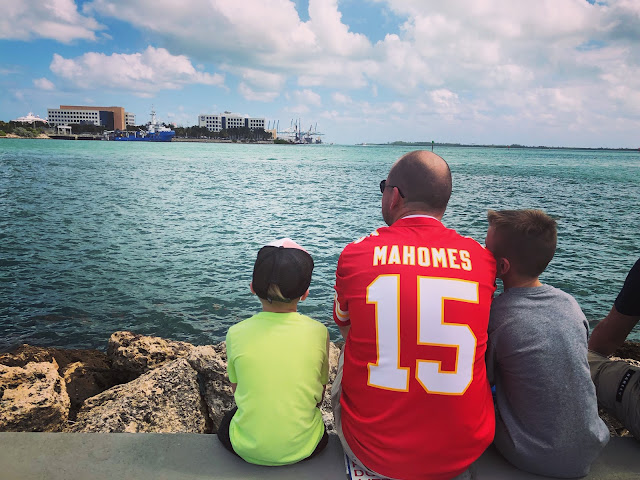 But once we returned they were asking to go back to the pool and this time they spent the majority of their time playing soccer with their new friend, Paris. The boys loved getting to roll around with this little pup and the pup LOVED chasing the ball--win, win. 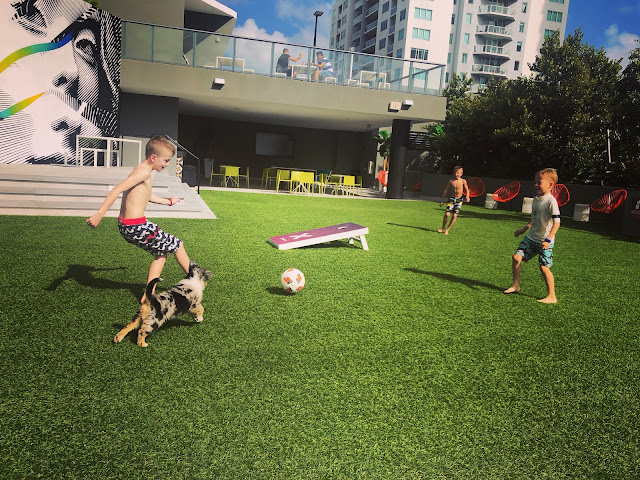 Finally it was time for their surprise. A MIAMI HEAT game! 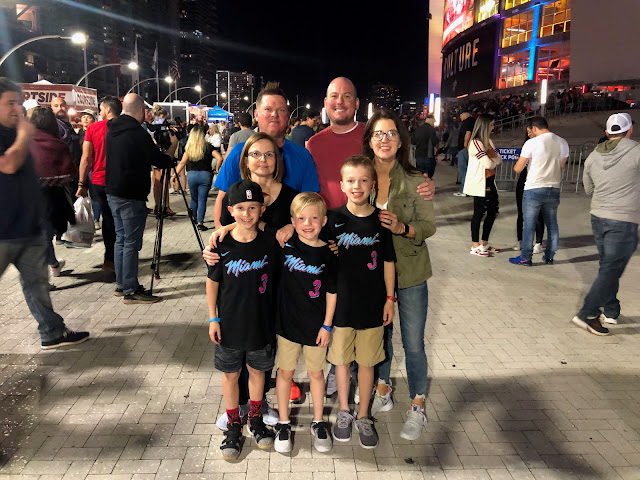 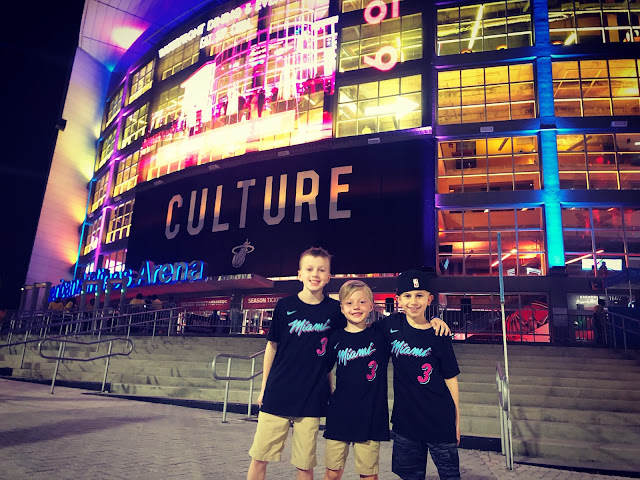 Prior to leaving we of course ordered the boys all shirts and since I've always thought Dwayne Wade was good looking, we went for his number! We arrived nice and early--only had a couple blocks to walk from our condo--so we made our way down to the floor to see how close we could get. I'd say the boys being so darn cute helped us get a little closer than I would have on my own. I love that we are at an age where they are truly interested in the game and not just the food or drinks that come wit it. In fact, we didn't get anything--well, we did get a few souvenirs. We had to. 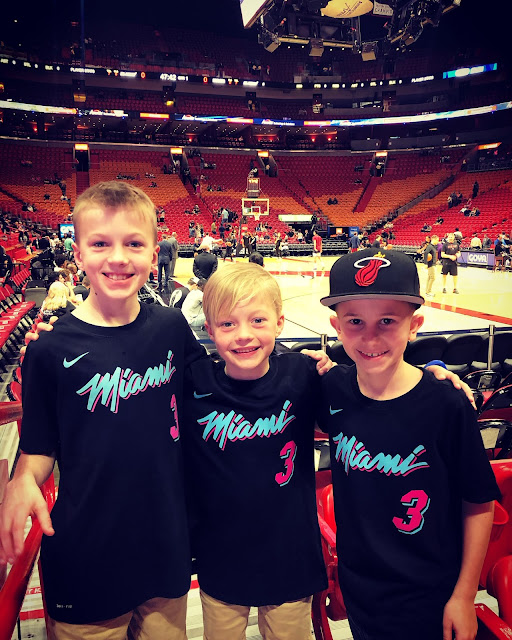