A Day with Kaden -

Half Birthday and Field Trip--it was going to be a good day!

I don't often get to go on the boys' field trips but that doesn't mean I don't try, it's just that my name doesn't typically get drawn, however I was in luck this time around.

Kaden's class was headed to Union Station to see Dinosuars Discovered and then we were headed to Science City. It was another cold, cold day but we bundled up and we made the most of it.

But first, happy half birthday, Kaden Oliver. Crazy that you are now closer to 10 than 9. SMH. 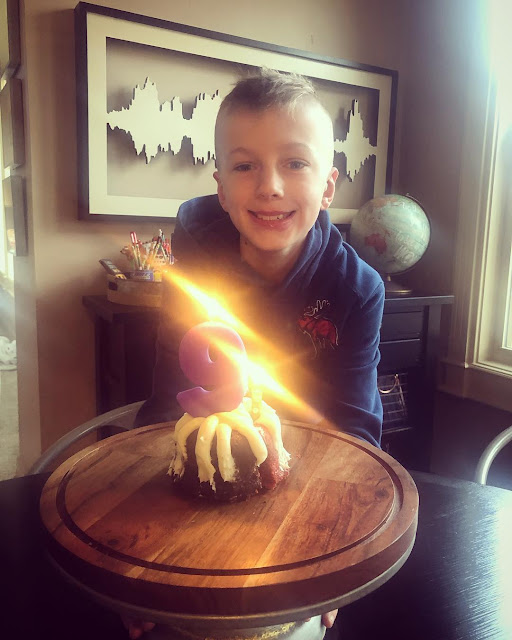 Not only was I getting to go on the field trip but I also got the distinct pleasure of riding the school bus with him, we got to enjoy a seat to ourselves, others weren't so fortunate. 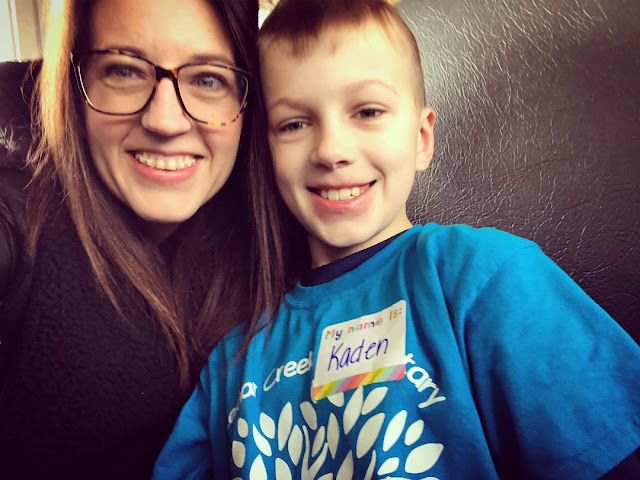 Once inside I had four kiddos in my group--four very sweet kiddos from Kaden's class. We got to make our way around Dinosaurs Discovered at our own pace so we made sure to take it all in. Neither Kaden or I had ever been to see this exhibit and his buddies hadn't either so instead of racing through, we took our time and enjoyed learning about the various dinosaurs and the time periods when they each existed. 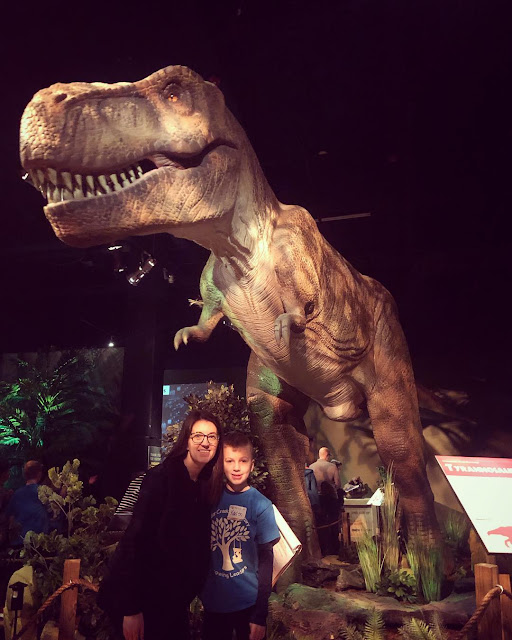 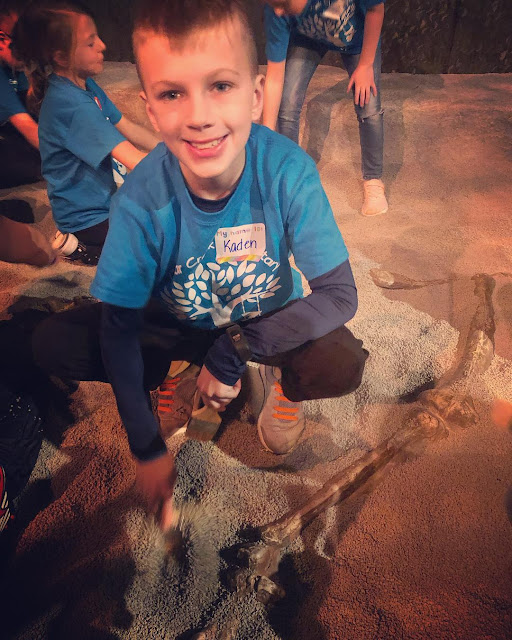 Next up was Science and City and look who we ran into -- our buddy, Nathan Walsh. Lee's Summit was out of school and so Jenn, Nathan and his grandma were enjoying a day at Science City too--little did they know that so many schools would be cruising into the same place. 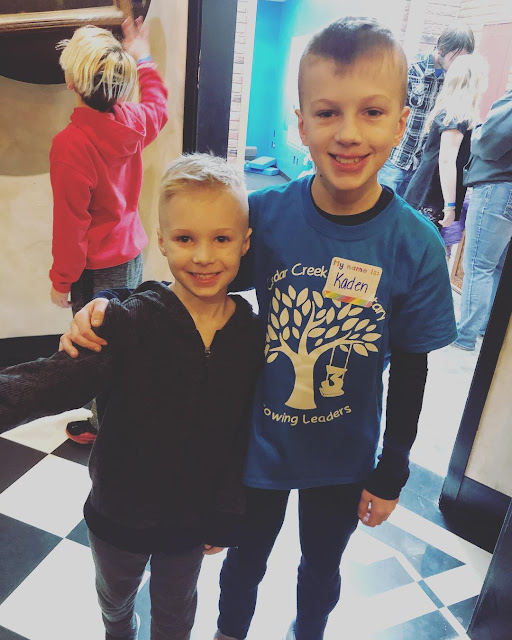 The other thing that made this school field trip so fun was that one of my besties is a 3rd grade teacher and even though we didn't get to talk much because we had kiddos to chase, I mean, look after but it was still nice to get to see her. 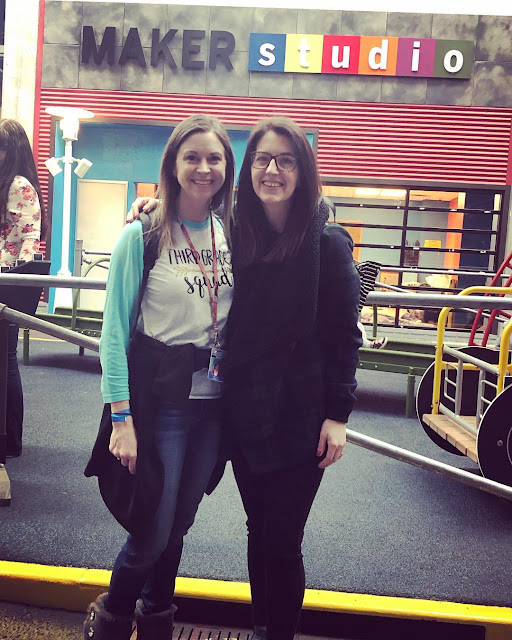 And as cold as it was, we still managed to venture outside and enjoy the playground. A little cold weather never hurt anyone. 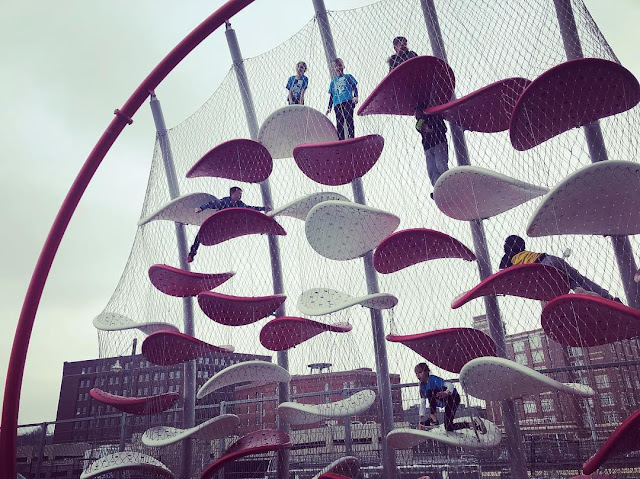 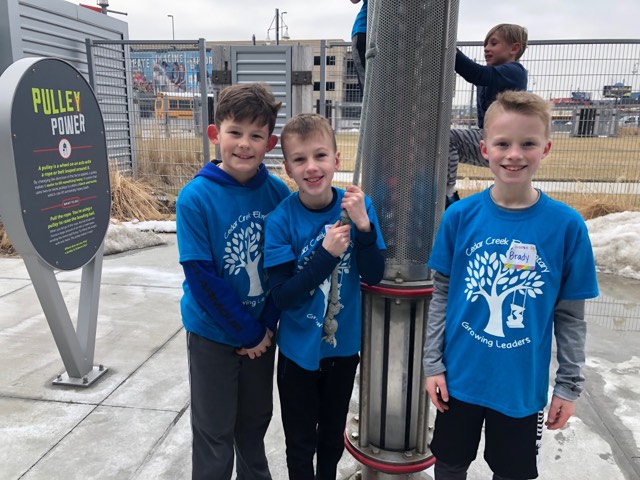 By the time we got back to school, school was almost over so Kaden and decided to break Logan free and off we headed for the day. Loved being able to spend a little quality time with my oldest.
Posted by Kayla South at 3:18 PM