If December couldn't be busy enough with all the holiday fun -- we've got two cute little people who have birthdays--one on the 14th and the other on the 21st. & since they are December babies and their birthdays are closer to Christmas than not, their parties usually fall on the same day OR at least on the same weekend which was the case this year.

So we celebrated two of our favorite people turning two, two days in a row.

First up--Miss Kendall. She had the cutest little birthday party -- Minnie Mouse & it was so fitting because in October she went to Disney for the first time! We had to arrive late because Kaden and I had a ballgame from 1:30 to 2:30 and the party started at 2 but they were so kind and waited till we arrived to do cake and presents. As we walked up she first saw Justin and ran to hug him and then when she saw me she started dancing in place and ran her cute little tutu bottom over to me as quick as should could and she just gave me the biggest hug and didn't want to let go. I was 100% okay with that. She can latch onto me anytime she wants to. 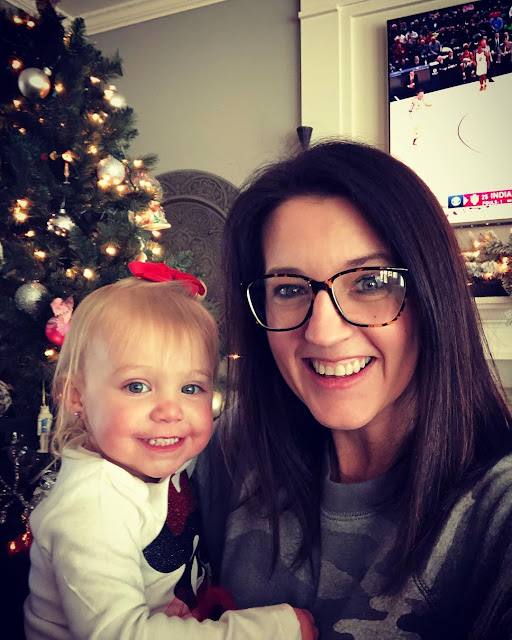 And then on Sunday we road tripped down to Carthage to celebrate Trenton! We arrived a few hours early so that we could just hang with the family for a little bit--the birthday boy was napping but we got to hang with Papa Tom, Grandma Sara and Aunt Lindsey for awhile. Finally, the birthday boy arrived. He wanted nothing to do with any of us, just wanted to be with his daddy. I think he was still a little tired but Papa Tom was able to bribe him and he started to warm up to the rest of us.

By the time we were ready to leave, he wasn't ready for us to leave. I mean, I had just taken him on multiple laps around the shed on his new bike---which thankfully was his last gift because he did NOT want to give that sucker up. Case in point--our picture had to include the bike.

So happy we made the round trip to celebrate the INCREDIBLE Trenton because in a matter of days we will be back down there to celebrate Christmas and maybe, just maybe it won't take so long for him to warm up. 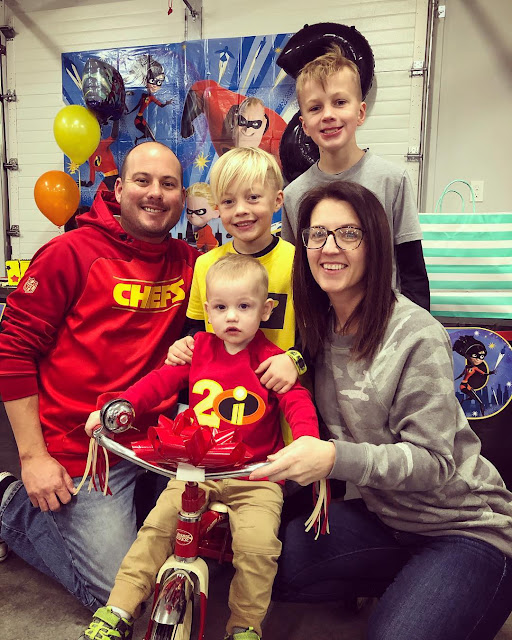 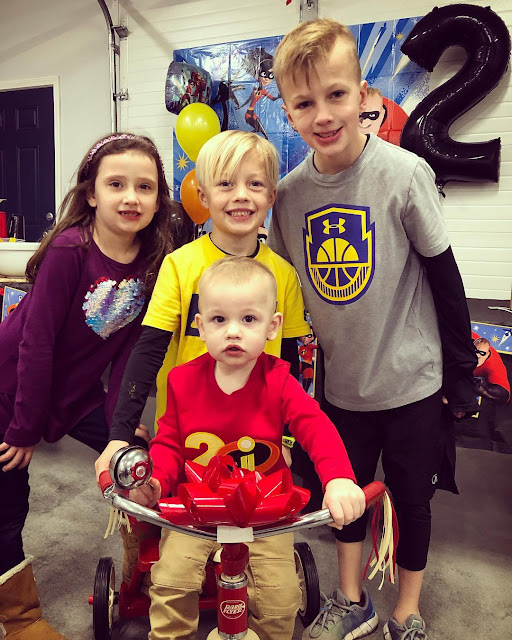