Since I had a number of days off from work during the holidays we figured that we would spend some time down South at Grandma Sara's and Papa Tom's BUT then Grandma Sara mentioned coming to KC and bringing Madison with her. The boys loved the idea and so did Madison so the day after Christmas they made their way to KC and we ventured out on a few adventures. 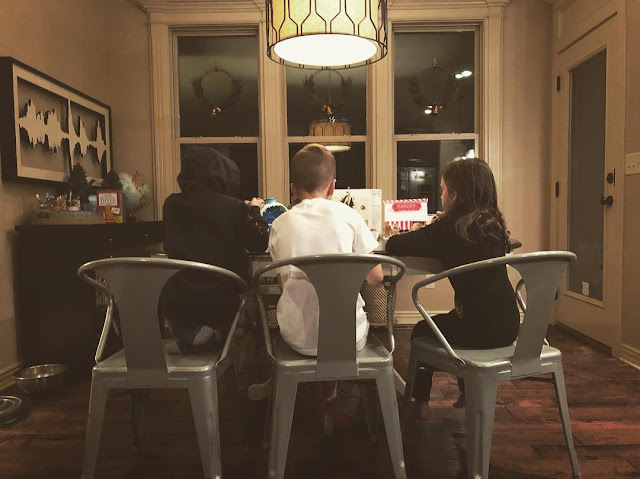 We started our Thursday at Union Station & right off the bat they were amazed by the grandness of the dinosaur and well, I knew it would make for the perfect picture. 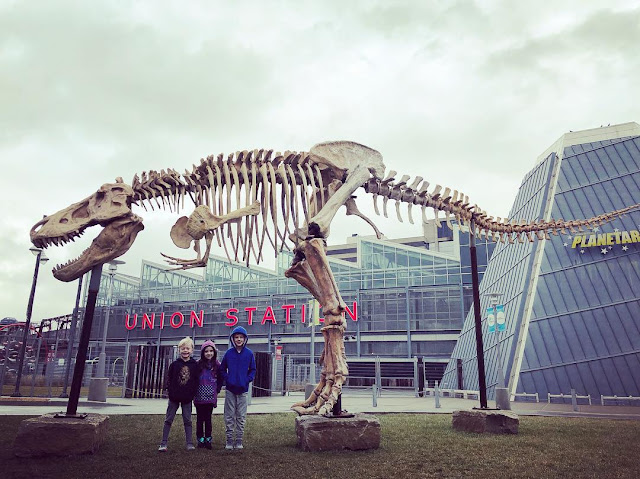 Grandma Sara LOVED the giant Christmas tree and I loved how quiet it was -- we got there nice and early to hopefully avoid any of the holiday crowds. We didn't have an agenda, the only thing we knew we wanted to do was eat at the "train place" and recapture a picture that we took 4 years go at the other "train place". So we just wandered and for the most part, the kiddos were troopers. We had one incident but it wasn't with the kids, it was with a VERY rude worker who was stationed at the kid train in Union Station. The kids wanted to ride the train, it was $5 so my mom said sure and handed them each a $5 bill. They were the second set of kiddos in line. As Kaden handed his money to the first worker, she took and he proceeded and then another lady came up grabbed him by the shoulders and then shoved him to the side stating he was too big for this. I stepped up to see what the issue was just as the biggest alligator tears filled his eyes. I asked for his money, assured the other two to go on and then questioned why they said he was too big as there is ZERO mention of an age or height requirement ANYWHERE. She continued with the same horrible attitude with me and I just looked at her and said, "he's a kid, you could have handled this in a much nicer and understanding way."

Thankfully, the train was a bust anyways---not a single kid was smiling but guess where that peach of a lady was, riding on top of the train.

Grandma allowed Kaden to keep his money and we Snapchatted as Logan and Madison rode the train. We were happy to leave that little incident behind us. Guess it sucks getting bigger when your little too. 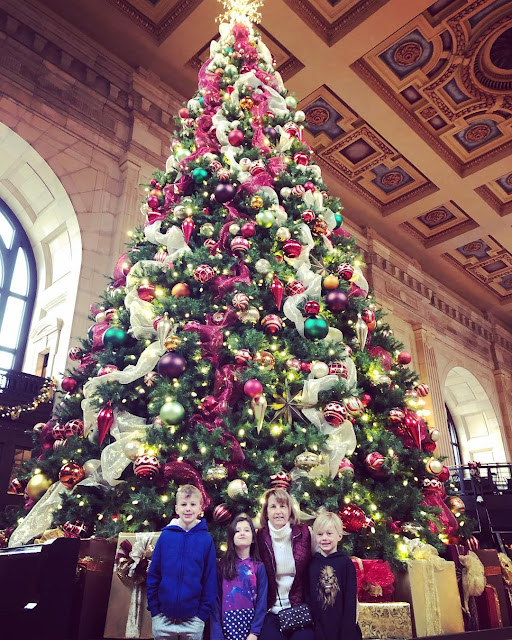 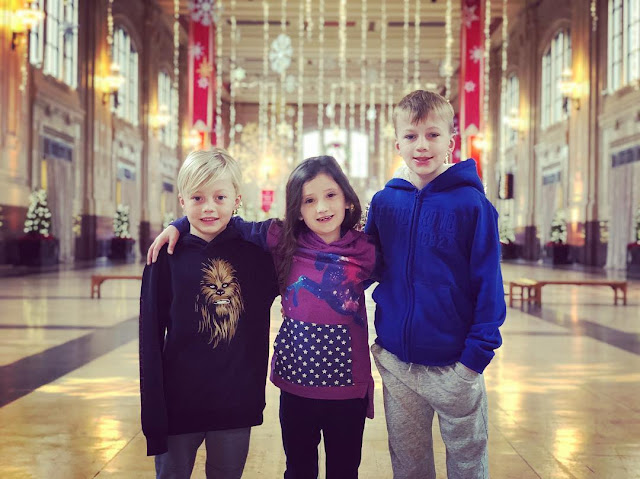 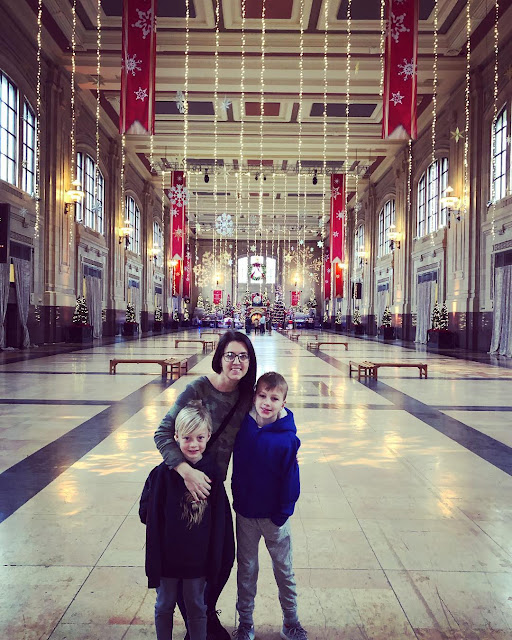 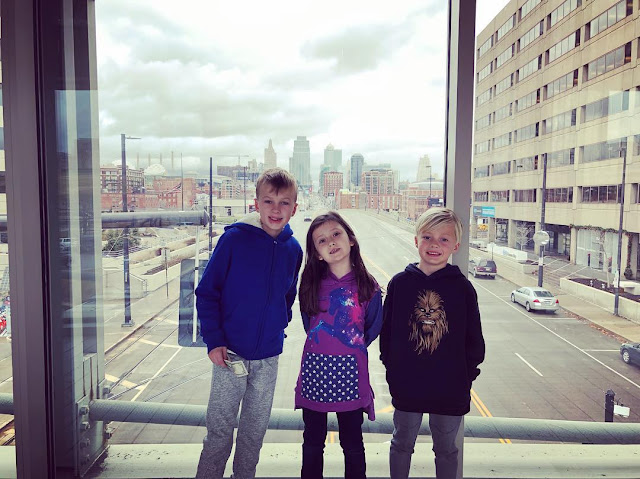 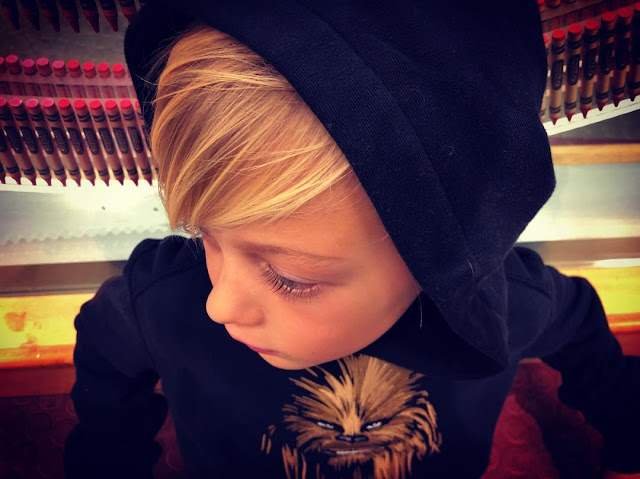 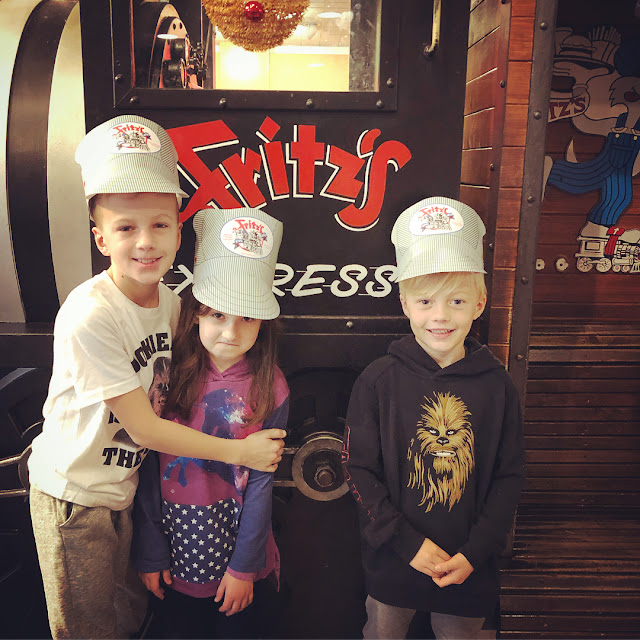 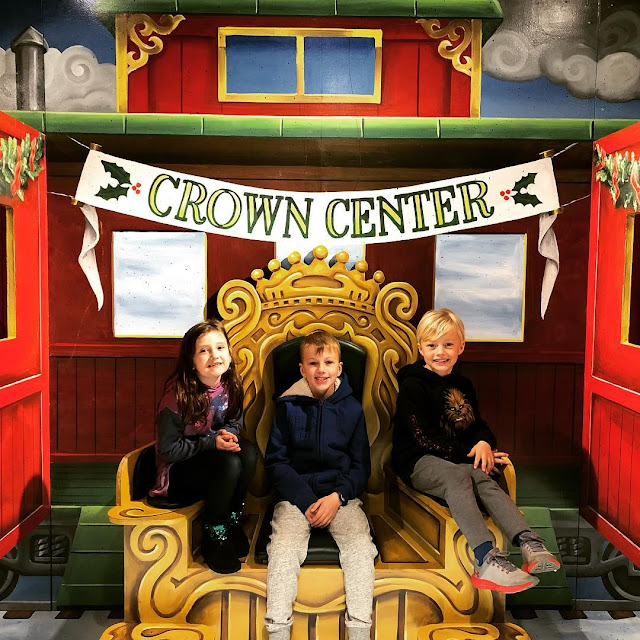 We had a full day at Union Station and Crown Center so we decided to spend the evening at home and bring in a little Joe's KC and Grandma Sara watched a little Teen Titan's Go to the Movies--she's a saint, I can't stand that show. We knew our time was coming to an end so we decided to send Grandma Sara and Madison off with a bang -- we took them to one of the newer donut places in the city -- Duck Donuts. These donuts are warm and made to order. They melted in your mouth and was the perfect way to end our little adventure with Grandma Sara and Miss Madison. 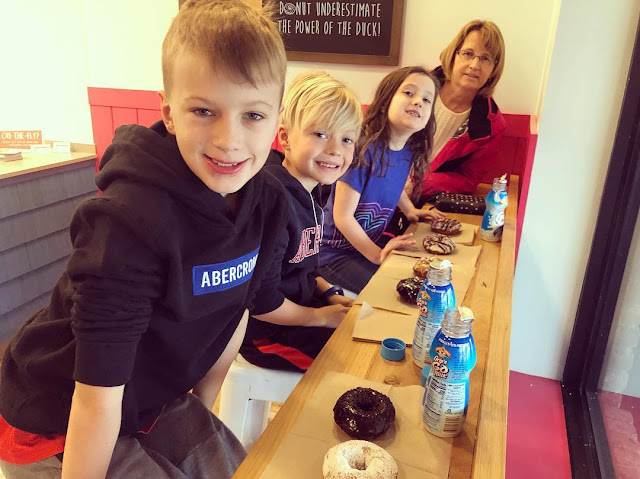 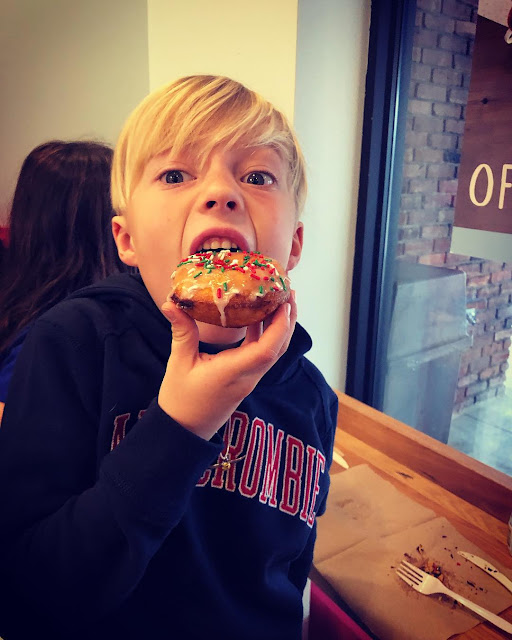