It's Tip Off Time

Here we go again. It's basketball time for both Kaden and Logan.

Kaden said he would play again this year if I coached again so round three here we go. Logan rejoined his best buds and is playing for Coach Sarah again on the Bobcats. 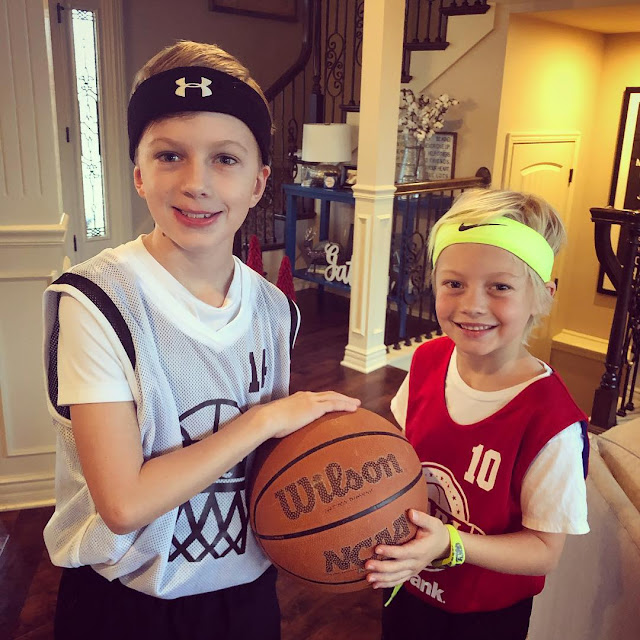 Our first Saturday of games were back to back, Kaden and I had to leave before Logan's was over but thankfully I got to be there for most of it. I got to see him take the court as captain--may have snuck out on the court to grab this quick pic too--it's cool, I'm a coach too. Or at least that's what I said. 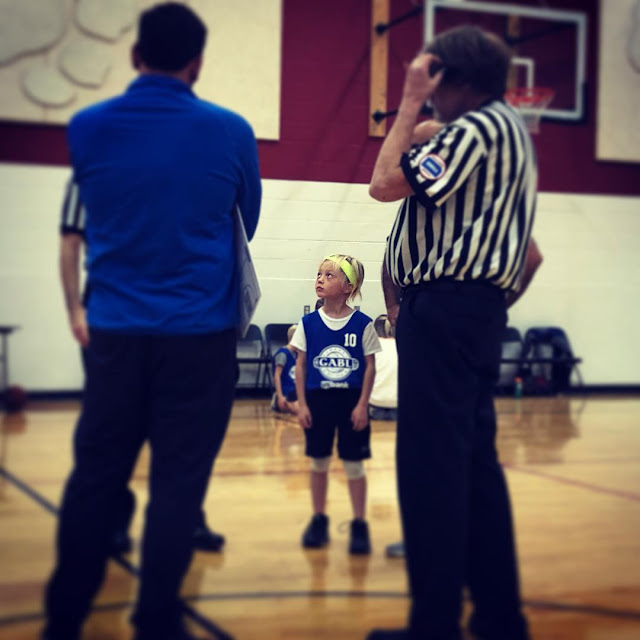 I see so much of myself in him when he plays. I was always one of the smallest on the court. He will be too but that didn't mean anything for me and it won't mean anything for him. He's as scrappy as they come. He can see the floor and make a pass that most wouldn't even know was an option but he does. He hustles on every play and can play a pretty mean defense. He may push the ball a little much and get out of control once in awhile BUT it's much easier to pull back and learn when to slow down and let things develop than to learn how to be more aggressive. Granted he's 7 but I hope he develops a love for this game like I did because I love watching him play and I can tell he has the natural ability to really be something special at this game. 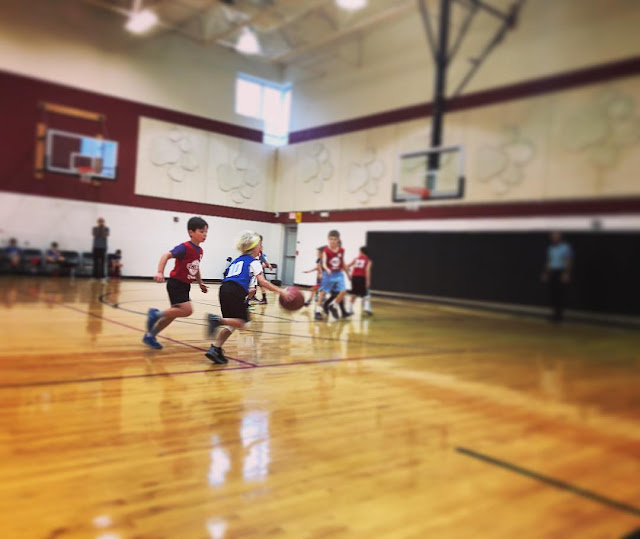 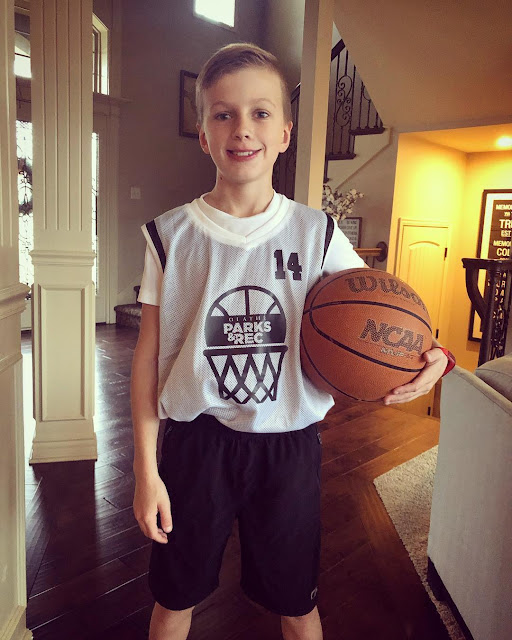 And this season, he wears my old number. Kaden isn't one to get overly excited about games but that first game he came to play. The whole team did. He played defense with his feet. Made good, open passes and even looked to score more than he ever did last year. Adn you know what, he did. He had a 3-pointer buzzer beater at the end of the game. Actually, it was our second of the game, as another kid on our team had a 3-pointer buzzer beater at the end of the third quarter. Loved seeing the boys' reactions on both counts but my proudest moment of the day came when I asked the boys to not steal the ball and to make three passes before they were allowed to shoot. The other team only had 5 players and they were struggling so we all agreed it would be the kind thing to do. We didn't quit. We didn't slow up, we just didn't force turnovers. They were selfless and I was proud.

It was a great start to the season for both boys and their teams. 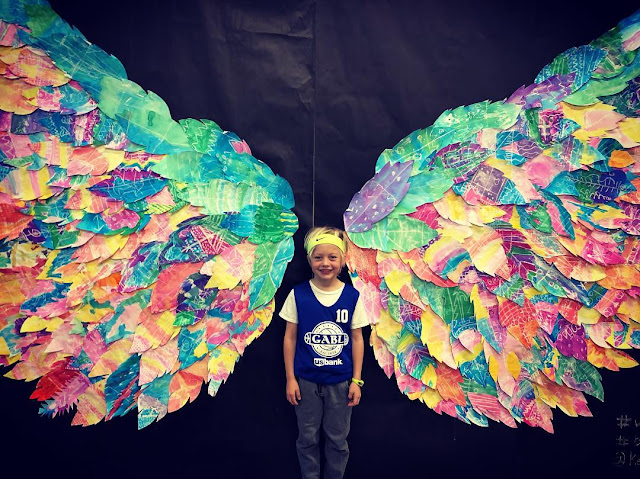