This year marked the end of an era for the Souths. Our friendly little elf came Fishleg Hiccup was up for retirement. We, of course, didn't know this until Christmas Eve when he wrote the boys a sweet little note explaining what Santa had asked him to explain.

The gist--Fishleg Hiccup had been with our family for 7 years and if an elf does a REALLY good job for 7 years then he can retire and live with his family FOREVER. However, he had to ask the family first, in our case, the boys. Fishleg Hiccup would of course never want to retire if the boys didn't want him to but him retiring meant there would be no more magic to get him to and from the North Pole & for hiding BUT that also meant they could hug him and hold him whenever they wanted.

It was up to the boys. 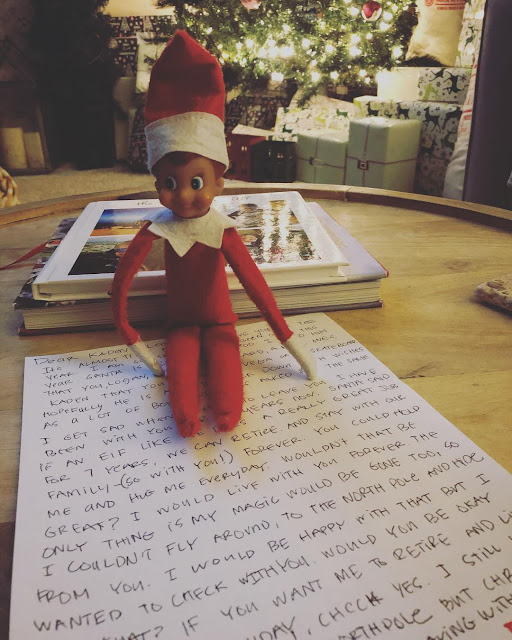 They decided that 365 days with Fishleg Hiccup was way better than 30 something days with him. So on Christmas Eve he told Santa thank you one last time for allowing him to watch over the South boys and hung up his little elf hat. He was a South forever now. 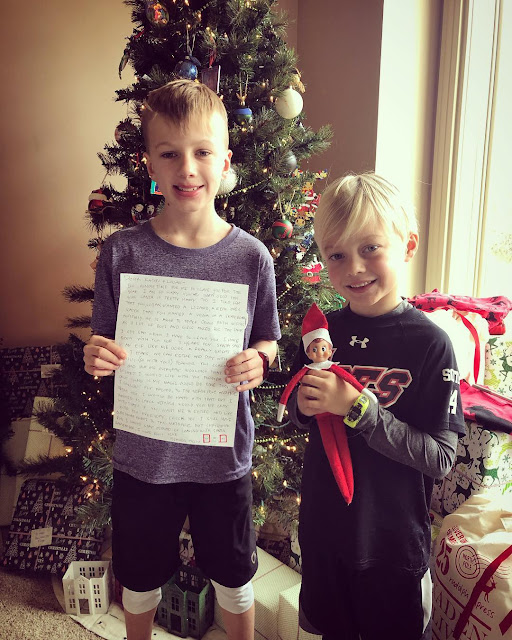