Well, we have made it through another Christmas with the boys still believing! It's still just as magical, maybe even more so this year because they are more into "why" or "how" something happens and we always turn it back to them with a "how do you think" or "why do you think" and they just go into these elaborate theories. So when I mentioned we were going to do Santa, they were of course stoked and ready with exactly what they were going to say.

We knew we could be in for a wait at the North Pole (Bass Pro but the boys call it the North Pole--have for years, after all, it's where they see Santa!). We had two dates in mind, Wednesday the 19th when they got out of school or Friday the 14th right after school. I though that maybe since it was a Friday that it wouldn't be so busy right after school that families might make a night of it with lights and such and for the most part, I was right. We got there at 4:30 and go the 5:00 pass and Justin and I got in line. 30 minutes later we were number 3 in line to meet the big guy and to give him their wishes. They both were very aware that Santa has to okay ALL gifts with mom and dad and there really wasn't any wishy-washy happening this year, it was pretty much the same ask -- once I vetoed the Google Pixel phone that Kaden wanted.

It started out as a blue lizard but I kind of told him that if he wanted a real lizard, then he just needed to ask for a lizard. Santa couldn't make REAL blue lizards but he could bring a stuffed one if that is what he was wanting. He quickly dropped the blue and went with just a lizard. His back-up, a skateboard--you know, just in case I decide to veto the lizard. Kid already has a name picked out too.

After the phone, it was the only thing that he constantly asked for. & Santa probably had a really hard time getting his hands on one of these, or should I say the parts to make one of these---he is Santa after all. This "toy" happens to be one of the most popular gifts of the season and they are no where to be found. Thank goodness Santa has magical elves that are able to go WAY out of their way to find one. Fingers crossed they find or find the parts to make one!

And just for fun--and for the sake of not having to dig through any previous years, a timeline of their visits with Santa. I'm thinking next year they may have to just stand by him versus climbing on his lap--you can hardly see Santa they're so big. 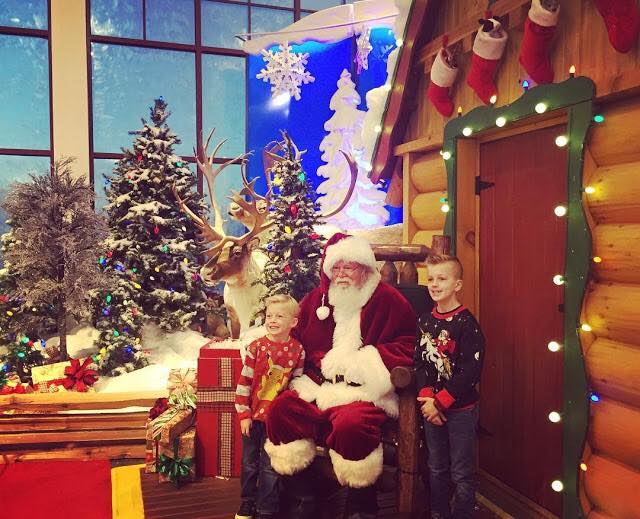 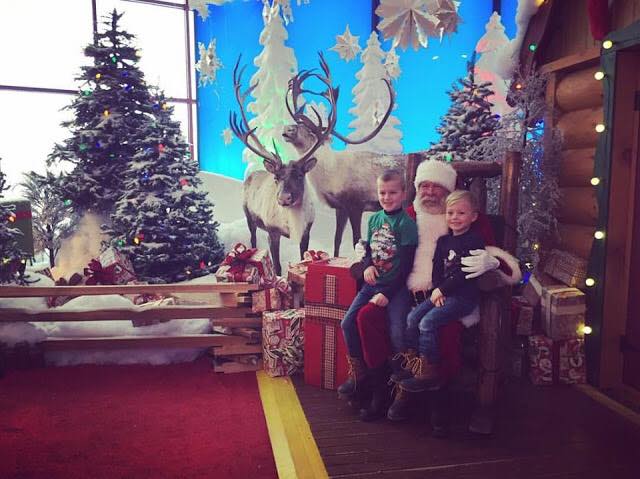 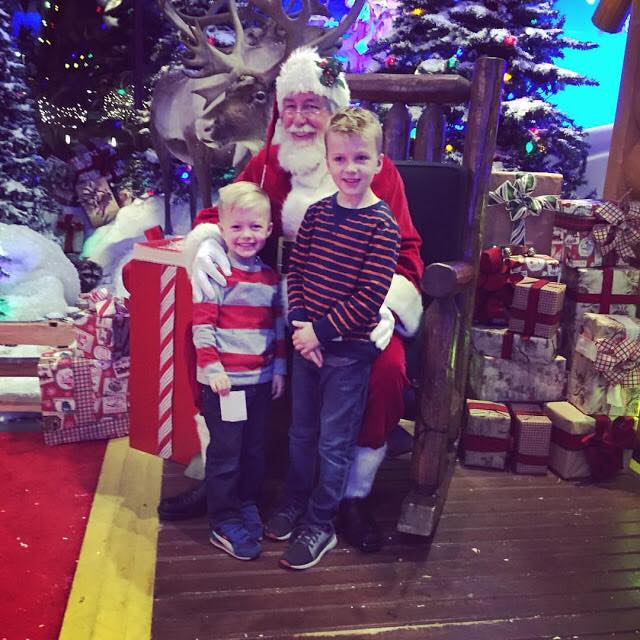 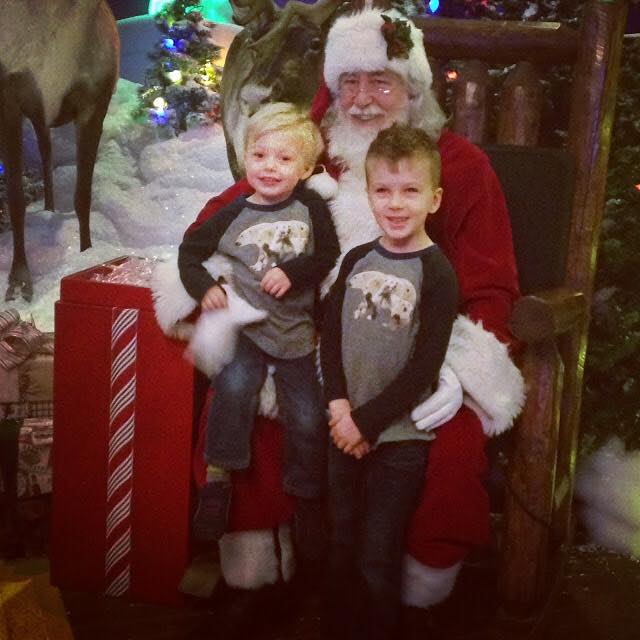 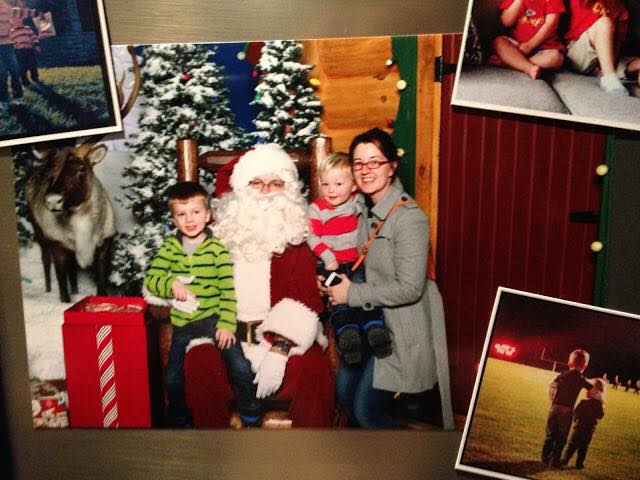 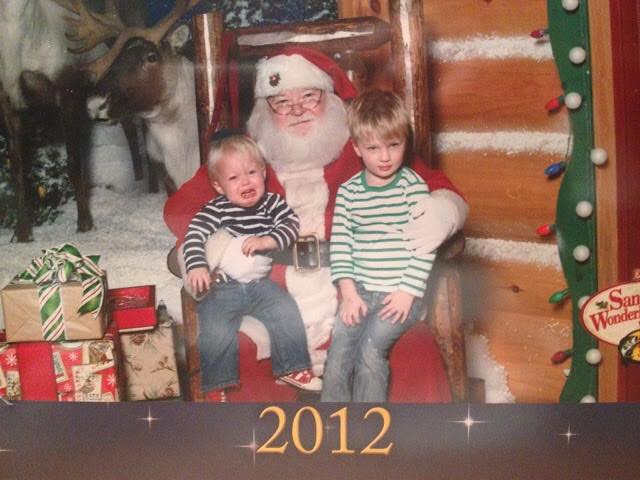