We took advantage of some last minute Sporting KC tickets that came our way and let me tell you, the seats were amazing! We decided to surprise the boys, they knew where we were going, they just didn't know how close we would be sitting and when they saw we were FRONT ROW, they lost their shit, in the BEST way possible! 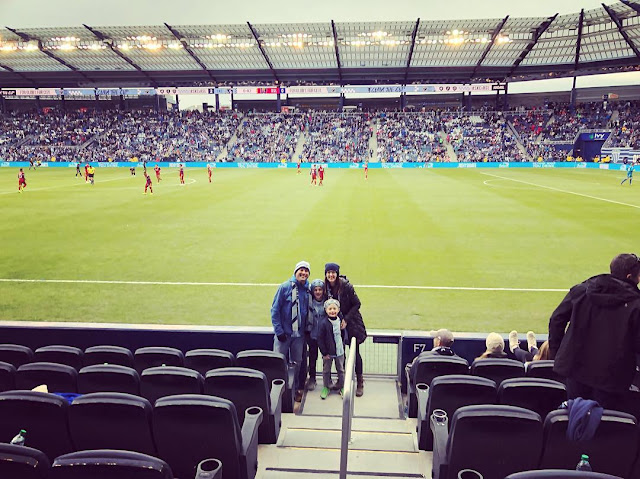 With these tickets we also got to welcome the team to the field and as each player walked by, they high-fived each of the kids who were standing there cheering them on. Such a cool experience for the boys to take part in. 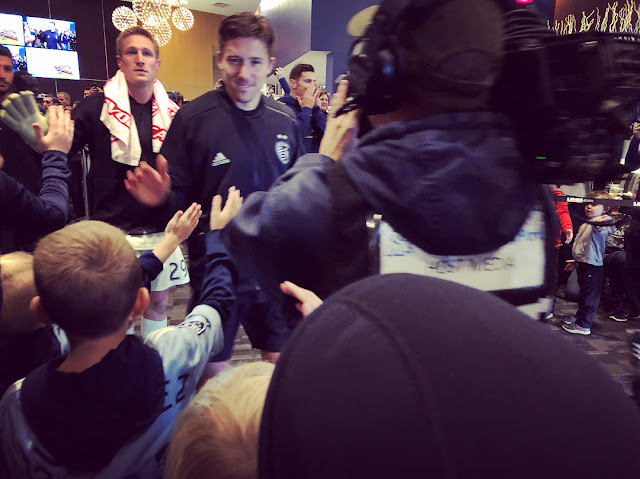 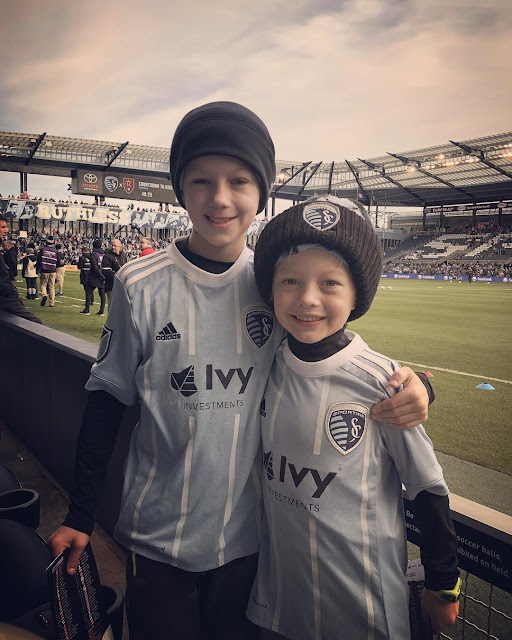 This was an important game for us. We had tied the first game at 1-1 but for some reason on the road goals count as more points so we really needed to make sure that we held them on our home court. And from what I know, Sporting KC is pretty darn good when it comes to matches on their court. It was shaping up to be a good game.

We started the game out with a lot of back and forth and then GOAL. A SPORTING KC GOAL! 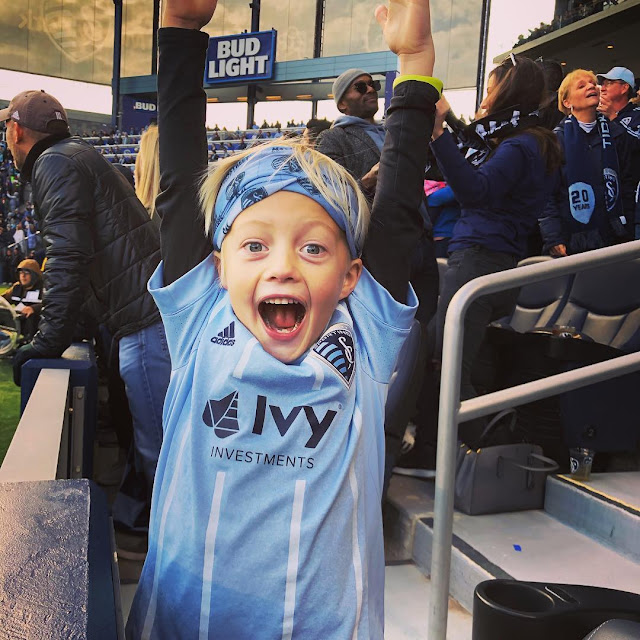 It didn't take long and the game was tied. But then, in the final minutes of play, Sporting KC scored TWO GOALS and coming away with not only a victory but with the rights to move forward in the playoffs. The energy in the stadium was at an all time high & the players were riding the wave. They made their way around the field thanking fans for coming out and thanks to a security guard who was right in front of us, a few players made their way over to the boys and posed for pictures. The boys were on cloud 9, so were mom and dad. 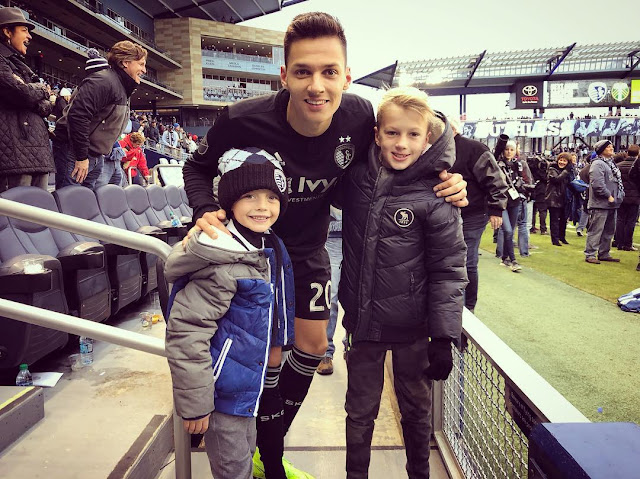 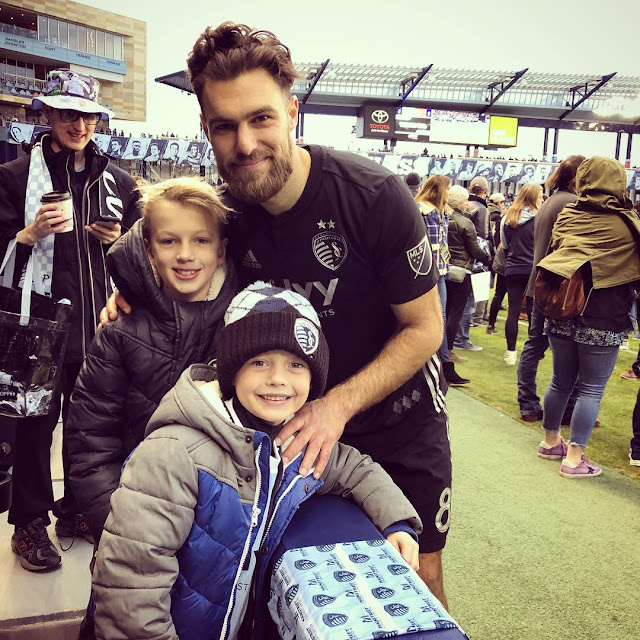 What an awesome experience for the boys and even more so for Justin and I as we watched it through their eyes. Now it's off to knockoff Portland. It's time to Claim the cup. Again.
Posted by Kayla South at 4:29 PM