I don't mind school projects but sometimes they end up being more my project than his and not because I take over, because sometimes, they are just too much for his age. But not this time. This time, it was pretty much on point--we just had to break it up into smaller chunks.

The Project - Pumpkin Book Report
Pick a book to read, choose a character and then write and decorate a pumpkin about said character.

Super Fudge was too long for this sort of project and frankly, the directions given stated that it could be a picture book too. Try again, Kaden.

Book: The Day the Crayons Quit

We could do this. The project consisted of reading the book, choosing a character then describing that character with 6 different adjectives. Taking those 6 adjectives and formulating a paragraph about the character & including the title, author and a quick summary of what the book was about. Like I said, we broke it up into smaller parts so that it wasn't overwhelming for Kaden and we worked on it a little each night. 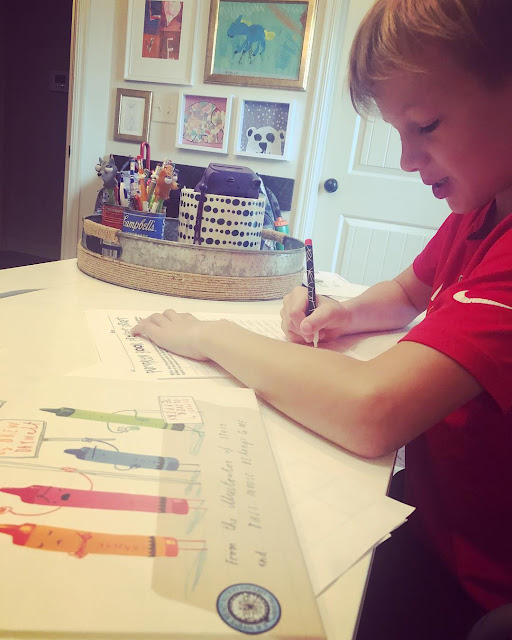 & once we were done with the writing part of the project we dug into the pumpkin decorating. Kaden chose Purple Crayon to do his report on since at the time, purple was his favorite crayon. Although Purple Crayon loved that he got to draw the dragons, grapes and wizard hats, he didn't like that Duncan was so messy. & Kaden loved the face that Purple Crayon was making -- like, WHAT?!

Kaden handled the spray painting, he did all the drawing on the pumpkin and did the cutting of the top of the crayon. I had to help form the shape but he worked hard on pinning it together so it could stick. In the end, he earned a 49.5/50 on this project. We were pretty proud of his effort and you could tell he was too. 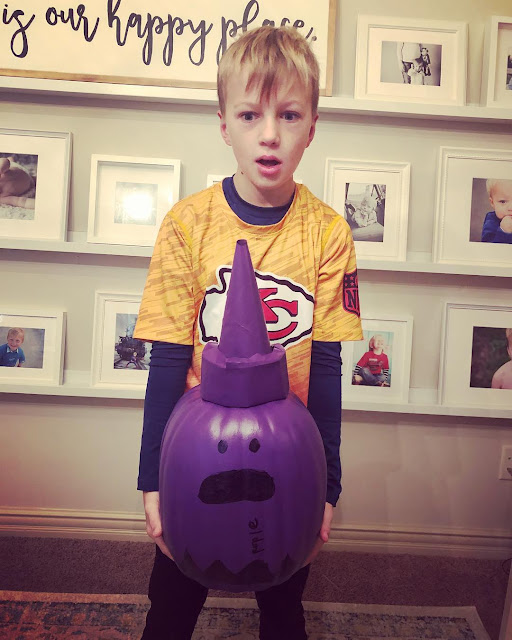 School pictures, how I despise you. I typically tell the boys that there are only a couple days a year that I will tell them what specifically they will need to wear. First, Last and Picture day at school. This year, I didn't want to battle. So I told them that they could go with shorts and tights as long as they had a "nicer" t-shirt on. I gave them a couple options on the shirts and then called it good. They were happy and I was happy. It's all that really mattered & their pictures turned out as cute as ever. 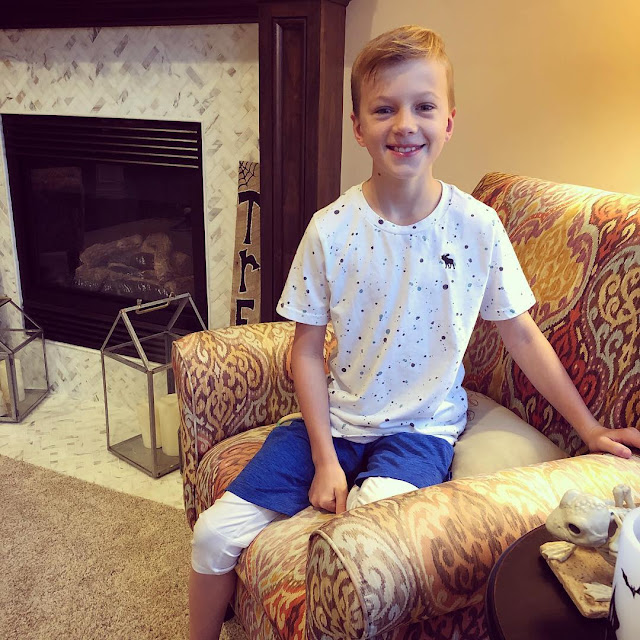 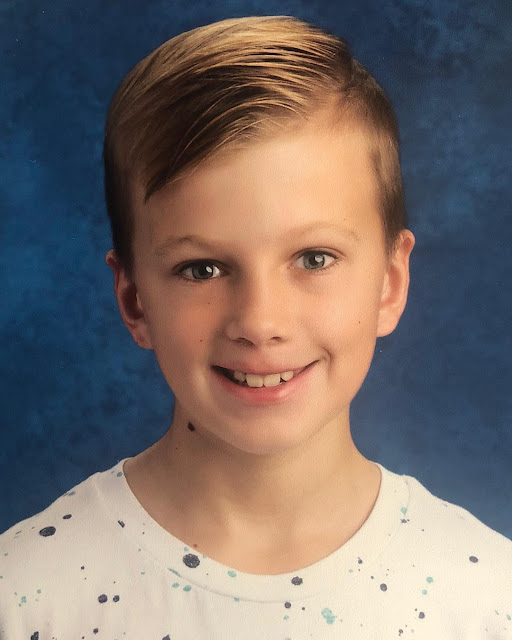 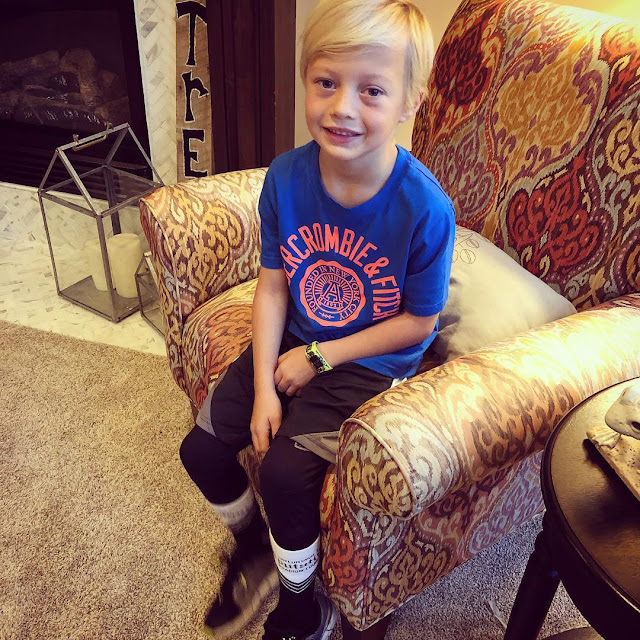 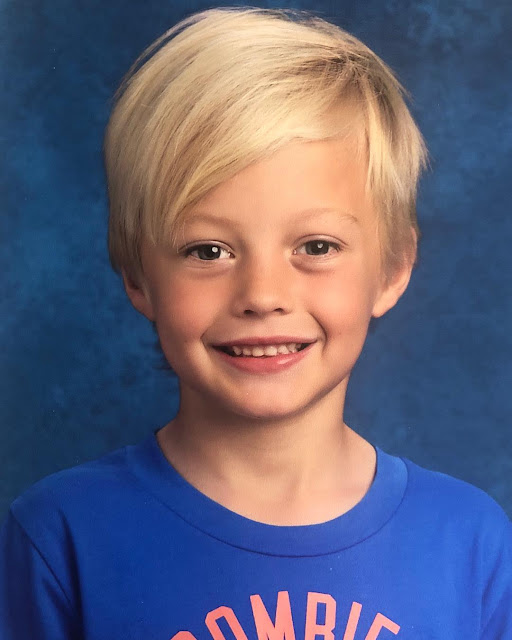