An Officer and a Robber

Well, it's not surprise what the boys were this year for Halloween-- an Officer and a Gentleman I mean, Robber.

Logan really wanted to be a robber this year because he knew his friend Drake was going to be a police officer--Drake just wanted a costume with handcuffs and well, police officer was the safe route when it came to handcuffs. And each year we try and do some sort of family costume for our annual Halloween party -- so Kaden asked to be the officer and Justin and I jumped on the robber band wagon. Easy Peasy. & the boys were both happy.

Halloween night turned out to be a beautiful evening and thankfully we didn't have to add too many layers to the boys before they went knocking door to door with their friends from the neighborhood. 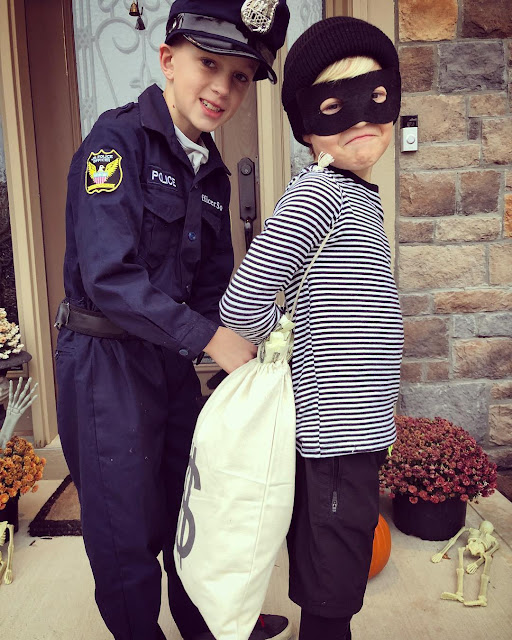 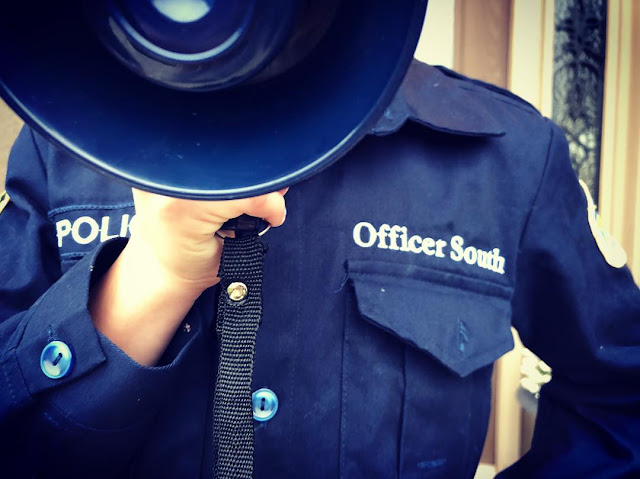 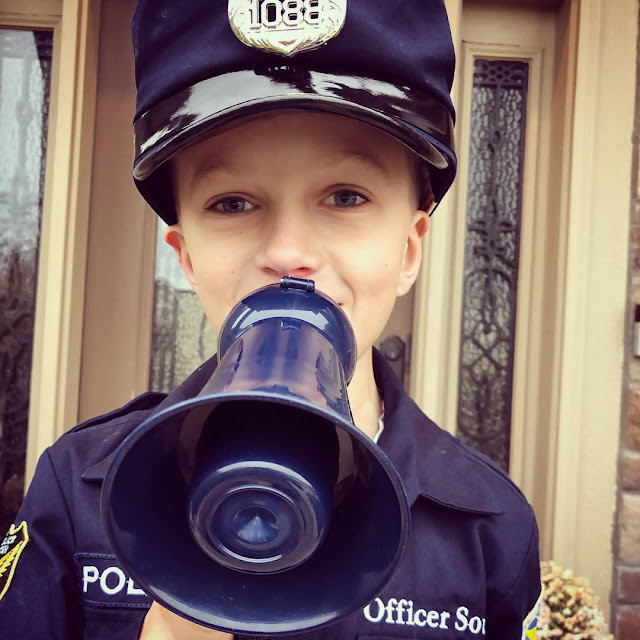 Yes, his costume actually had Officer South on it. We don't mess around with Halloween around here. I thought we would be doing good if we made it around half the neighborhood but the kids were going strong and they just kept going and going and going.

Gone are the days were we had to wait for their little feet to catch up cause now, we are the ones holding them up. Or in Kaden's case, he just took off and I had to send Justin with the golf cart to locate him. Next year, they are wearing their light up shoes! They, of course, made out like bandits, pun intended, when it came to candy & filled their buckets up more than once.

Oh and a big thank you to the lady who gave out whistles! REALLY!! Did you NOT have kids because if you ask me what the one thing I don't want you to hand out, whistles would be at the top of the list. And, of course, they immediately went into the kids' mouths as soon as they stepped off her porch and the whole neighborhood sounded like a high pitched squeal. I totally thought about going over to her house at 6 am and waking her up with that damn whistle.

Other than that, it was a perfectly, delightful evening. 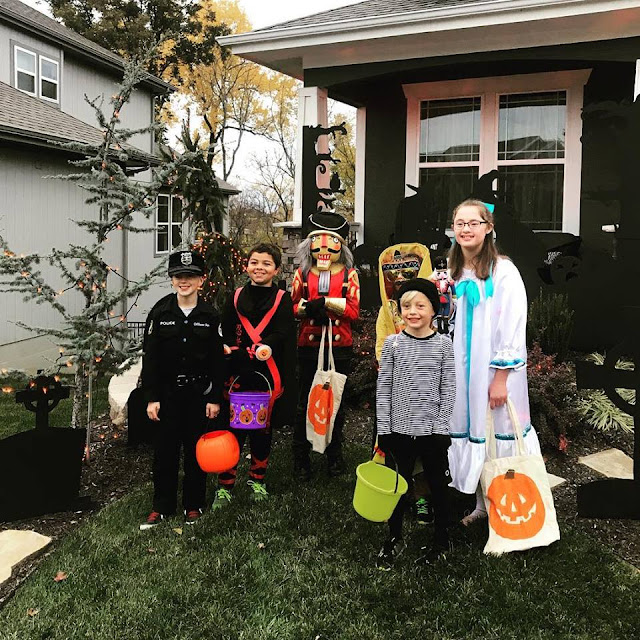 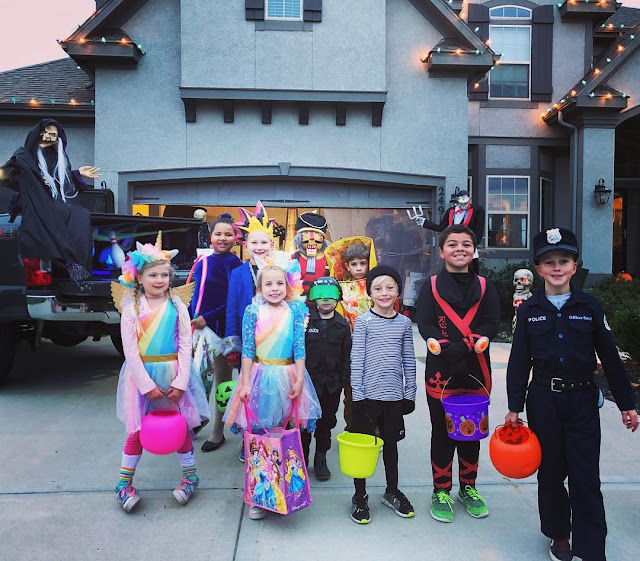 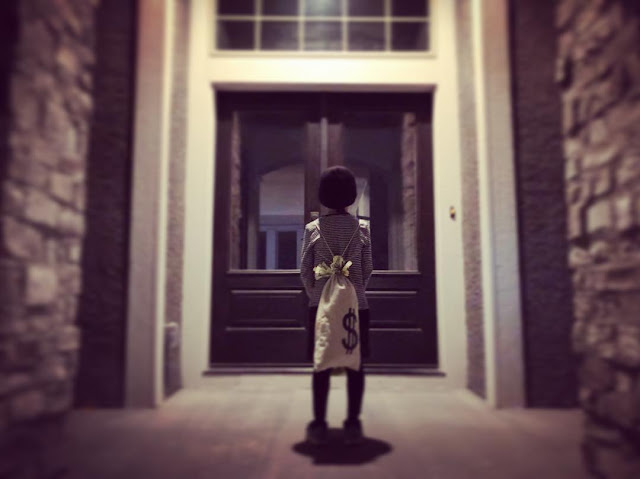