It was party time. The 4th Annual South Halloween Bash was a go. Justin had another BBQ tournament so party prep fell to the boys and I. But we had this.

Our costumes were fairly easy to pull together--Logan wanted to be a robber, Kaden a cop so Justin and I jumped in as robbers too. Ordered a few hats, masks and shirts and we were done. Comfy too. 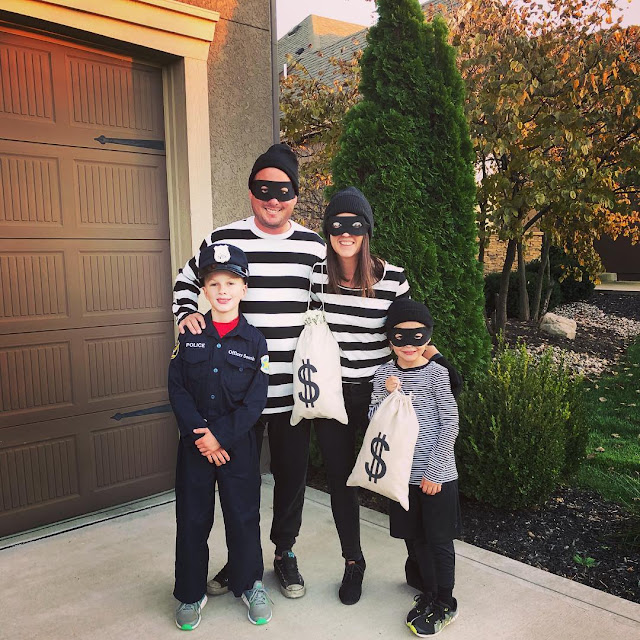 Just like every year prior, trophies are a must. We were prepared to give out one for the scariest, best woman, best male and then best family/couple costume. Boys were excited to see everyone in their costumes and help with the trophies this year. 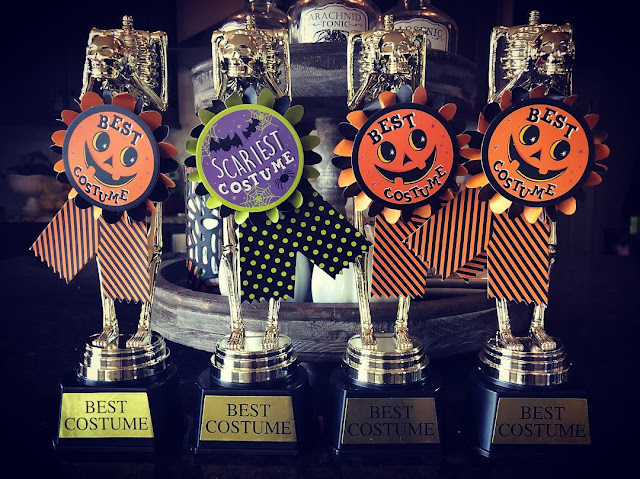 This year we decided to not try and got all "Halloweeny" on the food, I just wanted to have a good variety of foods for adults and kids. The one thing that we knew we HAD to have, jello shots--for the kids and then of course for the adults too. 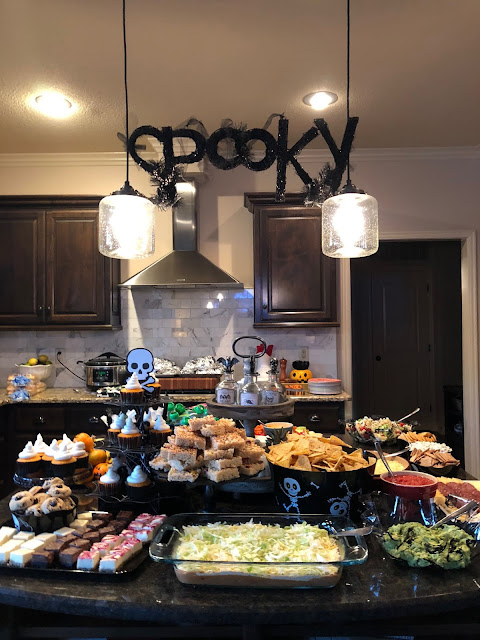 I did try and spook things up a little when it comes to the kids dessert bar. I saw a picture of a skeleton that was oozing of deliciousness and knew the boys would have the best time pulling it together. We bought bug tape from Amazon. We bought body part gummies from Amazon. We bought eyeball gumballs from Target and then mixed in homemade cookies and rice krispy treats. They did a bang up job on it & it was a HUGE hit with all the kids. 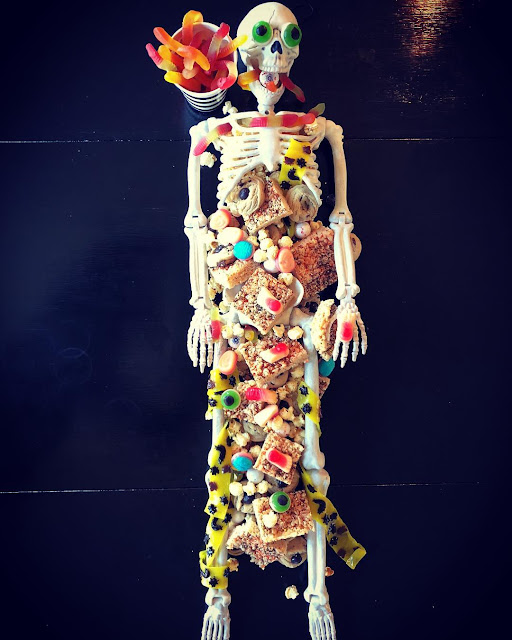 Sadly, we had a number of people who weren't able to attend last minute BUT we still had a wonderful turnout of friends. From Rock, Paper, Scissors to a ninja family to a creepy old man to two sets of cops and robbers. It was such a great evening of filled with lots of friends and lots of laughter from the kids who hardly came inside and spent the entire night playing out front together. 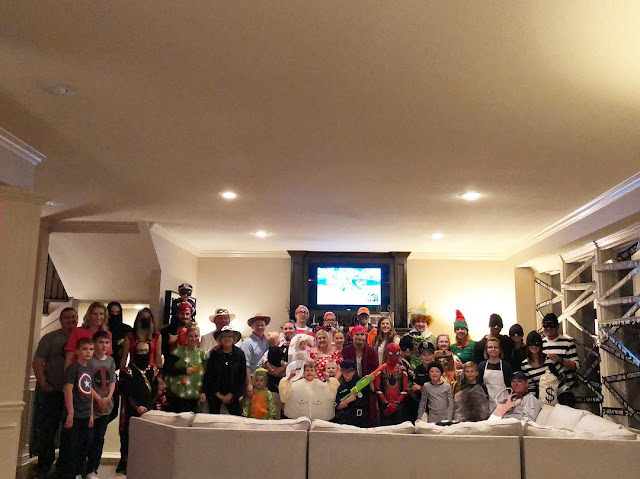 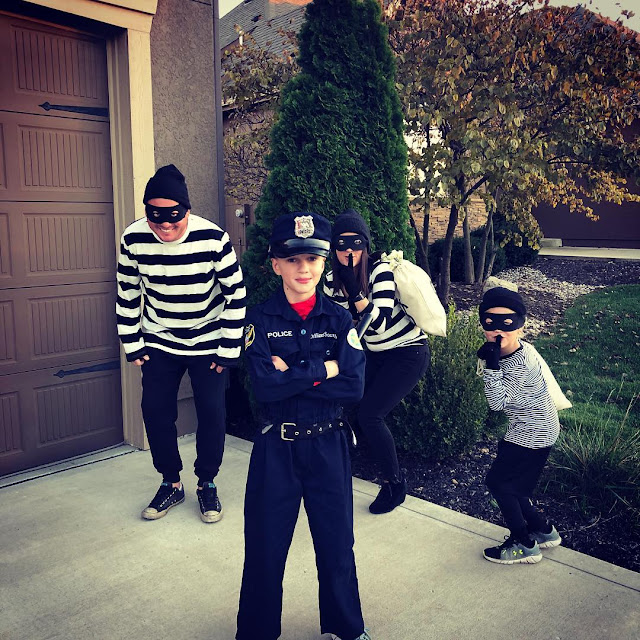 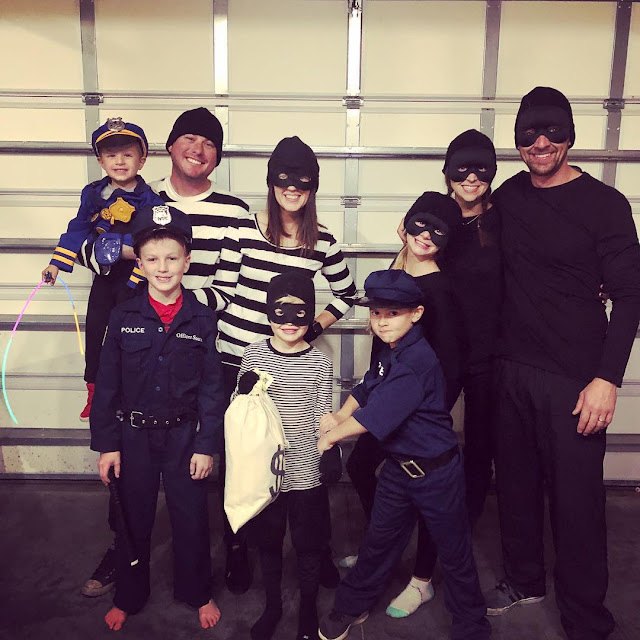 And my dear friend Angela, she was Winda but I mean come on, could we have dressed anymore alike. I might REALLY need the glasses but hey, opposites attract. 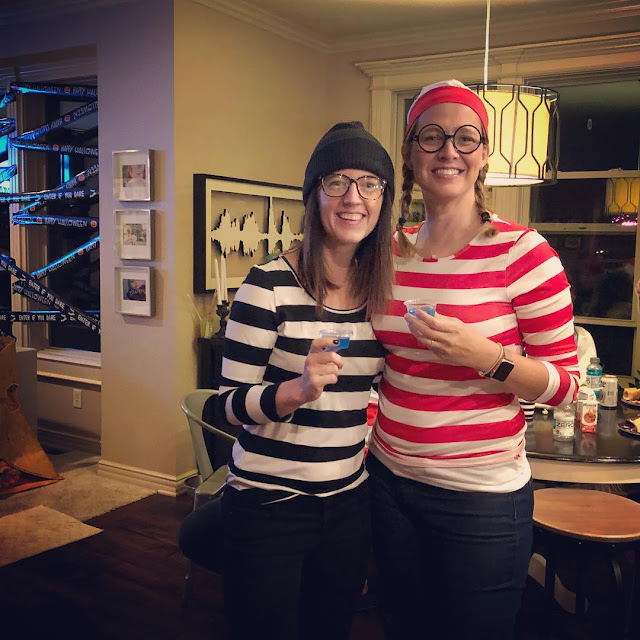 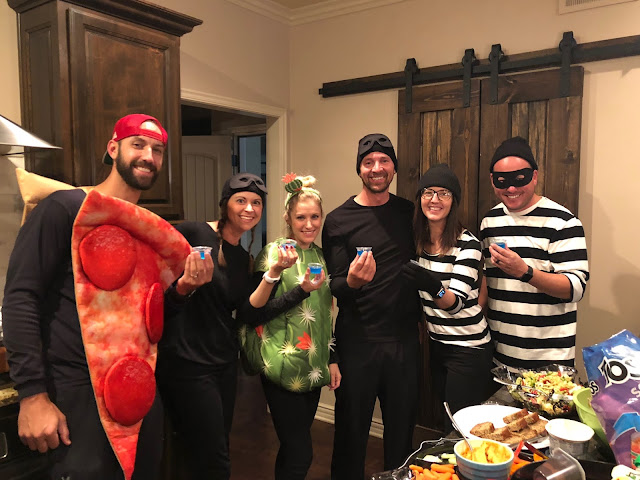 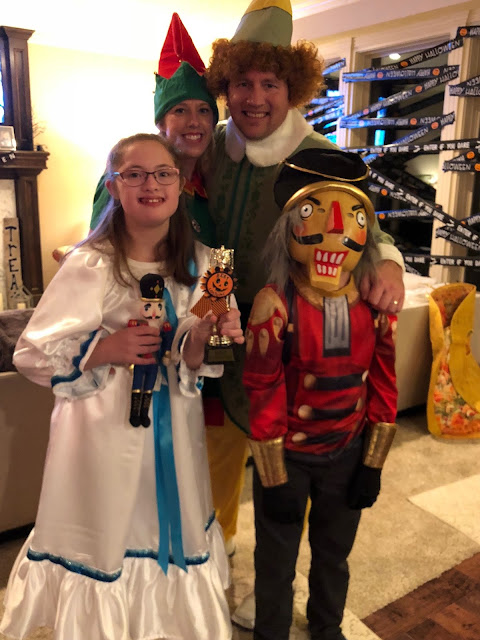 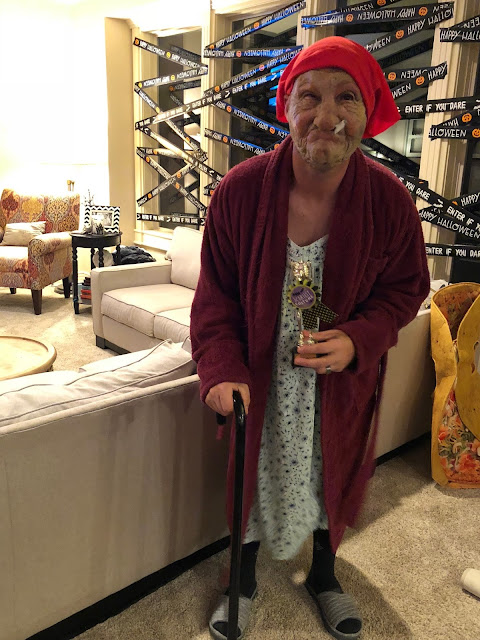 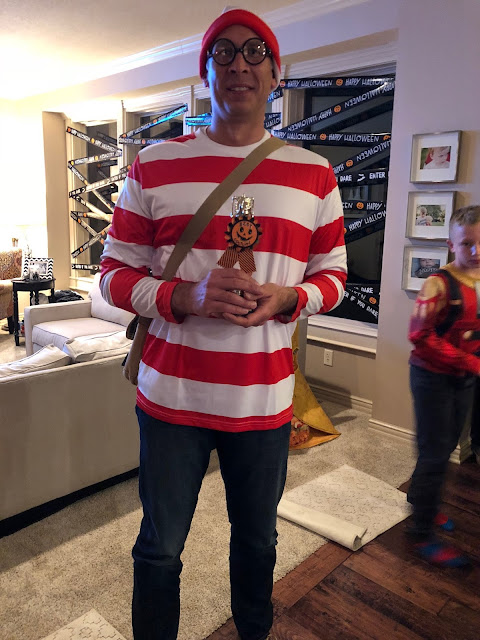 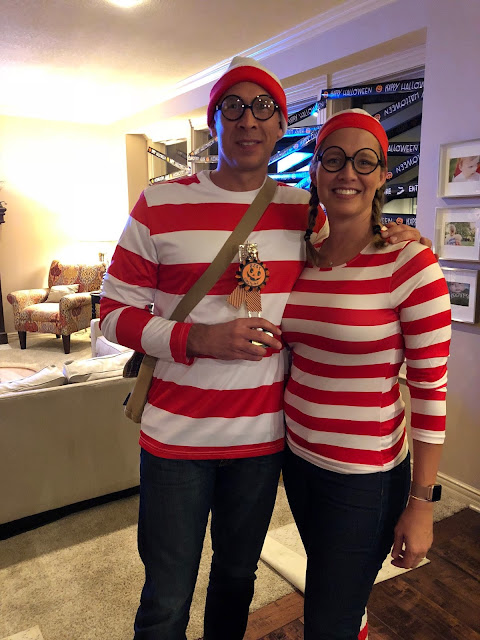 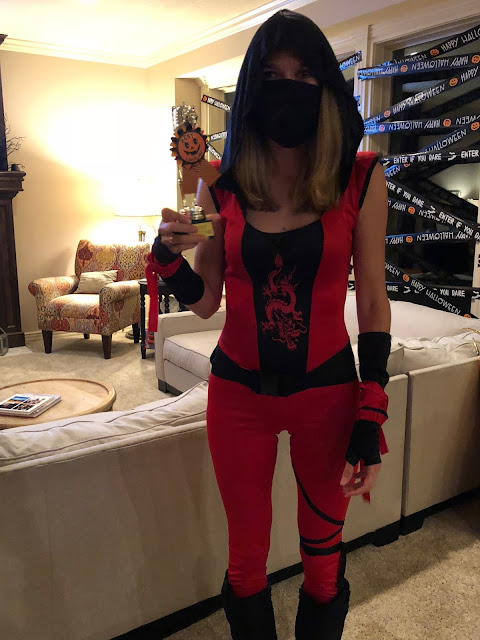 Runner up for couple. 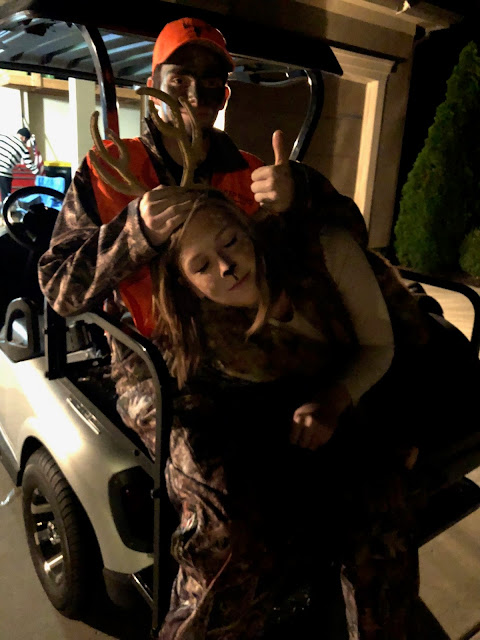 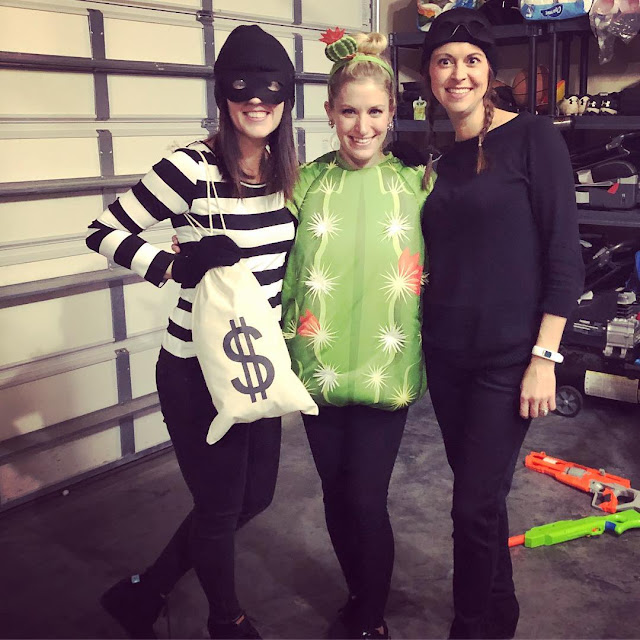 Majority of the party was over by 9 but a few of our favorites stuck around for a few more hours. Towards the end of the evening I started getting a little tired and counting down the hours until I had to jump on  plane so the night came to an end. But was a wonderful night it was.
Posted by Kayla South at 8:42 PM