The Bunks Are Gone

For awhile now I have been contemplating taking down Kaden's bunk beds and bringing back in his old bed from when he was 3. In the last few weeks, Kaden, himself, has started requesting getting rid of the the bunk beds. I loved that they provide more room for him to play in his room but that stage sadly, has come and gone. He doesn't need as much room to play now because play comes in the form of Legos or baseball cards or Nerf wars that the boys use the whole house for.

And if you know me at all, you know that when I get an idea, I kind of just run with it. So step one was getting rid of the bunk beds. I figured I would put a little feeler out there on Facebook and if anyone was interested then great. If not, then we could wait a little while longer until I figured out what we would do with them --- and the mattresses that go with them.

So, we went for it. I snapped a picture & posted it. Stated that they were free to a good home but the only catch, you had to come and break them down and haul them off on your own. This not only made sure that people were interested before they reached out but also allowed for them to know how to put it back together since they took part in the disassembling process. 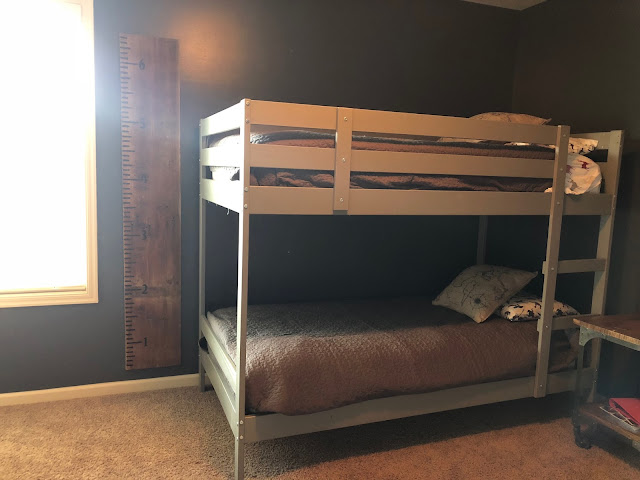 It didn't take long and messages were coming in. I got two message about what size they were -- they were twin and both individuals needed full -- and then message three showed up asking if they were still available and that she was just confirming with her husband. They were and he was in. Bunks were sold -- well, spoken for in this case.

On Sunday morning they showed up & we started planning how we would take them apart. Two minutes later and bolts were being removed. Twenty minutes later and we had the bunks pulled apart in four pieces and loaded into their truck with the mattresses.

Twenty minutes after that, I had Kaden's old bed back in his room and ready to go. 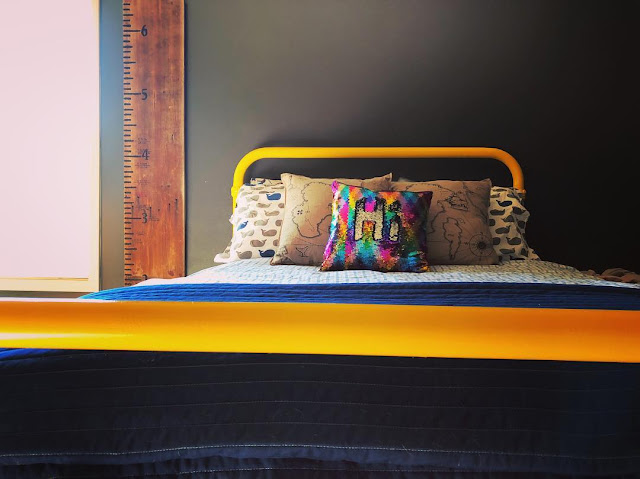 And twenty minutes after that, I got the cutest pictures of the sweetest girls just LOVING LIFE. I quote, "this is the best day of my entire life." 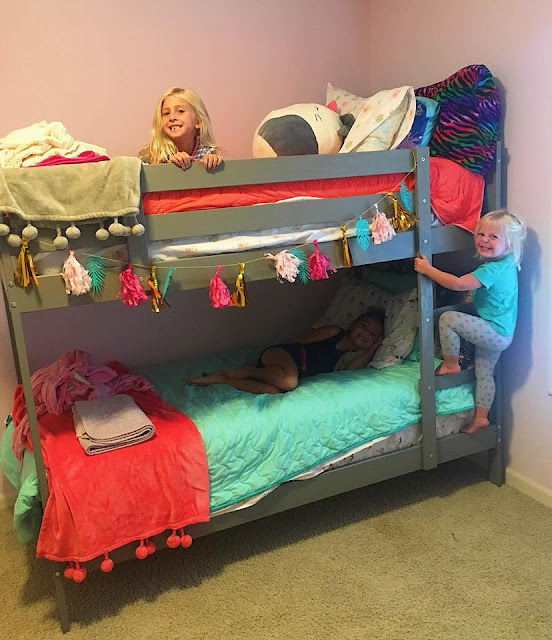 These bunks were a labor of love over 5 years ago. I spent most of the 2014 World Series run paining every single board grey. The boys would have sleep overs with each other, they would build forts and I was even known to fall asleep with Kaden a few times on the bottom bunk. And as much love as I put into them, I think it is pretty safe to say that not only was it time for us to part ways with the bunks, we also found the best home for them. I can see lots of slumber parties and forts in these girls' near future.
Posted by Kayla South at 8:58 PM