Another season comes to an end for the Aces.

It was their first kid pitch season & the last season the South boys would be playing on the same team for at least the foreseeable future. I had mix feelings about splitting them up but in the end, they were mostly selfish reasons and we knew what was best for Logan. It wasn't that he couldn't compete but he just wasn't as strong as the others. He was still on the small side and it's pretty noticeable when you are playing with kids that are two years older than you---at least some are. And by Logan dropping down to his own age group it allows for him a great opportunity to play a few other positions, which he has been begging to play for some time. So, the decision was made and we were going to soak it all in while we still could.

The Aces signed up to play in a tournament towards the end of the season which besides no sunshine, brought pretty decent weather. We would also get to see some new teams & would get to stick around in between games to watch others play. This was the first time they got the "tournament" feel and they were all digging being with their buddies all day.

That Saturday they went 1-1 in pool play & they had some special fans in the stands, Grandma Sara and Papa Tom -- this was Papa Tom's first game he'd been able to see in person. 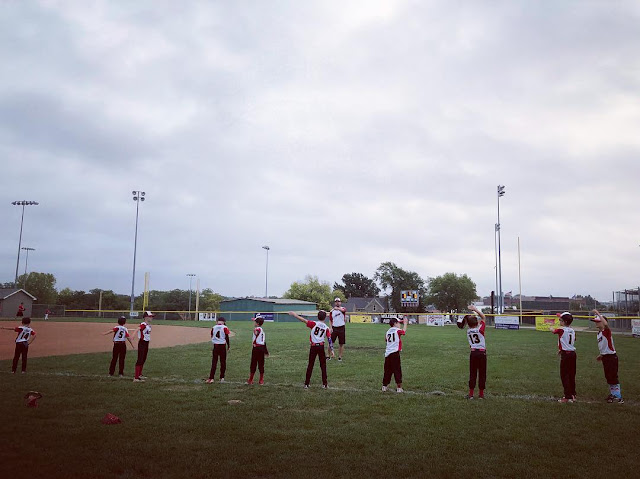 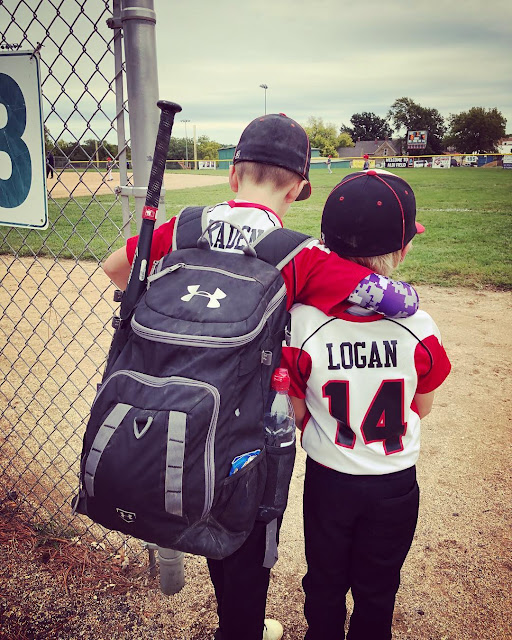 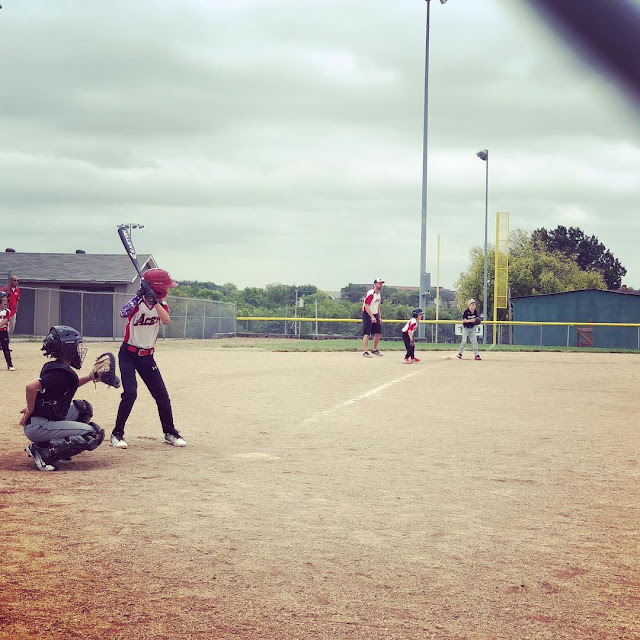 My Instagram Post that day: Proud of this kid. He’s been dynamite in the field this season but has been struggling at the plate. The unknown is not something that comes easily and once he gets in his head, it’s hard to overcome. We’ve told him just to try his best, that’s all we ask and he does, but he also knows deep down, he’s a hitter. Today I moved to telling him that HE’S ENOUGH. ALWAYS. As our second game started he found that he was moved down a few spots in the batting order and he wasn’t happy with that.

He decided it was time.

He blocked out the doubts and stepped into the batter’s box. And on the second pitch, he took a big swing and bat met ball.

And although he got out, he made contact. He overcame the unknown.

His dad and I were instantly at our feet, cheering more now than we would have before on a hit. We weren’t the only ones cheering either. Coach Justin stopped him at first and got down to his level and gave him a fist bump and a pat on the shoulder. As he come off and continued to make his way back to the dugout, mind you it was the third out, a smile broke out on his face as he noticed the Aces family on their feet cheering loudly. He entered the dugout to high fives all around. Spirits higher than ever.

We may have lost a close one this afternoon, 9-8, but that team also beat us yesterday 9-1 and had us down 7-4 after the first inning today. These boys battled their hearts out and even though in the game of baseball we may not have won, they won in so many other ways. After all this game is so much more than a game. It’s about not giving up. It’s about picking up your teammates when they’re down. It’s about cheering for EACH. AND. EVERY. small victory along the way. 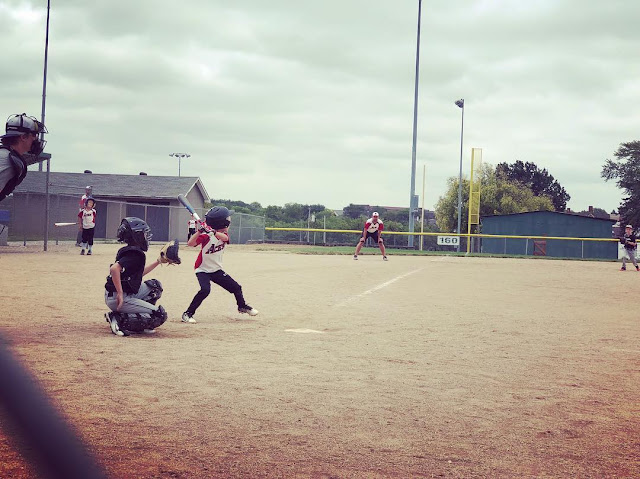 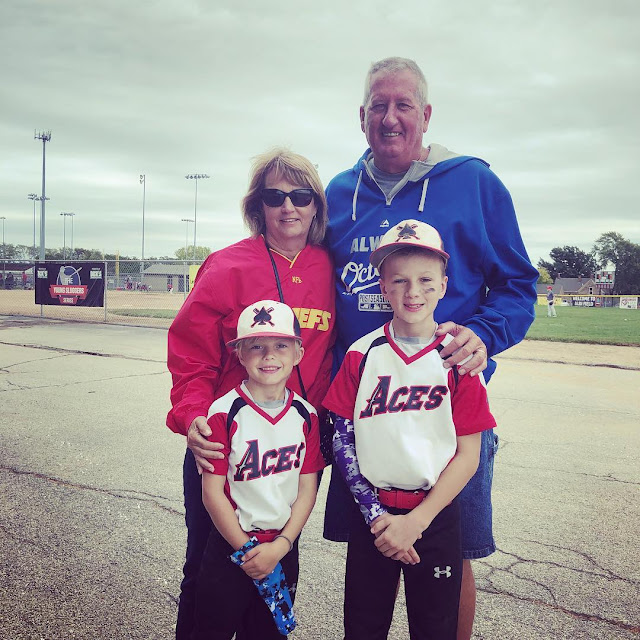 Sunday brought bracket play, we were seeded 4th and would be taking on the 5th seeded team with the chance of knocking off the top seed if we won. The team that we were playing though had annihilated the team that we had played the day before way worse than we did. They were huge but in the end, David won and the Aces moved on.

Next up was the same team that we played the day before and lost to. They took an early lead and had us down 7-4 but the boys kept with it and fought back. The Aces took the lead 8-7 and all they had to do was get one more out and the game was over -- we couldn't get that out and in a controversial no call one of their plays slid across home plate head first for the win and beat us 9-8. I say controversial because they had been warned the game prior that there was no sliding into home head first. That would have been the last out and the game would have continued on with the score 8-8. However, that wasn't how the cookie crumbled that day and the Aces left bummed out but held their head high as that team beat us the day before 9-1. 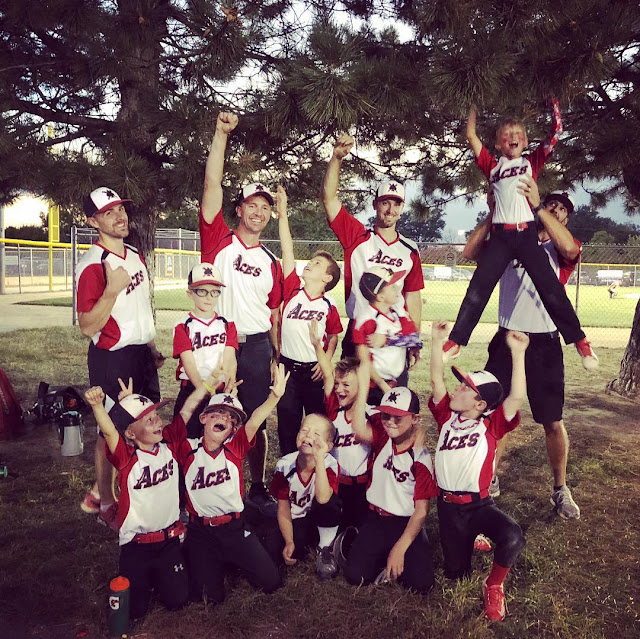 These boys finished this first season of Kid Pitch with a winning record. They grew closer together as a team and as friends. It's been such a fun ride and I've enjoyed watching every second of it. Win or lose, these kids know what it's about. We celebrated not only them but the coaches too this past weekend with pizza and a driveway movie--Rookie of the Year. 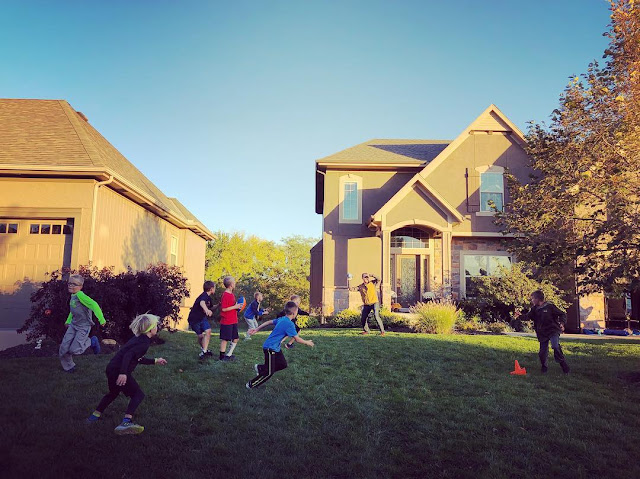 It wasn't long until a game of touch football broke out. The smiles, the laughs. It was everything. And although it will look much different come spring season for the Aces, the friendships will most certainly not be effected. Not with these boys and their hearts! 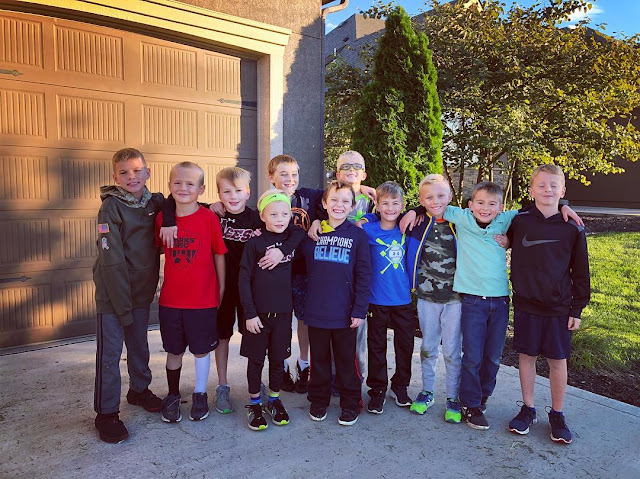 Watching these two cheer for each other, encourage one another, pick each other up when the other is down has been one of the highlights of the past three baseball seasons. Kaden become known as South. Logan was Lil South. Together they were the South Boys. When they were younger I always dreamed of seeing my boys play on the field together and well, that came true. 21 months apart and only one school grade separating them allowed it to happen. I love that they had this special experience of playing together but now it's time to let them both go their own separate ways again and shine on their own, not just as brothers.

I you South Boys and I am so very proud of you. 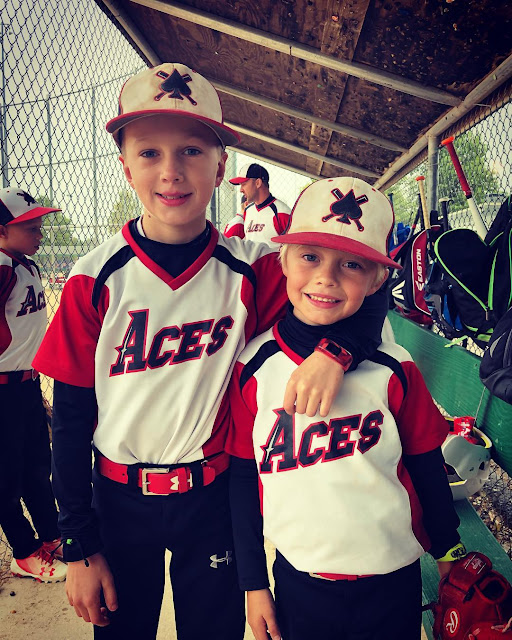