On this particular Sunday my goal was to have no electronics or to turn the TV on until the Chiefs game, which was at three. It took a little creativity but we did it & you know what, the boys actually continued playing with one another in a make believe format even after the Chiefs game started.

We had lazer tag wars. Kaden received a set of lazer tag guns for his birthday and they are incredibly fun. They came in a pack of 4 from Amazon - and sometimes you can even find them for $25.00 on a blue light special. We've played as a family with these. Inside and outside. This particular day I sat up a few barriers for Kaden to hide behind and caught Logan jumping/falling through the air as he shot. 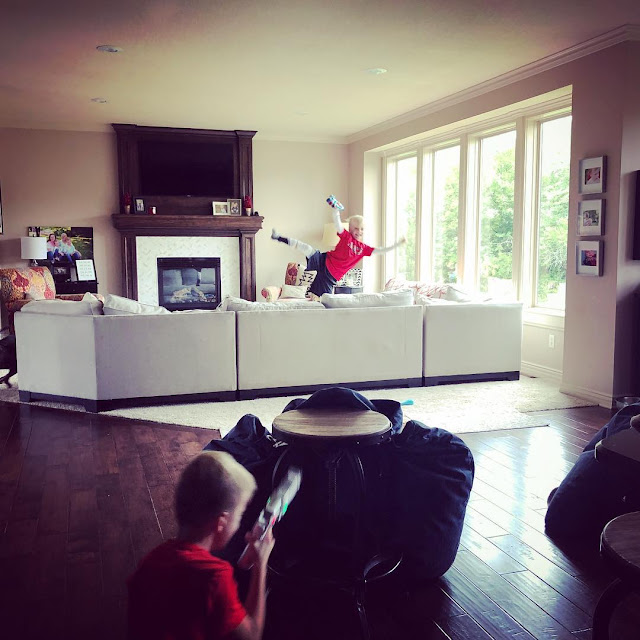 Then it was off to ride bikes. We started out with just riding on our street but then I suggested heading to the lake and seeing if our buddy, Jax, would want to join & he did. They rode their bikes around the lake twice as I walked one way and then back tracked to keep my eyes on them at all times. 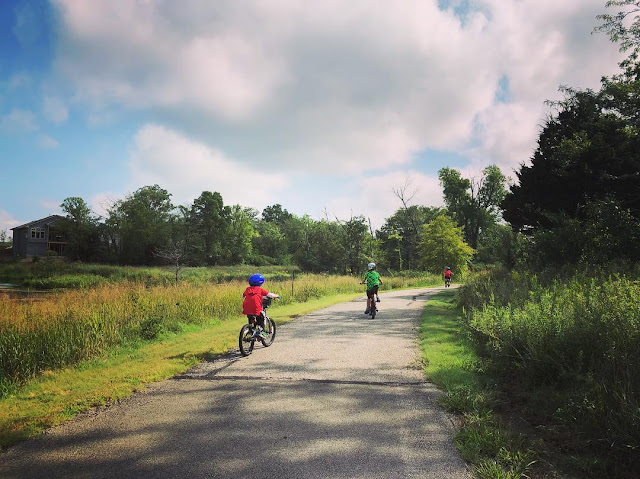 It was then home for lunch and off to baseball practice. Logan even got his first shot at pitching in practice -- not too shabby when it comes to form. 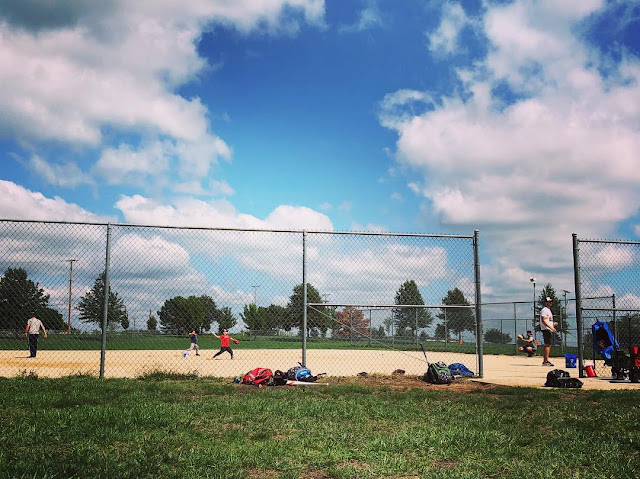 If you ask me, this is the best kind of Sunday there is. A little down time using imaginations and getting outdoors with friends. So ready for fall.
Posted by Kayla South at 10:48 PM