Literally the BEST. CONCERT. EVER.

It was about a year ago that Taylor Swift announced her Reputation Tour, I am not even sure if her album was even out yet BUT as soon as the album dropped, I bought it. & listened to it on repeat all damn day. As soon as it was time to purchase tickets for her stop in KC, I bought two. I wasn't sure who was going to go with me, all I knew was that it had to be someone who would rock out to Taylor Swift and be good company--enter Jenn. She didn't bat an eyelash when I told her I had two tickets and one had her name on it - she was 100% game. Moms' Night Out was happening but not for another 9 months...

It was a long wait. A long wait of reading all the AMAZING reviews & then watching all the rain we were expecting during her time in KC. On Monday it was rain all weekend. By Wednesday it had cleared up a little and rain was only expected on Saturday. Fingers were crossed but I was determined to go rain or shine. Saturday came and the rain held off. It started out pretty cool but then righ before we left the sun came out and the weather was perfect. 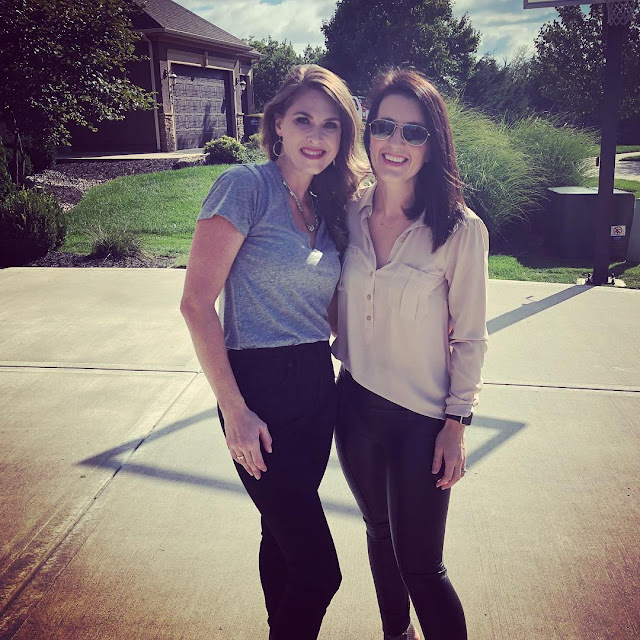 Dined on some sushi beforehand and then headed to the stadium about an hour before the concert was scheduled to begin. I pride myself in knowing how to get in and out of a packed stadium. I know all the good shortcuts and where to park---thanks to my mom. However, traffic was worse getting to Arrowhead for the Reputation Tour than it was for the 2015 World Series Game 1 or Game 2.

Jenn was aggressive--that's my girl. And we found parking right next to the stadium, right in front of the 50 semi's that transport the set. Jenn backed right in so when it was over, we could get right out! 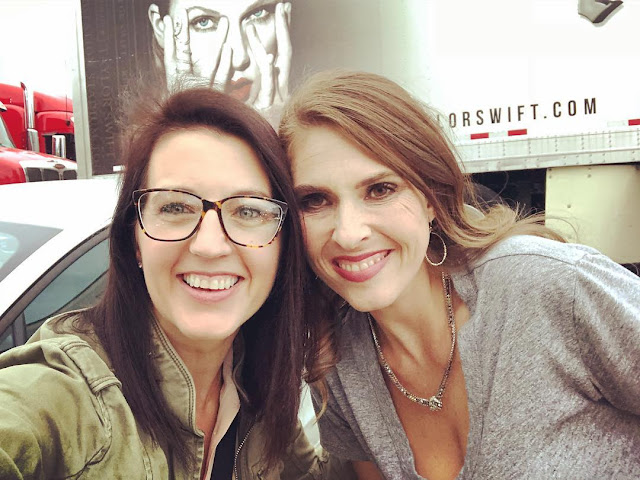 We found our seats just as the first act was hitting stage. She was good. Camilla Cabello was better. Neither held a candle to Taylor & I don't mean that in a negative way, just that Taylor was FREAKING AMAZING. 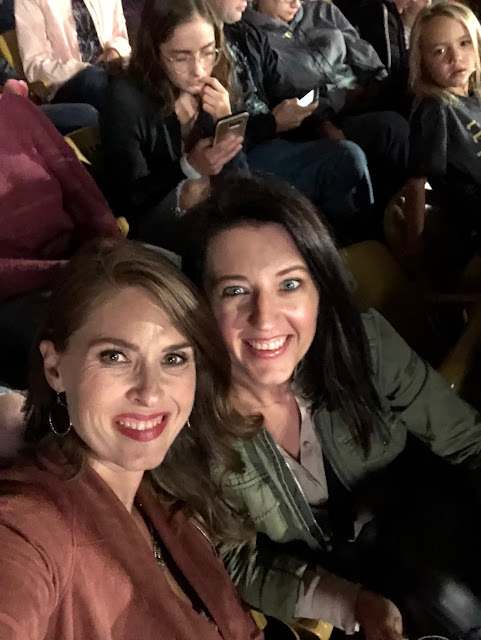 From the moment she stepped out on stage we didn't take a seat. Or stop signing. 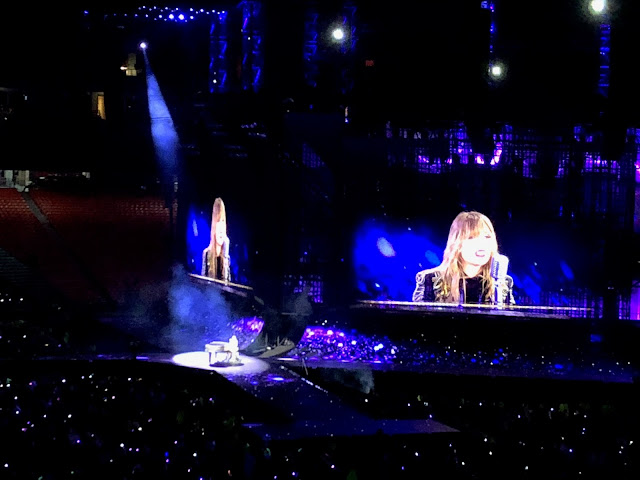 The production Taylor and her team put on was unbelievable and if she would have played the following night, I would have found a way to get tickets to it too. This time I would have taken the boys. Although, when they learned that I brought them home some TSwift socks, they were happy campers. They love socks!
Posted by Kayla South at 10:48 PM