Another Holiday, A Different Lake.

It was his birthday and although I wanted to take him out of school a little early, he wanted to stay and celebrate with his classmates, who could blame him.

However, as soon as the boys were off the school bus we ushered them right into the Yukon and we began our adventure south. We were headed to my sister's house for a weekend on the lake with the cousins. We were all very excited for a nice relaxing weekend.

A little over 3 hours later we pulled into her driveway and as we walked in they had a "cake" ready to go for the birthday boy. The whole Siebert crew was there and we even had three special guests to help us sing to the newly 9 year old. 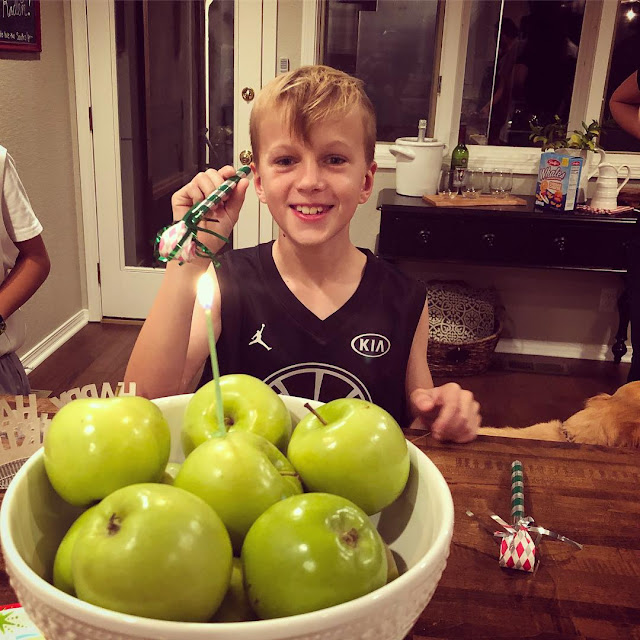 We settled in. The boys went off to bed fairly easy & the adults stayed up and chatted. And laughed. A lot.

The first thing the boys wanted to do was head down to the water on Saturday but we also had a few things to get done first because the rest of the family was arriving around lunchtime. We were going to celebrate all three birthdays -- Aunt Jennifer's, Kaden's and Grandma Sara's. 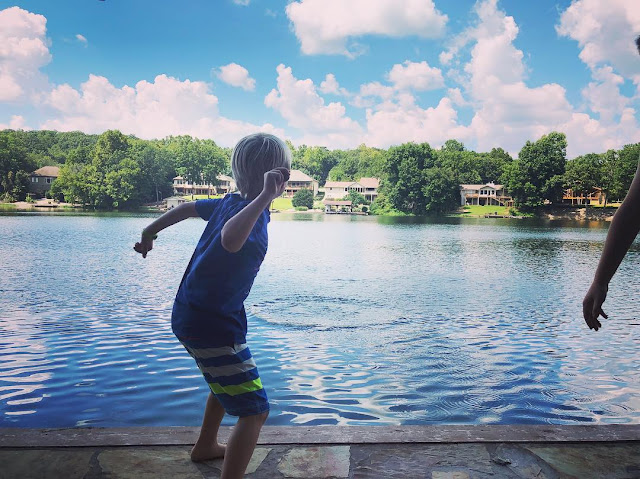 Nothing makes me happier than being with family. I just wish we got to be around them more often. 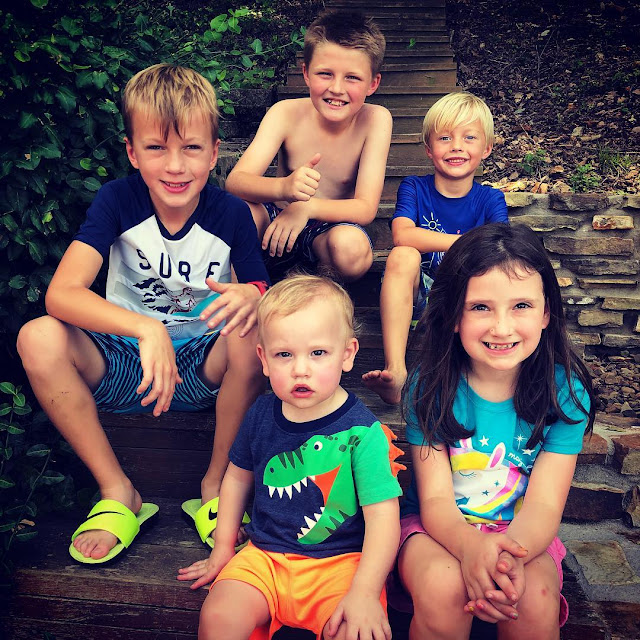 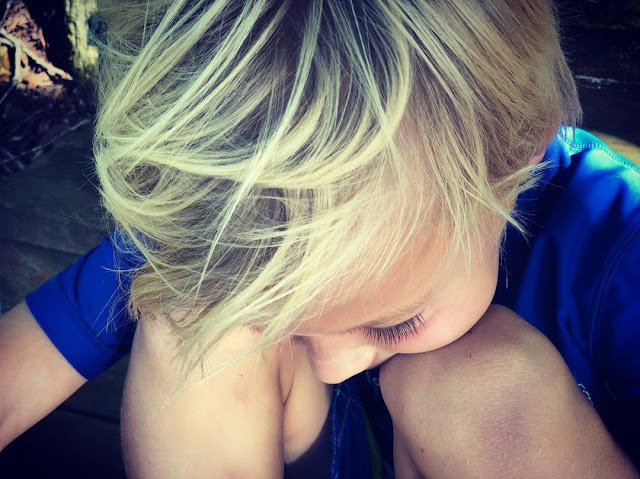 The Hartley crew stayed for a couple of hours and then it was Trenton's nap time which meant it was the perfect opportunity to head back to Carthage. After they took off we loaded up a cooler and headed out on the boat. Both Blake and Evan did a little knee boarding while the South boys looked on. They were both interested in doing it, I just wasn't interested in teaching it. Thankfully they manned the ropes and the ladder and all was good. 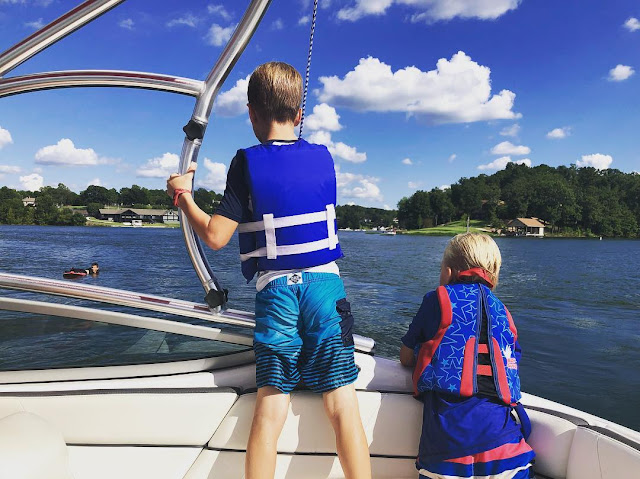 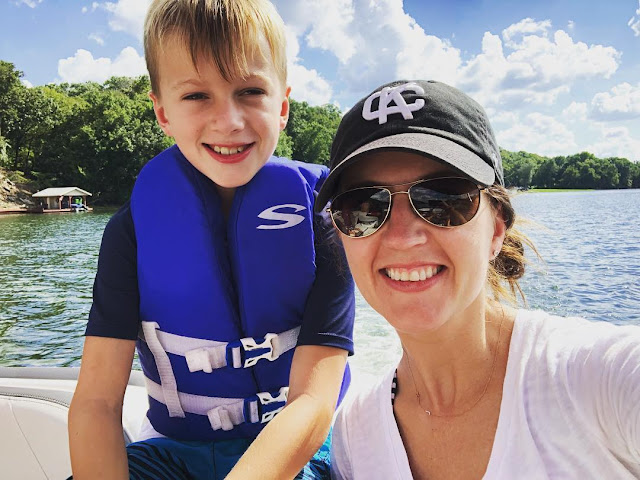 Sunday was our day to head back to KC but not before visiting the Blue Watering Hole where we were told you would find the best crawdads for fishing bait. Logan was dead set on fishing before we left. So we all loaded up and headed to the Blue Watering Hole and we started our hunt. Before you knew it, we were catching them left and right. Except for Kaden. He was a little timid. He knew these guys were small. He knew they wouldn't hurt him. BUT they were unpredictable when it came their movement and the unknown just doesn't go over well with Kaden. 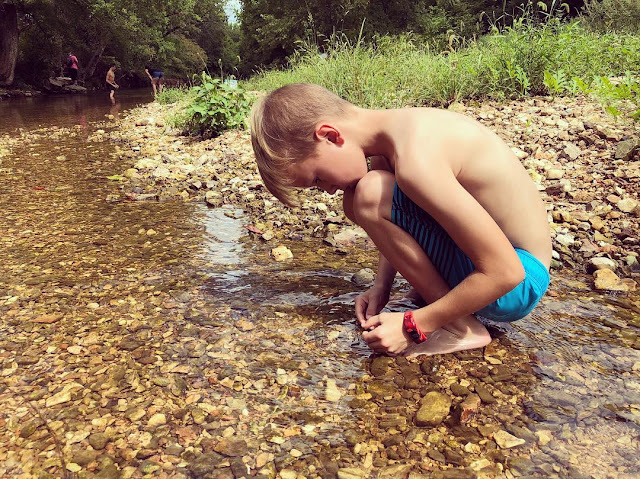 But he was determined and did not want to leave there without catching at least one. He crouched down, gently lowered his hands into the water and then he saw it. It was his time and you could see him take a deep breath as he pulled his hands together, lifted them out of the water and took a peek. And there it was, pinchers and all, his first crawdad. 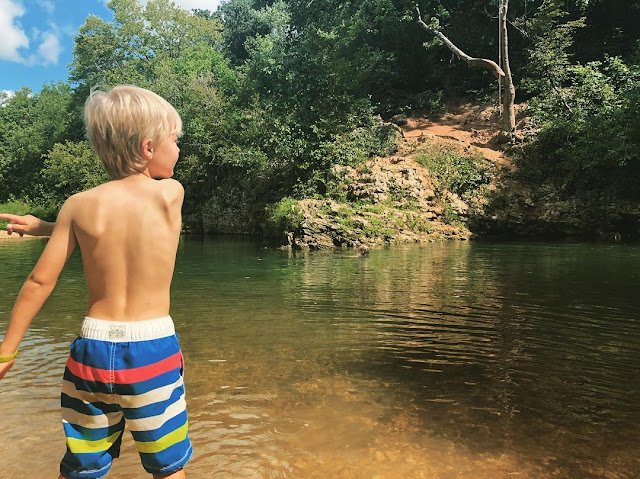 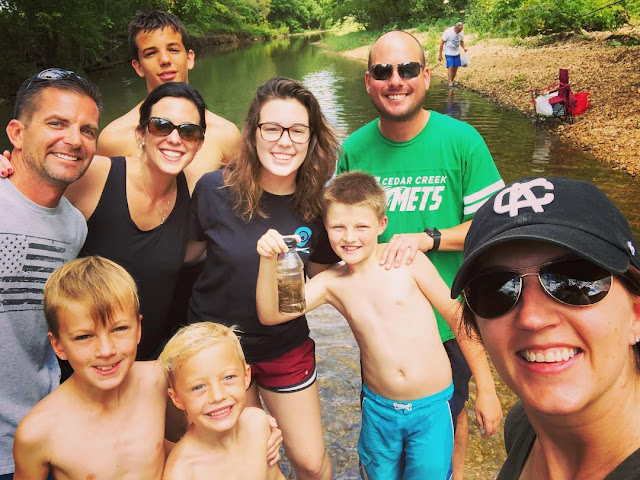 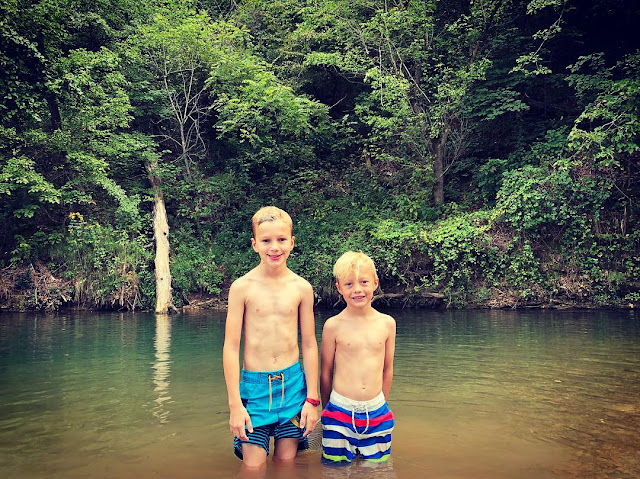 We headed back to Aunt Jennifer's house where we fixed a quick lunch and then it was fishing time. Logan loaded up his pole with bait, well Eric did, and in the water it went. Two minutes later he had his first fish. & then 3.5 seconds after he put his pole back into the water he had his second fish. 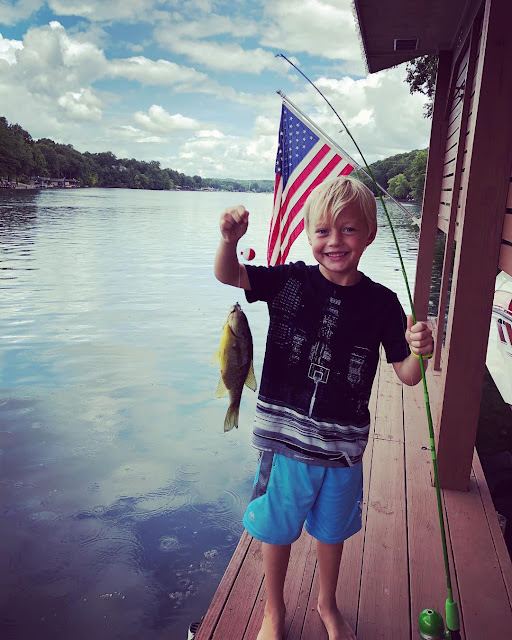 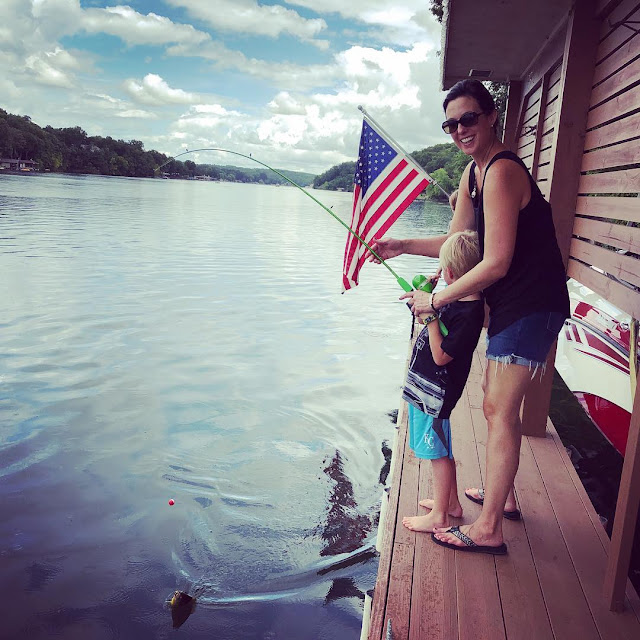 We loved our time with my sister and the kiddos. We loved getting to meet Eric and his son, Evan. We loved being able to relax and just enjoy some family time at the lake. We said our goodbyes and we headed back to KC so that on Monday we could say our goodbyes to summer and to our neighborhood pool---which lasted about 20 minutes with the boys. It was cold! 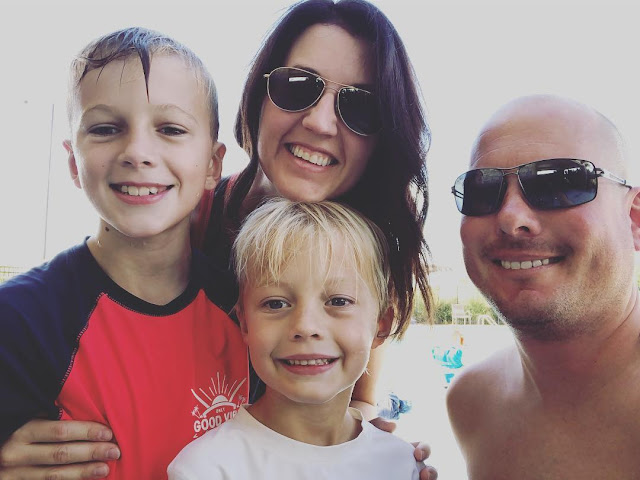