It's baseball time again but this time around it's a whole lot different.

But before I get to that -- there's this. A picture that Alyssa, Rachel and I have been trying to get for two seasons now but hey, we got it and on game one for fall ball. 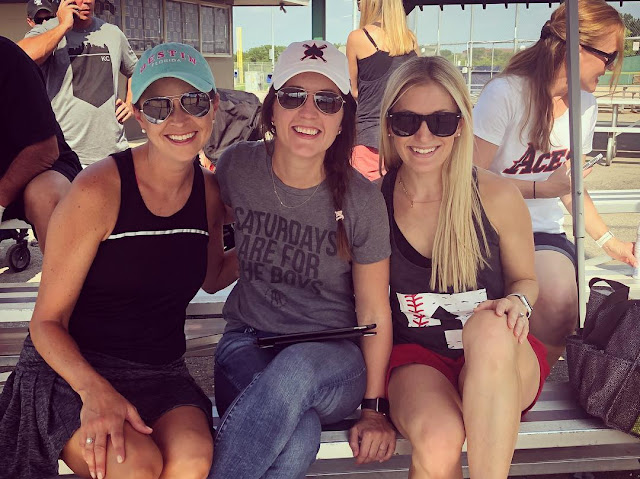 So fall ball--why so different this year. The boys have entered the kid pitch world. Kid pitch doesn't just mean that kids are pitching, it also means they can lead off, steal, drop third strike comes into play, & pick runners off. We weren't really sure how this season was going to go -- we decided to commit to the competitive league again but hoping to drop down a division since last season didn't go as well as we had hoped. Thankfully, it looks like we are matched with teams more on our level.

Three things I have learned already.

1. The games are FOREVER LONG. This is mainly because walks are in play now and if you don't have a pitcher that can consistently throw strikes you end up walking 7 runs in.

2. The boys are LOVING it. Although the games are longer and lack a lot of action, the boys end up paying more attention. They are leading off and have to watch the pitcher to get back to the bag if he tries to pick them off. They are watching the pitcher for his release and then taking a bigger lead to possibly steal. They have a little more time in between each play to gather their thoughts or emotions and to shake off mistakes. 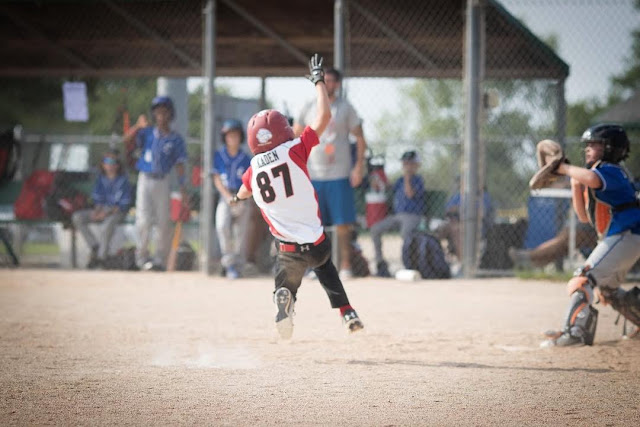 3. I'm a nervous wreck during games. I keep score for the team through GameChanger, which keeps some of my anxiousness at bay but that first time they both stepped into the box I almost couldn't handle it. Heart was pounding so fast. & then came the moment that I knew would happen, Kaden was called in to pitch. I had to step away from the field. I handed my duties off to another mother and I backed away -- still in sight to watch him warm up but far enough away to let him do his thing without me coaching him. I actually FaceTimed my mom because I wasn't going to be a ball of nerves by myself, she made me move closer so she could see better. He only had to face one batter, either he would walk him and the 7th run would cross the plate or he would strike him out and that would be our third out. He struck him out but we dropped the ball on the third strike and weren't able to capture the out. I know there will be another time he's in the game pitching & I'll still be a nervous wreck but you know who wasn't--Kaden.

& Logan, he keeps surprising us all. He doesn't care that he's a year younger, he can hang with these guys. He played right field and stopped a huge hit, keeping the batter to a single and saving a run. He had his best hit, maybe ever & was the cutest third baseman you ever did see. He would cover the bag when a runner was at 2nd or 3rd and then as Cade would pitch he jump off and cover the field like it needed to be. He may have thrown in a few floss moves here and there too.

Aces have started off strong with a 2-0 record. Most importantly, they're having fun. 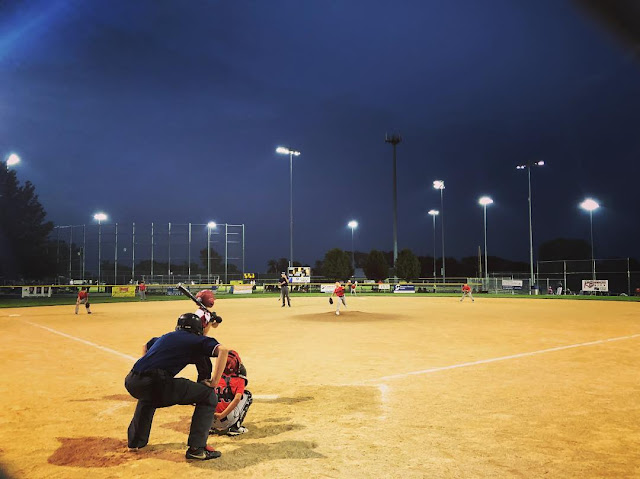