On to SECOND and THIRD grade...

It seems like the summer flew by. Like so fast & before I knew it, I was out on the driveway with chalk for a fourth year in a row. Second grade for Logan and third grade for Kaden---like what?!? 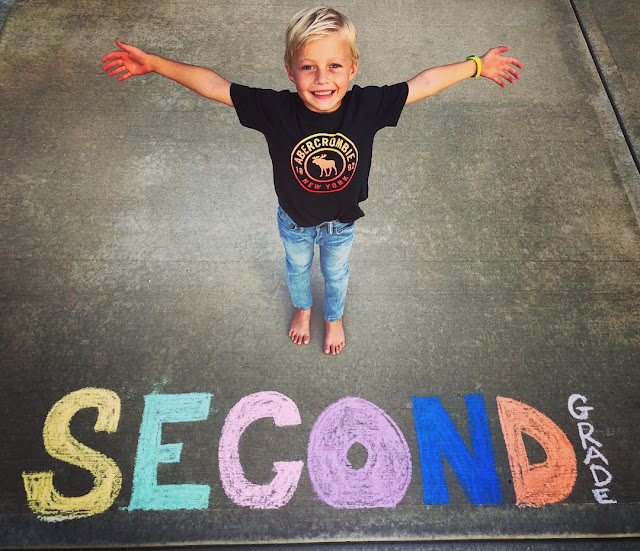 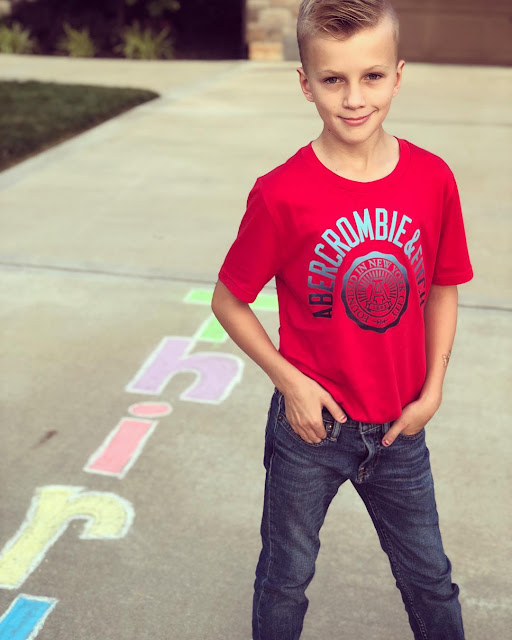 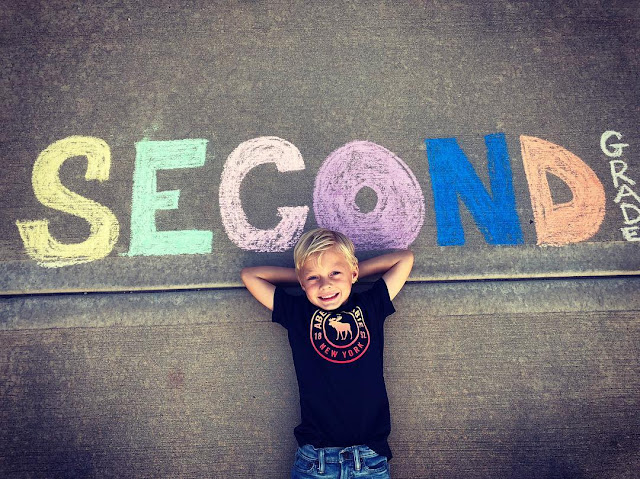 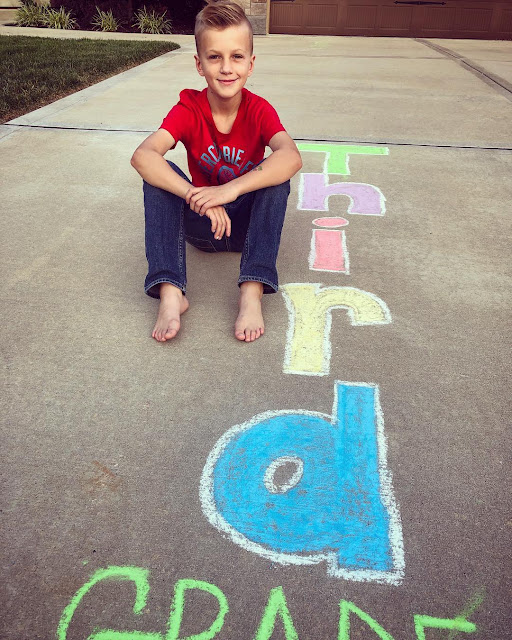 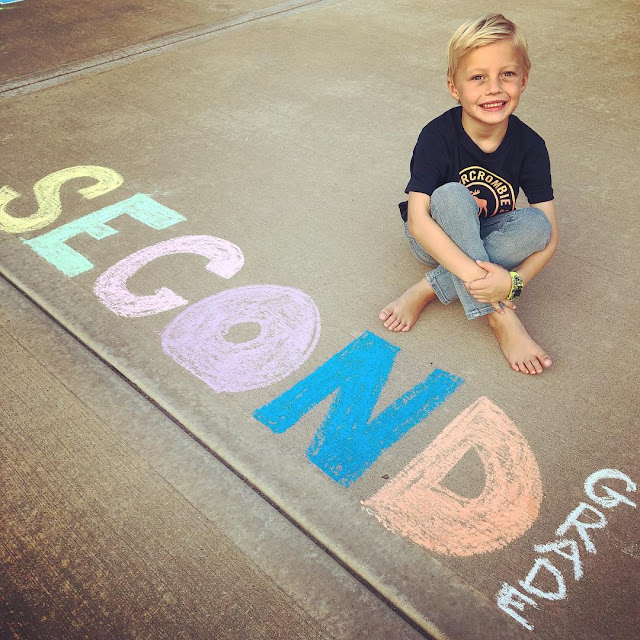 & we couldn't send them off to start a new school year without checking out their new classrooms and meeting their teachers at sneak-a-peek. I had told them both before I left for work that morning that they needed to be showered and dressed nicely before we are able to leave and head to the school. I got home, Emily, our nanny, already had them showered and they got themselves dressed. Socks and all. I smiled and decided it really didn't matter that I didn't like their socks. They did. 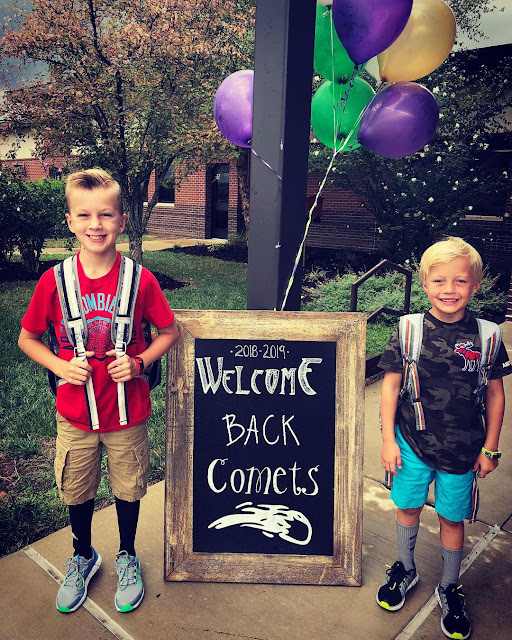 Logan sadly didn't have any of his besties in his class this year but he was still excited for the school year to begin because he had some friends in his class that he didn't have last year. He drew Mrs. Neuschafer and we just know a wonderful year lies ahead for him. That evening he had to pick out his super power and he picked out Math and Kindness. He nailed it. 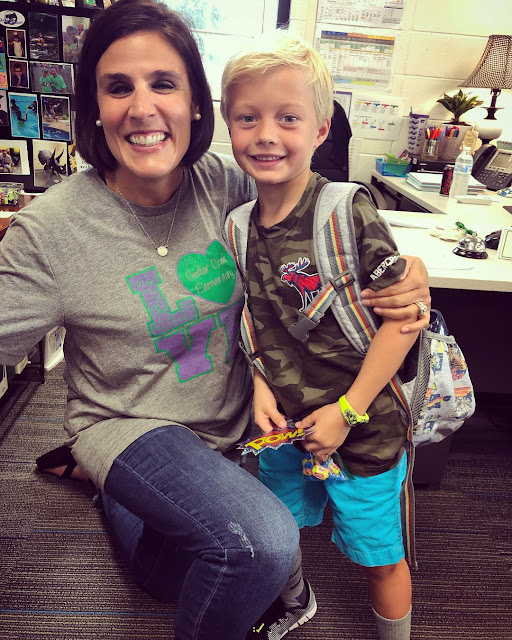 Kaden drew Mrs. McGraw and lucked out and had a couple of buddies from last year in his class again this year. He was hoping for his buddy Cade who would not be attending CCE to be in his class but sadly that didn't work out. I'd love to say next year but there won't be a next year at this CCE. His class size is pretty small compared to the other third grade classes with only 18 but it's due to the size of this specific room and honestly, I love that. Kaden feeds off of positive reinforcement and more one on one time and this will lend well to that. He's excited to take third grade by the horns and we are so very excited to watch it happen. 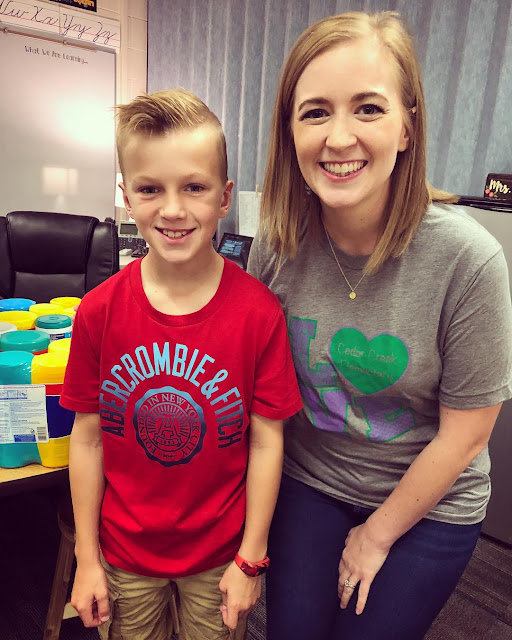