It was time for another South birthday party. Kaden was turning NINE!

We had talked about what kind of birthday party he'd like to have and I threw out the idea of a mobile gaming truck. I wasn't sure how they really worked but they looked like fun and he seemed thrilled with the idea. We booked it and decided our theme would be Level Up - a gaming theme.

Finding a date though was a little harder, we didn't want it too far out from his birthday but his birthday also coincides with Labor Day each year. I was afraid to choose a Saturday because the baseball schedules weren't out yet and everyone else has activities on Saturdays too. So we went with a Sunday afternoon, after baseball practice. He decided that he wanted to invite all of his baseball team, his cousin Colton, our buddy Nathan and then a friend from school. I figured the boys would be sweaty and dirty anyways from baseball so being outside for another 2 hours wasn't going to make a difference and would even maybe allow us to take it up another notch.

The guest were all boys, except one special little girl who Kaden just adores. 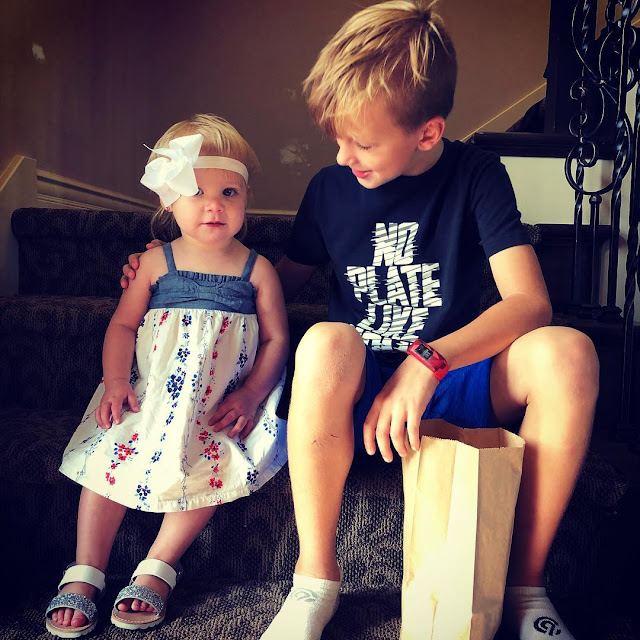 Party prepping was relative easy for this party. We would have cake, Fanta Floats and a popcorn barn. They would hang out and play video games for an hour before singing happy birthday & then we would shoo them back out the door to have a little color powder war.

But first, the cake. We all know by now that I try and make/decorate a cake for the boys' birthdays. I've done a bowling cake, a Smore's cake, a Pokemon cake and a number of simply cakes with sprinkles and their age on it but it seems like with each and every cake I do, I try and stretch my limits. Since gaming was the theme Kaden and I talked about pulling together a few Mario references and Pokemon and then he suggested something called Roblox. Here goes nothing.

I Pinterested a few idea and then Friday night I got to baking--4 round cakes.

Saturday I stacked two round cakes on top of on another and then cut the other two in squares and placed them on top of the larger circle cakes. We attended a friend's of Kaden and Logan's birthday party & when I got home I dove right into icing. This is where it all started falling apart. the top layer was NOT having it. I could not for the life of me get any icing to stick and I was just try to do a simple crumb coat. So into the trash it went & I proceeded with just the two round cakes. I could still make this work and explained to Kaden what our new plan was -- Mario only. Cool was his response. Good enough for me.

I mixed up two large batches of icing and went to town. Started with two colors of green for the rolling hills. moved to yellow and white for the stars and parts of the mushrooms. Fill in the red and then finished it off with the blue. I didn't get fully finished until after Kaden had gone to bed but when he woke up he was AMAZED at his cake. Logan told me I was an excellent cake maker.

Those comments made the time and my sore hand all worth it.

We slapped a few Mario characters on it -- Kaden was Luigi for Halloween last year so Luigi made the cake and Mario would have made it too if not for his missing nose! The other characters that we had bought to use on the cake found homes being used as decorations. 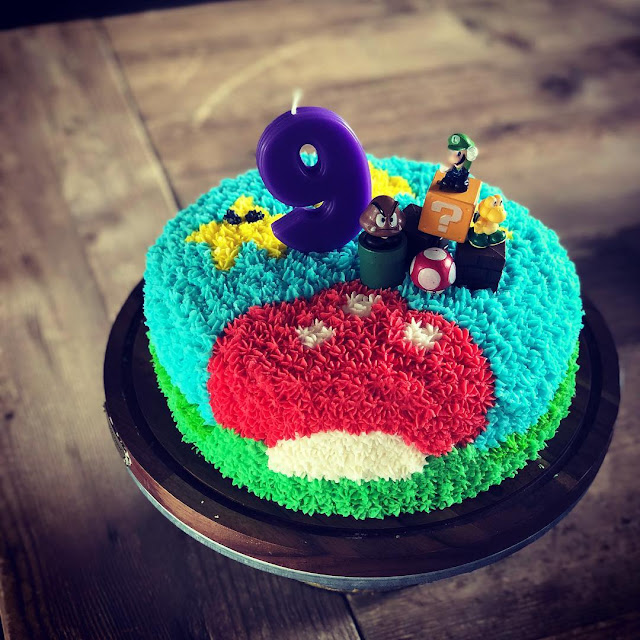 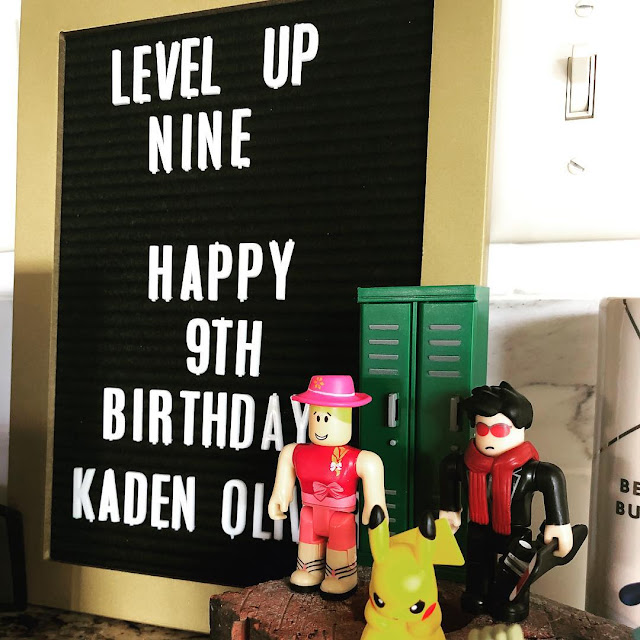 Since the party was after baseball practice that gave me 2 hours to get everything pulled together with a quite house. Say what?! That 2 hours went by so quickly and before I knew it, the mobile gaming truck with Sky's The Limit Mobile Gaming was arriving and our ball players and friends were right behind him. The set up was perfect for these boys -- all very anxious to get to playing. I limited the games to game which EVERYONE can play. No shooting, no blood, no violence. There were few grumbles at the beginning but once they were inside they were totally mesmerized by all the TV and game choices. 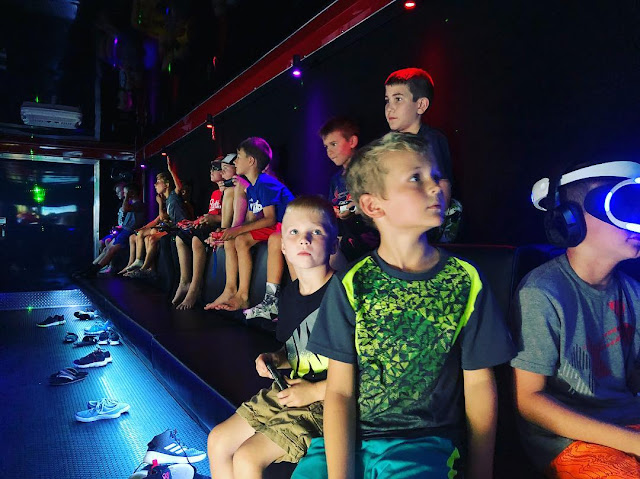 They even had a VR -- and now that is exactly what this kid wants for Christmas. 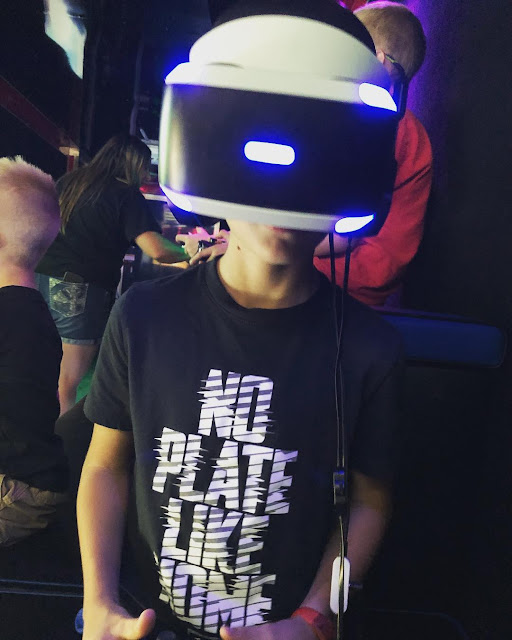 I had decided to schedule the truck for an hour, thought that maybe two hours would be too much and they would lose interest, WHAT WAS I THINKING. The boys LOVED everything about it, as did Justin and I -- so easy to keep track of them and someone else was in charge of implementing rules.

Once our hour was up we headed inside to sing Kaden Happy Birthday. This is usually where I grab a picture of Justin and I with Kaden and one of him with his cake. And, although this picture works, I had to steal it from a video that I took. And well, the one with Justin & I will just have to come later. 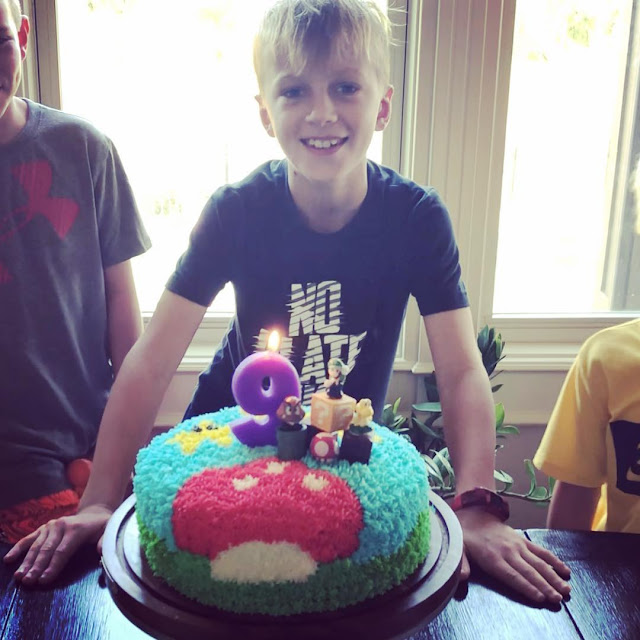 Once the boys were all nice and sugared up on cake, ice cream and popcorn -- we got them changed into their white shirts and safety glasses, we headed outside for a little color war. A few boys weren't so sure about the whole color war thing but once it got going there was no turning back and they went for it. Thankfully they followed directions and did not get any adults that were standing nearby. I look at this picture and I am instantly reminded of just how lucky Kaden is to be surrounded by wonderful family, friends and buddies. These kiddos represent different parts of his life and don't all know each other but you'd would have never known that from the party. They are the most welcoming group of kiddos and their only goal is to have the best time possible.