A first and a last all in the same day. First day of second grade for Logan and third grade for Kaden but it was their last "first" day at Cedar Creek Elementary. See, a new elementary school is being built closer to us so the boys will finish out their elementary years there. Cool little fact, it's all CCE - Canyon Creek Elementary, so at least we can save all of our spirit wear.

We had a few nervous jitters to start the morning out but by the time they sat down for breakfast those were long gone. They were so excited to see all their friends they had missed over the summer. We started off this school year just like we finished off last school year--with a hot breakfast. Two circle cakes for our second grader and three for our third grader. 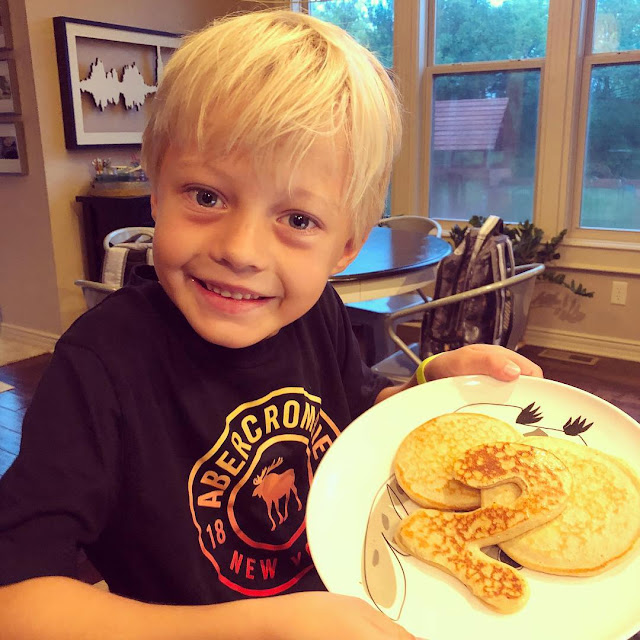 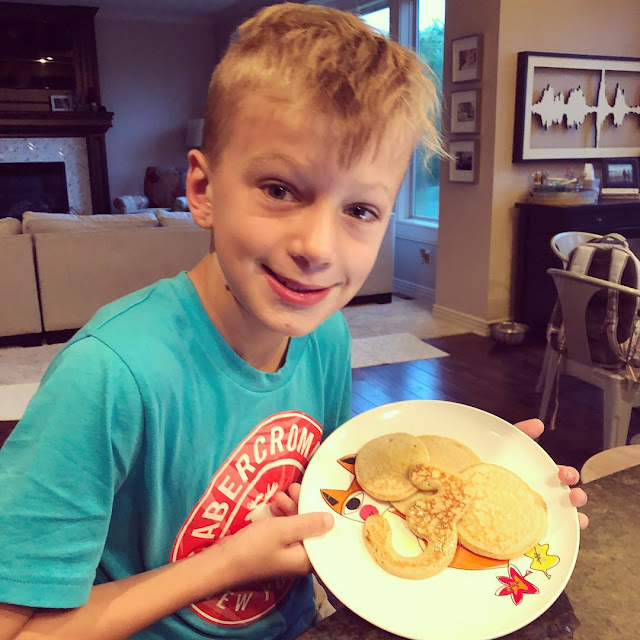 This morning we decided that we would venture over to one of our buddies' homes and walk with him to school. This particular buddy just moved into our school district and was starting his first year at CCE, the boys didn't want him to have to walk up to school alone on that first day. But first---we had to grab a few pictures of this monumental day. 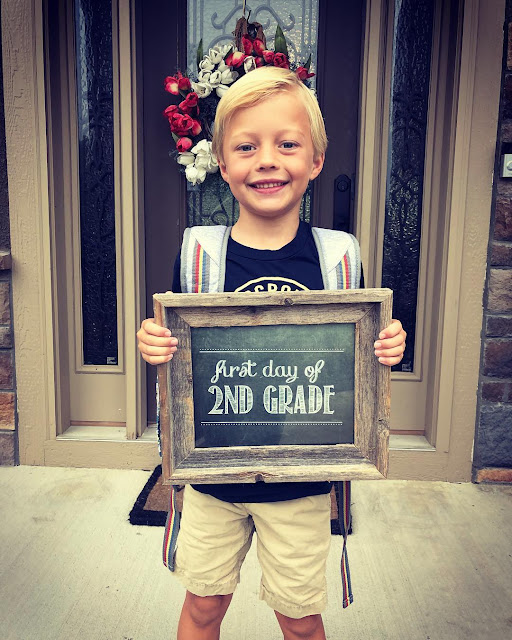 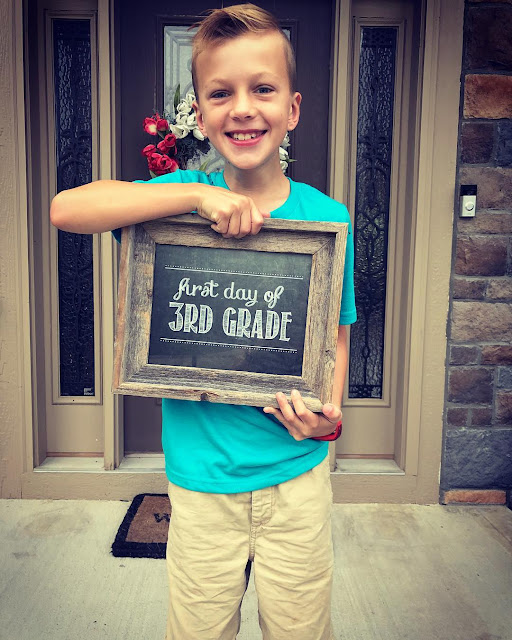 They kind of fought me on their outfits--mainly their shorts as they both wanted to wear gym shorts but I wouldn't budge. I told them that there were only two days that I would pick out their clothes for--first day of school and class pictures, everything else was their call. Unless of course it was cold and I told them to add a few layers. That did the trick though, they put on their smiles and we got it done. 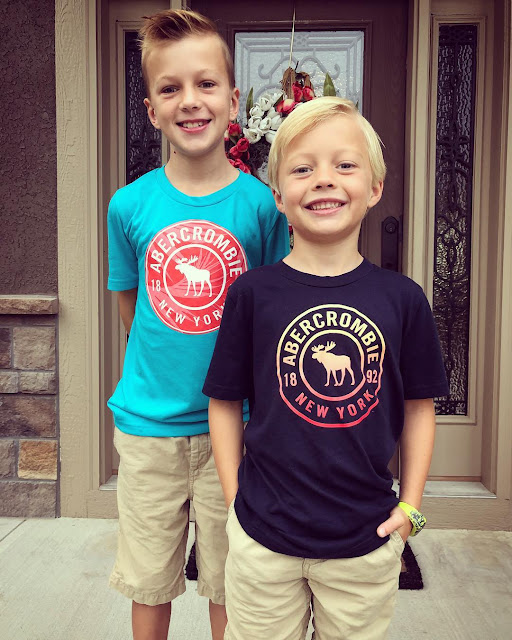 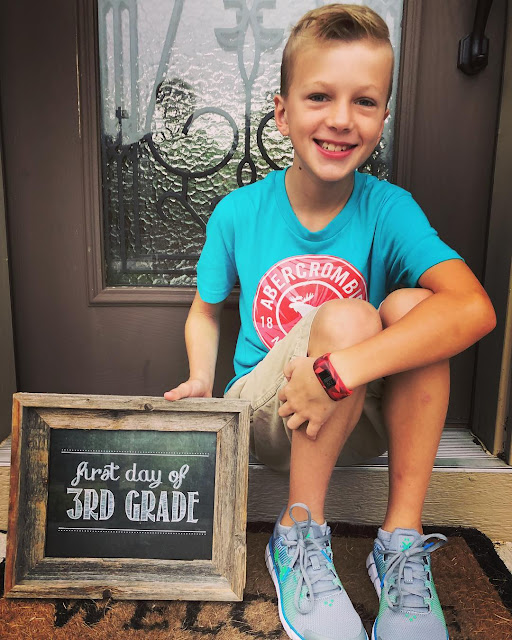 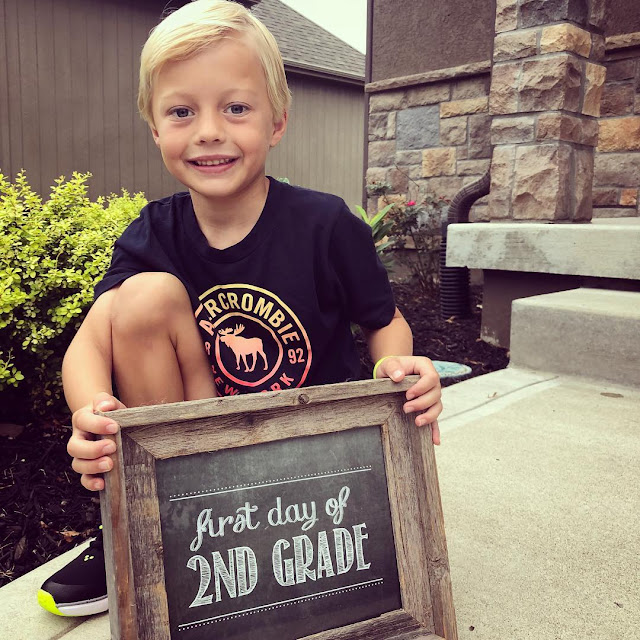 Justin had a work call that he had to be on at 7 that morning and we weren't sure if he be done by the time that we were leaving so Kaden & Logan stepped in and became the photographer. I'm still not that great about handing the phone to someone else and capturing me with the boys but I'm working on it. And as luck would have it, Justin's call ended right before we were loading up and he jumped in a picture with the boys too--the boys were pretty excited that he made it. 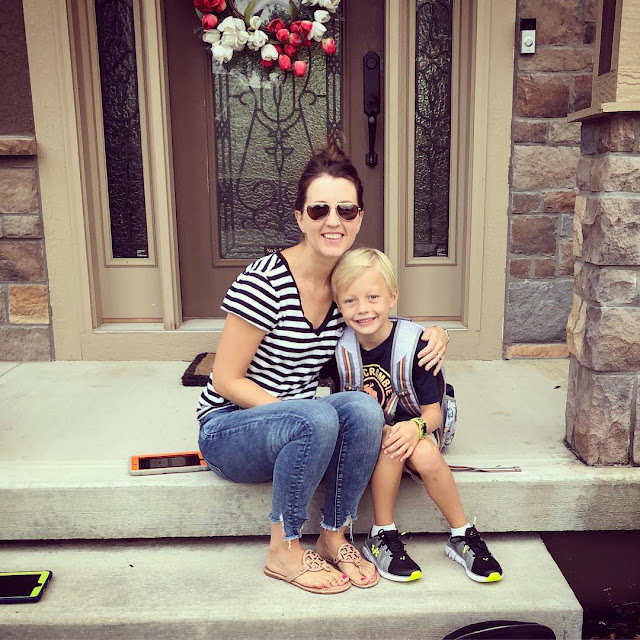 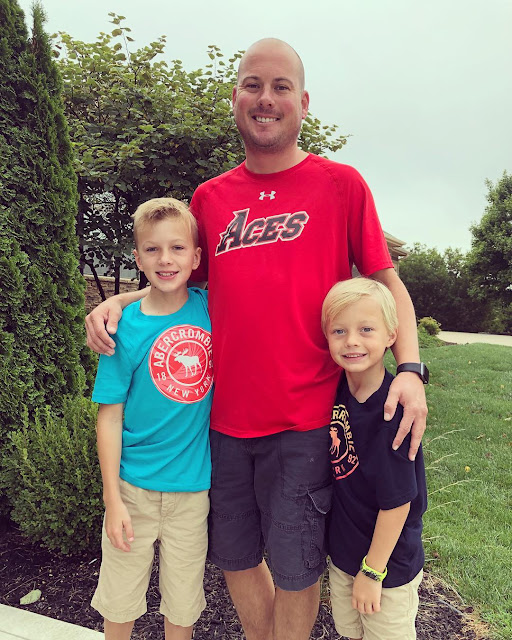 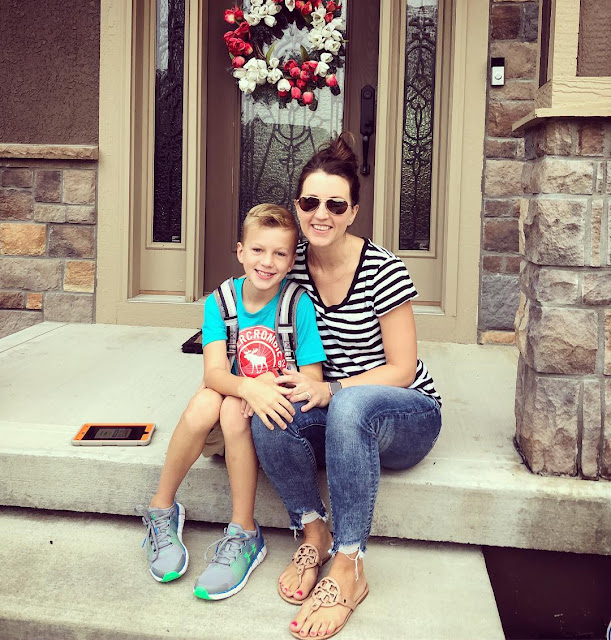 As we started to make our way around to the front of the school, Logan saw one of his besties walking up and the biggest smile appeared on both of their faces. Followed by each of them shouting the other's name and big waves. They ran towards each other and Seph's momma grabbed this shot. Melt my heart into a million pieces. 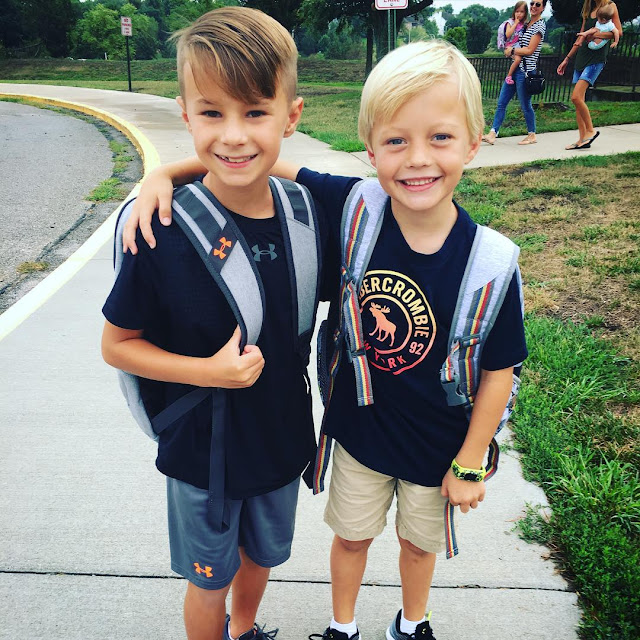 And then we made it to the doors and friends were everywhere. At one time I had lost Kaden, he had already gone inside due to the excitement but then he reappeared. We snapped one last picture, both boys gave me a kiss and off they went to what we all hope to be a fabulous year at CCE. 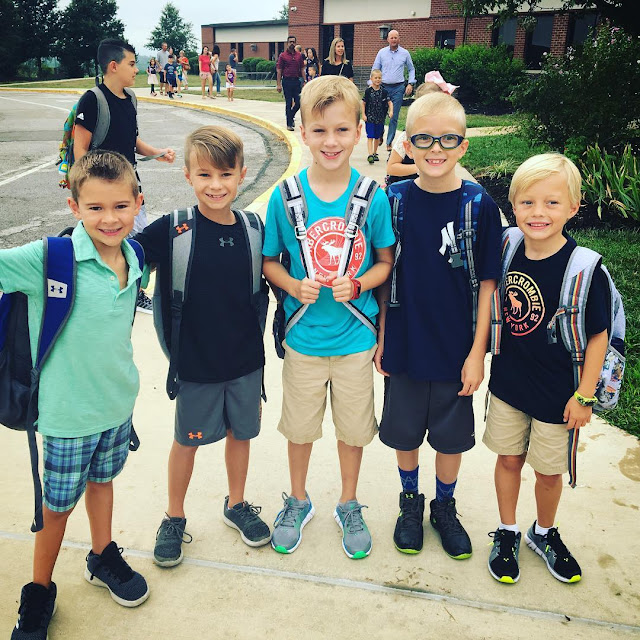 The next morning brought another set of firsts and lasts. First ride of the school year on the bus but last year to ride a bus until middle school. The boys picked out their own outfits from head to toe. Socks and all! Logan's shirt was one that he made with Emily and Drake that read Drake is my best friend and then Kaden asked that I make him one that read, My mom and dad are the coolest.

Hard to believe that Kaden is halfway through elementary school and that Logan is right behind him! 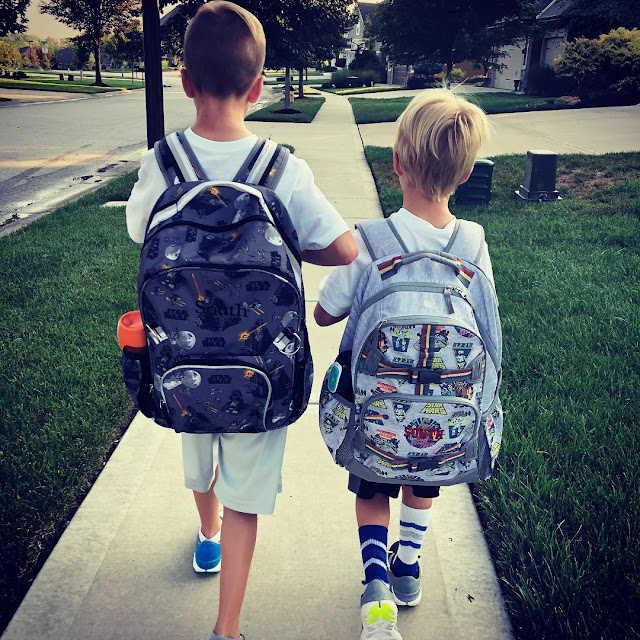 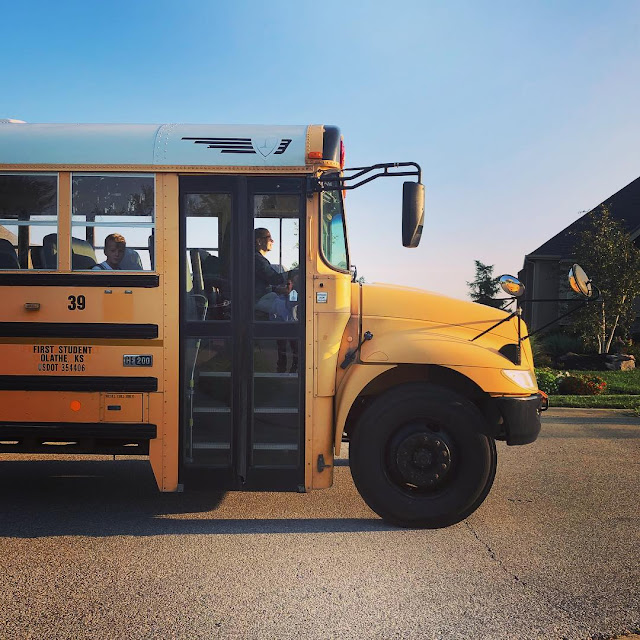