Baseball was over--time to head back home to my mom and dad's for a weekend & celebrate a special little girl turning SIX!

We took it pretty easy Friday night because we knew that Saturday would be a day full of fun. We would start off with a quick little photo shoot of the birthday girl and a quick 18 month one of Mr. Trenton but after that, we were headed to Uncle Scott's and Aunt Kelly's for a little swim. 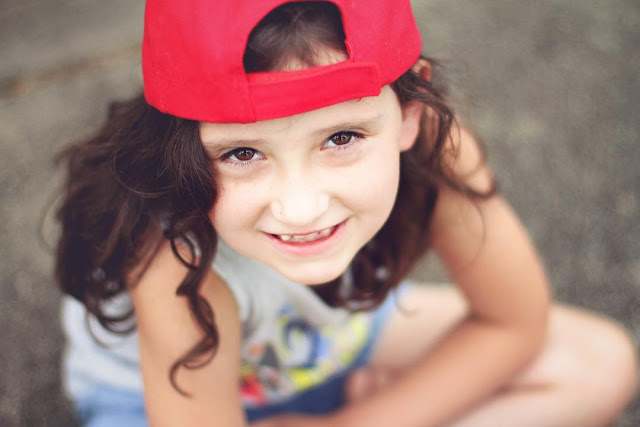 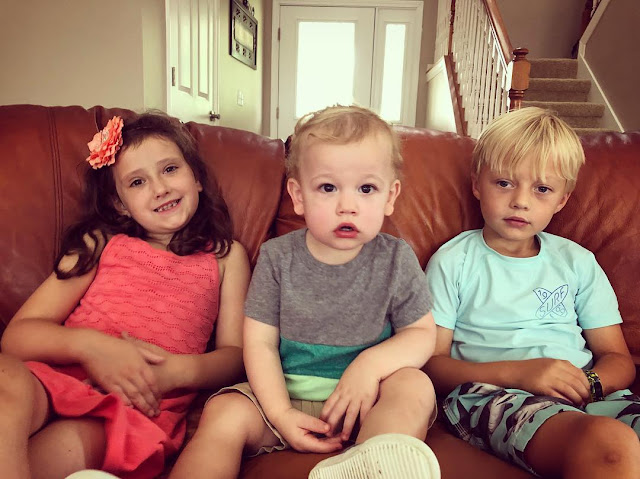 Mr. Trenton does not like to sit still. I mean, what 18 month old does BUT he will sit still for three things--Moana, Shrek & electronics. He's not picky on the electronic--iPad, non-working remote--just anything with buttons. 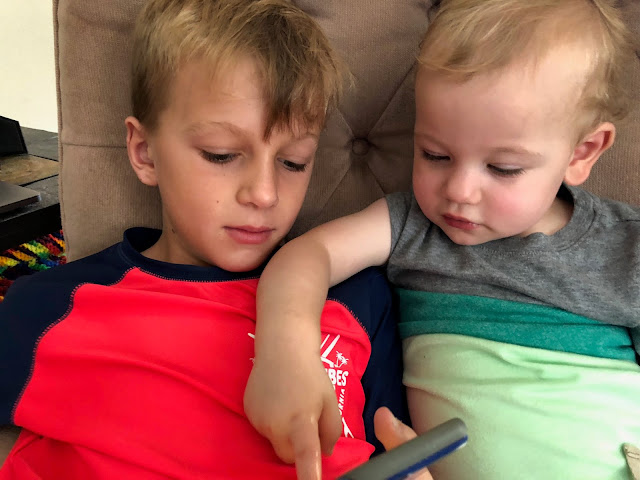 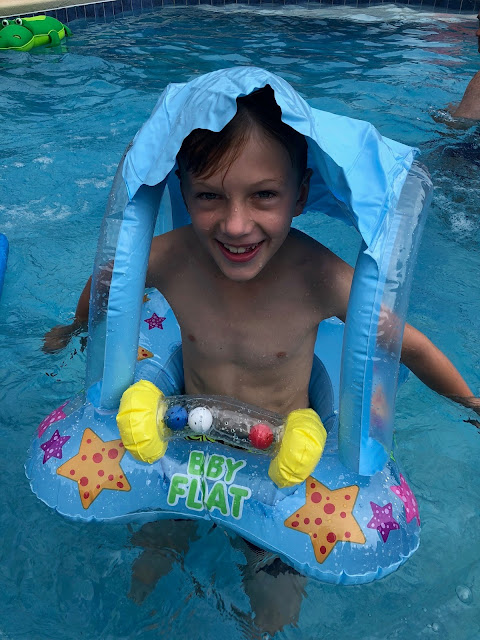 After a quick swim, we went back to Grandma Sara's and Papa Tom's and rested because the whole Hartley clan was in town to celebrate Miss Madison. Even our favorite guy in the whole wide world came out to celebrate. 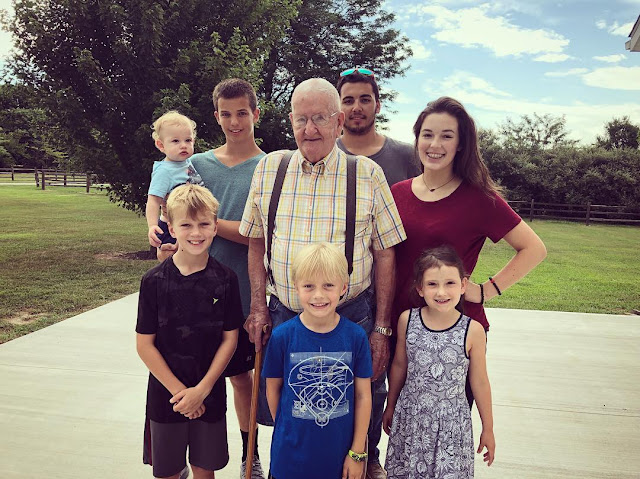 Baseball was played. The South Boys vs. The Siebert Boys 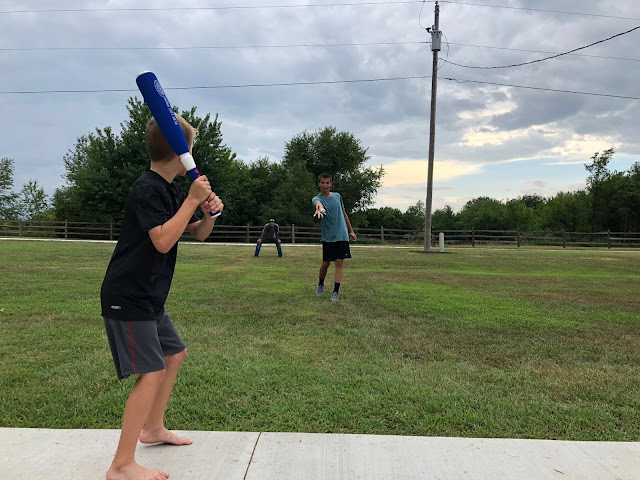 "Treasures" were bargained for. Papa Tom told the boys that this red rock was a calming rock, that you just rub it and it makes you calm. Kaden debunked that theory relatively quickly. That coin you see there, well that was taken from a pirate ship---now this, they still believe.

Every time we are home they leave with some sort of "treasure"-- Kaden even went home with hot dogs one time. 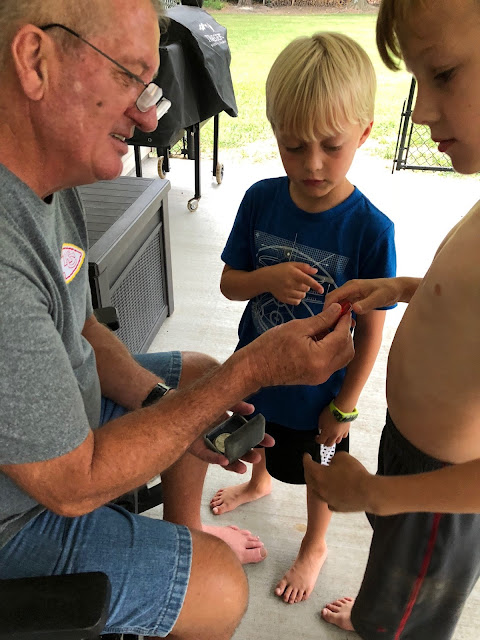 They played in the garden--barefoot, it's the only way to do when in the country. & then they stripped down to their skivvies and ran through the sprinkler--allowing Papa Tom to douse them at the end with the hose. They ate popcorn and push pops. They drank Pepsi and Fanta. Grandma fixed them donuts each morning. They were spoiled. And in the very best way possible. 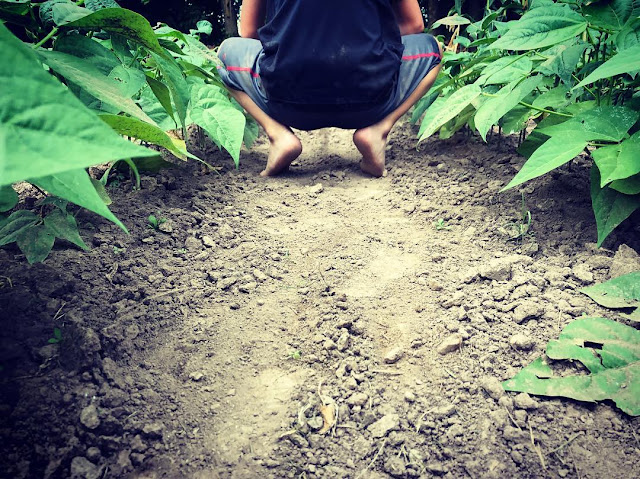 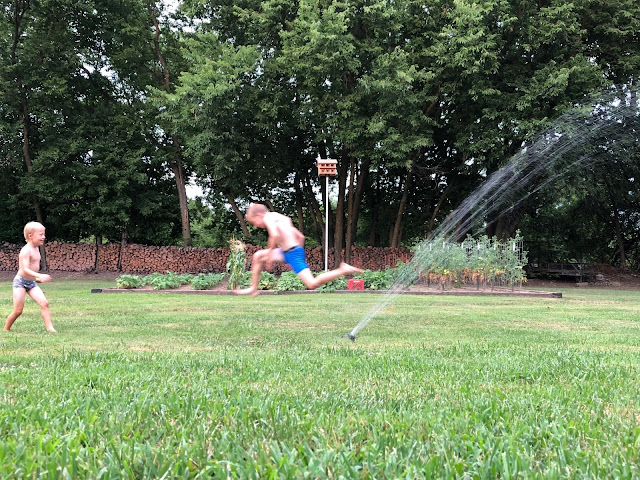 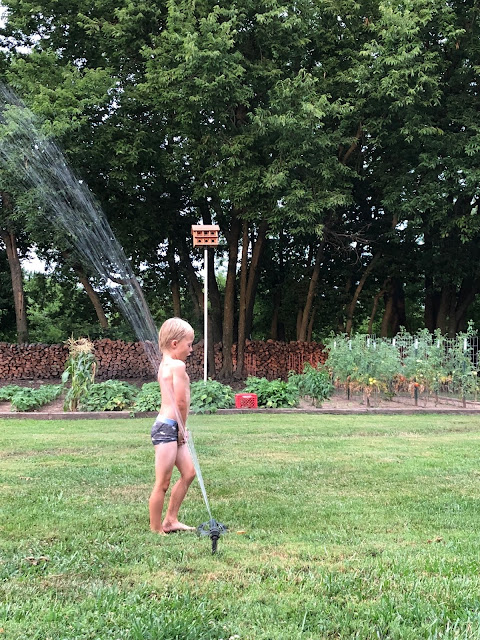