Father's Day at the Lake

One of Justin's favorite places in the world is at the lake house. I don't disagree with him, it's pretty dang special so it certainly came as no surprise when he wanted to spend his Father's Day weekend at his favorite place in the world.

Father's Day ends up being one of the weekends where family doesn't end up coming down with us and instead, we invite friends. This year the Kufeldts were able to join. The Kufeldts have become great friends over the last few years--well, ever since Logan and Drake were in kindergarten together. Now all three boys play baseball together so not only do we get to see them all the time, but we all genuinely enjoy being around each other--or at least the Souths do!

We arrived with a few hours of daylight to spare the kids headed straight for the water. 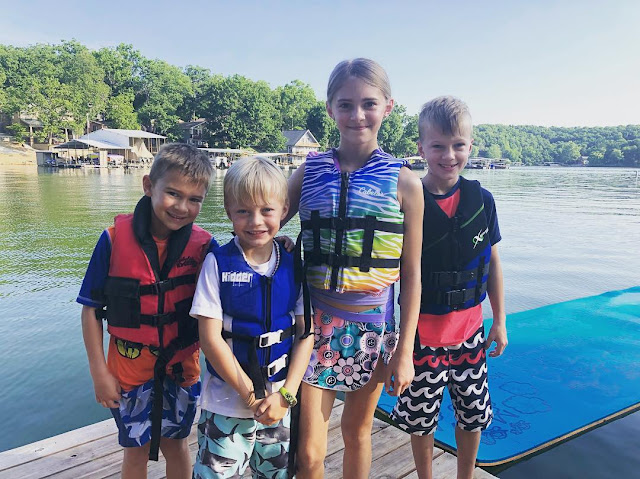 And although it was a later than usual night the kids were up at the crack of dawn ready to go. So back out we went--fishing and paddle boards were the first requests. The bigs did the paddling while the littles sat and "navigated"--everyone was happy. 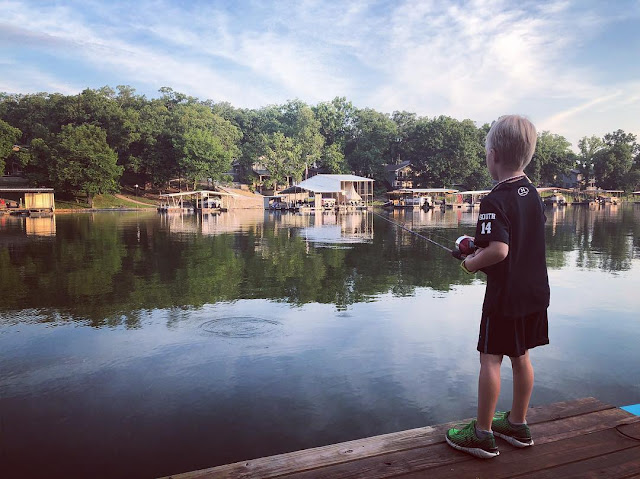 And then it became a free for all--some where on the Maui Mat, some where jumping off the dive platform, others were taking a ride on the Sea Doo, all while the adults sat and watched over. 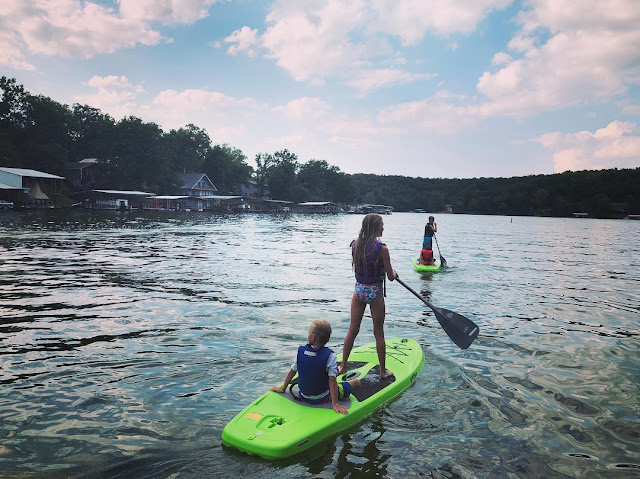 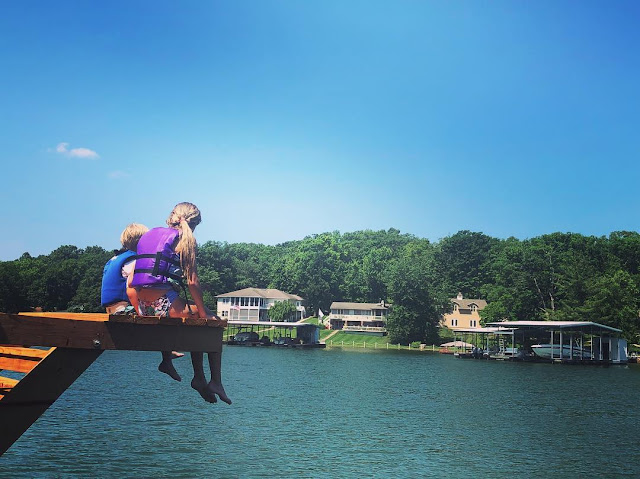 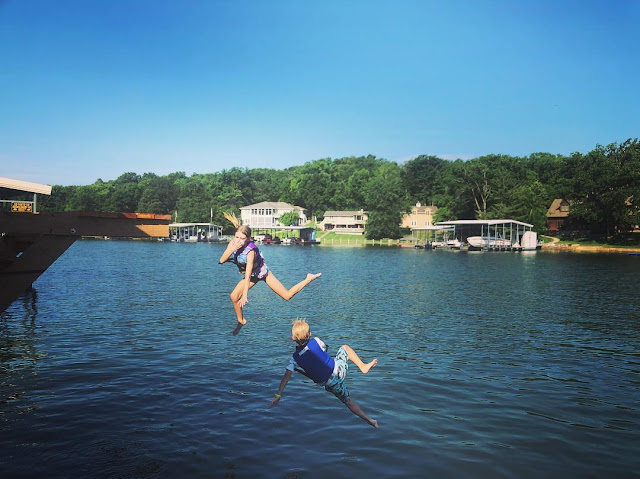 This summer a new lake tradition was created, unknowingly. Over Memorial Day weekend Colton and Adam brought back a huge piece of driftwood from the out in the lake. We joked that it was their treasure find -- really they were just clearing it out of the way. Justin decided to one up them and bring back an even larger piece & then they took home the trophy for the weekend by bringing home the tiniest little turtle--how they ever spotted that in the water while they were driving I will never understand. Fast forward to Father's Day weekend and the treasure hunt continued. A few pieces of driftwood only to be topped by a fish-- a dead fish -- thanks Kevin and Drake. In the end, my girl Aubrey and I took home the win with this boat flag which we found in the middle of the channel. Winner, Winner, Chicken Dinner! 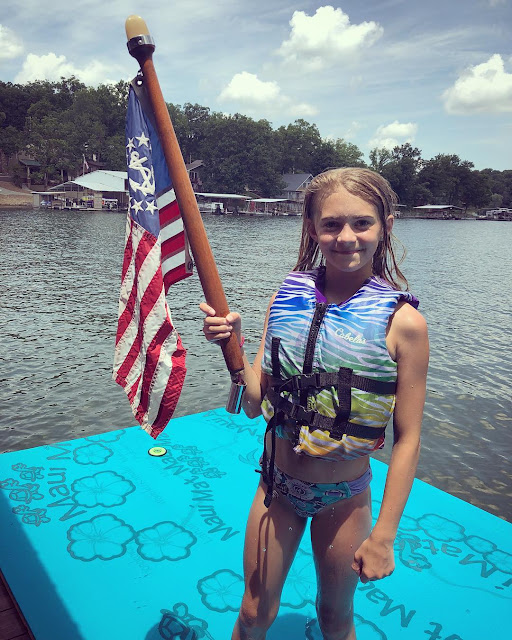 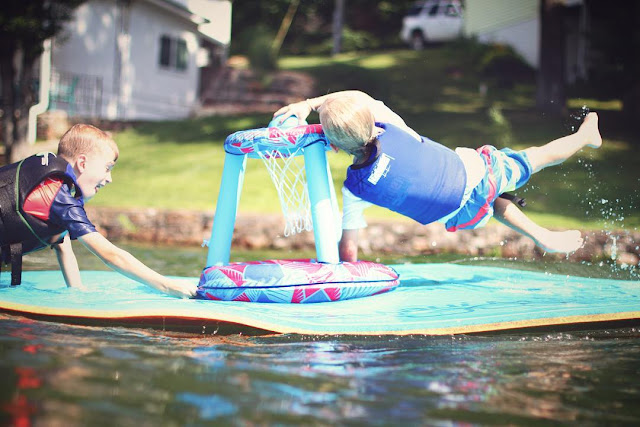 This picture is everything. It described our time at the lake perfectly. Kaden on the go, Aubrey ready channeling her inner thrill seeker, Drake taking it all in & Logan smiling. 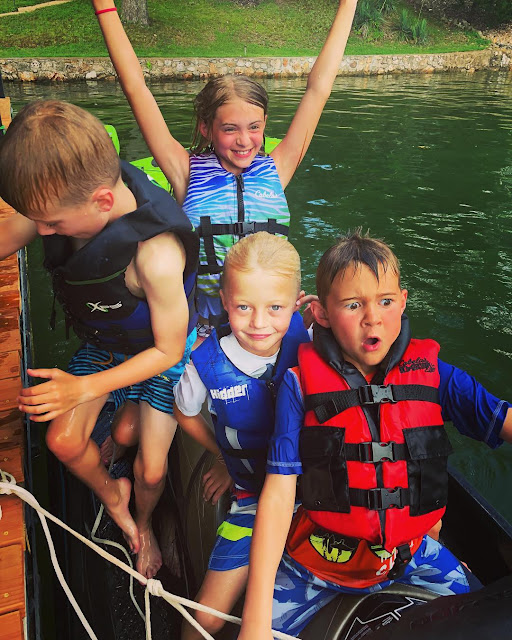 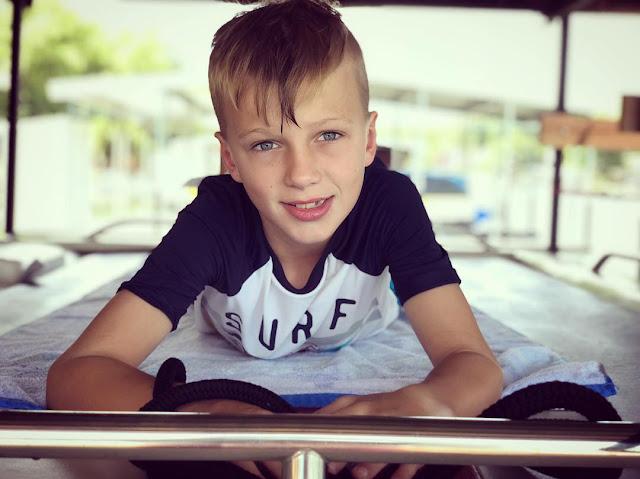 The real reason though we were all the lake was to celebrate these two rad dads. Pretty sure we are some of the luckiest kids and wives around. 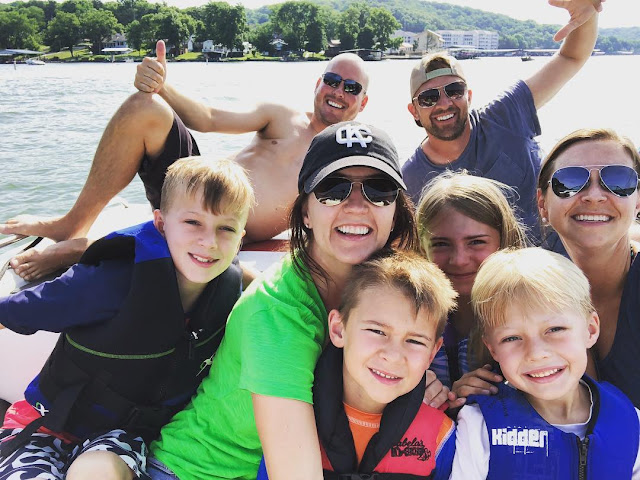 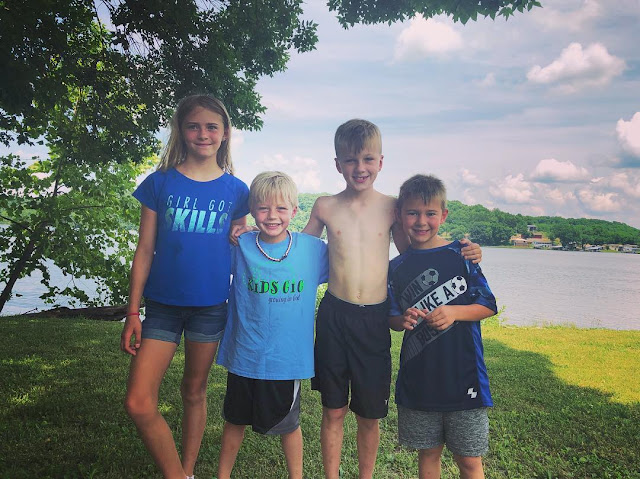 Thankful for the wonderful friends our kids have made and the parents we inherited due with those new friendships--it's kind of like it was always meant to be.
Posted by Kayla South at 10:03 PM