building blocks - a basic unit of which something is built. 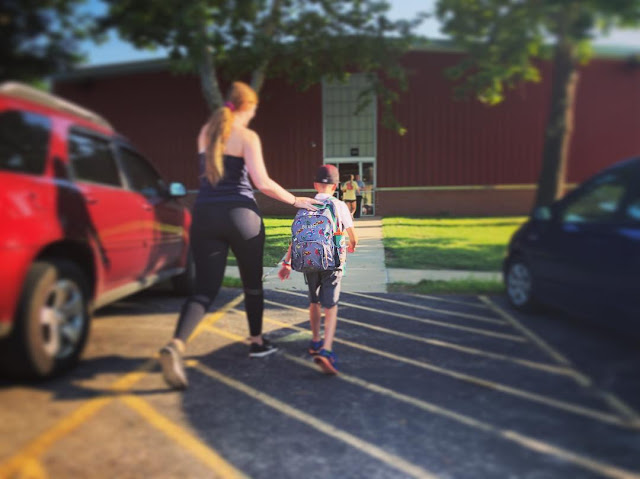 About 4 or 5 months ago I learned of a summer camp through a friend of mine from California. She and her family are originally from the KC area but have relocated to California. Not only do we both love our kiddos immensely BUT we both have kiddos with ADHD, and their both our oldest. She and I were exchanging experiences and really, just being there for one another when she mentioned a camp that they were looking into in KC for the summer. They were actually going to move back to KC for 7 weeks so that her son could attend. I asked a few more questions and then started looking into it myself. The camp, well, it was a summer treatment program for ADHD--one that took treatment above and beyond just medication. The best part of it all, it's put on by his own doctors within the Children's Mercy ADHD clinic and we had an upcoming appointment where I could ask lots and lots of questions. And I did. I left that appointment knowing that we needed to do whatever it took to provide Kaden with this opportunity. It was a large financial commitment and a large time commitment. It would also mean that the boys would spend the majority of the summer apart, something that neither of them would be super stoked for. However, the benefits of what this camp could offer to our family, especially for Kaden, were to great to ignore. So we would figure it out and we started the enrollment process & then we waited. For what seemed like FOREVER!

On March 22nd we got our welcome letter and I cried as I read through it. For the first time in a while a feeling of hope was starting to stir. And it's not like we ever lost hope, this just brought another level of hope our way. I went home that evening, sat both boys down and explained how the summer would look for our family. Both boys had the fear of missing out -- how could they not, but we talked about how this is something that we really needed to do for our family. That this was ONE summer & that there will be time at the beginning of summer and at the end of summer for lots of fun together. I'm not sure if everyone was 100% on board BUT we didn't have a lot of push back after that.

We've been praying for God to show us a way, not THE way, just a way. A way for us to provide some building blocks for Kaden. He has the most gentle and kindest heart but sadly, his brain gets in the way more often than not and most people, don't get to see that side of him. Ever since he was little we called him light switch, lovingly, but still light switch. He was either on or he was off. When he was younger he was on more often than not but as he grew older and started dealing with a wider range emotions, it became apparent that he didn't have the same tools that everyone else had to learn and deal with these emotions in a thoughtful, productive way. So we started to ask questions of his pediatrician which led to an 18 month journey before we officially were able to diagnose him with ADHD. The journey didn't stop there, with the diagnoses came more peaks and valleys. That first 9 months after his diagnosis we went through three different medications and two of those had two different dosages and we still haven't found the right match for him but we have learned is that we gotta keep pushing for answers and fighting to set Kaden up for success. And this camp, well, it's us fighting. It's us putting Kaden's needs first. It's us trying to ensure that he has access to the tools needed to do every day life. Now, don't get me wrong, Kaden can do everyday life but it just doesn't come as easy as it does for others. He's impulsive and doesn't think decisions through. He's an emotionally intense child who puts a lot of unnecessary worry and pressure on his shoulders. It's black or white. It's success or failure. There's no in between in Kaden's mind. However, with the help of medication, Kaden has been able to slow his mind down, trick his mind if you will into allow him to think before acting. To understand that losing a game isn't the end of the world and that we may actually learn something valuable from losing. And this camp, is to help provide him with tools and resources that he can draw upon during all parts of the day, especially when his medication is not within his system. This camp or summer program if you will, will help develop his problem-solving and social skills, and help him gain the social awareness needed to enable him to get along better with other kids. It will help hone his abilities to follow through with instructions and complete tasks and will help improve his learning skills and academic performance and most importantly, at least to us, increase his self-esteem.

But the camp isn't just for Kaden, it's for Justin and I too. We will be taught how to take what he is learning at camp and implement it into our daily lives once camp is over. They will work with us to help change unacceptable behavior at home, reduce the non-complaint and disruptive behaviors that we see. And most importantly to us, improve his relationship with us and with Logan. Again, we have a very LOVING relationship and I know he loves me, his dad and his brother but there is always room for growth when it comes to the bond between a parent and child and then between brothers.

That friend of mine that told me about the program, well, sadly they were not able to attend--reasons that are really out of anyone's control--but it does make me think about the timing of things. How I wasn't even aware of this program before speaking to her, someone that lives in California, and we even had been seeing the exact doctors that brought the program to KC. I think this was God's way of showing us a way. He placed her into my life again at that moment in time to lead me to where we are today. If not for her, we wouldn't have found this program and been able to give Kaden this opportunity. An opportunity that I am learning from so many has life changing implications. I've had a number of wonderful parents who have heard about or been a part of this program before who told us just how excited they were for us and how amazing their experience was. It's so hard trying to keep my hopes in check with all the amazing things we have heard but in the end, if he is able to just show more of his sweet and kind heart, it will be a win. Building blocks. 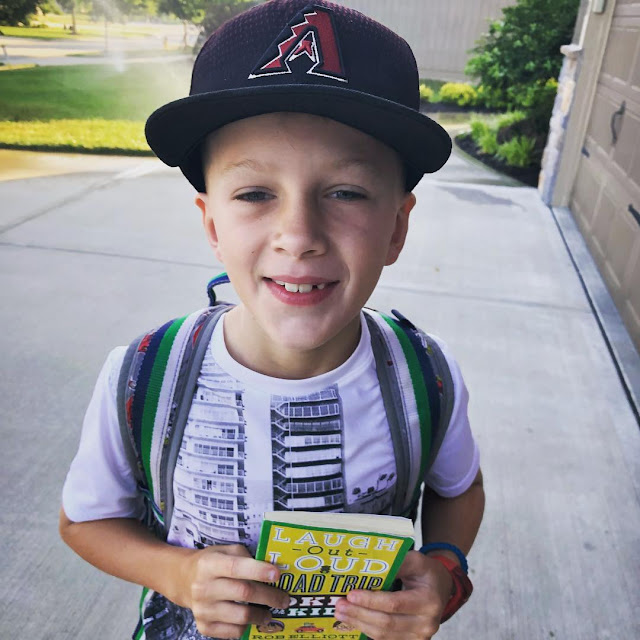