A Visit From Grandma Sara

A little while ago we received a graduation invitation in the mail for my cousin, Anna. Mom got one too of course and called me up and asked if I would ride with her to Omaha to celebrate with the family. It was on a Saturday where we actually had very little going on--one birthday party for the boys and Justin could handle that so I said, let's do it. She came up on Friday afternoon to catch the boys' Friday night game and then on Saturday morning we took off on our adventure.

It's a pretty straight three shot up I29. 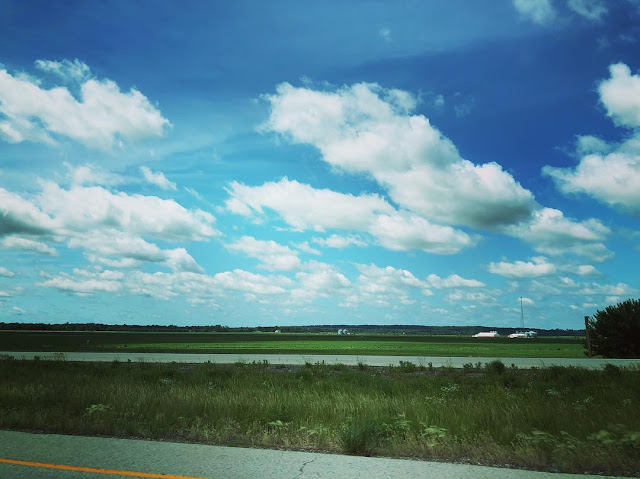 This actually marked the first time in YEARS where my mom and I had any real time with just the two of us. Six uninterrupted hours in the car. It was so nice to just talk and not have to worry about censoring my thoughts or worries because the boys were in the back.

We arrived just before the party was to start and thankfully met Anna and Peggy out in the garage while everyone else was inside, they were the only ones that knew we were coming. So as we walked in a few jaws dropped and arms spread open wide. It was so great to see Aunt Pam and she told us that Grandma was in the living room watching TV so I rounded the corner and said hello, walking towards her and she looked up, said "hi" with a why-is-she-coming-towards-me-look and then she saw my mom. "Oh Sara, I didn't know you were coming" and then light bulb, "Kayla, oh my, Kayla!" We all started crying. It's been awhile since I've seen Grandma Earl, too long & my hair is much darker now so because she wasn't expecting me, she didn't realize it was me.

For the next couple of hours we caught up and more importantly celebrated the graduation girl. 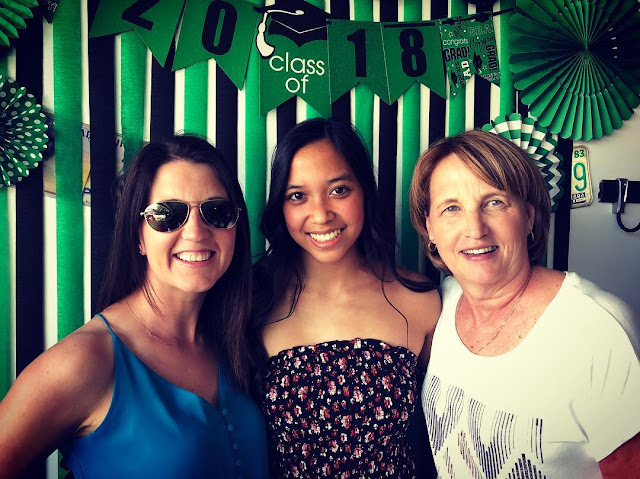 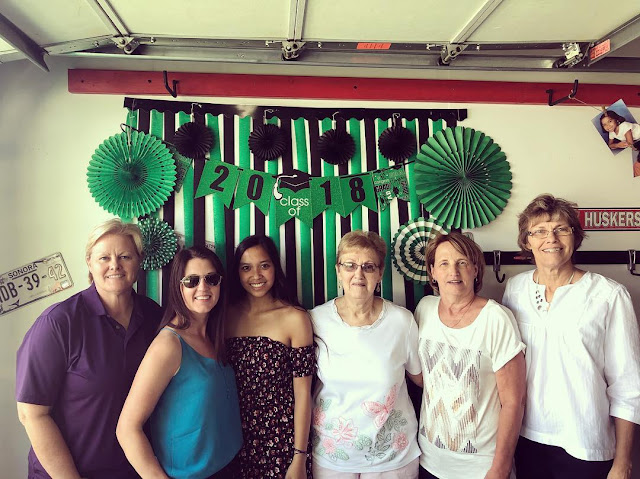 And before we knew it, it was time to get back on the road. The boys were having a batting practice at 7 and we were trying to get back in time for it. As we pulled in, they were pretty much dressed and only about 20 minutes from heading out the door. We hugged, ate quickly and off they went. Mom and I just relaxed on the couch.

Sunday came and we headed off to church, celebrated the beginning of summer with our friends at the pool & then headed to another baseball game. This time though, Grandma Sara saw a win! The boys had such a great game -- it was so fun to see such big smiles on their faces. 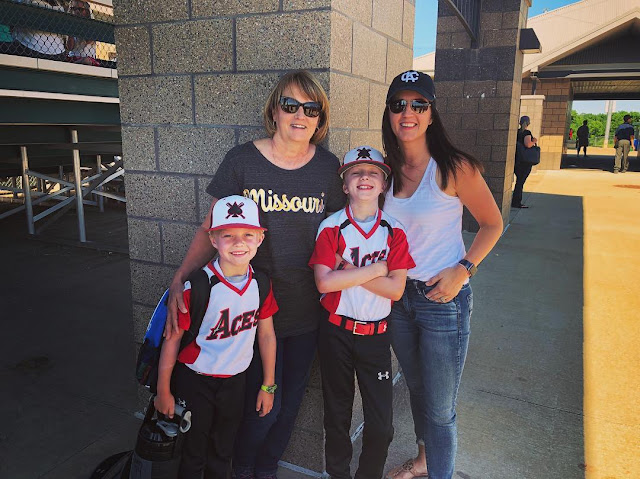 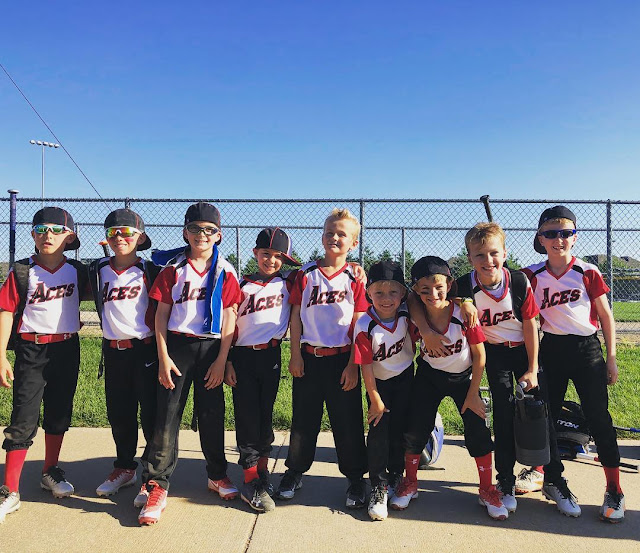 But as big as the smiles were, there was also sadness because the end of the game meant it was time to say goodbye to Grandma Sara. Something none of us ever look forward to saying. Our time is always sweeter when she's with us. 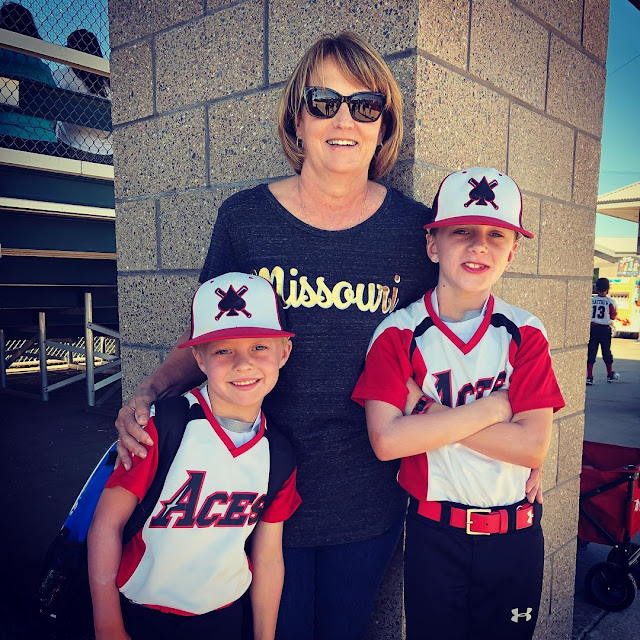