The South MLB Tour was taking us southwest this year---straight into Diamondbacks territory.

This trip wasn't really planned out like all of our others and was kind of last minute too. I knew I had a conference in Tucson that wouldn't  be wrapping up until the Saturday morning of Cinco De Mayo and since Logan's 7th birthday was the following day it got me to thinking. What if the boys were able to fly down and meet me at my conference and then we all could travel up to Phoenix for a few days to celebrate Logan. I ran the idea by Justin once I checked that the Diamondbacks would actually be in town on the 5th of May and he didn't hesitate. Let's do the damn thing.

So on Cinco De Mayo we checked out of one JW and drove 2 hours north just to checked into another JW. We quickly unloaded our belongings into our hotel room and piled back into our rental and headed for Chase Field -- Home of the Diamondbacks.

This marked the 7th MLB stadium for the boys to visit and for Logan, his 7th birthday. 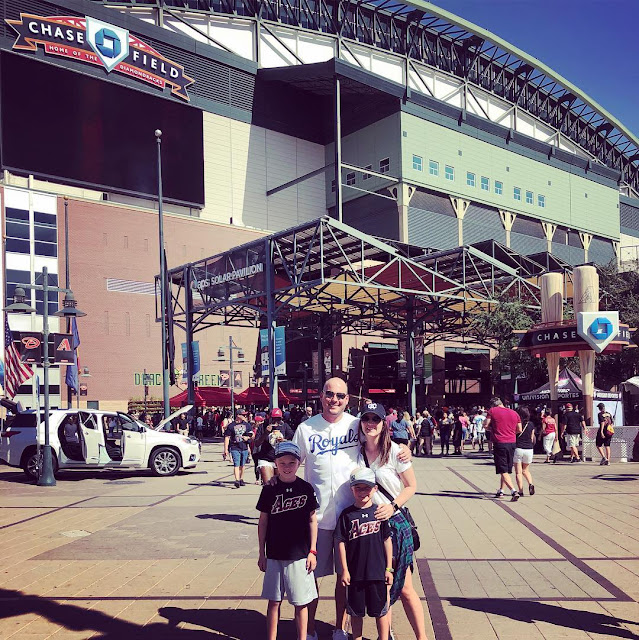 The Diamondbacks were playing the reigning World Series Champions, Houston Astros & an old Royal's favorite was on the mound- Zac Greike. Justin even brought his jersey out of retirement to wear & cheer on #23 -- ForeverRoyal.

The boys wore their Aces shirts -- and without realizing it, the Diamondback's Triple A team is called the Aces so we looked like real DB fans who just happened to be from KC. Kaden was a little put off by my lack of fan gear.

It was a hot. Like really hot. So, of course, the roof was closed which was great since we weren't sweating non-stop BUT it also made it feel like we could have been at any MLB stadium. We did take a tour around the field and watched some batting practice. We stopped at the team store and both boys picked up new DB hats & even managed to talk Justin into a puzzle to take back home 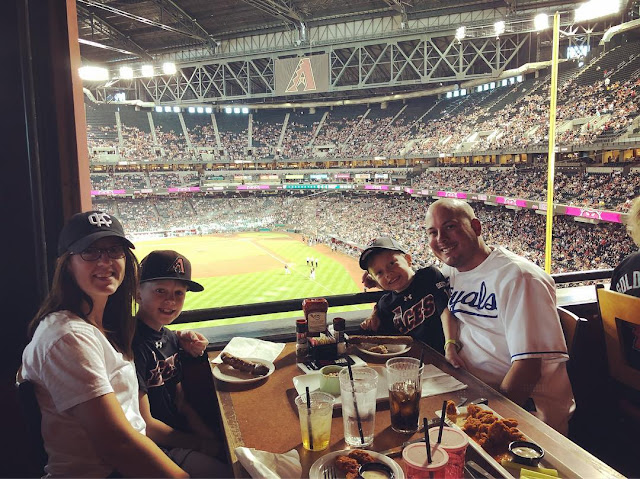 When Justin was looking for tickets to buy he noticed that they had a Friday's Front Row and if anyone knows anything about Justin and I then they probably know that we spent a good majority of my first few years in KC at Fridays. We were what one might consider regulars. It was right down the road from his mom and dad's & we not only loved the food and drinks but the bartenders were some of our favorite people too. It was a no-brainer to purchase these tickets. 50% of the ticket price was given to us in food and beverages so we ate and ate and ate. The boys wanted dessert. Sure. A smoothie, you know it.

We were a little farther from home plate than we would typically be when purchasing tickets but the boys were loving it. & were totally into all parts of the game, even though it wasn't our Royals. 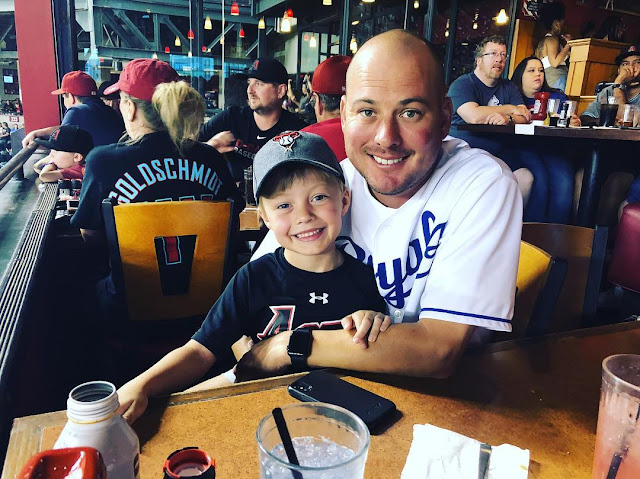 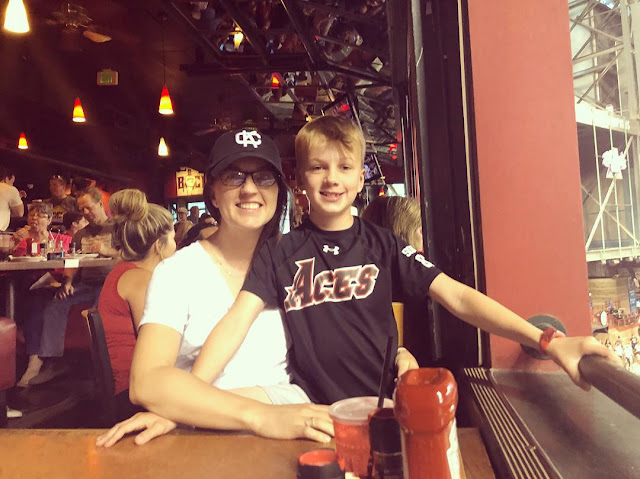 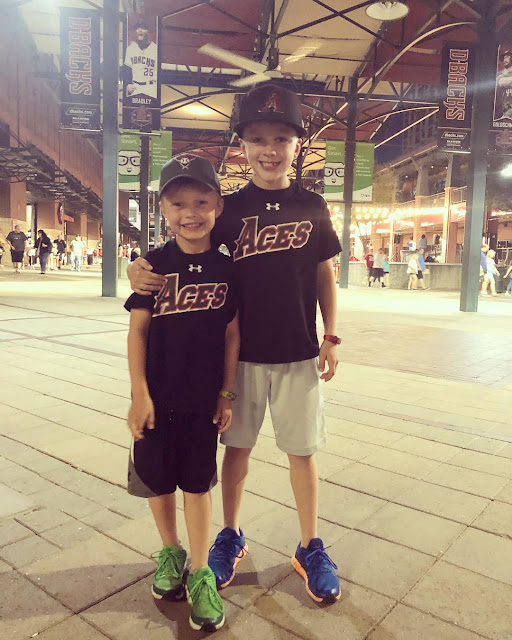 So seven years old and seven ballparks -- with 23 to go. And although he can't be seen in the picture from Milwaukee, he was there, in utero! Good news though, our best friends are moving to LA and we should easily be able to knock out 2, maybe 3 stadiums when we visit them next summer. Maybe by the time they are ready to marry and have children of their own we will have made it through all & they'll be ready to start their own. 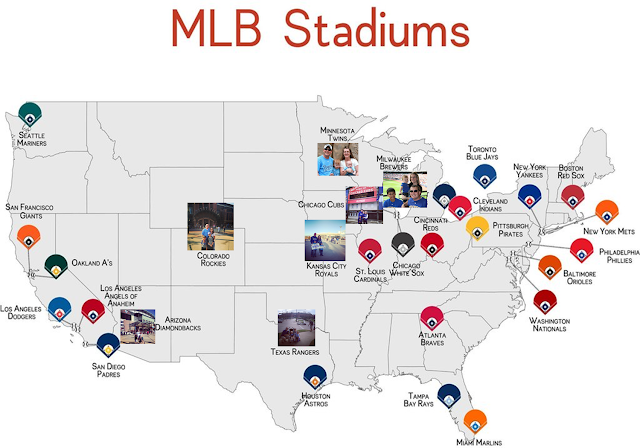