THAT TOOK FOREVER--Peace Out First Tooth

Seven year and 8 days later and his FIRST tooth finally fell out.

Kaden had a pretty epic first tooth story - he lost it at the lake but not only at the lake but IN the lake. So, Logan needed his own. Not only did it take 2563 days for it to fall out which is pretty epic in it's own right but it happened at the ball fields. On the 14th of May wearing number 14. 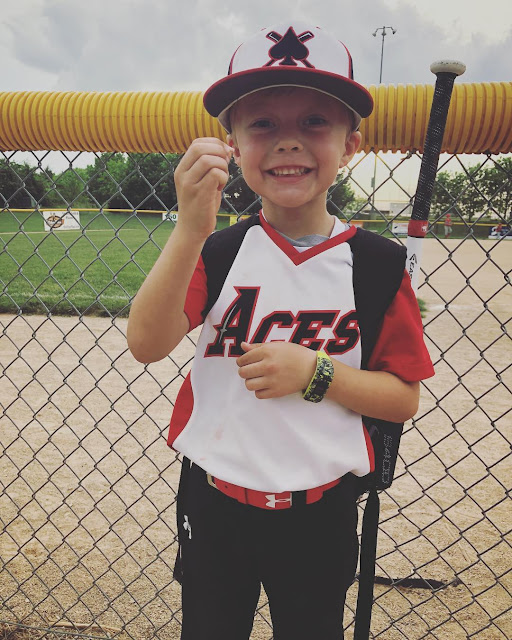 In the 2nd inning he called me over in a panic and showed me that it was "sooooo" lose. It was actually bleeding--totally ready to come out but he did not want me to pull it. "No, Mom. I'm not ready." and off he ran back onto the field. The entire time he was covering 2nd he was fiddling with it. I ran to the bathroom and got a few napkins on my way back thinking that maybe he would use them to pull the darn thing but before I could get them over to him, he was yelling it was out! And showing everyone his tooth in the dugout---one would think there would be a gaping hole but there isn't, that darn shark tooth is already there.

I won't lie either--I'm kind of sad that he lost his first tooth and I think part of the reason why it took so long for him to lose it was partly because I wasn't ready for it. I LOVE his little baby smile with his baby teeth and now, that cute little smile that once was will be no more. I'm sure his new smile will be cute in it's own way but it's just another way where life is reminding me just how quick the years go by. And I don't like it. Next thing I know, he'll be too big for me to hold in my arms and that will be a very sad day for this sentimental momma.

After we got home from the baseball game we put his tooth in a baggie & I placed it under his pillow. He was a little sad that he didn't lose it at school because he really wanted to get the "tooth necklace" from the nurse but I reminded him that the tooth fairy couldn't come if it wasn't under his pillow.

He woke up to two dollars that looked as though they were covered in fairy dust & his tooth was gone. Before I know it, his mouth will be full of holes & the tooth fairy will be working overtime. 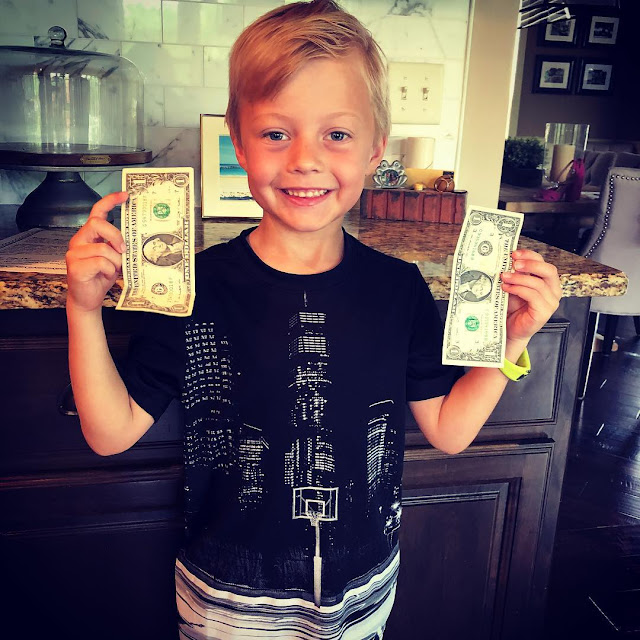