Seven is a big birthday. And even though we had a little family time away celebrating his birthday, he was still looking forward to have his birthday party with his buddies. The weekends leading up to his birthday were jammed pack or Justin was out of town, the weekend after his birthday was Mother's Day so we decided to stay away from Saturday and Sundays all together and celebrate on a Friday.

Logan had decided that he wanted to have a sleepover and take a few of his friends to the movies. Easy, peasy. I reached out to his "crew" and they were all available, only problem, movie times weren't available yet. It wouldn't be until that Wednesday when we figured out that there just wasn't anything worthwhile to watch at the theaters. Yes, the newest Avengers movie was out but I didn't want to put any parent in the position to either say no or say yes even though they really didn't want to. So we just came up with a back up plan. I suggested a movie night at the house -- Peter Rabbit, Logan was in. He really only cared about being with his buddies and having a sleepover.

The last thing we had to pick out was his cake. The cake is something that I do each year for the boys. They give me an idea of what sort of cake they would like -- yellow, vanilla, chocolate or in this case tie-dyed and then they give me a theme. Logan chose Pokemon. I baked the cake Wednesday evening and then on Thursday while the boys were at baseball practice I stayed back and iced it. I kept it simple and when Logan walked through the doors he immediately asked if I got it done. I said, "Look for yourself, buddy." & his eyes lit up like a Christmas tree--the best compliment I could have asked for and making those 1347+ stars all worth it. 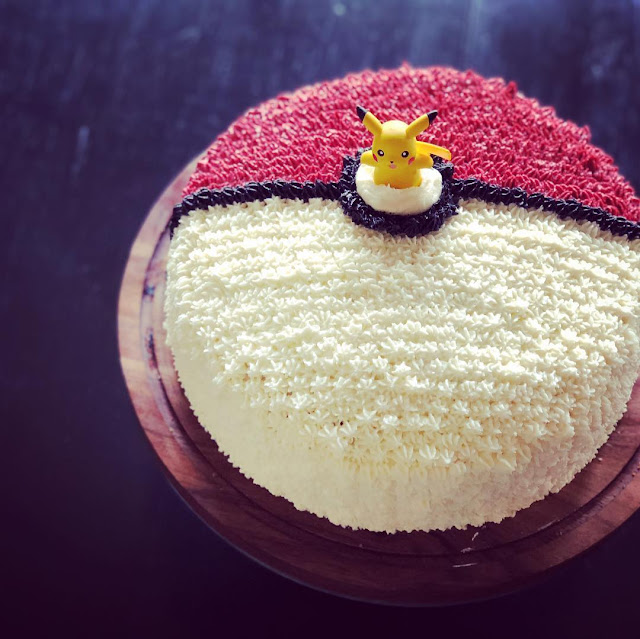 The plan was for the party to start after school. The boys either could ride the bus home with Logan or could meet at our house. Those whose met at our house walked with me to the bus and as soon as Logan and the others hopped off the bus, a group hug commenced. 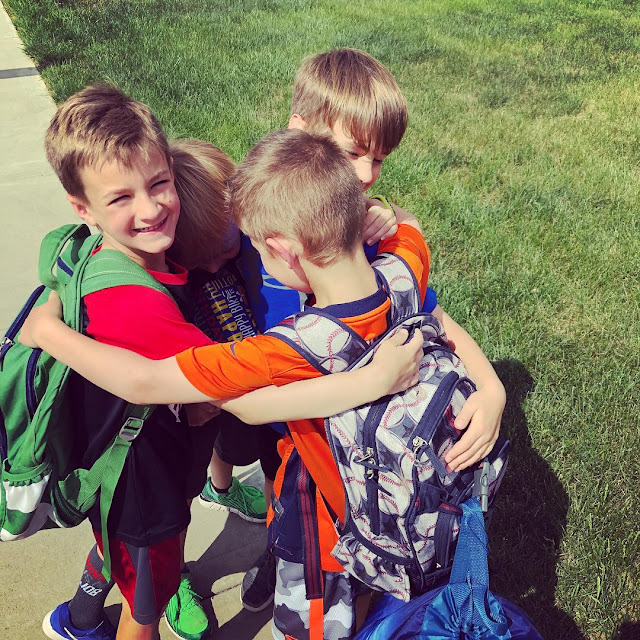 We got everyone settled in and headed outside to play some basketball and soccer. Then we were back inside for a Nerf gun war & then back outside for more play. 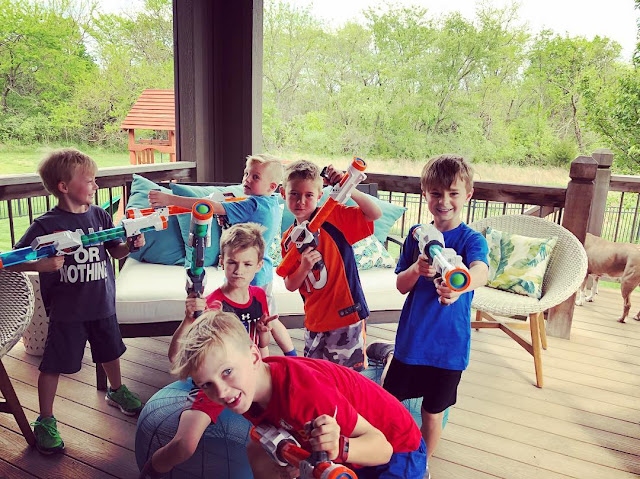 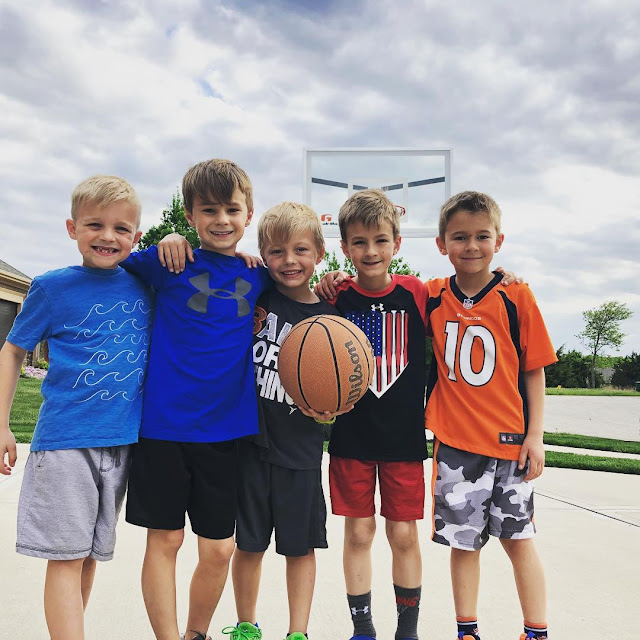 As soon as Justin got home from their school's golf tournament we had some pizza and then followed that with singing Happy Birthday to our birthday boy which only meant cake and presents too. 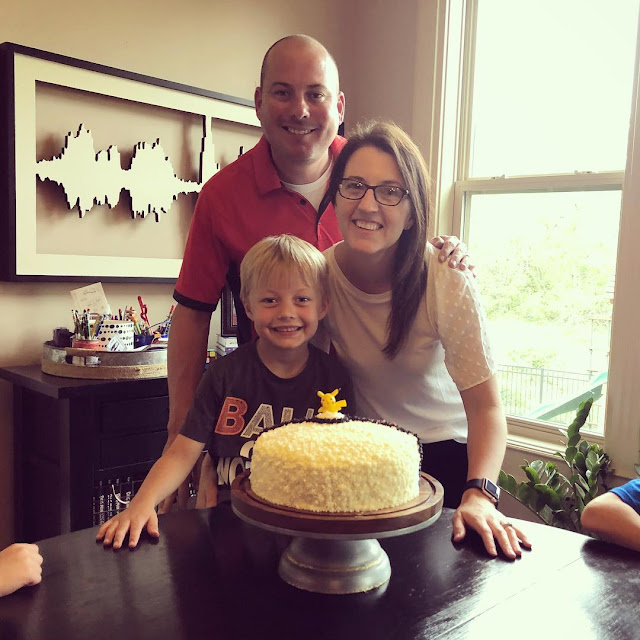 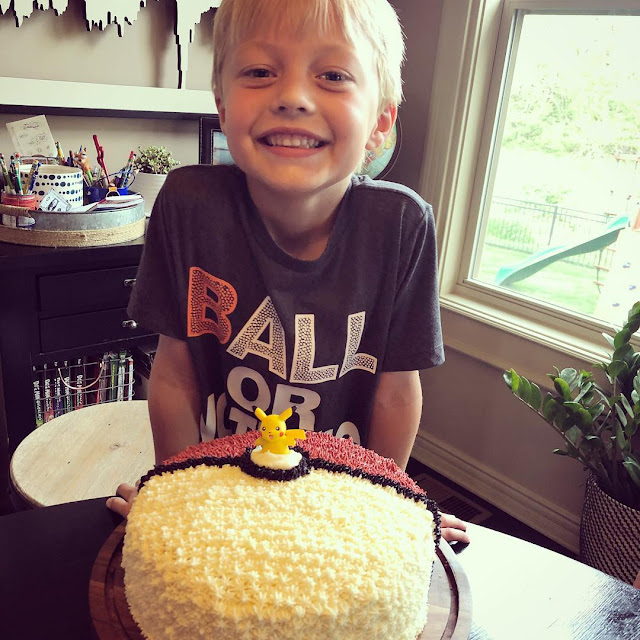 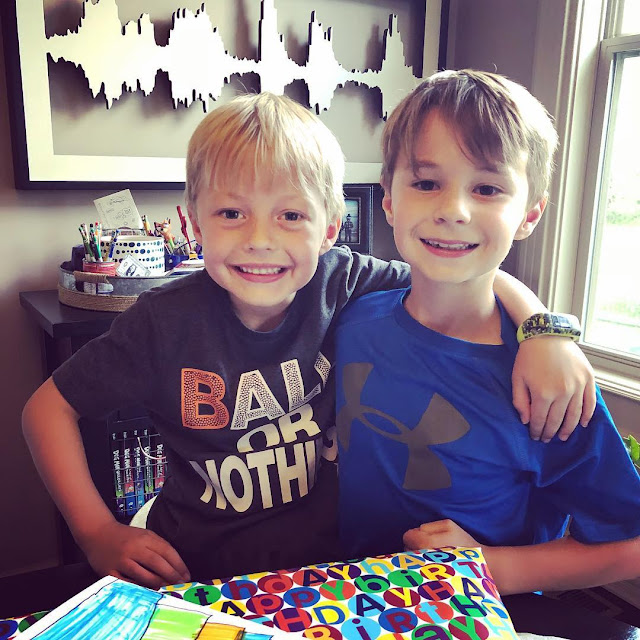 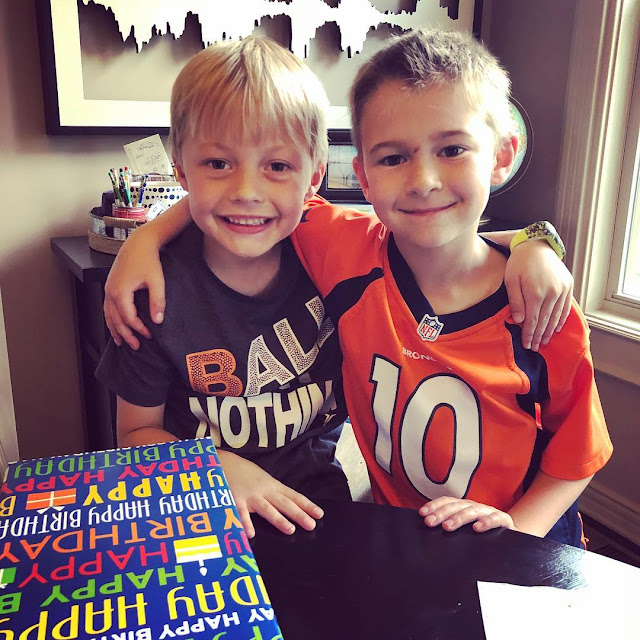 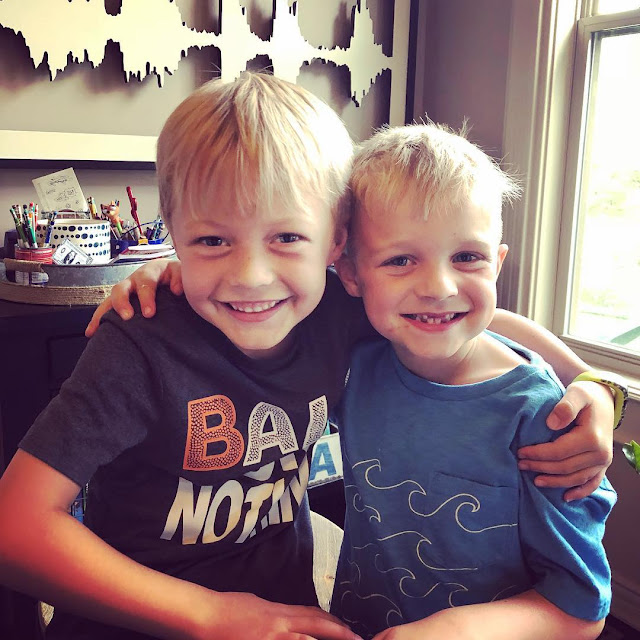 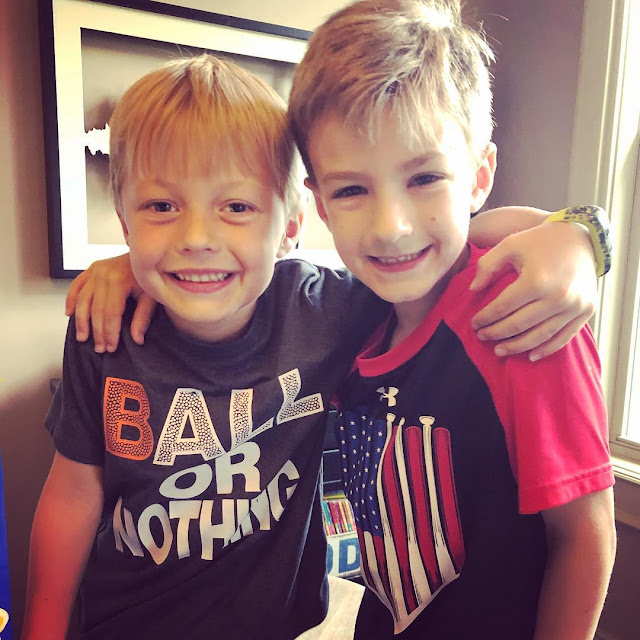 Movie time--consisted of Peter Rabbit and a popcorn bar full of candy toppers in dog bowls. Yes, dog bowls -- no dogs have EVER used them & they were left over from Logan's 4th birthday party the "Logan's Barkery". They actually worked out perfectly. Easy to hold, perfect portion size too. As funny as Peter Rabbit was, listening to the boys and their laughter from watching the movie was definitely my highlight. 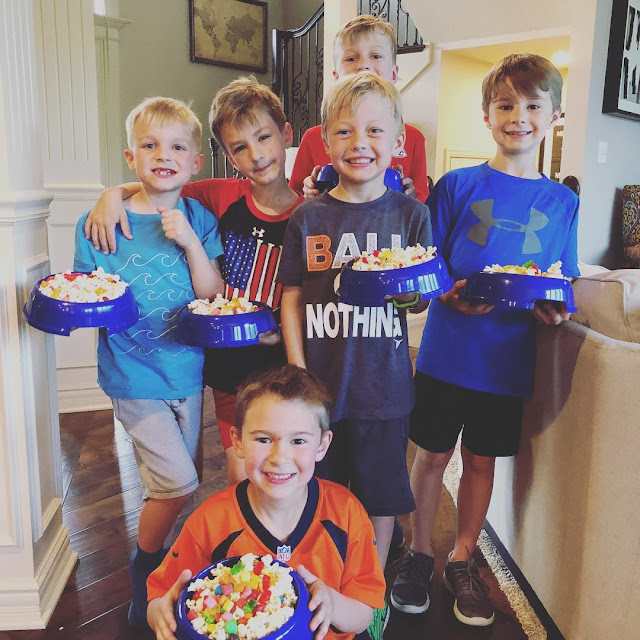 After the movie was done we said goodbye to Seph & then it was time for the boys to brush their teeth and head off to bed themselves. They wanted to talk a little so I gave them until 10 to talk, as long as they didn't get up. I'm not sure what I was expecting to hear BUT I could not stop smiling. They kept asking Alexa question after question. Mostly to do with diarrhea and Captain Underpants which was always followed by uncontrollable laughter.

At 10:00, I broke up the party. I sat quietly in Logan's rocking chair as they drifted off to sleep one by one, all within minute of each other. Before they fell asleep I reminded each of them that when they woke up not to wake the others up but to come on down and let anyone who would like to sleep, sleep. Well, that didn't happen but they did wake up the exact same way they went to bed, with laughter. The day started at 6 am on the dot, thanks Alexa. 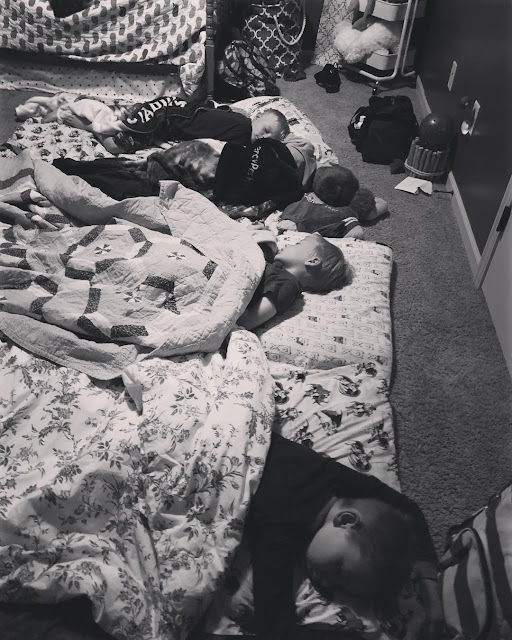 The friendship that these boys have created is something special and I can only pray that they are part of each others lives for a very, very long time to come. What a perfect celebration it was.
Posted by Kayla South at 10:59 PM