Well, that year flew by. Too fast. 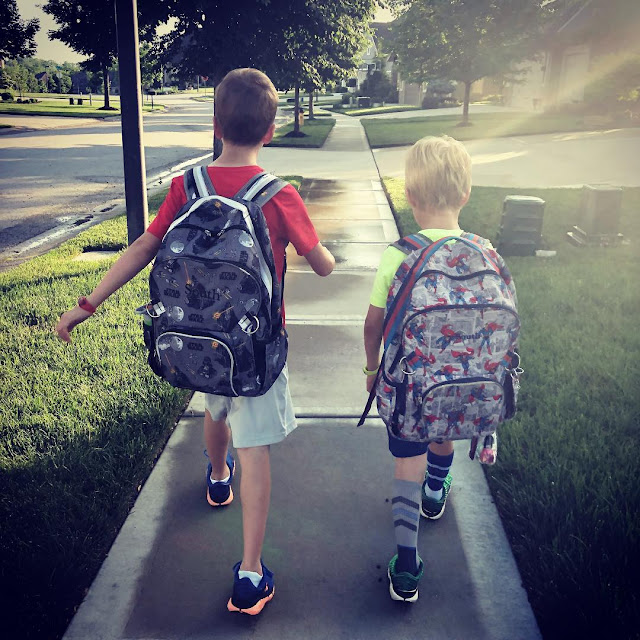 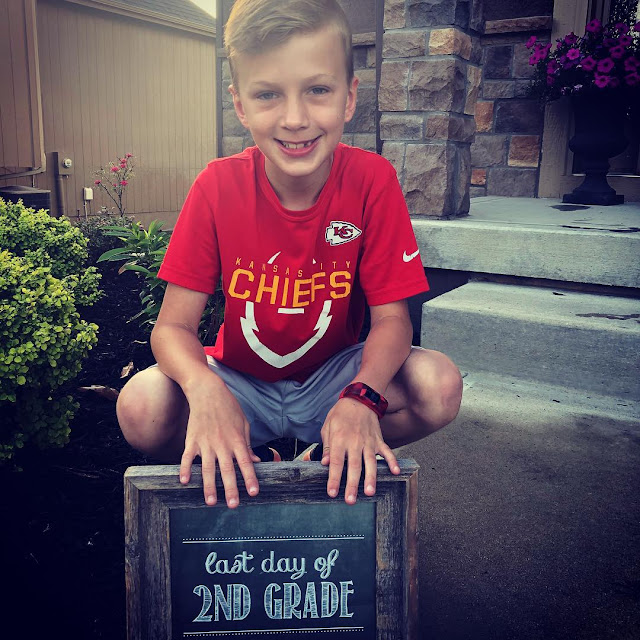 This school year was one for the books and in the very best way too. Kaden's first grade year was one we were ready to turn the page on, to move to the next chapter. This year however, I didn't want it to end. Before starting the school year we started him on some ADHD medicine and knew it would be a year of roller coasters but we were up for the challenge. We knew we would be flying high when his medication was working but there was the probability that he may grow tolerant to them and we would find ourselves in a valley, wondering where we go next. And we did. We had highs and lows, changed medication a number of times (and still don't have the right cocktail figured out) BUT his teacher made all the difference in the world. She PARTNERED with us. She knew just how hard Kaden was trying and that his ADHD was a real problem BUT not with who he is. She allowed him to shine when he could and provided support when he needed it. His confidence grew this past year and I believe whole-heartedly it was because of her. And at the end of the day -- he did it. He may not have had the best handwriting and might not be the most organized but he excels at spelling and math & his grades are grades that ANY parent would be happy with. You are now looking at a third grader. 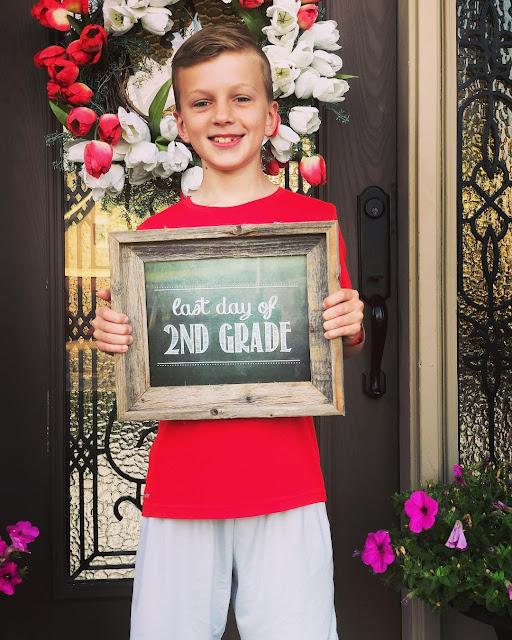 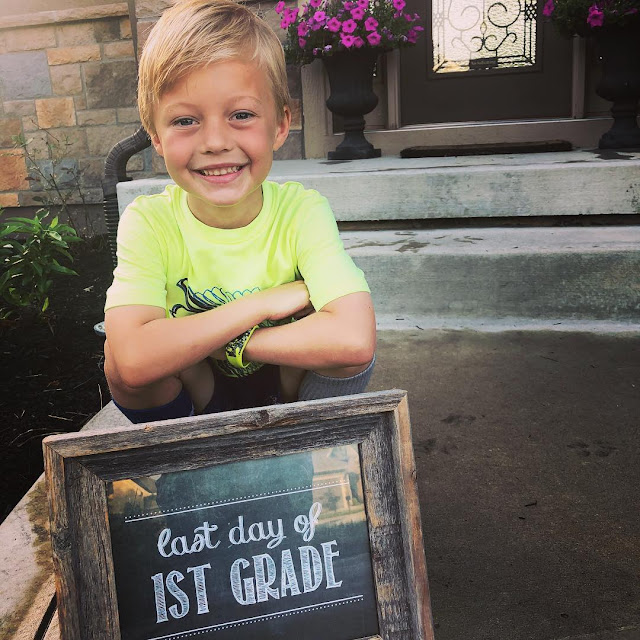 Oh, Logan. First grade was another wonderful year for him. He grew a few inches taller and his heart and mind grew even more. Logan is smart as a whip and it comes pretty easily to him. He doesn't mind homework and he LOVES to read. He started the year out with some smaller chapter books and ended the year with the real deal. He was loved by everyone--even a little girl in his class who he promises is "just a friend". We had a few issues with his handwriting at semester, his As, Os, Gs -- all of which he writes non-stop since it's in his name -- were all done somewhat backwards but he worked and worked and by March he got it and he's not looking back. His grades -- I mean -- they're great. I dislike so much about MAP testing but when you have scores like him, it's hard to dislike. His teacher was so lovely and allowed him to create his own identity outside of his brother -- being only a year apart in school can make things like this tough. She supported, encouraged and most importantly, challenged him. I'd say any teacher that gets Logan is sure to be in for a wonderful treat. 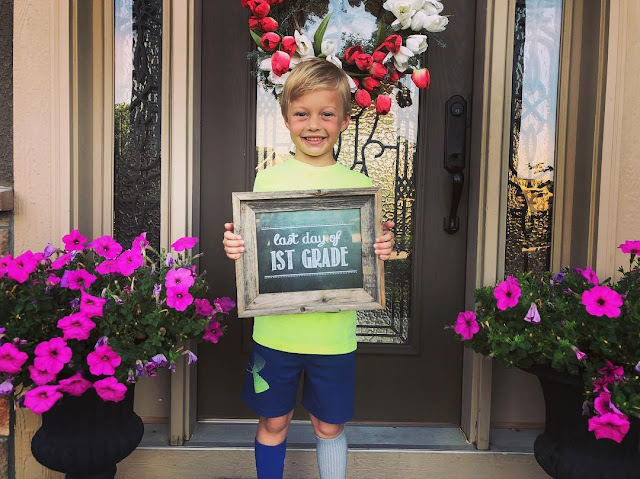 And as a treat for such a successful school year, they were rewarded with a trip to the pool before heading down to the lake. 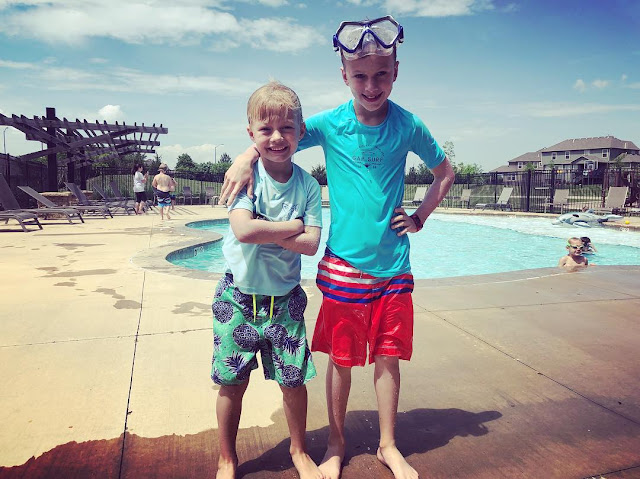