It was first grade musical time which meant one thing...it was Logan's turn.

The kid LOVES signing, dancing and performing. At least for now. He'd been talking about his classes performance for sometime now & how he was going to be a ranch hand. It was code for a farmer which all the extra boys and girls who didn't get an animal costume filled the role. He didn't seem to mind one bit, he was going to be the best darn ranch hand there was.

My mom came into town for a few days and was lucky enough to catch "opening night". (There's only one night of performance but Logan still referred to it as opening night.) The program was at 7. Doors opened at 6:30. We left the house at 6:10 for the 3 minute drive to the school. Now, I didn't grow up here in the Kansas City area but I do know how these school functions work up here which meant, we needed to be SUPER early if we wanted a decent parking spot or a seat in the gym. Mom just kind of chuckled at me, thought I was being crazy but when we arrived at 6:15, there was already a line at the door waiting to be let in. You'd have thought it was a Broadway musical, not just a 1st grade program---but on the other hand, it's pretty amazing to see all the love and support these 1st graders received from their family and friends. Before getting out of the car, Logan made sure that we both had a Kleenex with us, there was going to be a sad song and he wanted us to be prepared. He seriously has one of the kindest hearts I've met. So lucky he is ours.

The performance was "The Cheese Stands Alone" 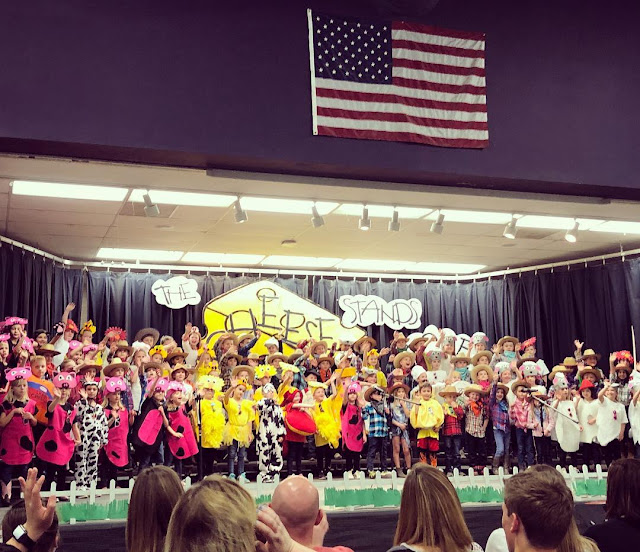 Logan did not have a speaking spot BUT he did have to hold up the letter "S" during one of the songs. Talk about pressure. He nailed it though--held it up just at the right time and not for too long. And let's hear it for his actions -- on top of it!


I do need to take a moment and give mad props to one of his friends, The Cheese. This young man had line after line that he had to memorize and sang an entire song all on his own. I know how proud I was of my own son but heck, he just came down and held up a sign when he was told to and then went back to his spot on the stage, serious responsibility but you know. The Cheese, well, he his responsibility was at a whole other level and he NAILED it. Every single part. And his parents were beaming with pride, I was beaming right alongside them.

Twenty-two minutes of complete cuteness and smiles were planted across every student and every guest in the gym. As talented as those kiddos were, our music teacher is even more so--I mean, 99 first graders all on one stage with zero hiccups or miscues. It was one well oiled performance. 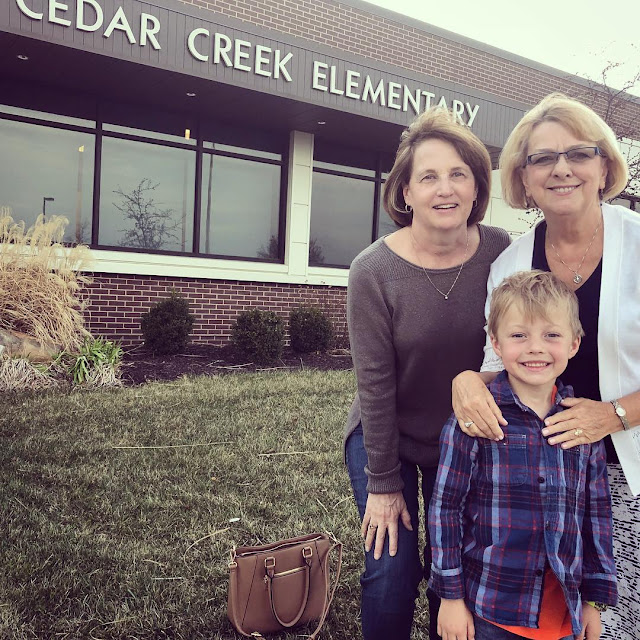 To note, big brother South wasn't in attendance for the evening performance, he caught the first performance during school hours and headed to baseball practice with his team. Although he wasn't there, he was Logan's biggest cheerleader and supporter. 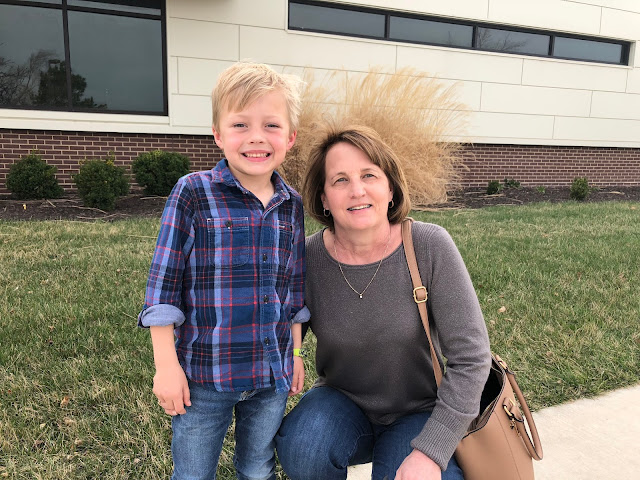 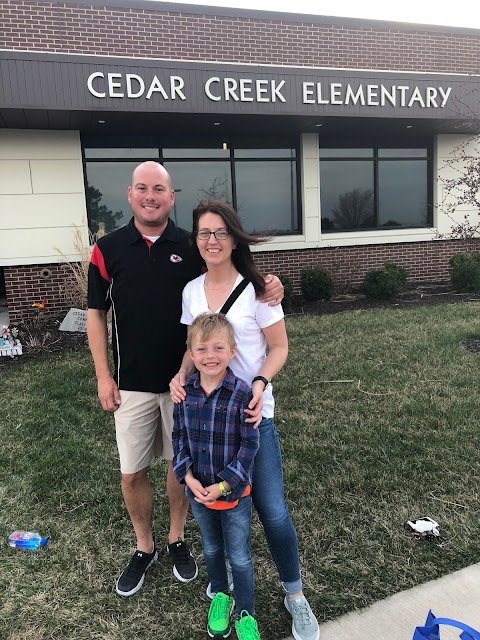