Typically our Easter weekend is full of sunshine and spring flowers--this Easter was the exception.

So we settled on him going and if he wanted to come home early, then we would bring him home. 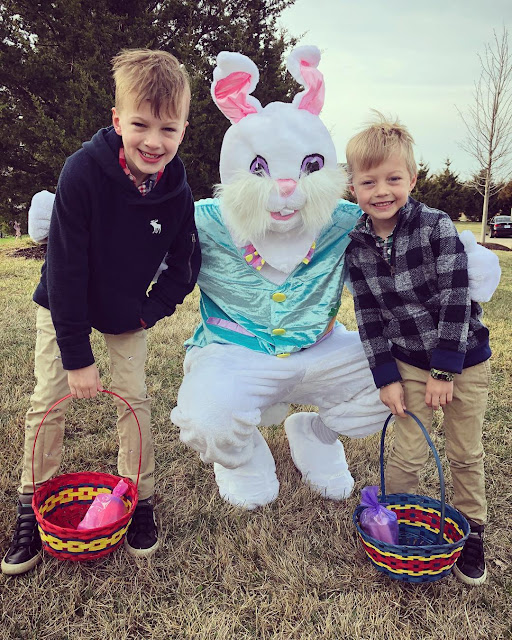 He pushed through for a good 20 minutes and then he was done. Justin took him home and when I arrived back home we gave him some medicine in hopes it would help out. It did and in a matter of minutes he was up and moving around. He didn't want to miss out on any Easter Fun. 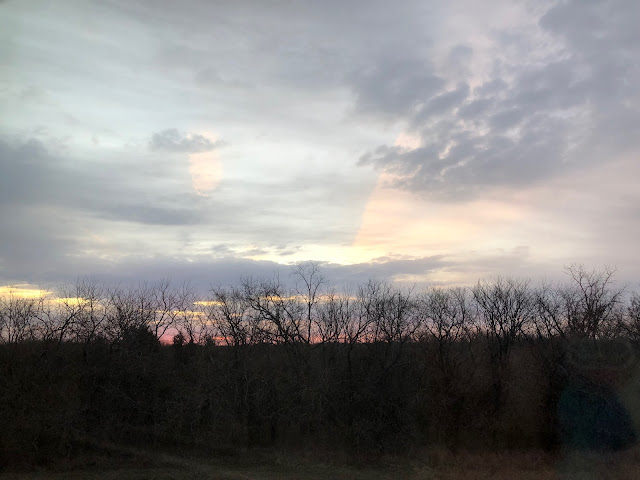 The next morning, Easter Morning, the boys were up bright and early. Easter Bunny still does his thing around the South house. Although, both Kaden and Logan mentioned they knew EB wasn't real from the egg hunt but they were excited for the real one to come and visit while they slept. 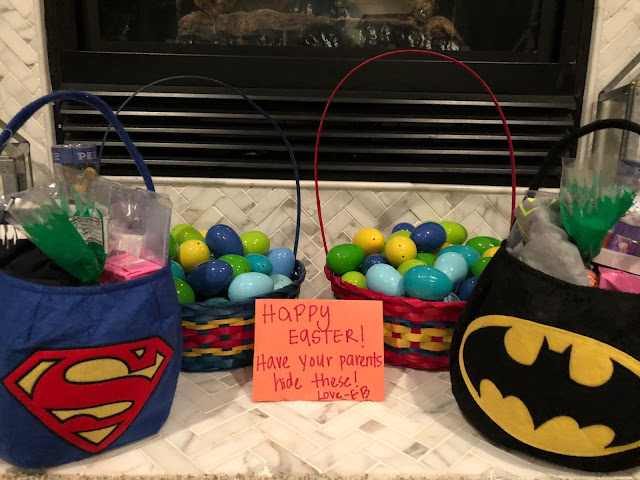 We kept the Easter baskets this year to a minimum--some Under Armour tights and a shirt plus some candy and bath bombs--which are calling my name.

Soon after our guests started to arrive--we were hosting brunch again with Justin's mom & Craig, Becky, Adan and Colton, Justin's Aunt Barbar and her son and DIL, Justin's Aunt Carolyn and Uncle Gary and then Uncle Bob. The house was full. Uncle Bob and Stoli became instant best friends--Gus, well, he was left in his kennel, he has a little too much energy for our guests that were joining us. 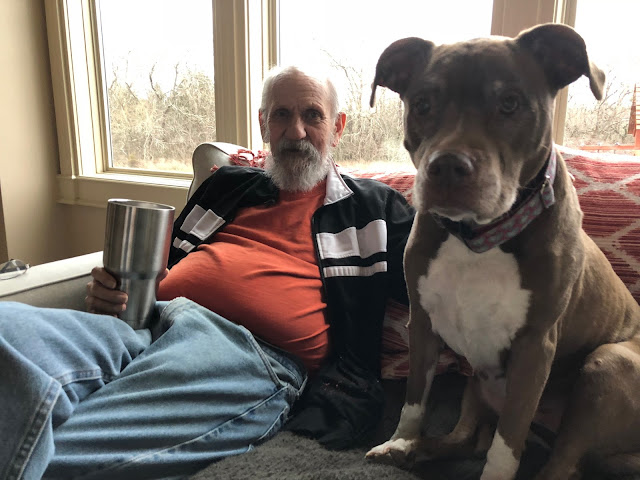 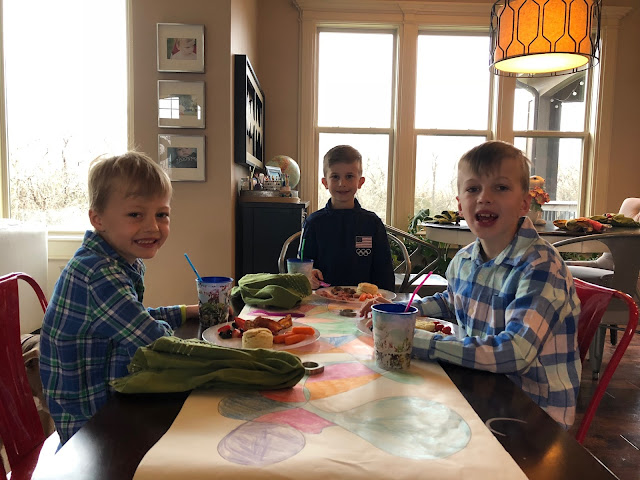 Since it was snowing the Easter egg hunt had to be held inside. The boys didn't seem to mind too much -- and neither did their hair, we should really try harder on that!

Like most years, I purchased each of the boys a Lego set & then split the pieces into 11 large eggs. Since I had to ensure they all found ONLY their Lego pieces, I added their initials to the eggs. They were only allowed to pick up 15 small eggs and the large eggs that had their initials on them. Last year it was color coded but I didn't have the eggs to do that this year and this added another element of fun---the boys would find an egg, check it out and then sneak away so that they wouldn't give it away to the other two. 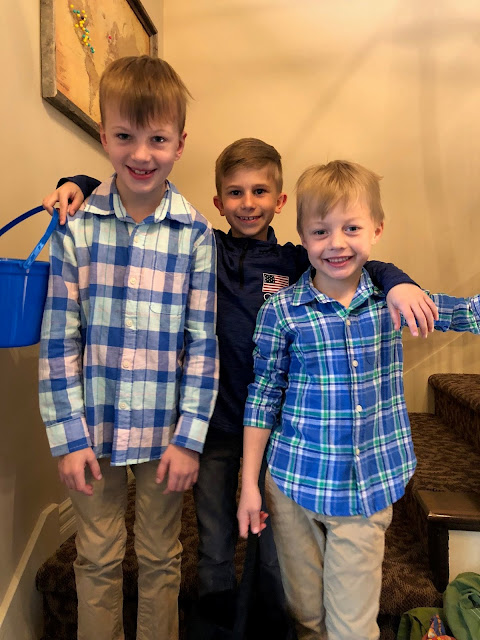 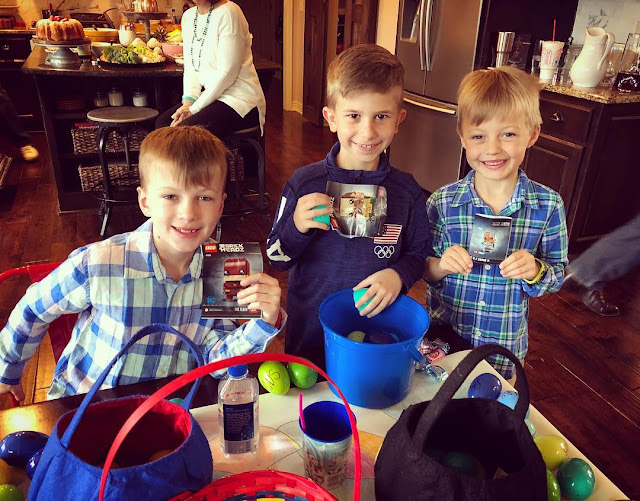 After the hunt we quickly celebrated Justin's birthday. He would turn 37 the following day & that couldn't go by without celebrating.

The weather was yucky but the company and the good was as good as ever & being with family, especially family we don't see very often--is always special.
Posted by Kayla South at 9:16 AM